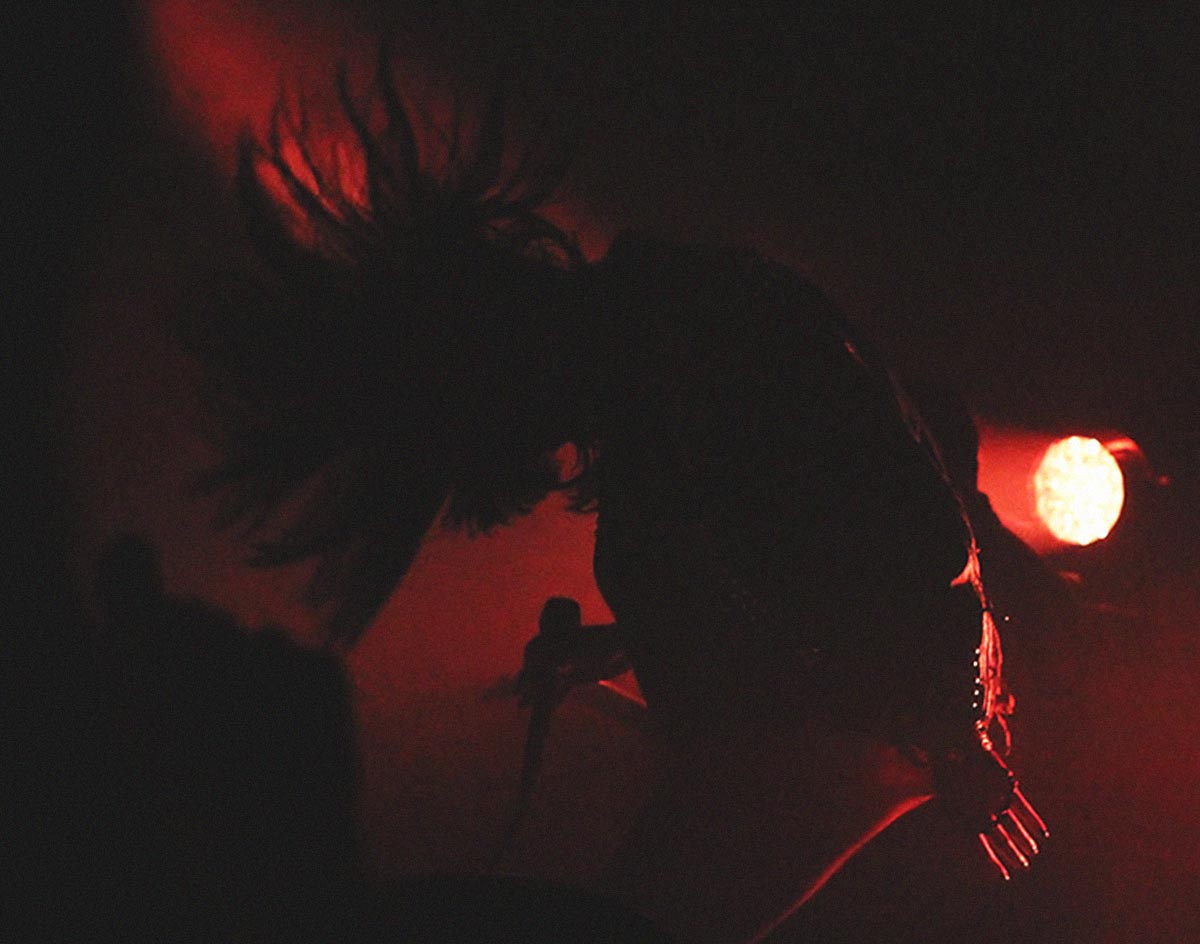 This Week In Dallas, You Can Jam Out With Dead & Company, Ring Your Eardrums With Sleigh Bells, Rev Your Engines With Red Bull And So Much More.

We don’t talk often enough about how Ticketmaster sucks.

It’s criminal that the leading ticket vendor is so unreliable, consistently screwing over its customers.

This weekend, #ticketmasterscam trended on Twitter after sales opened up for the highly anticipated world tour of the K-pop band BTS, which was rescheduled from earlier dates due to the pandemic.

You already know how the stans are — there’s millions of them and they’re crazy dedicated. And, so, fans sat in front of their computer for hours, waiting to get through the queue and score some tickets, only to find that there were none left.

Scalpers had bought them all up, leaving fans empty-handed and pissed.

Scalpers — resellers who squeeze past the queue and buy event tickets in bulk to sell them at inflated prices — are able to somehow get their grubby hands on just about every Ticketmaster event, but with extremely popular acts like BTS, they swarm like locusts and leave nothing behind.

In fact, two journalists actually went undercover back in 2018 and found that Ticketmaster actively lets these resellers screw over fans in exchange for a cut of the profits.

Despite the company insisting over the years that they prioritize accessibility to fair purchases, it seems its greed is too overpowering. Now, scalpers are publicly and proudly discussing their hustle of charging $4,000 to $12,000 (!!!) per ticket. Meanwhile, Ticketmaster continues to mostly look the other way.

The company’s fan support department only tweeted regarding the BTS debacle to suggest that shows were sold out “due to overwhelming past purchaser & Verified Fan presale demand.” Of course, the stans aren’t buying it, and neither are we.

Unfortunately, there will be some Ticketmaster links included for the below roundup of the top events going on in and around Dallas this week. Why? Because it’s their world and we’re just living in it, apparently.

Now, we shall manifest that you get to see your favorite acts this week at a fair price.

J. Cole, 21 Savage at the American Airlines Center
Superstar rapper J. Cole is featuring 21 Savage on his current “Off-Season Tour,” which is so named after his latest album. J. Cole is also hot off a win, having received the award for Lyricist of the Year at the 2021 BET Hip Hop Awards. For his part, 21 Savage recently dropped some new music for the soundtrack to Spiral, the newest installment of the Saw franchise.

Madison Cunningham at Tulips (Fort Worth)
This Americana/folk/rock artist from California already has a Grammy nomination to her name for Best Americana album in 2019 — and she’s only 24. During the year of the release of her album Who Are You Now, she also toured with Andrew Bird and received a vocal credit for his album, My Finest Work Yet.

Dance Gavin Dance at The Factory in Deep Ellum
Head over to the factory and dance, Dallas, dance! Or, mosh — there’s a lot of screaming with this band, which sports two lead singers. John Mess does the screaming, and Tilian Pearson contrasts the hardcore with a high-ranged, emo vocals.

The Price Is Right Live at Texas Trust CU Theatre (Grand Prairie)
Come on down! You could be the next contestant in this (non-televised) version of the popular and venerable TV game show, playing mini-games like Plinko for cash and other cool prizes.

Hellogoodbye at Dada
At this show, you can see one of your favorite emo bands from the ’00s and early ’10s, and whisper to frontman Forrest Kline, “Hello, I’ve missed you quite terribly.”

H.E.R. at Texas Trust CU Theatre (Grand Prairie)
Ladies and gentlemen… H.E.R. There’s been big talk of this R&B artist since she burst onto the scene in 2016. In 2017, she was nominated for five Grammy Awards, winning two of them for Best R&B Performance and Best R&B Album. Then she won a couple more awards this year — a Grammy for “I Can’t Breathe” and an Oscar for “Fight for You,” an original song for the movie Judas and the Black Messiah.

Emotional Oranges at Trees
This duo, whom we know only as “V” and “A,” bring R&B-pop tunes that are perfect for cruising down the coast. The vibes are just right, from the juice-centric album titles to the all-orange color palette.

Mannequin Pussy at Dada
This Philadelphia indie-punk outfit started receiving ramped-up success in 2020, following the release of their third album, Patience. Then, mid-tour, you-know-what happened, forcing the group to stop the remaining shows and put a hold on their newly blossomed career. As it did for many creatives, the worldwide anxiety inspired some new material, and Mannequin Pussy cranked out their five-song EP, Perfect.

Beach Fossils and Wild Nothing at Amplified
Two dreamy synth pop bands, one show. You could say they’re partners in motion. Yes, what a pleasure!

Dead & Company at Dos Equis Pavilion
Grateful Dead’s Mickey Hart, Bill Kreutzmann and Bob Weir join forces with John Mayer, Allman Brothers’ Oteil Burbridge and Fare Thee Well’s Jeff Chimenti for an powerful musical crossover. The group is best experienced live; as such, you’ll find no studio-recorded albums in their discography. Also, only pull up if you’re vaccinated or tested negative for COVID, as Dead & Company said they canceled their Florida show to “routing and production logistics,” but the rumor mill says it’s because of the state’s guidelines not matching up with the tour’s.

Maluma at American Airlines Center
This Colombian pop artist started his career at 16 and has since been a prevalent figure in the urbano scene ever since. He’s released tons of singles and remixes so far this year, including “Sobrio” and “Crazy Family”, the latter of which saw him paired with Megan Thee Stallion and Rock Mafia for a song on the soundtrack to the newest animated Addams Family movie.

JPEGMAFIA at Trees
This Brooklyn rapper is more experimental than most of his peers thank to his incorporation of lo-fi elements and an industrial sound in his music. He’s also a veteran, having served in the Air Force at 18 before later being honorably discharged. In 2018, he released his album Veteran, and then dropped dog tags and other merch on Veterans Day, giving a fraction of the profit to The Soldiers Project.

Sleigh Bells at Granada Theater
If your music library needs a little shaking up, this voluminous duo will give you something new to try with their multiple genre-influenced noise pop. Check out their wild reimagining of the folk song “Where Did You Sleep Last Night” for a taste of what you’re in for at this show.

Anderson East at Trees
This blues-y rock crooner just dropped his fifth album, Maybe We Never Die. The title track is inspired by his late grandmother, who struggled with Alzheimer’s. Interestingly, he first brainstormed the song while floating in a sensory deprivation tank.

Alec Benjamin at The Factory in Deep Ellum
Singer-songwriter and soft boy Alec Benjamin knows how to write vulnerable indie-pop tunes that’ll soothe your soul and get you into your feelings a little bit. Active since 2013, he reached a wide audience with his 2018 song, “Let Me Down Slowly”. He also speaks a good deal of Mandarin, and is soon releasing a Mandarin version of his latest single, “Older.”

Red Bull Racing Show Run Dallas
If loud amps aren’t doing it for you this week, head over to the race track to hear some Formula 1 engines roar. In addition to Red Bull Racing driver Sergio Perez taking one of his team’s cars for a spin through the streets of the Harwood District and Victory Park, this event will also feature various other stunt performances. Gearheads, you’re gonna wanna be at this one.

Polyphonic Spree at Kessler Theater
This iconic, dozen-plus-member Dallas band combines choral music with rock, and wraps it all up in a symphonic, psychedelic bow. A few years after formation, the group’s label dropped them for lack of sales — but, unfortunately for the label, that’s when The Polyphonic Spree started gaining traction, having songs featured in various commercials, TV shows and films. This is the first of two back-to-back nights in which the band will be performing at the Kessler, with both shows being recorded for the release of an eventual live album.

The Lone Bellow at Granada Theater
This folk trio hailing from Brooklyn was initially a solo project for Zach Williams, who turned personal journal entries into cathartic songs. But he was soon joined by Brian Elmquist and Kanene Donehey Pipkin, with all three unifying their talents into one cohesive sound.

Kane Brown at American Airlines Center
This singer-songwriter may associate his music mostly with country flair, but he has collaborated with artists across genres, including DJ Marshmello and rapper Swae Lee. He initially found success via the internet, acquiring millions of views online for his covers after he quit the X Factor when production pushed him to be part of a boy band. Now, he’s making music on his own terms and knocking down barriers for Black performers in the genre in the process.