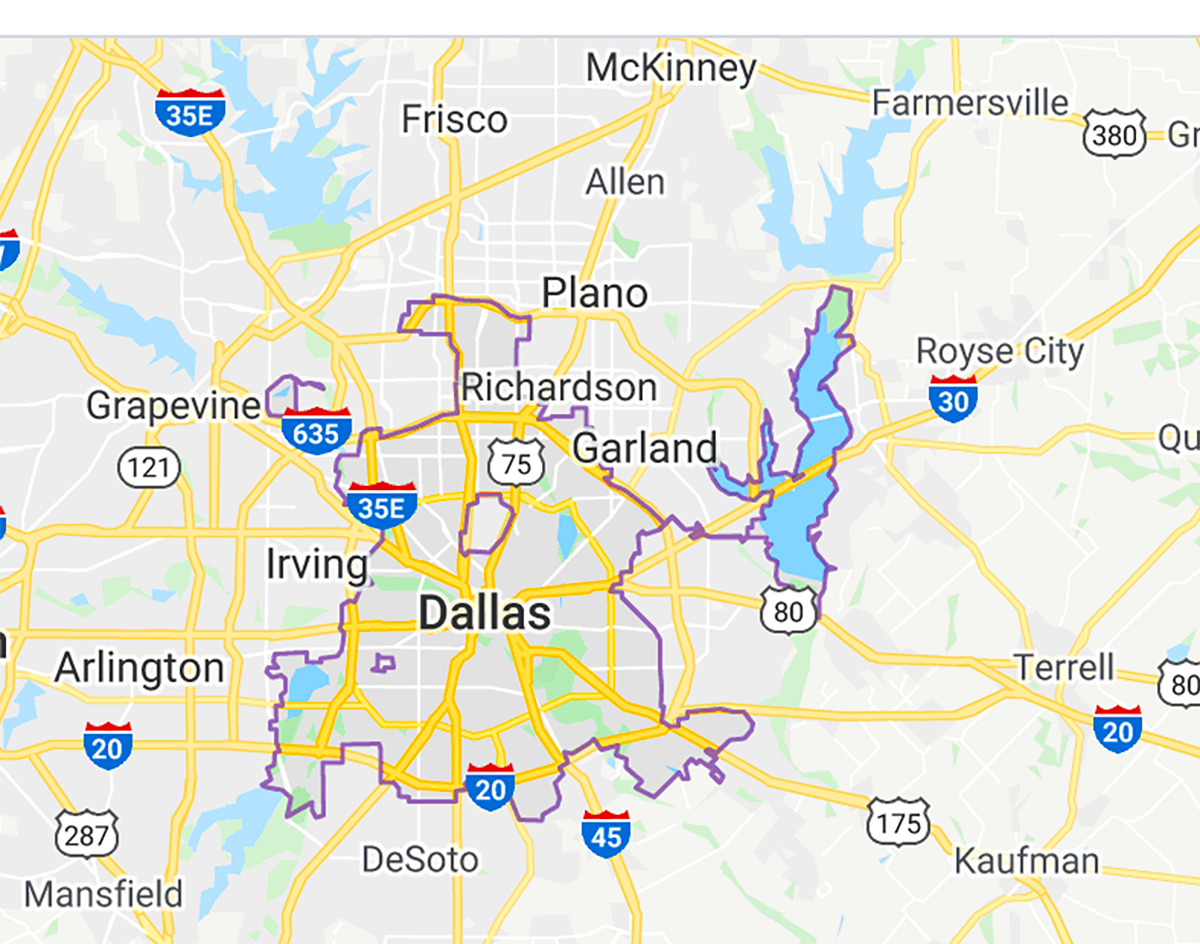 While We’re All Confined To Our Homes, A Randomized Bot Account On Twitter Is Posting Google Maps Photos Of Addresses All Over The City.

While we all seek new ways to go keep from going stir-crazy as we responsibly isolate ourselves, we’ve found a new way for you to feel like you’re still out there running around the streets of Dallas — or at least the empty lots of Dallas, anyway.

Though it’s managed by twitter user @qclstridium, Every Lot Dallas is a bot twitter account that posts photos of buildings, fields and driveways and their corresponding randomized addresses throughout the city. With every half hour comes a new house, parking lot, business or, well, whatever (so long as it has a physical address) from around the city being tweeted.

SEE ALSO: PHALLUS, TEXAS. // Five Things In And Around Dallas That Look Like Dicks.

It’s the product of a coding trend started initially by an urban planner based in New York City named Neil Freeman, whose algorithm coding source for the bot has been made public.

Our bot still has plenty of catching up to do, as this coding system first began elsewhere as early as December 2015. Dallas’ iteration only first appeared in December of last year.

But it’s still fun to scroll through!

SEE ALSO: 15 THINGS THAT KINDA LOOK LIKE DALLAS. // Dallas Is A Super Weird-Looking City On A Map, And The Collection Of Things It Somewhat Resembles (If You Squint Hard Enough) Is Also Bizarre.

If you somehow manage to get through all of the photos from our local account (more than 4,000 at the time of this publish), there are several other cities in the U.S. with a dedicated account for you to explore — y’know, if you missed your chance at a $12 flight to places New York, Philadelphia and San Francisco.