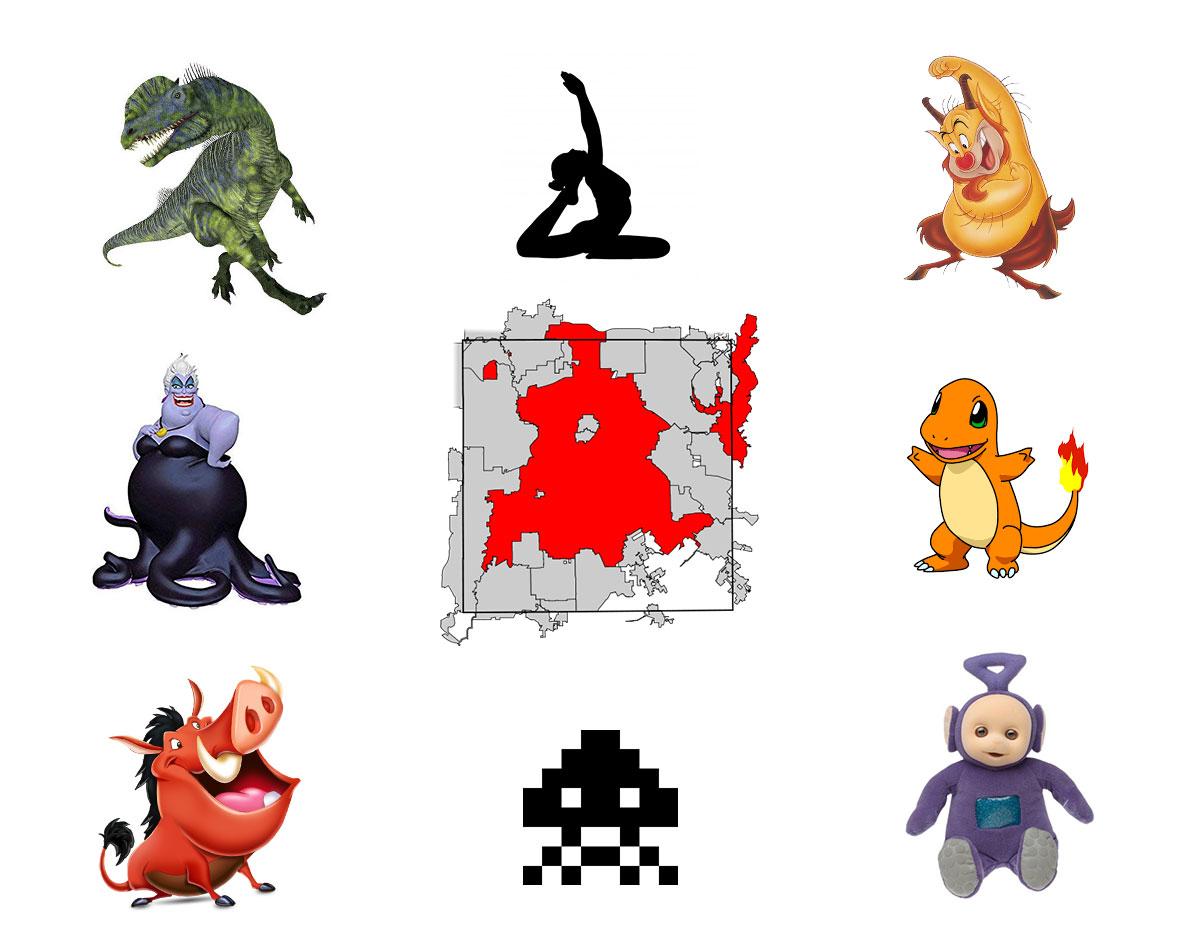 Dallas Is A Super Weird-Looking City On A Map, And The Collection Of Things It Somewhat Resembles (If You Squint Hard Enough) Is Also Bizarre.

We all know that Dallas boasts a truly gorgeous skyline. But have you ever actually looked at the city on a map? It’s a gnarly sight, folks.

There is, of course, a reason for this. Because Dallas’ shape was far less determined by geographical features (apologies to Lake Ray Hubbard) than by the messy process of gradual municipal incorporation (or, in the case of the Park Cities, a lack thereof), our city’s border is mostly just a jumbled mess of sharp angles followed by jarringly straight edges.

I mean, look at it (conveniently laid out in red here for easy viewing): 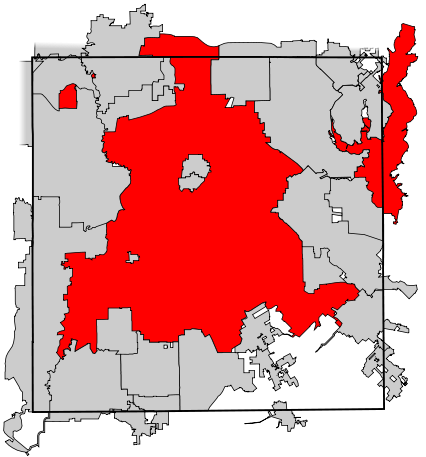 That’s just an incredibly ugly shape — and by most objective standards, too.

But, to be fair, its ugliness is also at least fairly interesting.

To wit: Have you ever tried describing what Dallas is shaped like to someone who can’t recall its image? It’s a fun exercise — and one that, for reasons we’re not entirely sure of (spoiler: it’s because we tend to become argumentative when drinking), it’s a conversation we find ourselves having with shocking frequency.

SEE ALSO: PHALLUS, TEXAS. // Five Things In And Around Dallas That Look Like Dicks.

Over the years, we’ve come up with a variety of touchstones in this task. What we’ve found is that, while there are indeed a few similarities between what people like to say Dallas looks like (birds, dinosaurs and Disney characters are bizarrely common suggestions), there’s really not obvious answer to the question of “What does Dallas look like on a map?”

Maybe that’s a good thing! If you squint hard enough, this city can become just about anything your imagination wants it to be.

Still, here are a few of the best comparisons we’ve heard for Dallas’ shape over the years. 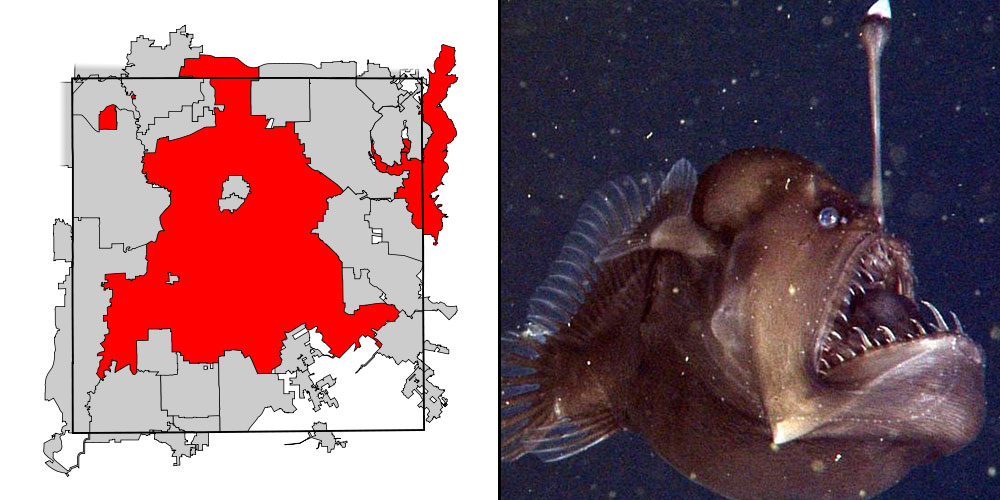 A Guy Slipping On A Banana. 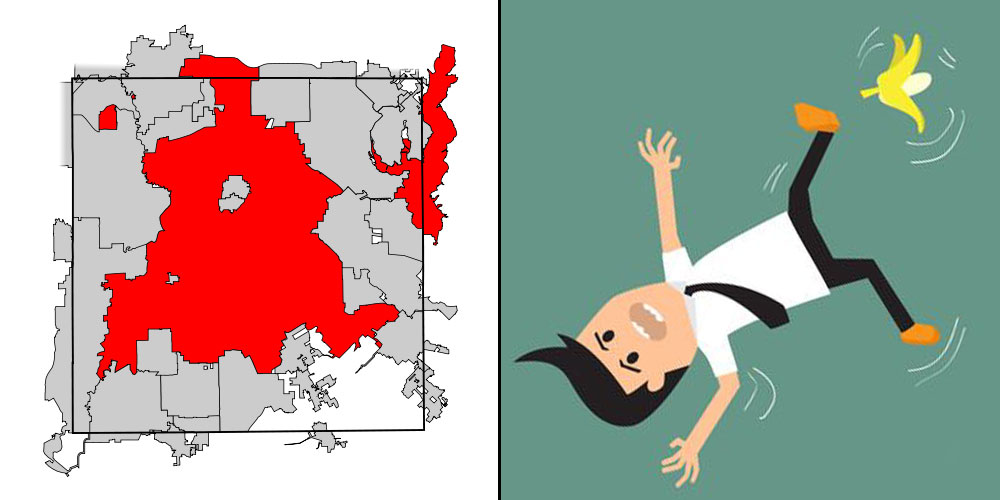 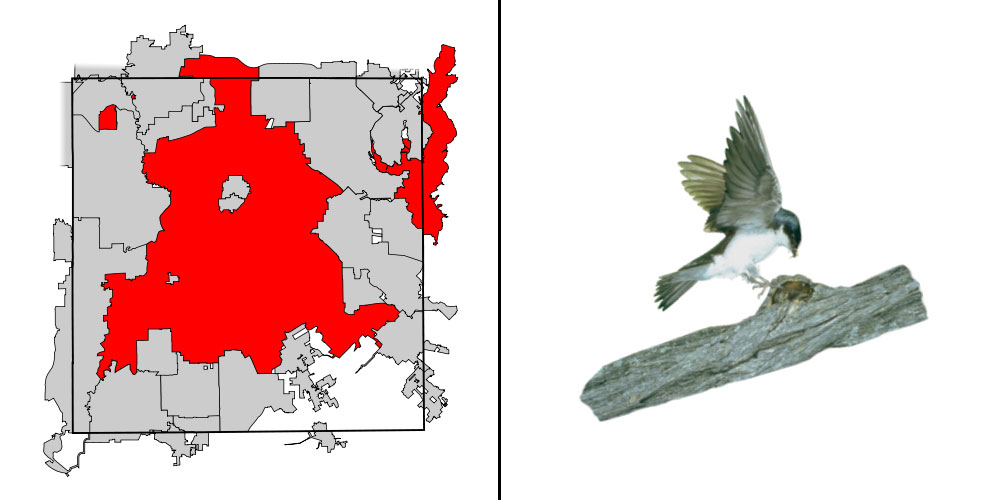 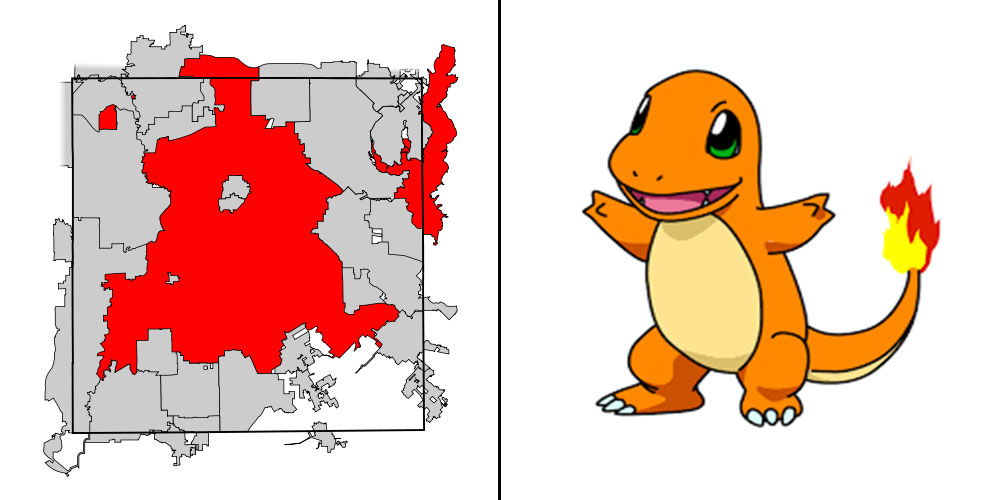 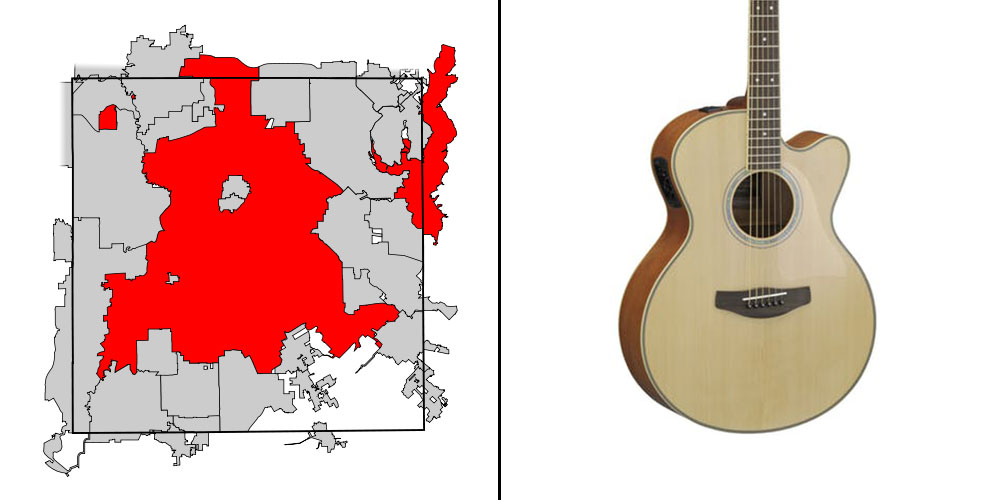 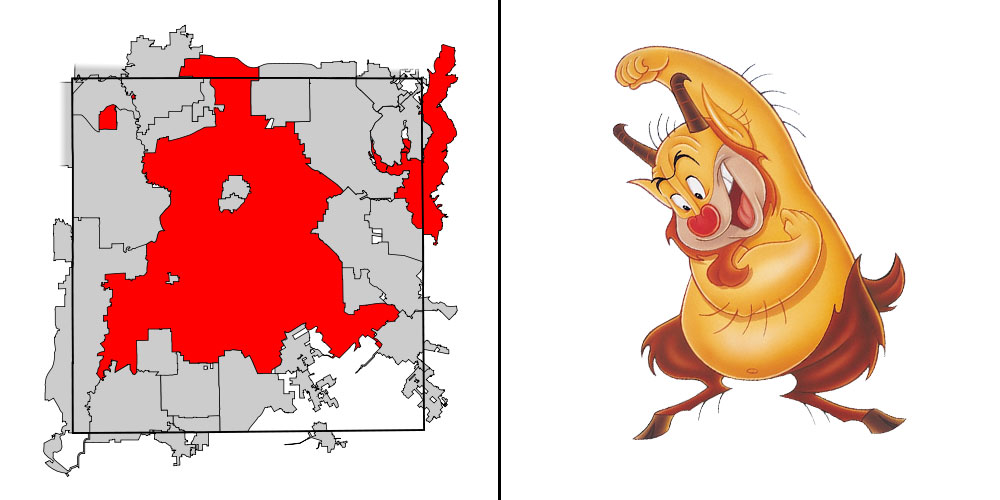 Pumba From The Lion King. 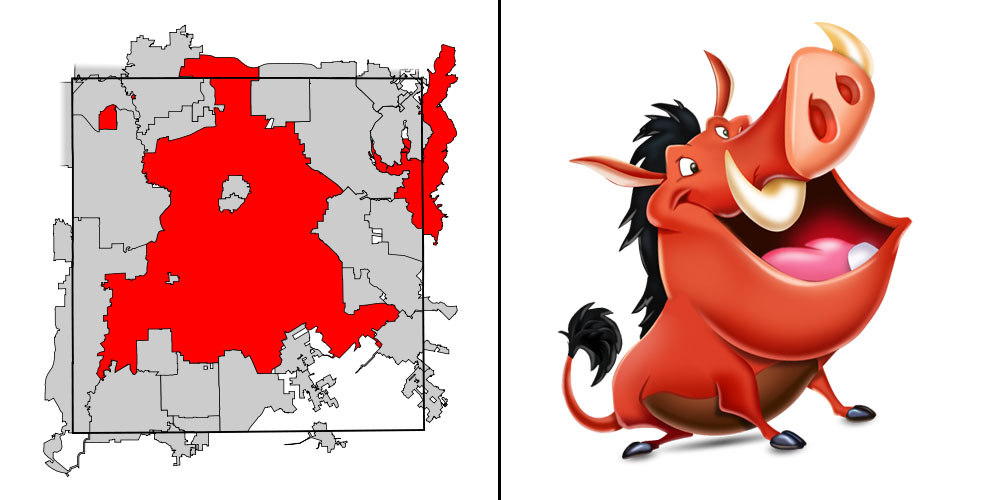 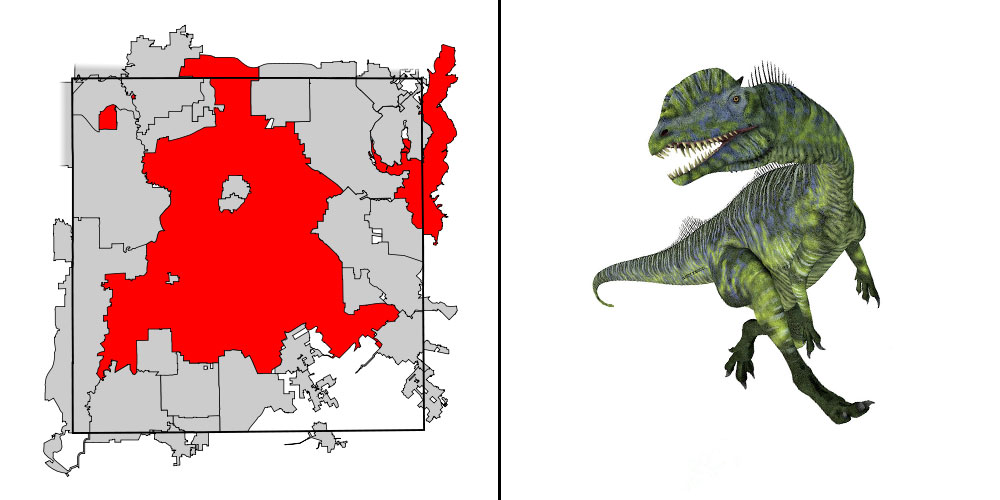 The Sorting Hat From Hogwarts. 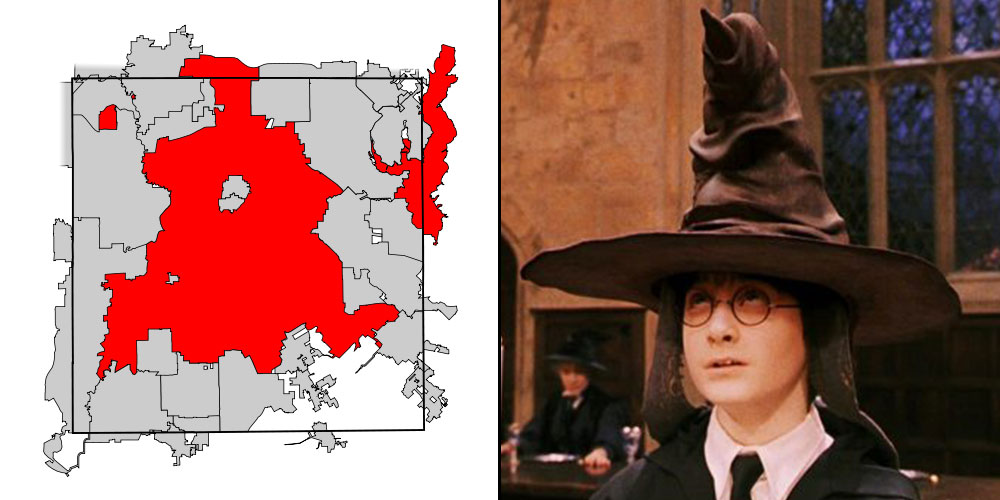 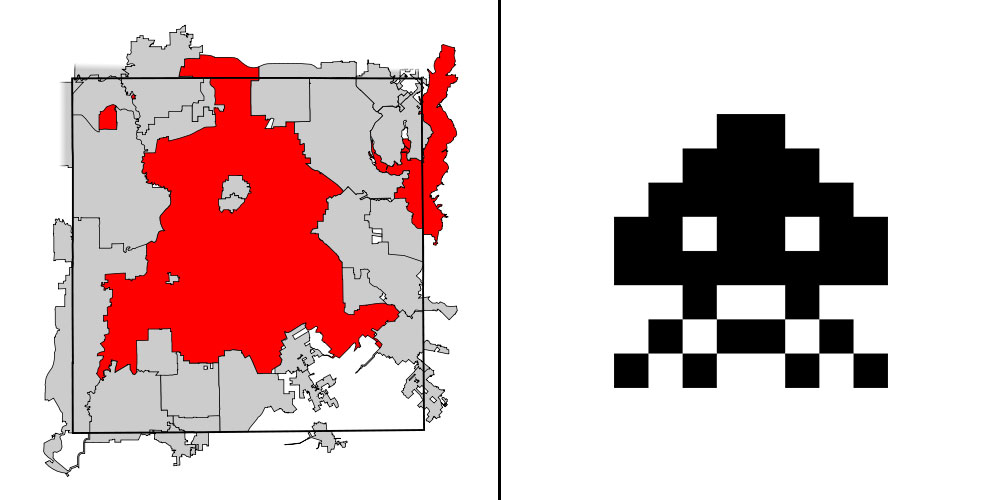 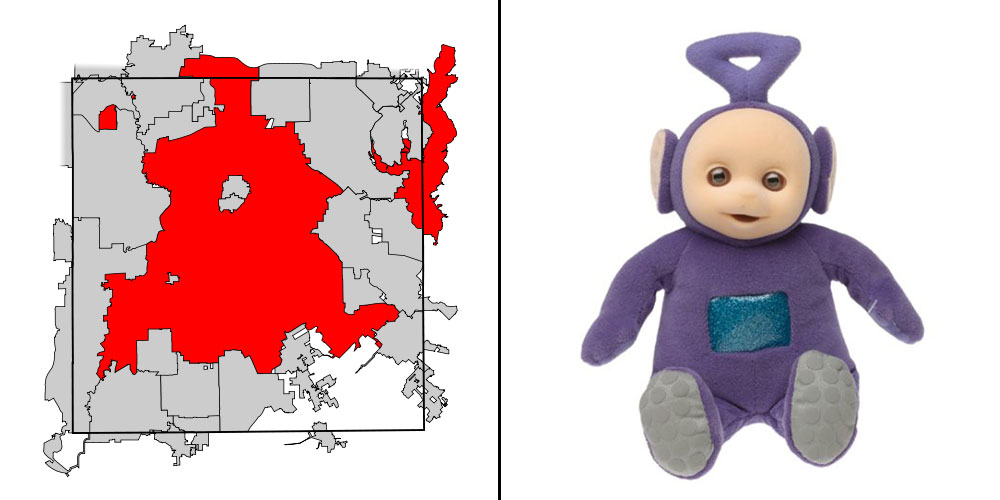 The Tri-Force From The Legend Of Zelda. 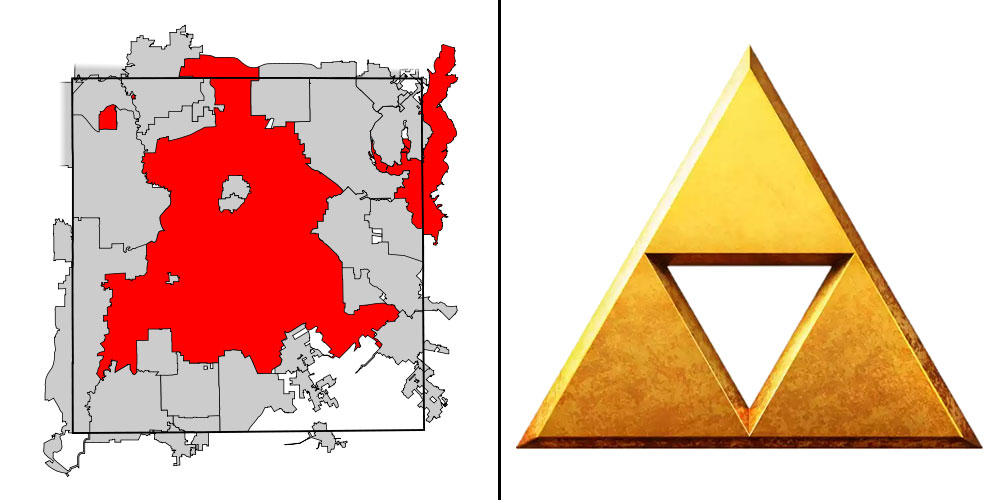 Ursula From The Little Mermaid. 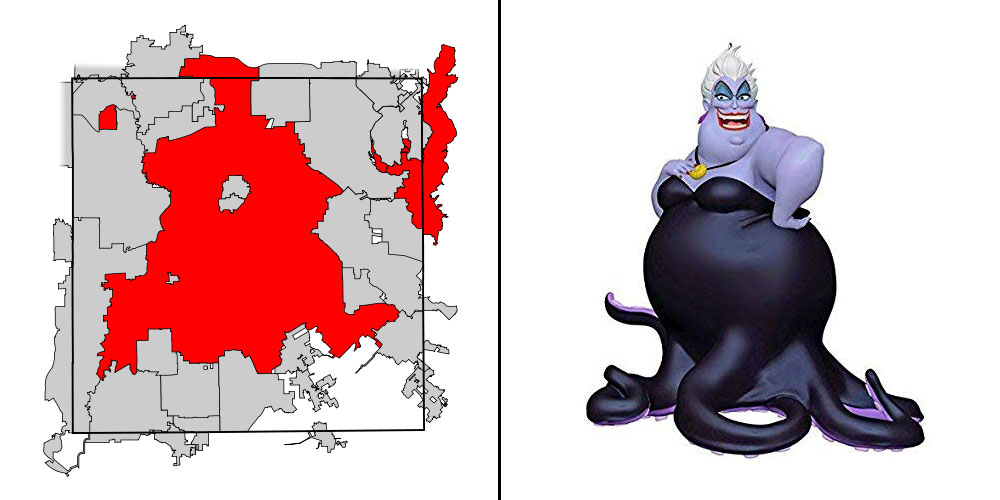 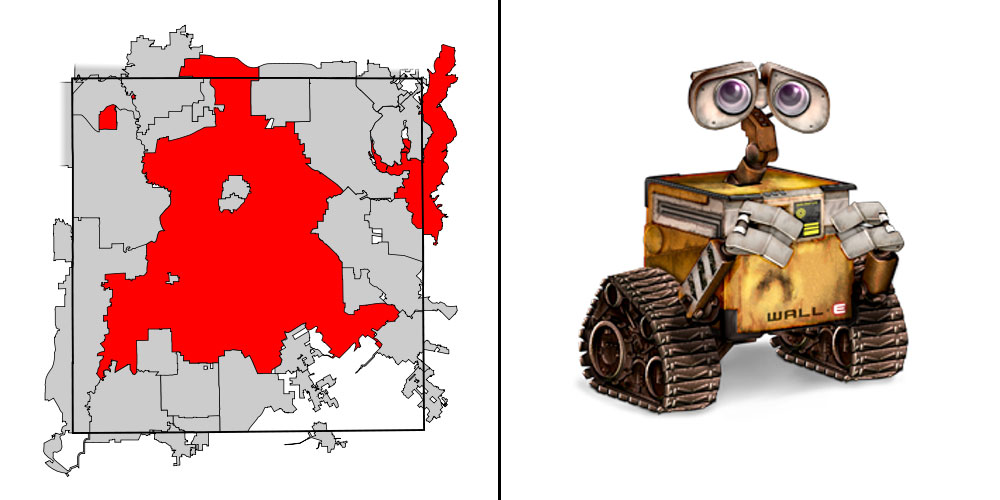 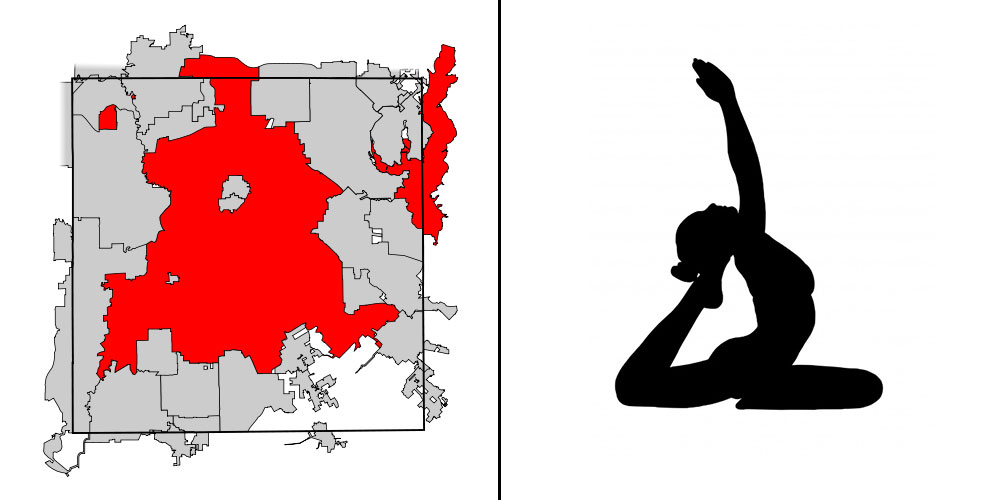