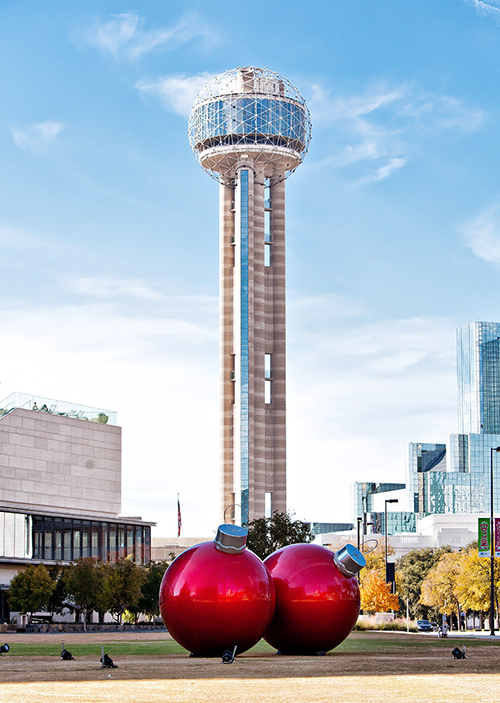 Five Things In And Around Dallas That Look Like Dicks.

Try as Dallasites might, there’s no denying it: This city is full of dicks.

Or, well, things that look like dicks, at least. Those suckers are all over Dallas. They’re pretty unavoidable, too, showing up where you’d least expect to see them and, worse, at some incredibly inappropriate times.

Take, for instance, this classic photograph snapped by the great Dallas skyline photographer Justin Terveen during an urban exploration in November 2012.

Daaaaaaaaaaaamn. Did whoever installed those ornaments just never look over to their immediate right or left and see that there was already giant thing resembling a shaft just over yonder in the background? Did they not put two and two together?

Regardless, that person was surely in for a surprise — and probably not a jolly one — when Terveen’s image went viral, even making its way onto national TV for a brief segment on Ellen. It’s no wonder, then, we haven’t seen those ornaments back on display — at least not in that formation — since that winter.

I guess that’s just how it goes here in Dallas. There’s a lot of phallic stuff littered all over the place and, once you see these things, they just can’t be unseen. Not unlike the FedEx logo’s hidden arrow, actually!

Anyway, we’re not the only childish ones around here. Seems five things in particular around Dallas look more phallic than others. And across social media platforms, people aren’t shy about sharing these observations — like, whatsoever.

Here, we share these very important social media findings with all of you. Because the first step to tackling a problem is acknowledging that you have one.

The entire Dallas-Fort Worth highway system.

The hand of the Texas Ranger of 1960 Statue at Dallas Love Field.

Update on June 3, 2020: The below statue has since been removed from the airport following an investigation into the racist past of the man it celebrated. Visit this Dallas Morning News story for more information.

Bonus! The I-35 split around Dallas-Fort Worth looks like a vagina. 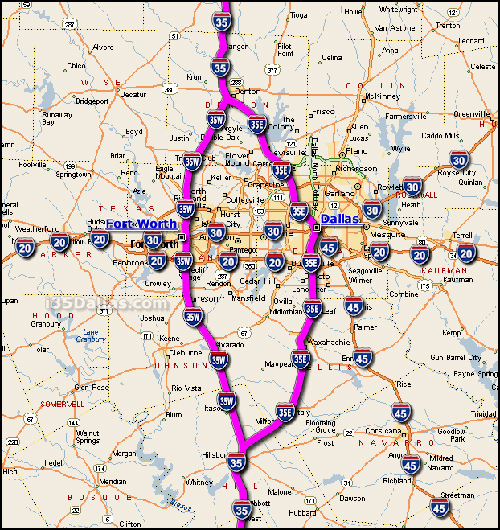