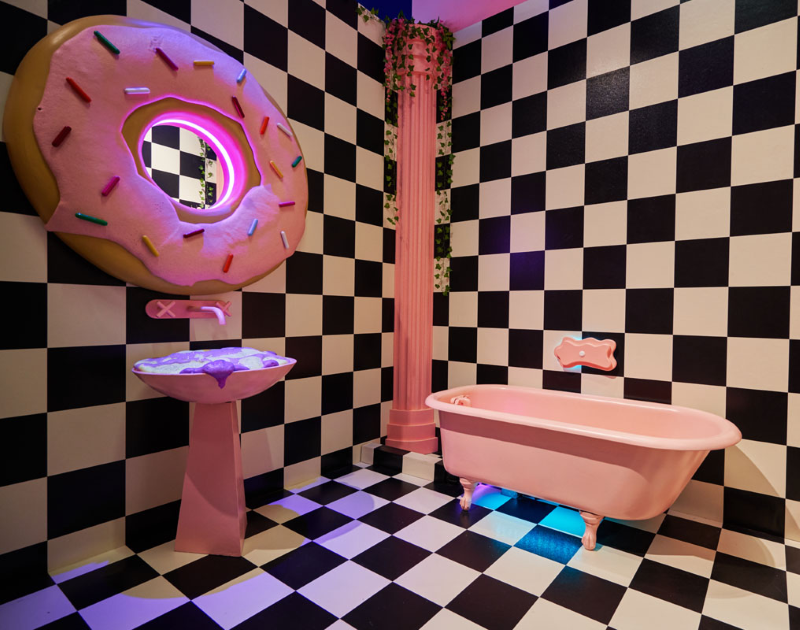 After Completing Its Extended Run Through August, The Instagram-Ready Art Installation Pop-Up In Victory Park Will Re-Configure Itself With A Holiday Theme.

For the last month and a half, the Sweet Tooth Hotel has been dominating area Instagram feeds — just as its organizers expected it would all along, really.

And that won’t change anytime soon, either: After initially announcing that its May 18-launched pop-up would end its run on June 30, the husband-and-wife duo of Cole and Jencey Keeton that’s behind the concept quietly expanded their run to last an additional two months, with their business now slated to run through August 30. Seems that move wasn’t a greedy one either so much as a response to demand: At the time of this writing, just eight of the installation’s remaining days in operation haven’t been completely sold out.

But, the Keetons promise, their operation 100 percent will not be running past then — well, not in its current form, anyway. After August 30, Sweet Tooth Hotel will end what the Keetons are now referring to as “this install,” only to then turn around prepare their 1,250-square-foot space at 2316 Victory Park Lane for their next concept — a similarly Instagram-ready art installation pop-up.

The next incarnation of the Sweet Tooth Hotel, the Keetons say, will focus on a holiday theme. It’ll boast new room designs, new art work, new everything.

The couple is mum on sharing too many details beyond that, other than to promise that their next effort won’t be so obviously inspired by similar concepts found around the country — something that the other entities in the selfie factory space didn’t necessarily appreciate.

“We will say this: Unlike what we did this time — being inspired by Meow Wolf, etc. — what we’re doing for the holiday one has not been done before,” says Cole.

Adds Jencey: “We’re kicking around a few ideas. We could tell you more, but it’s all changing by the minute.”

The couple promises to share with us all the pertinent details — namely when it’s going to open and how you can score tickets, we imagine — as soon as that information is ready, though. So stay tuned.