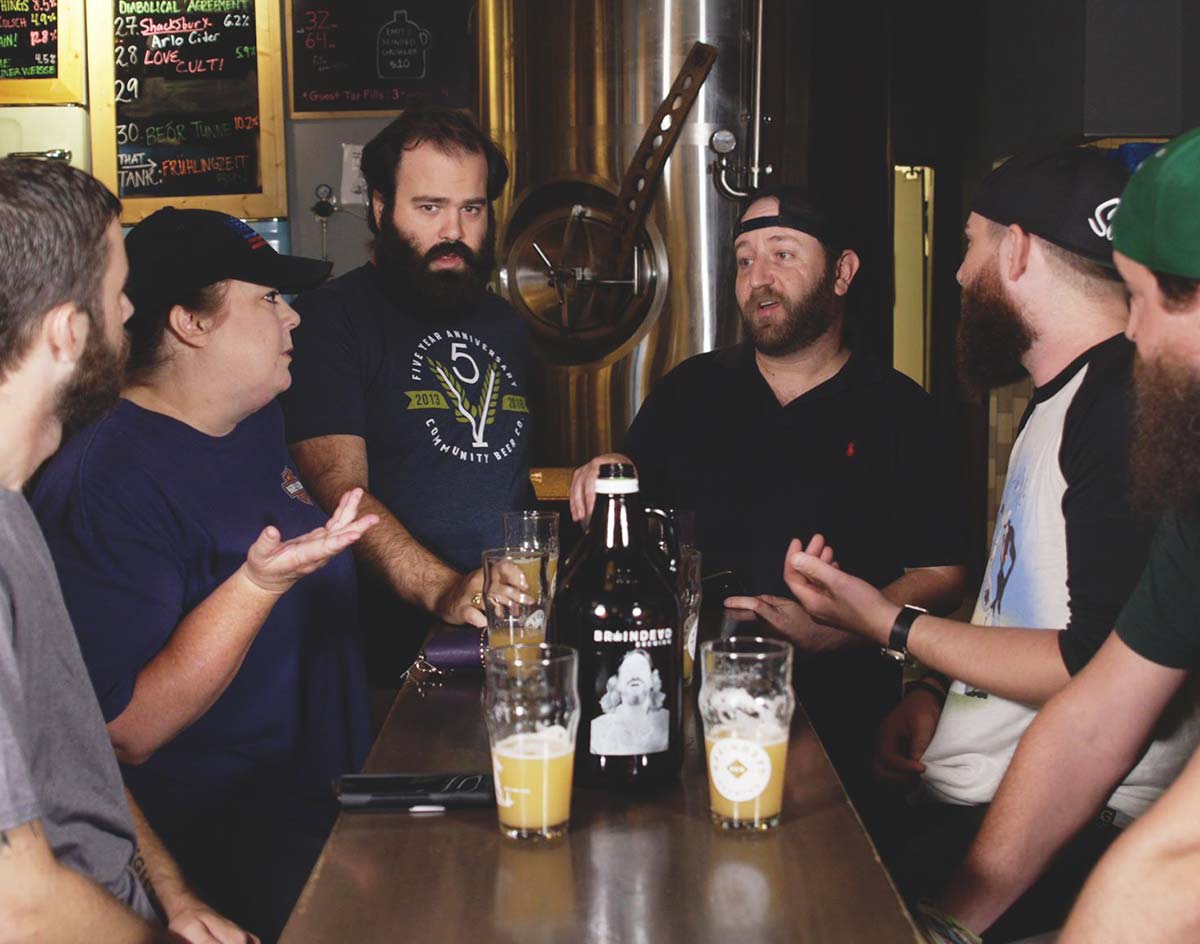 In Episode 24, The Admins Behind The Deep Ellum Community Watch Facebook Page Tell Us How It Got Started And Discuss Why It’s Become Such A Lightning Rod.

You’ve found Growlersations! A growler is a 64-oz. glass jug used for taking beer home from breweries, and BrainDead Brewing’s Sam Wynne and Jeff Fryman like to sit down every week and crack open a couple of them with a different guest or two. Typically focusing on North Texas restaurant and bar industry veterans, their conversations always get a little better after a growler or two has been mixed into the equation.

It’s a question we’ve asked before: Who watches the Deep Ellum Community Watch? And on this week’s episode of Growlersations, we get an answer to that query — well, OK, partially.

Last night, three of the group’s 13 administrators — Raine Devries, John Robert Moore, Tyler Prothro — joined their newest counterpart our Growlersations co-host Sam Wynne for a bit of a pull-back-the-curtain chat about the goings-on of this ever-controversial group. Sam’s his usual cohort Jeff Fryman is, of course, along for the ride, too.

Among the topics discussed: What a #banhammer is, how groups like DECW work with police to track crime and what it’s like to manage one of the most active — and testy — Facebook groups to be found in all of Dallas. Plus more!

It’s a lively chat, and one that only gets livelier at its end as I show up and crash the party to ask some questions of my own.

So tune in, yeah?