White Noise: The Year’s Biggest Party is Back. 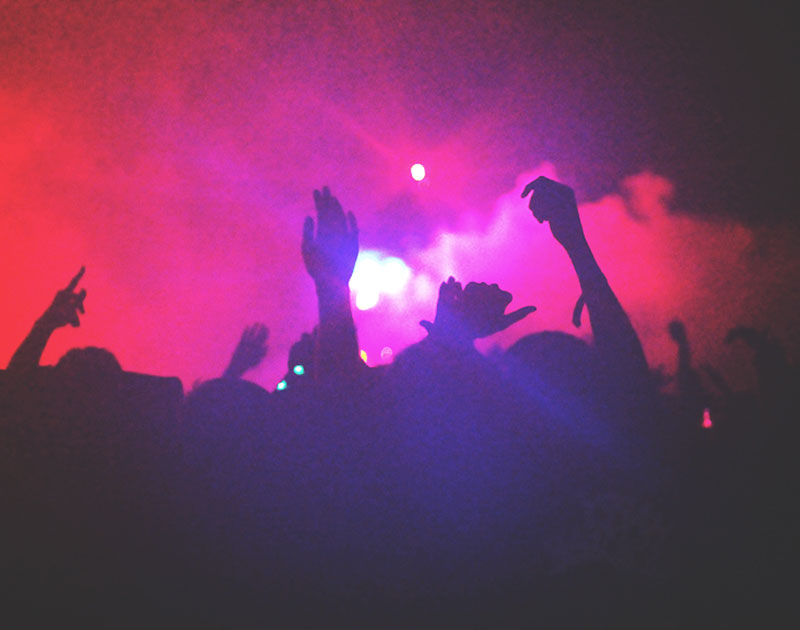 It’s the time of the season for changing. And there’s plenty of activity swirling about the DFW music scene of late. Venues are opening and closing. Long-running festivals are taking time off as others are popping up to take their place. Local radio shows are being shuffled around the dial.

It’s nuts! Fortunately, we’re here to help you make sense of it all.

First up, a couple of popular Dallas events are coming back. Next week, Granada Theater will celebrate its annual free week with — get this! — a week of free shows. It kicks off on Wednesday, July 18 when Henry + The Invisibles, Spoonfed Tribe, Chilldren of Indigo and Electrik Ants take the stage. On Thursday, it’ll be John Baumann, Shotgun Rider and Chris Colston performing for free. Come Friday, The Roomsounds, Dead Flowers and Silas Nello will be doing their thing. And, on Saturday, Bright Light Social Hour, Natural Anthem and Acid Carousel will close out the gratis run. There’s no catch — you just show up and you’re in, barring the show isn’t at capacity. You can, however, pay for a $5 ticket in advance, which will not only guarantee admission, but net you a “free” beer for your trouble.

Even bigger? The return of Lights All Night for a ninth year! The NYE weekend tradition will return to Dallas Market Hall on December 28 and 29. A limited amount of early bird tickets are currently on sale here, starting at $109.95 (+fees) for a two-day GA pass.

Conversely, an event that won’t be coming back in 2018 is Dia De Los Toadies, which has taken place in various Texas cities for the past 10 years. The fest’s namesake, the Toadies are currently busy with other projects, including touring, putting together a Live From Billy Bob’s record and working on a new studio album. But, hey, you can still catch the band this fall when they play the Texas Live! grand opening party next month.

Fortunately, there’ll never be a shortage of new fests lining up to fill the void. For instance, take Denton’s little Plus Fest, an upstart two-day math rock fest that’ll go down at Killer’s Tacos on August 25 and 26.

But fests aren’t the only things in flux.

While venues like The Blue Light and Mama Tried get ready to open in Deep Ellum — the latter hosts its first show next week — another spot just outside of the neighborhood closed shop for good as June 30 marked the final day for The Dirty 30, which has cancelled all future shows on the books. Per an official statement on the venue’s Facebook page: “This past year has been amazing and it’s been an absolute honor to be a part of the Deep Ellum community. However, we’re turning our PA off for the final time tonight. We’ve had a great run, which wouldn’t have been possible without all the talented musicians and promoters that came through our doors, our amazing staff, and our amazing customers. We’d like to thank everyone for being a part of our journey. I know it’s sad, but all good things must come to an end.” The venue lasted just over a year.

Meanwhile, much like The Blue Light and Mama Tried, a third new spot for twangy tunes just opened in Roanoke. Taking cues from the Pat Green co-owned concept The Rustic, fellow Texas country star Randy Rogers is part of the team that has opened ChopShop Live, a new 22,000-square-foot venue located near Texas Motor Speedway.

Still, there are more endings and new beginnings to bring up.

Like? Well, the news that DJ Mark’s local music radio show has found a new home. After several-year stints at The Edge (RIP) and The Ticket, the newly-dubbed Locals Only with Mark debuts this Sunday night on Dallas’ newest alternative station, ALT 103.7-FM.

Also? After seven and a half years, DJ Sober’s weekly Big Bang Thursday parties are leaving Beauty Bar home with no announcement yet on where it might go — if anywhere — from there. Here’s what Sobes has to say about all that:

It’s the end of an era – the end of my Big Bang Thursdays at Beauty Bar. Thanks to everyone who has rocked with me week in and week out over the past 7 1/2 years. This may be the end of Big Bang at BB, but it’s not the end for me. Stay tuned for my next endeavors. Love y’all! pic.twitter.com/ASLTe3sPzb

Moving on, we finally have a release date for Bobby Sessions’ Def Jam debut, which we now know will be called RVLTN: The Divided States Of AmeriKKKa (Chapter 1). It hits the streets July 20. Check out the cover art below.

I’m excited to announce that my debut project “RVLTN: The Divided States Of AmeriKKKa (Chapter 1)” will be released on July 20th, 2018 via @HighStandardzTX & @defjam.

In other new release news, Mountain of Smoke has a new release called Gods of Biomechanics out Friday, and they’ve given us an early taste to share with you all below. Interesting thing here is the already great metal outfit has added Alex Johnson to its ranks on pedal steel. It’s a perfect marriage on paper and in practice, as Johnson is not only the best steel player in town when he’s plying his craft with Convoy & the Cattlemen, but he also shreds it up in House Harkonnen, one of the louder metal bands in town.

OK! Next up is one from LEV for her recent single, “Last Mouth Running.” Says the singer: “[It’s a] summer groove that will make you want to dance. It’s about empowerment, boldness and fearlessly going for what you want in the world.” And that’s just what she does in the clip, fearlessly dancing adjacent to a part-time sex dungeon and other Cedars locations.

There’s also Caterpillars’ new pop-punk anthem “The American Dream (1%),” the video for which is appropriately shot with a compilation of footage from various Occupy Wall Street protests.

Meanwhile, Pyrex Pirates disregard all the “No Loitering” signs and hang in an old gas station parking lot in their new “Pitstop” video.

Now on to live clips!

At a recent concert at New York’s Madison Square Garden, Harry Styles and his opening act Kacey Musgraves performed a cover of Shania Twain’s “Still the One,” which Twain herself called beautiful. Nice!

Wrapping up the moving pictures portion of things, Pearl Earl recently dropped by the Daytrotter studios while on tour to perform a live session. Watch it in full:

Rolling on, a new art project called Play On, Dallas will place three pianos around town (Pegasus Plaza, Dallas Farmers Market and Love Field) where — from July 14 through September 15, at least — anyone can feel free to go up and play away. It’s a concept that’s spawned many a viral video in dozens of other cities around the globe. The project will kick off with a launch party at Main Street Garden Park on July 14 at noon, where three world-class pianists will break in the instruments with a free concert.

Finally, Rhett Miller announced that his next project won’t be a new Old 97’s album, but rather a book of “subversive children’s poetry” called No More Poems. Featuring illustrations by Caldecott Award winner Dan Santat, the book is due out next spring.