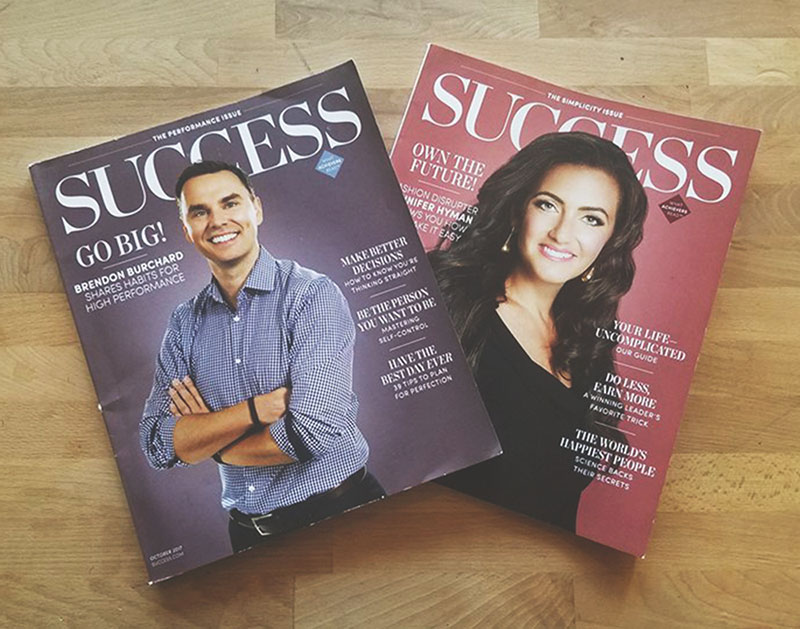 Higher-Ups Announced The End Of The Print Product And Laid Off Majority Of Editorial Staff During Phone Call On Monday Night.

Seems not even a brand called SUCCESS Magazine is immune to failure in these trying media times.

According to multiple sources, the Plano-based magazine has laid off the majority of its print, website, video and design staffs and revealed it will cease production on its print product.

Per a blog post by Shelby Skrhak, SUCCESS ‘ now-former director of digital content and social media, those joint announcements came during a 9 p.m. phone call on Monday. That same blog post implies that magazine’s last issue will be its forthcoming March 2018 issue, featuring the cast of Shark Tank.

The magazine, per its own advertising materials, most recently boasted a print circulation of 150,000 readers, and its online presence was substantial — more than 3.6 million Facebook likes, 295,000 Twitter follows, 347,000 Instagram follows and more than 2 million unique monthly pageviews to its own website.

The brand also boasts a long history, having been founded in the 1890s before initially folding in 2001. After a small 2006 re-launch, the company was purchased by its current owners in 2008, who moved moved it forward as a full scale operation and moved the magazine to North Texas. In 2016, the company, which also operates a custom publishing arm, opened a new office in Plano.

The last tweet posted to the magazine’s Twitter — a quote attributed to Jane Wells that reads, “learn the wisdom of compromise, for it is better to bend a little than to break” — is curious at best, given the context of the layoffs.

“Learn the wisdom of compromise, for it is better to bend a little than to break.” ― Jane Wells

In addition to many talented freelance writers and photographers paid by the magazine for contract work, SUCCESS also employed 18 full-time staffers, according to one former member of that team. According to that same source, only a handful of editorial staffers remain employed by the company — albeit only in a “very temporary” capacity as they shepherd the magazine toward its end.

It is likely the website will be folded, too, although it appears as if that decision has yet to be finalized.

“I don’t think they’re sure what to do with it yet,” says the former staffer.

Since American Airlines in-flight magazine American Way left for Miami in 2016, SUCCESS was one of just a few remaining Dallas-area publications that aimed for a national audience, standing alongside Southwest Airlines’ Southwest: The Magazine and lifestyle magazine Cowboys & Indians.

That trio is now down to two.