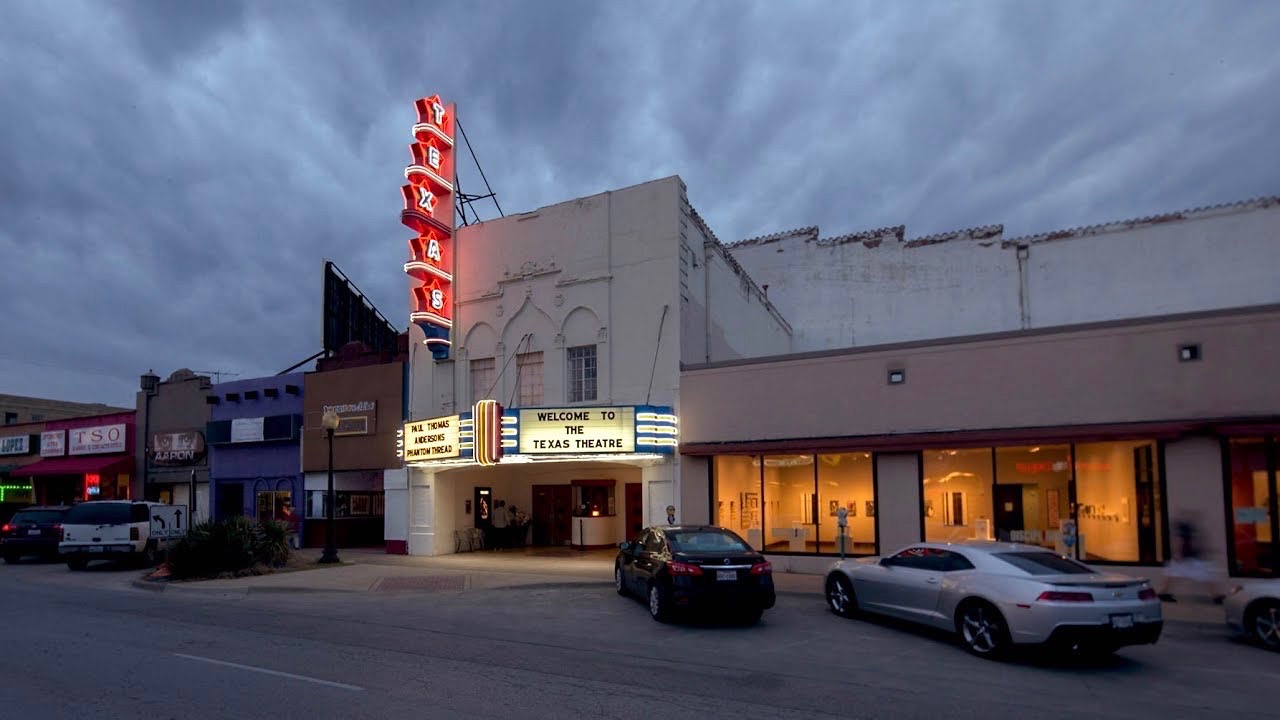 The Texas Theatre May Be Closed For Now, But You Can Still Support The Legendary Cinema And Its Employees By Renting New Releases From Its Website.

The Texas Theatre is using the power of streaming for good.

The Dallas landmark has teamed up with several independent film distributors to create the Virtual Cinema series, which lets movie buffs stream recently released arthouse gems that have had their theatrical run curtailed due to the COVID-19 pandemic.

For $12 — about the price of a typical movie ticket — you can rent a film for 2-3 days and stream it on your laptop, tablet or smartphone.

That money is split evenly between the distributors and the Texas Theatre, which will help the venue compensate its staff while the physical location is closed.

“Many of our staff are furloughed, but we’ve put in a bonus plan to pay back a percentage of the revenue that we’re getting from the virtual screenings,” Texas Theatre co-owner Barak Epstein says. “Plus, the revenue that we’re getting from just people buying merch on our website, so we’re making a staff fund that we’ll be paying out on normal paycheck days essentially.”

For the Texas Theatre to receive that money, though, you need to use the specific links located through its website.

Among the current lineup of flicks available to rent include the tender Georgian gay romance, And Then We Danced,the Oscar-nominated Polish drama Corpus Christi and the heart-pounding Chinese crime thriller, The Wild Goose Lake.

If you’re looking for a film with a DFW cosign, check out the Oak Cliff Film Festival 2019 alum The Infiltrators, a tense docu-thriller about the efforts of two immigrant activists to take down a for-profit detention center from the inside.

New films appear on the site every Friday and will be active for a week, so you’ll want to check the site regularly as the lineup changes.

In addition to presenting newer films, the Texas Theatre is also translating some of its beloved repertory screenings and live events to an online setting.

“We’re anticipating being shut down at least through May at this point,” Epstein says. “We don’t know when we’re gonna be able to reopen, so we’re trying to program our calendar [so it’s] not that different than before.”

The first repertory screening on deck is a very apt for quarantine double feature: The Alchemist Cookbook and Relaxer by Detroit horror-comedy filmmaker Joel Potrykus.

There will also be a live Q&A with Potrykus, who will give some of his favorite quarantine movie recommendations.

The Tuesday Night Trash series, where the theatre excavates gloriously cheesy ‘80s and ‘90s B-movies, will also return in a digital format. The first screening is set for Tuesday, April 7 at 9:15 PM, but unlike the Virtual Cinema on-demand rentals, this will be a free livestream.

With all theaters in Dallas closed until April 29, and major festivals like SXSW being canceled, many independent filmmakers are left without platforms for their films.

Meanwhile, major studios like Universal are dropping its latest films straight to streaming, cutting theatres out of the equation altogether.

Even mega-chain theatres like the Plano-based Cinemark are feeling the financial strain; the company is currently furloughing corporate employees and its CEO, Mark Zoradi, is forgoing his salary. Still, considering that Zoradi’s salary was already a million dollars in 2018, it’s hard to feel too sad for him specifically.

Independent theatres that aren’t shilling out Marvel fluff or putting millions into its owners pockets operate on thinner margins, which makes for an even larger need for crucial support during this time.

“From a film fan perspective, obviously we don’t have every movie you wanna watch on our channel,” Epstein says. “So watch what you wanna watch, but as more and more of these affiliate programs come into place, if you wanna help support your independent theatres so they’ll still be there when this is over, look at what they’re offering, and that’s [the] way you can support your independent theatre.”