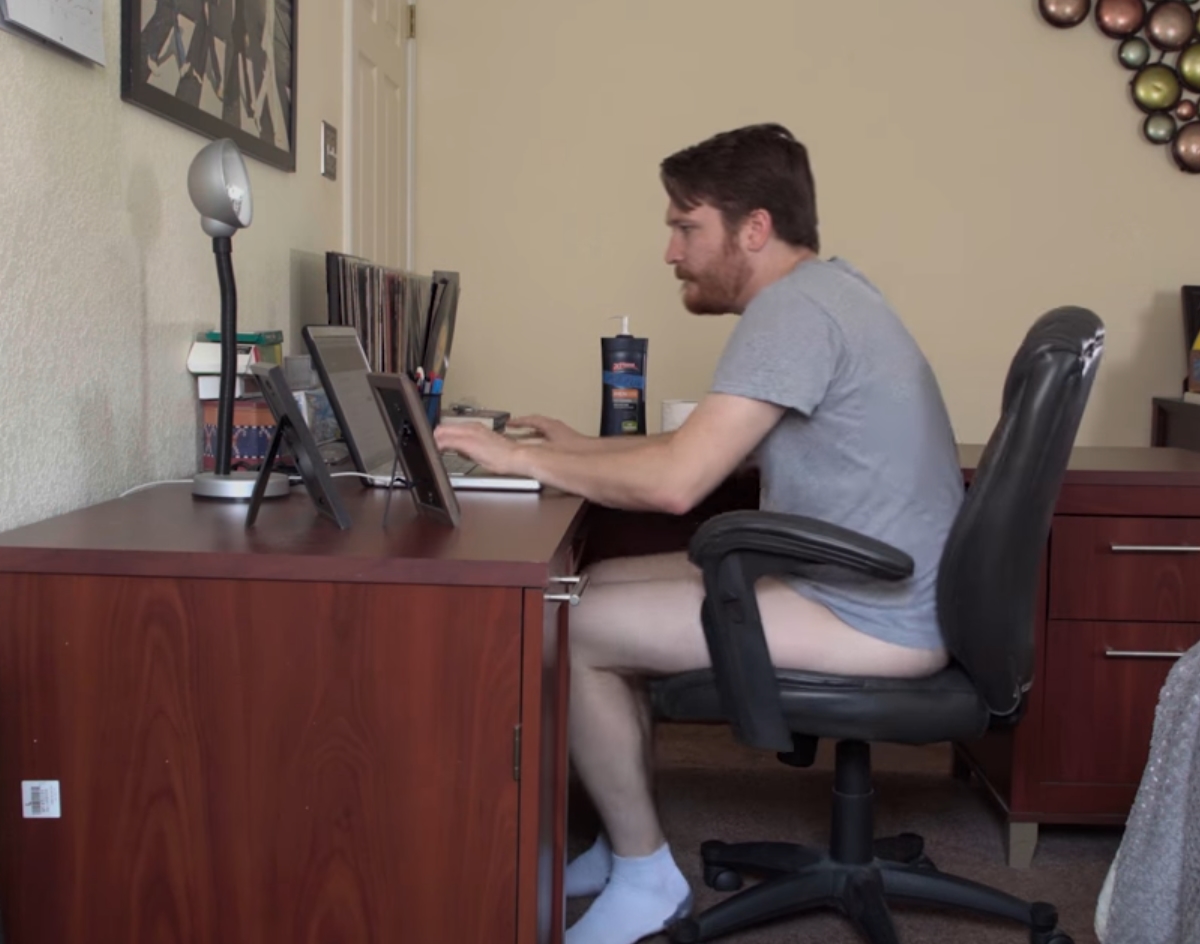 The Latest Grant & Cody Sketch Went Viral, and Gained More Than 500 Thousand Views in Two Days. So What Happens Next?

When Grant Redmond and Cody Tidmore put out their latest Grant & Cody sketch, “Sticky,” they were optimistic…within reason.

“We were hoping, I don’t know, tens of thousands, maybe a hundred thousand [views],” says Redmond, when asked about his expectations upon the video’s release. The video actually managed to rack up 500 thousand views in the first two days, well beyond what the pair was hoping for.

“This one got away from us, in the best way possible,” Tidmore says.

If you haven’t watched it yet, we recommend that you do so as soon as possible. The setup is simple enough – Redmond arrives home to find that his roommate (Tidmore) is away, and decides that his time alone is an opportunity for “alone time.” In less than two minutes, the duo were able to weave in some terrific gags, and take the sketch to some delightfully weird places. Again, if you haven’t seen it, you absolutely should. Though, uh, you should probably hold off if you’re at work.

The two already had already released some strong sketches prior to “Sticky,” and had enjoyed some success. The first video they produced, “The Bad Egg,” has racked up almost 250 thousand views. Their second video, “The Problem with Group Texts,” was released last March, and has more than 20 thousand recorded views. Those works exhibited the same goofy, joke-dense sensibility seen in “Sticky,” and also boasted the quality production values their latest release enjoys. Internet success can be elusive and capricious; it’s nice to see their dedication to good work is being rewarded.

“We started some weird debates,” Redmond says. “There were some long discussions about whether you should use lube or not when you’re jacking off, because people were just really confused by the fact that I grabbed lotion in this sketch.”

“It never crossed our minds that that’s an entire community of people, and that they would also think that this is very funny,” he admits.

They’re excited to see their newest work have such a strong debut, but the two are keeping their expectations grounded.

“It just feels good to have it out,” Redmond says. “Has anything changed? No. I went to work the next morning.”

Adds Tidmore: “We are still poor.”

These sketches are more than just a showcase for Redmond’s and Tidmore’s comic sensibilities. The two sink significant chunks of their own time and energy into their work, but they also benefit from relationships with local artists, who can step in when they have spare time and assist them. Post-production assistance for “Sticky” came from Dallas-based Charlie Uniform Tango.

They aren’t ready to give away details of future sketches, but they’re keen to keep moving forward and producing content.

“We met with the director and our editor to talk about next steps,” Redmond says, “and about how we can do this more than once every ten months.”

That’s good because more than ever, the public seems to be demanding it.