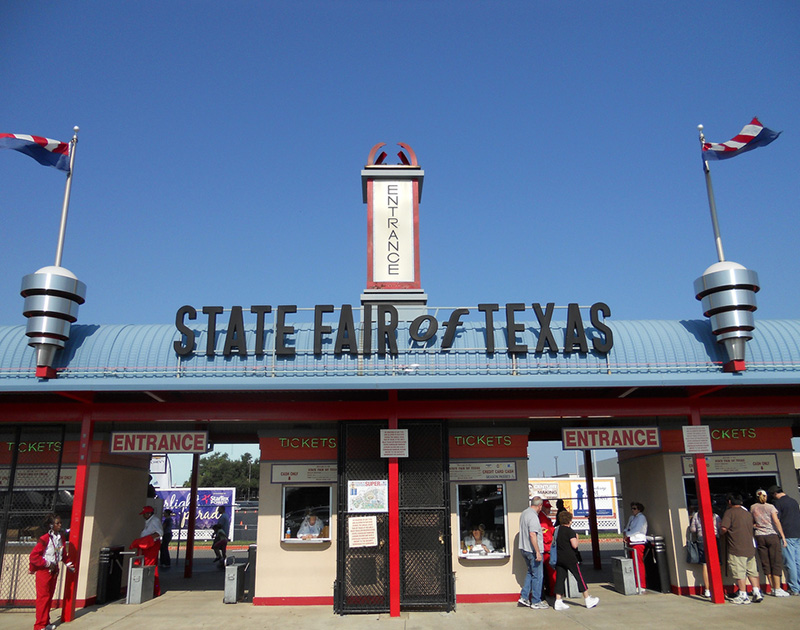 In an 11-3 vote, the council agreed to a 10-year extension on the State Fair of Texas’ lease to operate in Fair Park. The new contract guarantees that the fair will continue to take place each fall at its longstanding home within the 277-acre park east of Downtown Dallas — through 2038, at least.

The previous agreement between the fair and the city lasted through 2028.

Indeed, the new deal finds the State Fair making three concessions to the long list of criticisms surrounding its relationship with the City of Dallas: As part of this new understanding, the fair promises to increase pay for its hourly (and, worth noting, seasonal) employees; to more cooperatively negotiate its use of on- and off-duty Dallas Police officers during its annual run; and, according to at least one report, to be more transparent about its use of excess revenues.

The extension notably fails, however, to address a number of other serious concerns regarding the privately managed and operated fair’s relationship with the public.

And yet: While 42 percent of city council initially voted in favor of delaying agreeing to any proposals during this week’s council meeting, a whopping 78.5 percent of council members later OK’d the terms of the new contract after arguments to push back any decisions were squashed. Those 11 approval votes came in spite of the fact that the council’s unanimously approved new private stewards of Fair Park freely admitted not being particularly familiar with the terms of the deal.

Mayor Mike Rawlings was among those pushing for the new agreement be immediately struck at this week’s council session: “We’ve jumped through every hoop, and either we want to support the State Fair or we don’t,” he said at one point during the proceedings, clearly frustrated at the possibility of a hold-up. But it’s unclear why a new deal needed to be approved so quickly on Wednesday, without greater negotiation over its terms.

The three opposition voters — council members Sandy Greyson, Scott Griggs and Philip Kingston — called the vote itself “foolish,” “irresponsible” and “rushed,” while also expressing concerns over the possibility that the deal could neuter the new organization managing Fair Park’s year-round operations in its ability to improve that valuable city property’s future. One of the main goals of that group, called Fair Park First, is to turn the park into a viable attraction outside of the fair’s short run.

Surely, the fact that the State Fair of Texas itself brought the new deal to the council, acting on its own accord and not out of of any external obligation, means that it’s being altruistic here, though. Right?

Here’s to at least 20 more years of the State Fair of Texas getting away with pretty much whatever it wants in Fair Park, we guess?