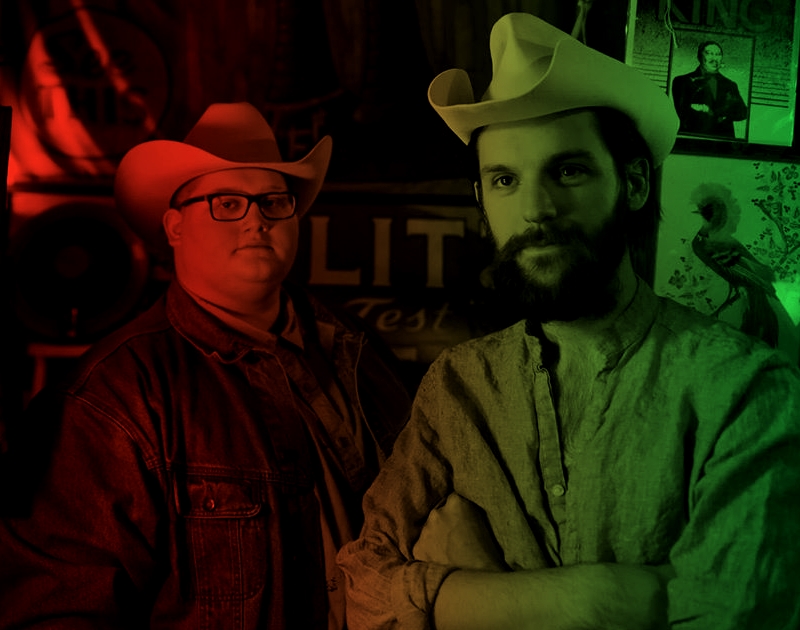 Check Out A Different Kind Of Christmas Song From This Dallas Folk Duo Intent On Revealing The Dark Origins Of All That Coal The Bad Kids Get.

Devil’s Sooty Brother – “South Pole Coal”
RIYL: Working in a coal mine.
What else you should know: Christmas is kind of John Pedigo’s thing.

We posted about as much just last week when we featured a new original Christmas tune from his band, Pedigo’s Magic Pilsner. But he’s also been helping lots of others around town spread that good holiday cheer this year.

Like, did you see the story in Rolling Stone this week about the Old 97’s and its new, original Christmas full-length? He produced that. Oh, and he also produced this one for Charlie J. Memphis.

The one thing all of these tracks have in common is the different spin they put on the holiday song concept. They’re anything but typical.

Perhaps the most atypical is the one Pedigo produced for Devil’s Sooty Brother. The duo – made up of Joshua Ray Walker and Nathan Wells – also perform among the rabble-rousers in the alt-country Ottoman Turks, as well as each other’s solo side projects. All that is to say they’ve developed a type of chemistry that would rival a set of actual brothers.

And, on this quirky little roots number, they look at the Christmas holiday from an always overlooked perspective — one that’s not all wreaths and eggnog and happy times. Here, they wonder through song, “Have you ever wondered where Santa gets his coal?”

Yeah, that’s a somewhat humorous concept — y’know, given that elves aren’t real — but it’s delivered with a straight face and the type of sincerity that translates to other real-world type problems.

Indeed, much like Kirby Brown’s own new holiday tune also reminded us, Christmas isn’t necessarily a joyous time for everyone. As this song about economic inequality reiterates, it can be especially tough for the less fortunate and those whose hard labor make it all possible in the first place.