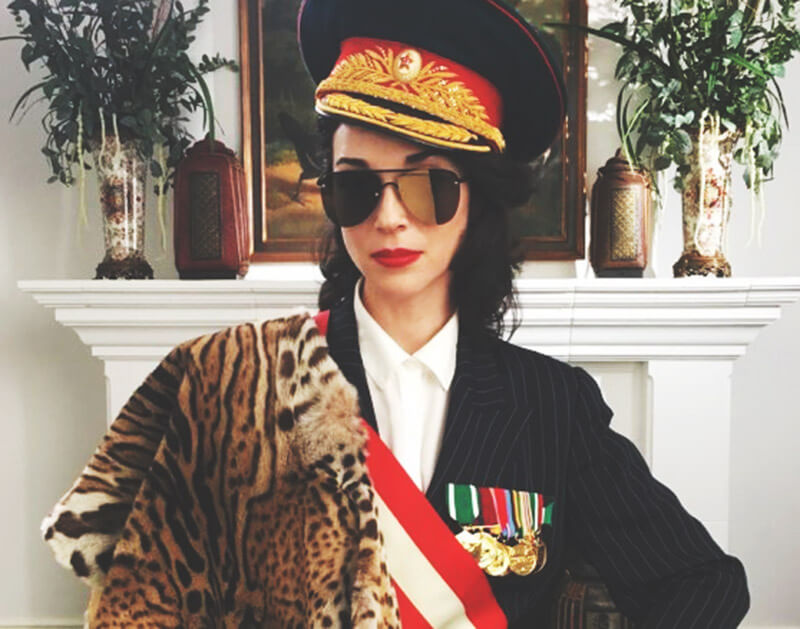 St. Vincent is many things. She’s a powerhouse performer, a killer songwriter and a legit guitar god. She’s a guitar designer, too. She’s also a fashion icon, a horror movie director and a good sister/part-time waitress.

Now she’s got another title to add to her resume: Official 2017 Record Store Day Ambassador. The role was officially bestowed upon the Dallas native this morning, as the sketch comedy vet shared the news via a Funny or Die video that pretty much mocks the entire concept of such a position.

Jokes aside, St. Vincent’s earning the gig marks a pretty neat accomplishment: Since The Eagles of Death Metal’s Jesse Hughes decided to bestow the title upon himself in 2009, the role has become part of the regular annual Record Store Day rigmarole; but St. Vincent is now the first female to hold the honor.

And, honestly, we can’t think of many who’d be more deserving than the ever-active artist born Annie Clark.

It’s a good look, too. Record Store Day, for the uninitiated, is an annual celebration of all things independent album sales-related, a day filled with special releases, sales deals and in-store performances at all of your favorite shops. Year in and year out, it’s one of our favorite days on the calendar.

This year’s festivities will go down on Saturday, April 22. In the coming weeks, we imagine we’ll be hearing from the folks at various area record stores about their celebration plans. In the meantime, can we request a hometown in-store performance from Ms. Clark?

Hey, we can dream.