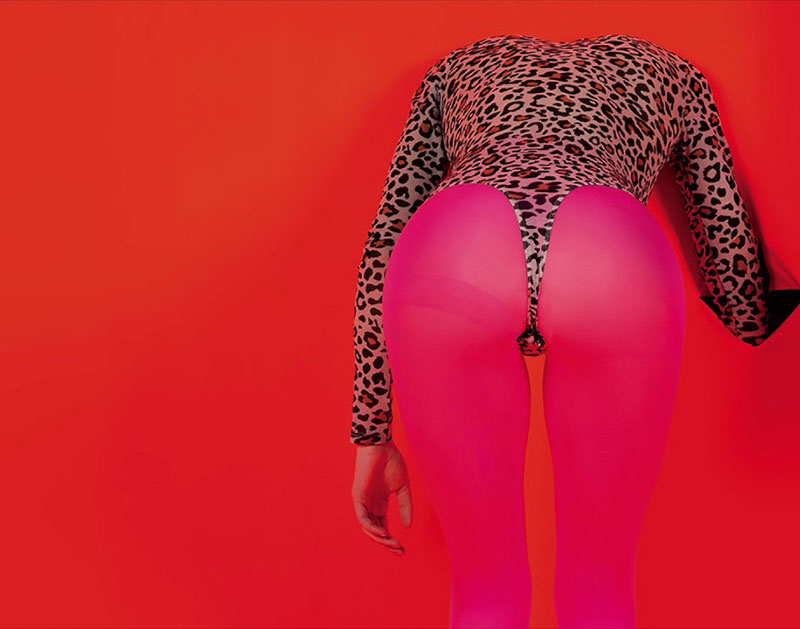 The Outfit, TX – Fuel City
RIYL: Glo’in up, blowin up and pourin up
What Else You Should Know: We are living in a post-regionalism hip-hop world where rappers from the North appropriate Trill, Bay Area rappers make careers off adopting Dallas’ boogie movement and Soundcloud allows the youth to leapfrog the city’s old guard (for the better, in most cases). But it’s honestly refreshing when a rap group fully embraces its home, and few acts do that better than The Outfit, TX. For years, the trio has dedicated its art to embracing life in the Dirty South and the Triple D. From Down By The Trinity to Breakfast At Rudy’s and now with their new 10-track release Fuel City, Mel, Hawk and Dorian deliver anthemic hits celebrating Dallas. And that’s as authentic as it gets.

St. Vincent – “Los Ageless”
RIYL: Bi-coastal love affairs
What Else You Should Know: If “New York” was a love ballad for a city she admires in her own, special way, “Los Ageless” is a harsh critique of the superficial metropolis and/or metaphor Annie Clark is after. With the release of this track earlier in the week, Clark also announced the title of her new album and its release date. MASSEDUCTION is set for release on October 13, but for all the great songs we’ve heard, the hilarious content she’s rolled out and the upcoming tour dates she’s announced, there still hasn’t been anything announced for her hometown of Dallas. It’s a damn shame!

FXXXXY – “SZA”
RIYL: CTRL’ing the situation.
What Else You Should Know: To date, FXXXXY’s carved out a place for himself on the national scene, earning consistent press love from Pigeons & Planes and Beats1 by blending the best components of Dirty South hip-hop with moody contemporary R&B. But on “SZA,” the Dallas native borrows a play from the First Lady of TDE and keeps things strictly R&B with a smooth Aaliyah sample and his signature composed delivery on a track that should hold over his audience until his next project.

Dave Morgan – Fear’s Funeral EP
RIYL: Not being afraid.
What Else You Should Know: Dave Morgan’s new EP feels cathartic. As the title suggests, the conceptual release is literally a five-piece delivery of fear’s funeral. As always, Morgan delivers his raps with impeccable cadence. But, more important, the artist sheds insecurities, conquers perceptions and embraces Dave. The EP is a quick listen, but don’t be surprised if you get stuck on “OTW,” the release’s most triumphant track.

Sunshine Village – “Teenage LSD”
RIYL: Alternate Timelines.
What Else You Should Know: The band itself can better tell you the origins of this band: “The Story of Sunshine Village was born inside the graphic novel Slaves For Gods by These Machines Are Winning. Imagine it’s 1967, and Brian Wilson broke up The Beach Boys, after releasing Pet Sounds. He quickly forms a new band called Sunshine Village, and with the help of famed record producer Phil Spector, records their debut album Teenage LSD.” So, yeah, this is the debut track from that ambitious project.

Dreamy Life Records’ Group Therapy Vol. 4
RIYL: Sneak peeks.
What Else You Should Know: Dreamy Life Records couldn’t contain their excitement for this new compilation release any longer, so they’re letting you check out four songs from Sealion, Nothing Cool, War Party and Toy Gun ahead of the compilation’s official October 15 release date.

Curtis Mayz – “Nike Cortez”
RIYL: Riding for UGK and Mac Dre.
What Else You Should Know: If it ain’t broke, don’t fix it, right? A couple months back, Mayz held a spot on this column with “Joose,” a track where the South met the West Coast on a g-funk beat. On “Nike Cortez,” the rapper again channels his affinity for Cali rap and also channels his inner Kendrick Lamar for track that continues to hammer home the point that Mayz is striving for more than the confines of Dallas’ city limits.

T.Y.E. – “Kalashnikov”
RIYL: Hostage situations.
What Else You Should Know: It’s been three months since T.Y.E. released 32, his debut album that still probably stands as the best local release of the year. But the Oak Cliff rapper continues to drop loosies from the vault just the same. “Kalashnikov” is a more tempered track than what we’ve heard from T.Y.E., but it’s a great reminder that he can carry a song without huge theatrical production and without utilizing his full range.

Chillamundo – “Cosmic Salt”
RIYL: “Wrecking your NASCAR or bobsled or whatever and walking through the finish line.”
What Else You Should Know: “Cosmic Salt” is a track from the band’s upcoming Radio Is On album, but we probably wouldn’t know that if it weren’t for an ambitious feat the Fort Worth band set out to accomplish last Sunday that was featured in the Fort Worth Weekly. Basically, the band played 10 shows that day across the city starting at 9 a.m., coming up shy in their original goal of 13 shows because frontman Denver Williams was hit with heat stroke. Nonetheless, we love the effort and we’re digging the music. If you’re into it as well, the band has its album release show coming up on September 15 at MASS.

Lizzie Boredom – Dead Men Can’t Call EP
RIYL: Tearing down the patriarchy.
What Else You Should Know: We’ve been waiting on this debut collection from the awesomely named Lizzie Boredom for over a year now, and with the band using the national tour it’s currently embarking on as an excuse to finally get it out, it’s now here. It’s worth the wait, too: Though just five songs long, this release is brash and fierce and all kinds of unapologetic, further establishing this trio as a band to watch — and not just one to book on your club’s all-female bills. No, Lizzie Boredom is definitely not here for that kind of bullshit.

Rami – “Fu W_ DA Lights on (feat. Pink Siifu)”
RIYL: Slow-burning abstract R&B.
What Else You Should Know: We haven’t been shy about celebrating all the great releases Dolfin Records has put out this year from Lord Byron, Jon Bap and Ghoulfive. And now comes Rami with a track from the album PYJAMA that’s releasing this week. It’s a wonderful, slow-burning track that entices the listener as it builds and delivers a smooth verse to cap off the song.