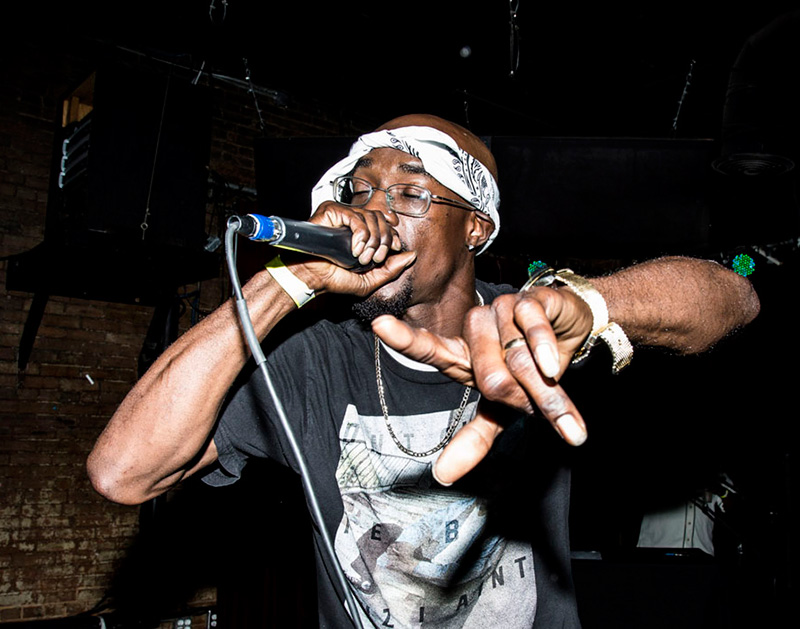 Dandii Sun – “Tree Dancer, Pt. 1”
RIYL: Nature and dancing.
What Else You Should Know: Arlington rapper Dandii Sun’s music always feels poetic and “Tree Dancer, Pt. 1” is no exception. The slow-burning track is a breezy, downtempo fairy tale and lends itself to interesting visuals. — Mikel Galicia

Omenihu – “Dream Killers”
RIYL: Nostalgic ’90s samples.
What Else You Should Know: On “Dream Killers,” up-and-coming emcee Omenihu vents about the frustrations of naysayers and obstacles getting in the way of his dreams. The track features a sample of TLC’s classic “No Scrubs” hook coupled with a soulful beat that complements Omenihu’s lamenting. — MG

David Morgan – To Broke To Be Mastered EP
RIYL: Honest truths.
What Else You Should Know: Dallas rapper David Morgan has been dropping a ton of loosies all year, whether they be demos or full-finished, but it’s no surprise that they’ve all been pretty great. The six tracks here all feature a very laid back sound with Morgan’s tone matching. In all, it makes for an extremely easy listen. — MG

Curtis Mayz – “Joose”
RIYL: The South meets the West Coast.
What Else You Should Know: If the DAMN.-reminiscent cover art doesn’t give it away, the G-Funk bass will; “Joose” borrows the West Coast sound for a classic Southern tale that makes all coasts proud. Mayz has been on a tear recently in anticipation of his upcoming Triple Diziac EP’s release. — MG

Diego Money – “Gotta Blast Ft. Bandmanfarri and Tay-K”
RIYL: Playing with guns with your friends.
What Else You Should Know: Diego Money has been releasing music at an absurd rate this year. Between all the tracks he’s put out with Famous Dex as one half of the Wave Bros, his mixtape and his subsequent loosies, “Gotta Blast” stands out as noteworthy, not only because it was shot by Dallas’ new favorite videographer Dance Dailey, but it’s a solid track that happens to feature one of Dallas’ Most Wanted. All week, news outlets have reported that U.S. Marshals are looking for the Arlington rapper Tay-K. Today, they caught him in New Jersey, which will certainly hamper any potential rap career that 17-year-old had coming his way, at least for now. — MG

Luna Luna – “Revelation”
RIYL: Ballads and romantic comedies.
What Else You Should Know: There’s a lot to like about “Revelation” and this band Luna Luna, an indie trio from Oak Cliff. The lush reverberated lyrics are delivered in such a melodic fashion that it’s easy to get lost in the track, which features a sweet tone that could’ve fit into a John Hughes film. — MG

Percy % – Nada
RIYL: Having a chip on your shoulder.
What Else You Should Know: Percy % raps “They don’t know nada bout me,” and it’s pretty much true. This is the debut track from Dallas artist Percy %, and even though we have very little information on him, it’s a pretty solid debut. Over the course of the song, Percy % goes back and forth between singing and rapping showing off some range. Overall, he’s jumping in line with artists like Bryson Tiller, PartyNextDoor and that mix — but time will tell what else he has to offer. — MG

Hevy Bens – “PISTOLA Ft. Sam Lao”
RIYL: Demos.
What Else You Should Know: Hevy Bens doesn’t have a distinct sound, and that’s actually one of the things that makes his music interesting. You’re never really sure what you’re going to get. With “Pistola” we get a slow, sleepy track feels like a fever dream that we wish had a resolution. — MG

Two Knights – “Regina’s Spector”
RIYL: The old days of emo.
What Else You Should Know: Denton emo darlings Two Knights recently announced a new EP coming this September titled Effing, and released this new track in anticipation of that release. And, as you’d expect from an emo band, there are plenty of angsty lyrics about love. — MG

Xes – “Ride”
RIYL: Playing “What’s That Sample?”
What Else You Should Know: Listen to this track and see how long it takes you to figure out what the sample is. Once that becomes clear, you’ll be able to focus on how smooth of a track this is and that it could certainly serve duty as the soundtrack to your late-night cruising. — MG

Hall Johnson — “City Lights”
RIYL: Streets with names.
What Else You Should Know: This four-piece (either named after the street of the same name in Grapevine of the deceased American composer — it’s tough to say) has only released three songs to date, and this one, which was released back in April but just made it way onto our radar, is the best of the bunch. It’s breezy, and it’s bouncy, and it would be right at home on Spotify’s Feel Good Indie Rock channel. Beware, though: The riff this song is built around will worm its way into your conscience. — PF

The News Can Wait — “Clemens”
RIYL: Talking about how cool your friends used to be.
What Else You Should Know: The second single we’ve shared off of this band’s self-titled, forthcoming album hints at an impending urgency coming to its deliberate pace but shows some nice restraint in never going all the way off the rails. That’s a sign of maturity, especially in a “scene” band, which is likely why this enjoyably miserable song earned its premiere via New Noise today. — PF

Pearl Earl — “Captain Howdy”
RIYL: Fonts.
What Else You Should Know: The third single released so far off of Pearl Earl’s anticipated, self-titled, full-length debut — due out July 15 on Dreamy life! — earned its premiere on She Shreds today, and it continues the trend the earlier songs have hinted at, which is that Denton’s Pearl Earlians are taking things in a more proggy direction these days. That’s neat — and kind of fitting once you realize the backstory for this song and its title. As lead vocalist Ariel Hartley tells it to She Shreds, the name comes from the font they use on Ouija boards and that it’s also sometimes a name used to refer to the Devil himself. Basically, my point is that I think the mushrooms in Denton must be pretty strong these days. — PF

jaCQ — Cosmic Affair
RIYL: EDM’s influence on pop radio.
What Else You Should Know: After sharing the final two tracks from this debut EP from jaCQ in earlier versions of this column, we’ve now got the whole damn thing. The newcomer’s press materials would have you believe she’s all about that EDM life, but this stuff’s really more poppy than anything, which is not a condemnation by any means. There’s no doubt some downtempo trance influence at play here, and EDM in general has clearly set in motion a lot of modern pop’s direction, but jaCQ might do well to not run so fast from the “pop” tag. Poptimism is a real thing! — PF

FlexinFab — Foerverland EP
RIYL: Enjoying something in spite of yourself.
What Else You Should Know: There’s a lot to roll your eyes at when taking a first glance at North Dallas rapper FlexinFab’s new EP. But, somehow, everything that you’d think would be cloying about this release somehow ends up charming — from the fact that each song title starts off with a hashtag to the fact that their Soundcloud uploads each come with a short description following that title. But the positivity in his lyrics and the bouncy, almost certainly Japanese pop-influenced  beats upon which he shares them end up endearing in the end. Remember when permanently sad rappers like Yung Lean were all the rage a few years back? FlexinFab is the polar opposite of that. — PF

Redsean — “Taste”
RIYL: Teases.
What Else You Should Know: Formerly of Sydney Confirm and more recently of Ghost Image, the Dallas electronic musician and DJ known as Redsean passes along this new jaunt that he says is just a taste of the kind of music he’s working on for a new album under his solo moniker that he swears is coming out later this year. Here’s hoping it does, because we dig the head space that this track implies he’s in these days. — PF