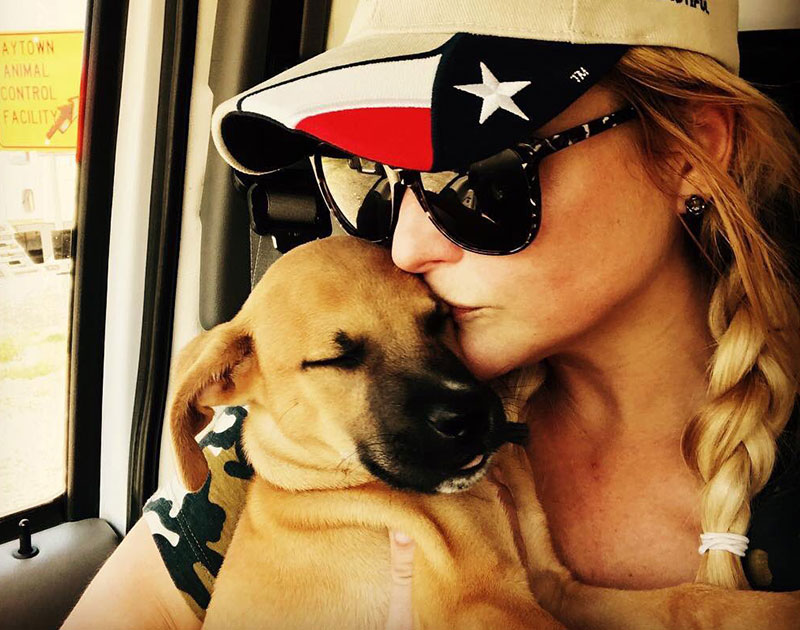 It’s hard to imagine that any North Texas artist could’ve had a better Labor Day than Miranda Lambert had.

But, even before news of Lambert’s five nominations were announced, the country singer had already had herself a busy week supporting the relief effort in Houston and surrounding areas with her Muttnation Foundation that rescued over 70 dogs that were left homeless from the Hurricane Harvey aftermath and relocated them to shelters in Oklahoma.

Of course, Lambert is hardly the only musician putting her focus on Houston of late. As numerous benefit concerts across Dallas were announced over the course of the last week, Oak Cliff native Edie Brickell dropped this bombshell: She and her husband Paul Simon announced in a press release on Friday that the two will be donating $1 million to Hurricane Harvey relief, with their donation focusing on the smaller towns surrounding the Houston area. Brickell, it’s worth mentioning, will also be in town for a hometown show on September 16 at The Bomb Factory alongside the Old 97’s.

Meanwhile, Granada Theater is putting together its own charitable event next week in memory of its longtime house photographer Bill Ellison, who died in August after complications with pancreatic cancer. The September 13 event will feature performances from Ellison’s favorite local bands, and all proceeds from ticket and bar sales will be donated to Ellison’s family.

At the same venue on October 23, the indie rock supergroup BNQT will be performing a rare live show. Lest you forgot, getting this group together in a single place is no small feat, as this group features members of Midlake, Ben Bridwell of Band of Horses, Fran Healy of Travis, Alex Kapranos of Franz Ferdinand and Jason Lytle of Granddaddy. The supergroup, you may recall, released its debut album, Volume 1, in May.

If Midlake-related news floats your boat, then the news that Eric Pulido is busy working on a solo album should further excite you. The Midlake frontman has recently taken to Matt Pence‘s The Echo Lab along with members of both Midlake and The Texas Gentlemen to lay down his individual debut.

Speaking of solo debuts, A. Savage, also known as the frontman for Parquet Courts, released another new track from his upcoming album Thawing Dawn album that’s due out this fall. Listen to “Wild, Wild, Wild Horses” below.

The opposite of going solo is reuniting, right? Well, Vandoliers frontman Joshua Fleming cryptically announced a reunion of his old band on Facebook last week with just a date and a venue — December 16 at Lola’s in Fort Worth. A Christmas miracle? Some fans commenting on that announcement seem to thinks so.

Charley Crockett will probably be having himself a nice little Christmas as well this year. The North Texas blues singer announced via Facebook that he’s the latest roster addition to the Nashville-based entertainment company Thirty Tigers that also features clients like Sturgill Simpson, Jason Isbell and Lucinda Williams. It’s worth noting that Thirty Tigers is not a record label; instead, it’s a entertainment company that offers music marketing, distribution and management services to independent artists. Still, it’s neat to see Crockett getting aligned with such luminaries.

Oh, and speaking of things that shine bright, the satirical site Hard Times published an article parodying the Polyphonic Spree’s cult-ish aesthetic. Head here for some laughs on that front.

Sticking on the Internet punchline front, Anthony Fantano, a.k.a. the internet’s busiest music nerd, a.k.a. The Needle Drop shouted out local emo titans Sad Cops randomly on Twitter last week, which is a pretty cool thing.

And, sure, while, it would be easy to keep going with the jokes and update you all on Starfest, we’d rather switch over to some serious updates from one of the city’s biggest annual festivals that usually gets it all right. Earlier this week, Lights All Night announced the first round of acts books to its eighth annual event — a list featuring a headlining performance from Bassnectar, a Porter Robinson DJ set, Seven Lions, local act Carlyle and rap acts Ugly God and Smokepurpp. Expect more names to be announced soon, including a surprise headliner. The festival takes place December 29 and 30 at Dallas Market Hall and tickets are on sale now, including special packages that offer relief to Hurricane Harvey victims.

On the music video front this week, Cardiac The Ghost released a new song and video last week titled “Seattle.”

And, lastly, if you haven’t already stumbled across it, St. Vincent has been releasing some pretty hilarious mock interview clips via Instagram. They’re worth the watch, for sure.

Miranda Lambert cover photo via Twitter. Got a tip for White Noise? Email us!