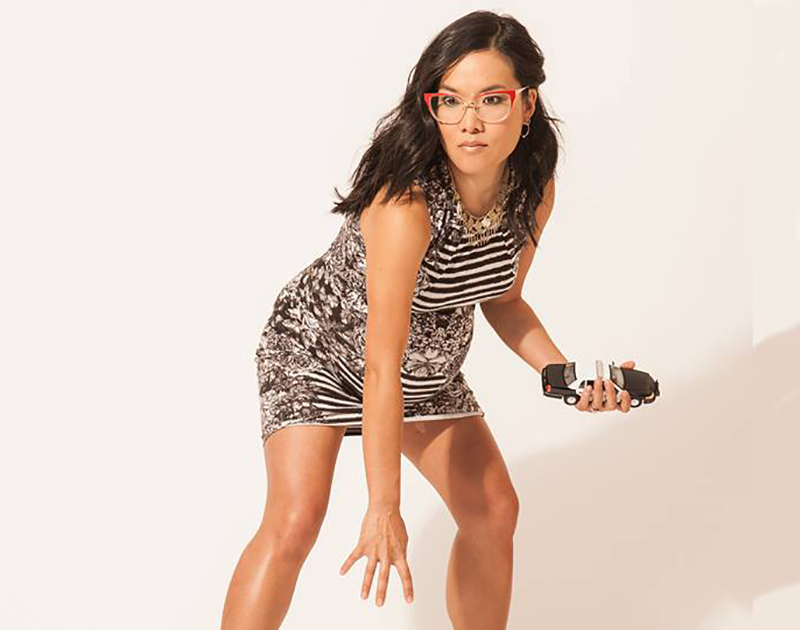 Laugh It Up With Ali Wong At The Majestic, Go Through The Seasons With Future Islands At The Bomb Factory And Sing-A-Long To Grease At Texas Theatre.

The killer creature from the movie It has an appearance that terrifying enough on its own, but the fact that it can shift form and prey on your worst fears makes it that much worse. Those who watched the original two-part series back in 1990 can attest to the story’s potency.

And the reboot of the story that inspired an entire generation’s fear of clowns premiered this week. And it’s been getting rave reviews. So now a new generation will spend the next few weeks talking about the scary clown that eats children and how much they don’t like clowns anymore.

If you chose not to partake in the horror spectacle — well, we don’t blame you. But if you keep getting bugged about going to watch the new It movie and want to find alternative plans, then here’s a list of things going on in Dallas to get you out of that tight spot.

Monday Night Football at Dallas Beer Kitchen
Are you ready for some football?

Kayo Dot at The Lizard Lounge
Progressive rock from the Big Apple.

One Republic at Starplex Pavilion
The Honda Civic Tour 2017.

Quentin Moore at Three Links
With The Daxtones.

Hanson 25th Anniversary Tour at House of Blues
The Middle of Everywhere Tour.

The Downtown Boys at The Dirty 30
With Mulligrub.

Lucero at The Rustic
With Matthew Logan Vazquez.

Future Islands at The Bomb Factory
All ages.

Quicksand at Trees
With No Joy.

Janet Jackson at American Airlines Center
The State of The World Tour.

Austin Winkler at RBC
Former singer of the band Hinder.

GoldLink at Trees
The At What Cost North American Tour.

Wall of Orange at Kessler Theater
With Trent Rush.

Grieves at Club Dada
A band, not the armor.

Minor Poet at Double Wide
Show is 21 and up.

Ali Wong at Majestic Theatre
Almost all the way sold out.

Japanese Breakfast: Soft Sounds From Another Planet Tour at RBC
With Mannequin Pussy, The Spirit Of The Beehive.

Old 97’s at The Bomb Factory
With Edie Brickell and New Bohemians.

Verite at Three Links
With Tigertown.

Ben Ottewell of Gomez at Club Dada
With Cameron Ray.

Royal Sons at Double Wide
With Caved Mountains and Creepeth.

Elk River Sessions at Dan’s Silverleaf
They’re back and with new songs.