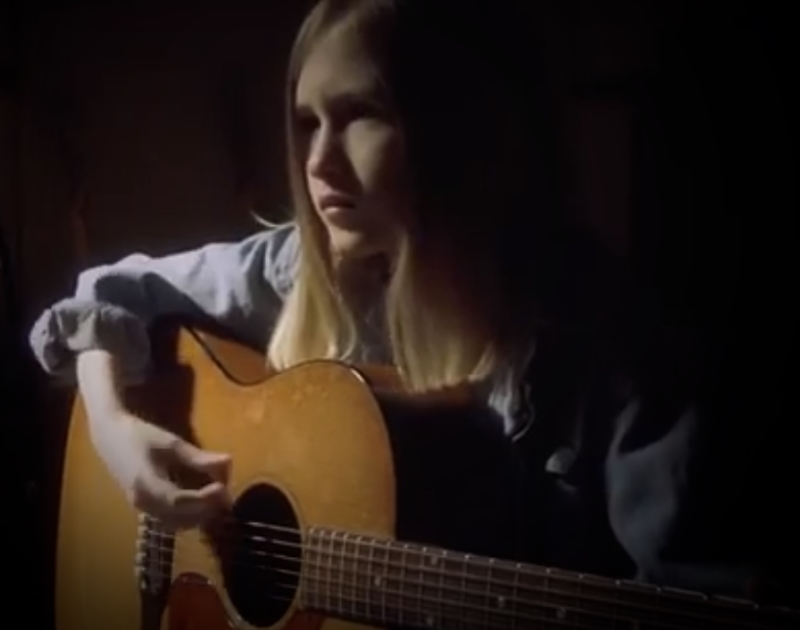 Ish D – “Flashlight (feat. Bemyfiasco)”
RIYL: Shining bright.
What else you should know: The Bobby Sessions and Sam Lao producer has got a long-in-the-works solo EP out today. We’ve already posted this lead single — featuring the vocal stylings of Ish’s always smooth, always on-point writing partner Bemyfiasco – but now there’s an official video to debut. The love-centric disc infuses house music with some R&B, vastly broadening its appeal. You can find the rest of his Marinas Melody album streaming here.

Subtle Grace — And The Sweetness
RIYL: Hearing me now.
What else you should know: Slim Lemon frontman Joel Bradley’s got a brand new solo project with an interesting demo EP to match. Per Bradley himself, the above set of songs were “produced and mixed…using only an iPhone 7. The guitars and bass were recorded by the phone mic out of a ‘68 Fender Twin Reverb amp. All live instruments and vocals were also recorded using the iPhone’s microphone. The drums, percussion, violin, synths and effects were performed, created and mixed directly on the phone as well.” Never would have guessed that! It’s astounding what our little pocket computers are capable of these days, huh? Anyway, the choice was probably less of an aesthetic one, and more due to the fact that Joel’s currently looking for some likeminded individuals to play and record with. Like what you hear? Hit him up.

Ladybug — Love Songs
RIYL: Doing it yourself.
What else you should know: Boasting a bass player that helps run DIY space 1919 Hemphill is a funky, instrumental math rock stew from Fort Worth. You can stream the new EP via Bandcamp above, but some physical copies are coming soon in the form of some cassettes via local label Barf Wave.

Benj Pocta — New Haunts
RIYL: Creative American fare.
What else you should know: The Small Brewpub co-owner and bar manager was a member of the dusty Dallas folk duo The Beaten Sea once upon a time. He says he began his latest project as “a daily journal of loops, samples and experiments.” These hip little song sketches sound nothing like his prior projects — nor do they even sound like completed thoughts, necessarily. But if this initiated a Broken Bells type collab with some laidback local rapper or singer, I definitely wouldn’t be mad at that.

Stephen Pierce — Don’t Become the Eponymous Chicken
RIYL: Bedroom geniuses.
What else you should know: The Zest of Yore mastermind’s latest little nugget of silliness is, if you’re a fan of that band, as awesome as ever. This twee, mid-aughts lo-fi indie isn’t for everybody — but if it’s for you, you’ll know. It’ll find you.

Casual Twins – “Balloon Race” / “Seasick”
RIYL: Making music with your friends.
What else you should know: Just like last week, we’ve got two more new Casual Twins singles for us to share. To recap: The pair of Tony Ferraro (Satans of Soft Rock, Daniel Markham) and Steven Altuna (Bad Design) have been releasing collaborative singles all month long. Here are the fifth and sixth installments in that run. These represent a sort of indie-pop new direction that sounds, refreshingly enough, absolutely nothing like the myriad other projects these dudes have been a part of. Stream them above — but know that, if you pay to download them, a portion of proceeds will go to supporting the upstart Denton radio station KUZU.

SadFaceThuggin – “Fuck Luv”
RIYL: Swaggin ooh.
What else you should know: The 18-year-old from Allen just had this tune premiered by Zane Lowe on Beats 1 Radio. That’s pretty huge! He only started putting out music this year, and only started getting some traction six weeks ago when his “Sleeping With You” single started going viral. It’s very Post Malone-like, IMHO. He’s also got a debut EP out today, which you can hear here.

Jack Barksdale – “Revival Song No. 1”
RIYL: Starting ‘em young.
What else you should know: Even younger than SadFace is 11-year-old slide guitar wiz Jack Barksdale, who is already something of a household name in Fort Worth. Kid’s a regular at gigs, whether he’s just watching or jumping on stage with the scene’s most respected singer-songwriters to show off his chops. In this debut single, he’s seen playing guitar, organ, mandolin and drums. He’s ahead of the game for his age to be sure. A full EP is coming September 7.

Kaz Moon — Summerbug
RIYL: Sleeping in on Sundays.
What else you should know: The Medasin collaborator is back with another collection of his own tunes. There’s not a ton to this package — just a drum pad, synth and some layered vocals — but the finished product is a testament to the idea of the whole being greater than the sum of its parts. Kaz Moon just makes delightfully understated bedroom pop, and it’s quite pleasing to the ear. It’s not the kind of electronic-based music you’d dance to, per se. But it’d soundtrack one heck of a laying-around-in-bed session this weekend.

TAPIWA – “Style”
RIYL: Oh, The Places You Will Go.
What else you should know: After competing for Team Adam Levine/Miley Cyrus on this spring’s The Voice on Snapchat, Lilly Musimbe has decided to start putting out music using her given first name. The 18-year-old’s off to a solid start, too, with this new single that she wrote and mixed herself. Now that she’s graduated from high school, she should have more time to pursue what’s surely her destiny in life. Until then, here’s a feature on the singer from her old high school newspaper to catch you up.

Van Gammon — Destiny Can Wait
RIYL: Role modelz.
What else you should know: He was born in California, but the rapper Van Gammon was raised in the same Fayetteville, North Carolina, community that spurred J. Cole. Now hes a resident of Dallas, where Cole has spent a significant amount of time. According to an online bio we dug up, Gammon found Christianity once he got to Dallas, which has helped de-conflict his empowering, mainstream rap.

Vanessa Peters – “Carnival Barker”
RIYL: Something Wicked This Way Comes.
What else you should know: Peters has a new LP, Foxhole Prayers due out October 5 via Idol Records, and it sounds like it’s going to be somewhat political. The above debut single riffs on Trump’s “America First” policy using old-timey imagery. The singer recently told Mother Church Pew about the song: “I wanted to use the 1920s and ’30s as a reference point for where we are today. A lot of people are unaware that ‘America First’ was a Harding/Coolidge slogan. Warren G. Harding is universally considered to be one of America’s worst presidents, in no small part because his administration was plagued by corruption (though much of that came to light after his death). So this song is about a snake oil salesman type who finds himself in power due largely to scandal and grift. I purposely kept the song a little vague, because it’s not about any one leader. It’s about the way we allow ourselves to be divided into the red camp and the blue camp and we let the system play us off of each other, and it’s about the way that powerful people manage to grease their way to the top time and time again while the rest of us are left holding the check.” So, in short, it’s not about a defunct Dallas ice cream shop.

🎸 – “Heart of a Maniac”
RIYL: Symbolism.
What else you should know: GUITARemoji makes the same, heavily-autotuned genre of trap/R&B/hip-hop/whatchamacallit that Post Malone does. Really, as much of this stuff as there is going around, there should be a more concise name for it! Anyway, we’ve posted about this guy a number of times now because, well, every time he puts out a new single, it is money. This one is no exception.