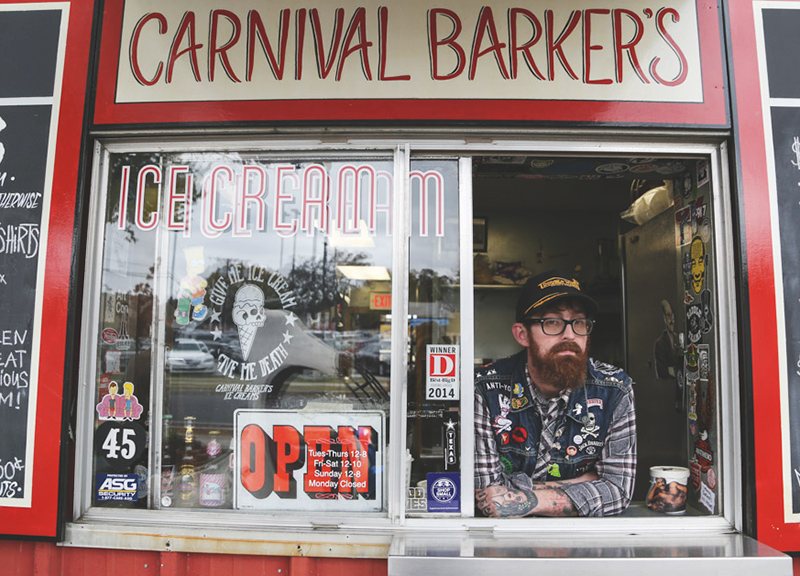 When it comes to professional archetypes, the image of the ice cream man could probably stand to be updated. As is, the profession conjures a visual not unlike those of farmers and ranchers in the sense that it's archaic and largely unchanged since the '50s.

Try out this thought experiment: Visualize what the ice cream man looks like. He's probably dressed in all white, right? Clean-cut and wholesome-looking, too. If you had to guess, you'd probably say that the missionary position is his favorite.

Only, uh, do you know anyone who fits that description? No, because people don't fit in boxes like that one. The same's true of ice cream workers, who, turns out, are people, too. Beyond the polished counters and buckets of dairy delights, they have lives and stories that are often richer than the frozen scoops they dole out to the masses.

If you've ever visited The Truck Yard along Lower Greenville — or if you just so happen to have your finger on the pulse of local dessert news — then you're probably familiar with Barker's brand of classic yet off-the-wall creations, which are all free of any unnatural ingredients. Trips to his little red hut on Sears Street — any day of the week except for Mondays, when the spot's closed — reveal a tattoo-covered Barker, dishing up bowls of dairy goodness while looking like he'd be more in place behind a record store counter or at a concert venue.

Thing is, he's just at home in those settings, too. That's because, when Barker leaves the dairy-filled embrace of his day job, he channels his artistic angst as a member of the Dallas-based punk quintet The Street Arabs.

The ice cream and punk rock worlds are vastly different, of course. But one thing they both share, at least in Barker's case, is that they each became callings for him only relatively recently. A graduate of the University of North Texas, Barker's original aspirations lied within the literary world.

“I wanted to be a writer since I was 12,” says Barker. “I achieved that dream. I had some really great articles published, and got to meet some of my heroes. Really, honestly, it came down to that I couldn't make a living writing, so I got out of journalism.”

Where he would head from there, though, was never all that certain. For a while, Barker moved on to a career in copywriting, finding stability and a possible route toward retirement. But he still didn't feel satisfied by the work. And so, at age 30, he decided that it was time to put down his pen for good so he could pursue another path, one he'd find more fulfilling.

That's how he ended up attending ice cream college in Pennsylvania, a move he followed up by hustling about town to sell pints of his creations and, eventually, finding his way to the Truck Yard. Now, three years after setting up shop there, he's gearing up to open up a second Carnival Barker's location, this one coming out in Oak Cliff.

His path to music was less roundabout.

“[Music] isn't a foreign thing to me,” Barker says. “I'm a third-generation guitar player. My dad played guitar. My grandfather was a guitar player and a singer — he was, like, one of the best yodelers you've ever heard.”

The seeds planted in him by his father — and seeing his grandfather perform throughout his childhood — influenced Barker's decision to pursue a career in music in his late 20s. Initially, he took the stage with his one-man band, The Aaron Barker Experience, playing, in his words, “every crappy dive bar from Dallas to Atlanta.” But with a few years under his belt as a solo act, he came to the conclusion that a solitary life of touring took both a physical and emotional toll.

“It wasn't going anywhere,” Barker says. “It was fun at first, just because I like to perform and be in front of people. But one guy carrying all of this musical equipment and going to shows — you go to all these places by yourself — it kind of got weird.”

Not long after this realization, Barker met with his current bandmate Matt Powers at a show at the Double Wide, setting the works in motion for what would become The Street Arabs.

“I was getting heckled by some of my friends,” Barker recalls of that meeting. “I threatened to jump off stage and whip all of their asses — and Matt was like, 'I've got to be in a band with this guy.' And he asked me to be in a rock 'n' roll band. Three years later, here we are.”

Powers and Barker quickly established a bond through which they explored their musical chemistry. What started as jam sessions between music lovers eventually blossomed into their band, which now comprises of Barker and Powers trading off on guitar and vocal roles, with bassist Chris Mancini, drummer Dan Guerra and keyboardist Scott Boothe rounding out the lineup. Their sound can roughly be described as punk meets surf rock and new wave, with a dash of honky tonk thrown in. They're a fairly a prime example of the slightly obscure yet burgeoning punk scene, and their 2014 LP, Bruised Fruit, was among the best albums released by any act, regardless of genre that year.

“It’s just been an evolution,” Barker says. “We just got together and clicked. We're not scenesters. We're not trying to be the coolest kids on the block. We just wanna put out good music.”

You can tell, too. Their show has a rowdy edge, but, off stage, there's a calm to these thirtysomethings — which isn't to say, however, that Barker and his pals aren't stoked about the scene they and their fellow Dallas punk bands are capably building.

“Dallas is coming around,” Barker says of the Dallas punk sound's recent progress. “Younger people that need it now. There's a whole scene developing. A lot of it's young people coming out of the woodwork — and they're killing it. Things are getting a lot better. Actually, it is a lot better.”

Coming from Barker, who tends to views the glass as half-empty, that's saying something.

“He's pretty up-front,” Powers says about his bandmate. “He's brutally honest about everything. It's one of those love-him-or-hate-him deals. But a lot more people love him than hate him. He's got a lot of passion.”

And these days, he's showing that both on the music and ice cream fronts, earning traction with each venture.

Says Barker: “I'm just doing the best I can. People are gonna think what they want, and that's the way it's gonna be. I just have to keep my eye on the prize. I started making ice cream so that I could make people happy, and in doing so, making myself happy and creating a new future for myself and not relying on other people. I think that's a punk ethos, too. Just do it yourself. Don't wait for somebody to hand it to you.”

And The Truck Yard, fortunately for Barker, is a good fit for Barker's unique perspective, too. The outdoor bar doesn't exactly present itself as your average establishment. And considering that it's a place known for its salvage yard aesthetic, where patrons have the option of getting drunk in a refurbished airstream trailer or treehouse bar, a punk-rocking ice cream vendor doesn't seem entirely out of place here. That's why Carnival Barker's is one of the only permanent fixtures among the food trucks that roll in and out of in this haven for roaming foodies.

Now, with the impending opening of his shop's Oak Cliff outpost, Barker's notoriety should only increase. The new space, located within Jefferson Tower, will afford Barker the chance to expand his Carnival Barker's business by bringing back his wholesaling efforts, which just haven't proven possible at Truck Yard due to space restrictions.

The timing's interesting, too, in that this news comes as Street Arabs' reputation around town is similarly growing.

“I don't know that the band and ice cream goals are the same, other than that I need them both,” Barker says, rather introspectively. “I need to have the Street Arabs in my life. I did not realize what a hole I had inside me before I started playing with these guys. We want to make records that exist beyond our lives, records that people are going to enjoy. As far as the ice cream shop, that’s for me, for my future, for me to be happy, and to see and help people be happy.”

Different as the two worlds may be, Barker manages to exist in both almost seamlessly — so much so that he's come to embrace the tongue-in-cheek “ice cream punk” tag often used to describe him and his band.

“We all think it's hilarious,” Barker says with a laugh. “We're not a typical punk band, but how do you label someone that's not really label-able? There's something about ice cream that's so rad to me — so “ice cream punk,” I think we’re all pretty cool with that label.”

So what's the archetype of an ice cream punk? Hard-working and astute, it would appear — especially if Barker is the prototype. Finding balance between these two worlds requires a profound amount of diligence, something Barker feels to be a crucial part of his existence. There are no days off for the ice cream punk, after all.

“It's all do or die,” Barker says of his two professional efforts. “If you see me and I'm running around or drinking a beer somewhere, I'm probably still working. I'm always working.” 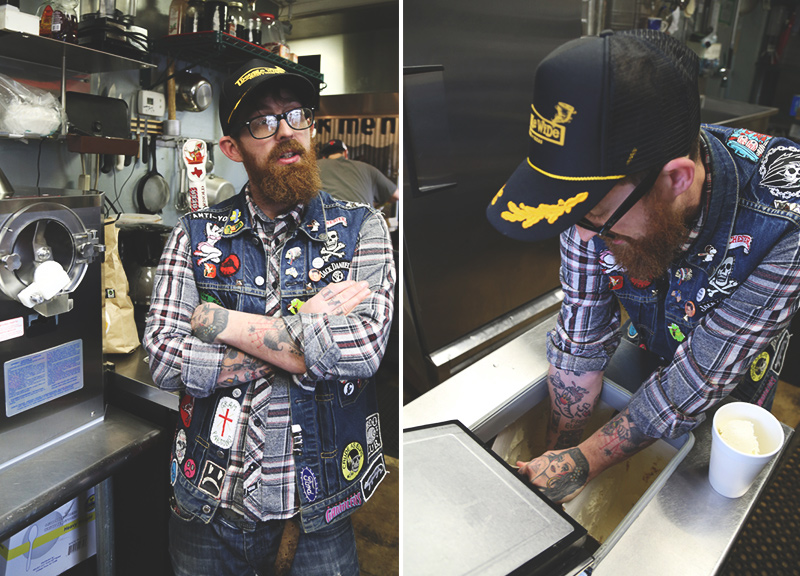 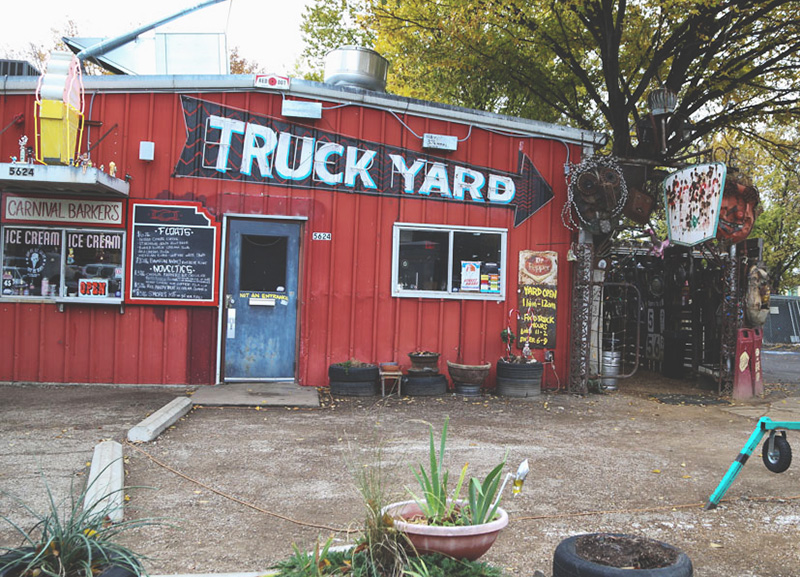 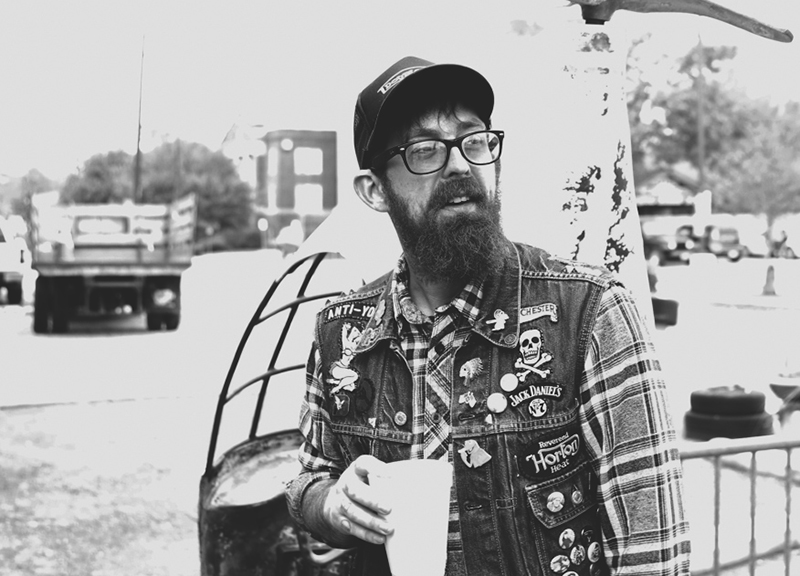