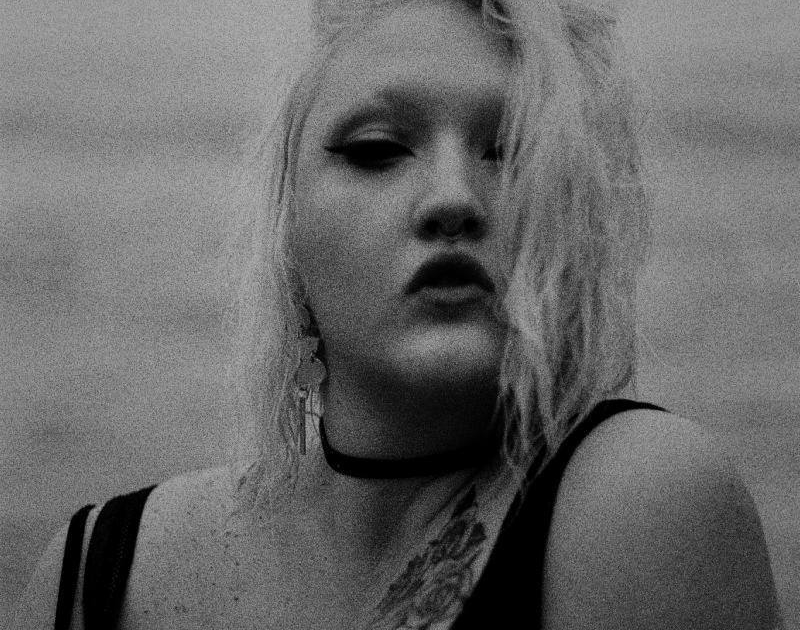 Kirk Thurmond & The Millennials – “Hangman”
RIYL: Updating your look.
What else you should know: Thurmond and Co. go for a more modernized sound on the single that released earlier today. And by that, I mean they took the ’70s soul of their past efforts and moved it up a decade, a la Thriller. “It’s pretty interesting,” Thurmond says via press release. “I’ve been really surprised at the kind of ideas I’m coming up with these days. I’ve always wanted to understand genres like ‘70s soul, but I’ve just kinda realized that ‘80s & ‘90s pop/R&B is something that I naturally recreate. So, KTAM is just going to hang out there for a bit and see what we can create.” The band is one of a couple performing at tomorrow night’s Bands With Beto rally at the Granada.

White Denim — Performance
RIYL: Having your tight pants on.
What else you should know: This marks the band’s eighth LP, and second since Austin Jenkins and Joshua Block jumped ship to focus on their work with Leon Bridges. While the band said they thought of 2016’s Stiff as a debut album of sorts, this one picks right up where that one left off. The band played Conan last night, and will follow that up with a pair of album release shows at Three Links tonight.

Troy Cartwright – “Hung Up On You”
RIYL: Sending “U up?” texts.
What else you should know: A sign we’re living in the 21st century? This modern country tune is about drunk dialing an ex. Interestingly enough, it was co-written by husband-wife Solomon and Rebecca Olds, who have played in and written songs for Christian rock bands, respectively. Anyway, I guess the big takeaway here is that thou shalt not drink too much and make a fool ofst thouself in front of a past love – no matter how hung up on them you still are.

Josh T. Pearson – “Cover Me”
RIYL: Taking things literally.
What else you should know: This tune doesn’t have the word “straight” in the title, so you’ve probably guessed by now that it doesn’t come from Pearson’s most recent LP. Rather it is a cover of Depeche Mode’s “Cover Me.” They were totally asking for it, too. The song premiered on a blog dedicated to cover songs. Last year, Pearson did a remix version of the same tune, which you can hear here.

Des J. – “Do Not Disturb”
RIYL: Crank calls.
What else you should know: Ahead of releasing a debut album, the 26-year-old Dallas rapper is putting out the above single. It was produced by fellow Dallas boy Cruz, who Des says he’s known since the two were in eighth grade, calling random numbers out of the phonebook and rapping to whoever answered. It’s also currently the only single up on his Soundcloud, so we’ll have to wait and see whatever else this dude’s got in his bag.

Casual Twins – “The Jokes” / “Dream”
RIYL: Making music with your friends.
What else you should know: The pair of Tony Ferraro (Satans of Soft Rock, Daniel Markham) and Steven Altuna (Bad Design) haa been releasing collaborative singles all month long. Here are the fifth and sixth such of these. It’s a sort of indie-pop new direction that sounds, refreshingly enough, absolutely nothing like they myriad other projects the dudes have been a part of. You can stream them above, but if you pay to download them, a portion of proceeds will go to supporting KUZU.FM.

Scarlet Cimillo & Cure For Paranoia – “Take Her Down”
RIYL: Teaching them well and letting them lead the way.
What else you should know: This past May – the same month she was graduating from Booker T. Washington High School – 18-year-old Cimillo released her debut EP. While working on a follow-up, her producer Ian Salazar – the 20-year-old Salazar also plays in Acid Carousel — met Cameron McCloud from Cure for Paranoia at a house party. Ian showed Cam an unfinished track and the pair finished it off together. It’s some solid R&B from a fresh-faced bunch of folks ready to rule over the local music scene sooner than later.

SRSQ – “The Martyr”
RIYL: Paying your respects.
What else you should know: The solo project of Them Are Us Too’s Kennedy Ashlyn is pronounced like “seer skew.” The new North Texan’s got a new release coming in October, from which this single comes. That date will be just shy of the two-year anniversary her former TAUT bandmate Cash Askew died in the Oakland Ghost Ship fire. Bittersweet though it is, the material isn’t a far cry from that project, and will be released via the same Dais label.

Kassy Levels – “Money Bags”
RIYL: Going to Hollywood.
What else you should know: Levels got knocked out of the American Idol Season 16’s Top 50 singing Estelle’s “American Boy.” Now she’s the one doing the knocking out — this time with a song she wrote. She’s also been leveling up in other areas, dipping her toes in the production waters, too. Because, as she sings about in the above single, she don’t need nobody else doing her work. She’s the one paying the bills here with the money bags in her eyes.

Echo Spring — Echo Spring II
RIYL: The chemistry of common life.
What else you should know: This is the second Echo Spring album by the band called Echo Spring. They don’t play shows too often, and rarely perform on proper stages when they do. But that’s not to discount their recorded output, which is pretty fucking great. It resides somewhere in the emo-meets-hardcore land, a place our boss refers to as sounding like “a math-ier Fucked Up.” Spot on. It’s dope. We’re both into it.

The Outfit, TX — “Mean Green (feat. Emotional Xan)”
RIYL: To see UNT football.
What else you should know: TOTX dropped a new full-length today called Little World. The above single, which features Dallas’ buzzy weirdo rapper Emotional Xan, is one of the new project’s songs that immediately stands out. Cough syrup and antidepressants pair very well together, so it seems. You can find the rest of the album streaming here.

Dog Company — High Hopes in Hard Times
RIYL: Studded accessories.
What else you should know: The oi punk vets make another album of punk that sounds like when punk was still punk. Or something like that. It could have been released at any point in their very long time together, which is probably something its base of loyal fans like about them. They get older, and their shows stay the same.

Splurge — No Melody
RIYL: Staying in school.
What else you should know: I hate to make fun of 16-year-olds, so I won’t say too much about the one-trick Arlington rapper here. But his melody-less producer Jeff should know better than to recycle the same simple beat six times in a row. His previous EP also featured seven more of these identical Jeff beats, although those ones had a touch of melody now and then via some keyboards. But that melody is gone in this collection. So… kids, man.

Calvin Harris – “One Kiss” (Zach Witness Slow Kiss remix).
RIYL: The re-re-re-remix.
What else you should know: The longest-running No. 1 song by a female artist on the UK Singles Chart this decade now belongs to Dua Lipa for her Calvin Harris collab “One Kiss.” It reached that plateau on April 20 and stayed there for eight weeks. Inspired by its 4/20 success, perhaps, local producer Zach Witness slowed the thing down a bit.