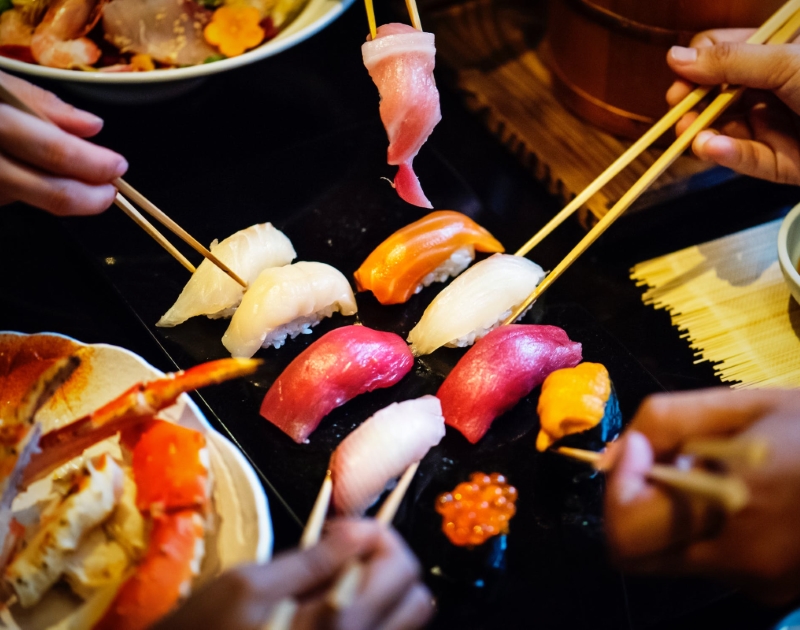 Learn to Make Sushi, Crash a House Party, Go Ask Alice in Chains, Hit Up Chocolate and Cheese Parties, Get Some Pins For Your Denim and Watch a Kanye Tribute.

If you’re really hungry right now, you could always go out and steal a ramen noodle truck, as one thief in Georgia recently did, making off with nearly $100K of cheap eats.

But that sounds like a lot of work. And really, another recent study concluded that a person eating nothing but ramen for an entire year would only consume about $150 worth. So, not really worth it in the long run.

On the other hand, if you’re really bored, like, all the time, you could always just continue reading the thing that you’re already reading. It’s got ideas for things to do all week long. It’s free and easy. So totally worth it.

Ben Harper & Charlie Musselwhite at House of Blues
I’ve got the going-back-to-work-tomorrow-after-a-three-day-weekend blues.

Thursday (9.6)
The Mountain Goats at Canton Halll
Neither a death metal band, nor are they from Denton.

Superhero Soundtrack at Bass Performance Hall
Up, up and away.

Dale Watson at Mama Tried
He only lies when he drinks.

A Special Evening with Sonia Sotomayor at Wyly Theatre (Sold Out)
Reigning supreme.

Courtney Marie Andrews at Three Links
A little rough around the edges.

6-Pack Trail, Bike Cruise & Craft Beer Tour at L.U.C.K.
Get on your bikes and drink.

UFC 228 at American Airlines Center
PPV is for suckers.

Phil Anselmo & the Illegals at Trees
Walk on home, boy.

Alice in Chains at Toyota Music Factory
They released an album last week.

Gary Numan at Canton Hall
Not in cars.

The Sound of Music at Majestic Theatre
This is one of my favorite things.