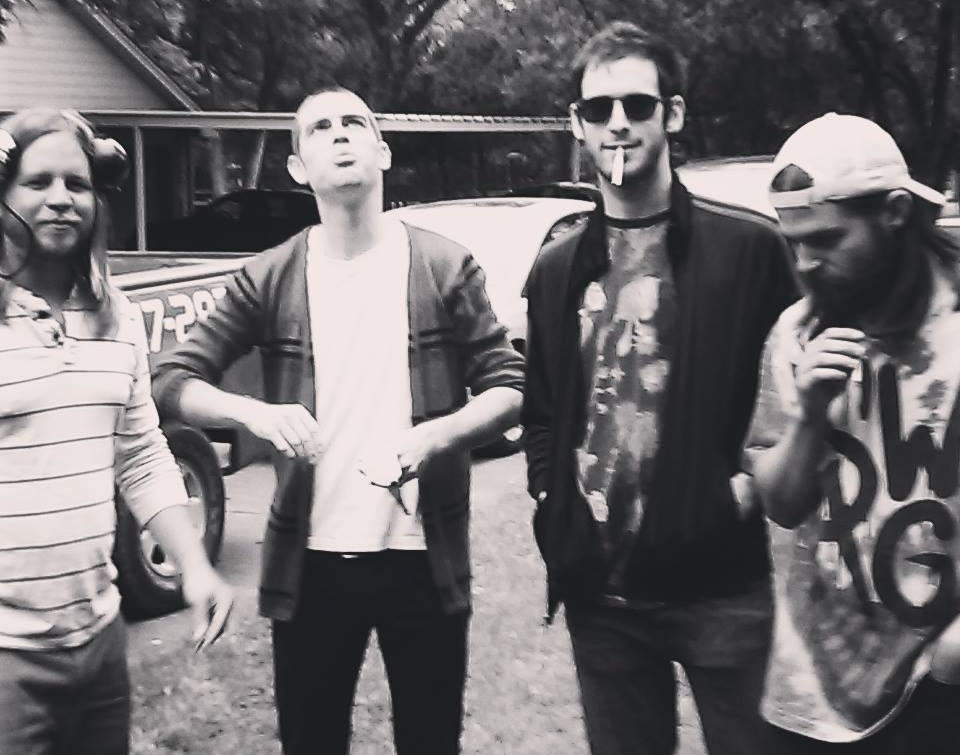 Beyonce & Dixie Chicks – “Daddy Lessons.”
RIYL: Countrified mashups.
What else you should know: Remember when these acts paired for that stellar twanging up of Beyonce’s “Daddy Lessons” at the CMA Awards last month and dumbass racist white country fans couldn’t handle it? Fuck you, Travis Tritt. This studio version is another reminder what a killer collab that was. End of story.

Post Malone — “Leave.”
RIYL: A little Texas swagger.
What else you should know: The possible industry plant from Grand Prairie who we will forever affectionately refer to as Yung Posty is finally dropping his debut LP a week from today — but not without dropping this new country-tinged track first. Consider it the latest bit of evidence that Post really isn’t a rapper so much as a guy who incorporates a variety of influences, if mainly hip-hop ones, into his own unique stew.

Lindby – “Christmas in Killarney.”
RIYL: Dreaming of a green Christmas.
What else you should know: For its fifth annual Christmas offering, Lindby is once again joined by some cool guests. Collaborating with them on this year’s Lindby Presents: Holidays With The Hendersons is, well, The Hendersons. The full thing comes out on Monday, but they’ve agreed to give CT readers a sneak peek with this jaunty little Irish-inspired number.

The Longshots — Inhaler.
RIYL: Pleasant rock ‘n’ roll.
What else you should know: The 10 tracks on The Longshots’ brand new LP are pretty varied along a garage spectrum, from the punkier stuff to the more Americana end. The better for keeping you interested for the entire 40-minute run time, we say. There’s no denying this is the most polished, hi-fi territory the Fort Worth rockers have ever treaded.

War Party — “Pure Destroyer.”
RIYL: Standing with Standing Rock.
What else you should know: This track was originally released many months ago via Hand Drawn Records’ second annual Analog Sessions vinyl comp, meaning it was all recorded live straight to tape, in this case, at Fort Worth’s Cloudland Recording Studio with Markus Midkiff. The band’s re-releasing it now digitally in order to raise money to send to the protestors at Standing Rock.

Most Efficient Women – “Food For Pigs.”
RIYL: The Mason Verger scene in Hannibal.
What else you should know: Is post-punk always improved by throwing in some skronky sax? Not sure that’s true across the board, but it definitely is the case with this track. The rackety band is fun – as fun as you can be while screaming about cutting your dick off and feeding it to swine – and comprised of some 817 heavy-hitters including Britt Robisheaux, Bobby Taylor, Justin Collins and Donovan Ford.

Motorcade – “Recover.”
RIYL: Supergroups, but not the word supergroup.
What else you should know: I hate the term supergroup, especially when talking about local bands. But I suppose, in a sense, that’s what Motorcade kind of is. The new band features John Dufilho (Cantina, CLIFFFS), Jeff Ryan (Pleasant Grove, Baptist Generals), James Henderson (Baboon) and Andrew Hofstetter (Baboon), although its sound is probably not what you’d expect from that combo. It’s pleasant and poppy and the kind of thing we could see folks nationwide latching onto, regardless of how familiar they are with the guys’ other projects. The band’s debut record releases in early 2017.

Steve Gnash – s/t.
RIYL: Dirk’s little soccer-loving buddy.
What else you should know: The man, the myth, the self-professed underground international pop sensation that, to my knowledge, has yet to play outside of DFW, just released his debut EP today. It strikes that balance between jangly and reverby that I’ve been known to frequently fall for, although I must admit, I’m not loving this as much as I feel like I should. IDK. There are flashes of greatness here and there, and plenty of potential for sure, but it’s not quite all the way there yet.

Trái Bơ – “CU L8R.”
RIYL: Assuring people you’ll meet up with them again at some indeterminate point in the future.
What else you should know: Now here’s something really interesting. As someone who hears an awful lot of (frequently awful) music, I not only love finding something that still manages to strike a chord, but is also something I can’t quite pin down to a specific genre. Not sure where I’d file this in the record store; it’s funky, it’s jazzy, it’s lo-fi and psychedelic. Heck, it’s even kind of poppy. I dunno man, I just like it. The full LP, Adulthood in the Context of Total Noise comes out on December 12.

Herrick & Hooley — “Make it Happen.”
RIYL: Smooth music.
What else you should know: You may remember these fellas slaying at our site relaunch party. Yeah, they good. Anyway, here they are with more of that good good. Yeah, like I said, it’s good.

TNY PHNTM & Kidd Luna — “WRYD.”
RIYL: Riding the Rainbow Road.
What else you should know: After making his “music for Tinder dates” in Dallas for the last three years, Tony Lamonte, aka TNY PHNTM, moved to L.A. last month. But he left us something to remember him by first — an upbeat little jam reminiscent of that one course on the original Mario Kart 64.

Ynfynyt Scroll — “Nada Nice.”
RIYL: The whole damn world.
What else you should know: Like he always does, Ynfynyt Scroll brings that hot fire over a killer world music beat. There’s typically some tropical undertones with all his jams, and this one is no different. Dude’s got a knack for making you feel summery even when it’s cold out, and feel like dancing even when you’re just sitting under the fluorescent lights at your desk.

Medicine Man – “You Are Safe.”
RIYL: Fresh starts and fresh jams.
What else you should know: Jason Burt and Keite Young’s new hip-hop- and gospel-tinged project is meant to completely change everything you think about them as musicians. It did that for me, anyway. Check out this feature we did on the band earlier this week for lots more of their fascinating backstory.