Song Of The Day: The Wee-Beasties — “I Wish My Mom Would Smoke Pot With Me” 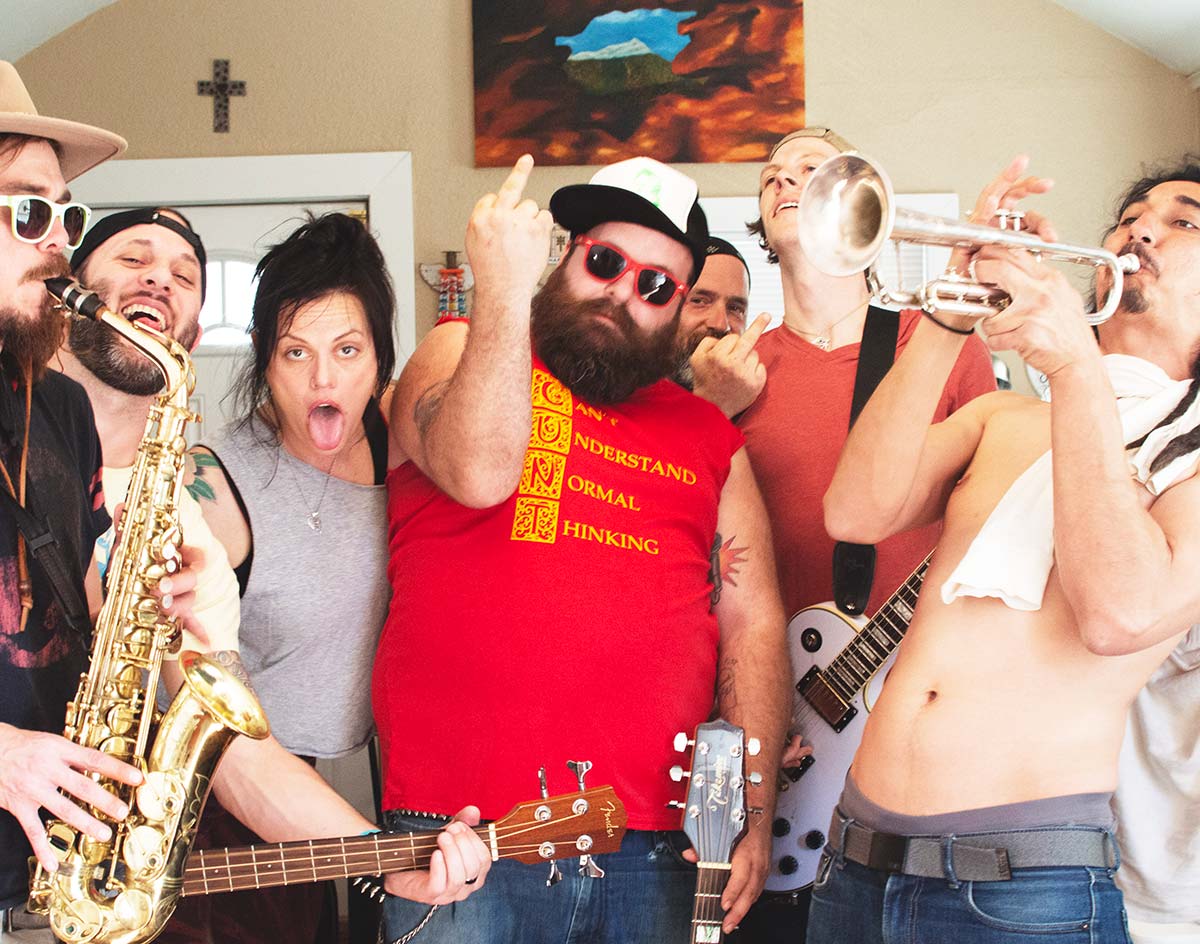 A Decade After Their Last Release, Denton’s Wildest Band Inserts ‘The Whole 7 Inches’ Into Your Playlists With A Hilarious & Catchy Singalong Kickoff Track.

The Wee Beasties — “I Wish My Mom Would Smoke Pot With Me”
RIYL: wholesome family memories.
What else you should know: The venerable and vile Denton rock group The Wee-Beasties is comprised of singers Richard Haskins and Stephanie Holloway, guitarists Kyle Harper and Randy Lincoln, bassist Paul Burke, drummer Trent Jones, trumpeters Robert Hokamp and Tomohiro Hanson, and keyboardist Ginny Mac.

As a group, they’re loud, proud and full of… something.

If its list of band members isn’t a mouthful (per se), then their upcoming EP The Whole 7 Inches sure is — especially considering the way that the band’s first formal release in a decade opens with a show-stopping jazz fusion punk track that immediately comes off like a classic.

“I Wish My Mom Would Smoke Pot With Me” is kind of track you wait for at a concert. When the Wee-Beasties perform it live, it feels like the perfect anthem for grabbing hold of your bestie and jointly raising your beers to the air. While a slower song in the often wheeling-and-dealing world of punk, it’s also one you just can’t help but sing along to without smiling. It helps that the oft-repeated chorus is the same as the title, making it super easy to remember. Plus, the concept behind the lyrics is just pretty fun to think about if we’re being honest.

When taken into even greater context, the song deals with the very real topic of lead singer Richard Haskins’ feelings towards his mother own mother: “Come on mom, just give it a try/things will be better when you and me are high/you won’t judge me and you’ll put your feelings aside/and I promise you that you might like it,” he sings. Then he continues: “Come on Mom, just give it a chance/Don’t you know that it’s only plants?/Which means God put them here like he did you and me/if that’s what you believe…” Haskins then ponders the alternate reality where he and his mom are pot-smoking homies: “I’ll teach you to roll a blunt because you taught me how to read.”

In the musical sense, The Wee-Beasties aren’t far off from NOFX’s “I Am An Alcoholic” here, with the trumpets offering the proceedings a bit of a shoot-em-up spaghetti western vibe. That’s not to say, however, that this is some cringe-y impersonation of Fat Mike and the boys; the comparison has more to do with these songs’ inherent tendencies to piss off right people.

Adding to the mettle of “I Wish My Mom Would Smoke Pot With Me” is the fact that The Wee-Beasties are the unusual punk band that’s willing to pay tribute to all the exceptional instrumentalist talent that its hometown of Denton has to offer. This song in particular features cameo solos by Grammy award-winning Brave Combo saxophonist Jeffrey Barnes, and also Ten Hands percussionist Mike Dillon who performs vibraphone. Denton jazz/funk singer Hale Baskin further provides vocal harmonies to the recording as well.

It all sets the table quite well for The Whole 7 Inches, which was produced by Lauren Upshaw at Panhandle House Recording Studio, and then mastered by the Grammy-nominated Tim Kimsey (Pantera, Kirk Franklin, Vanilla Ice).

That release is due out this Friday the 13th on all streaming platforms. Fans can then catch the band live the following night in Dallas at Three Links for a record release show that’s sure to be (another) one for the books — pot for mom’s not included with the cost of admission, of course.