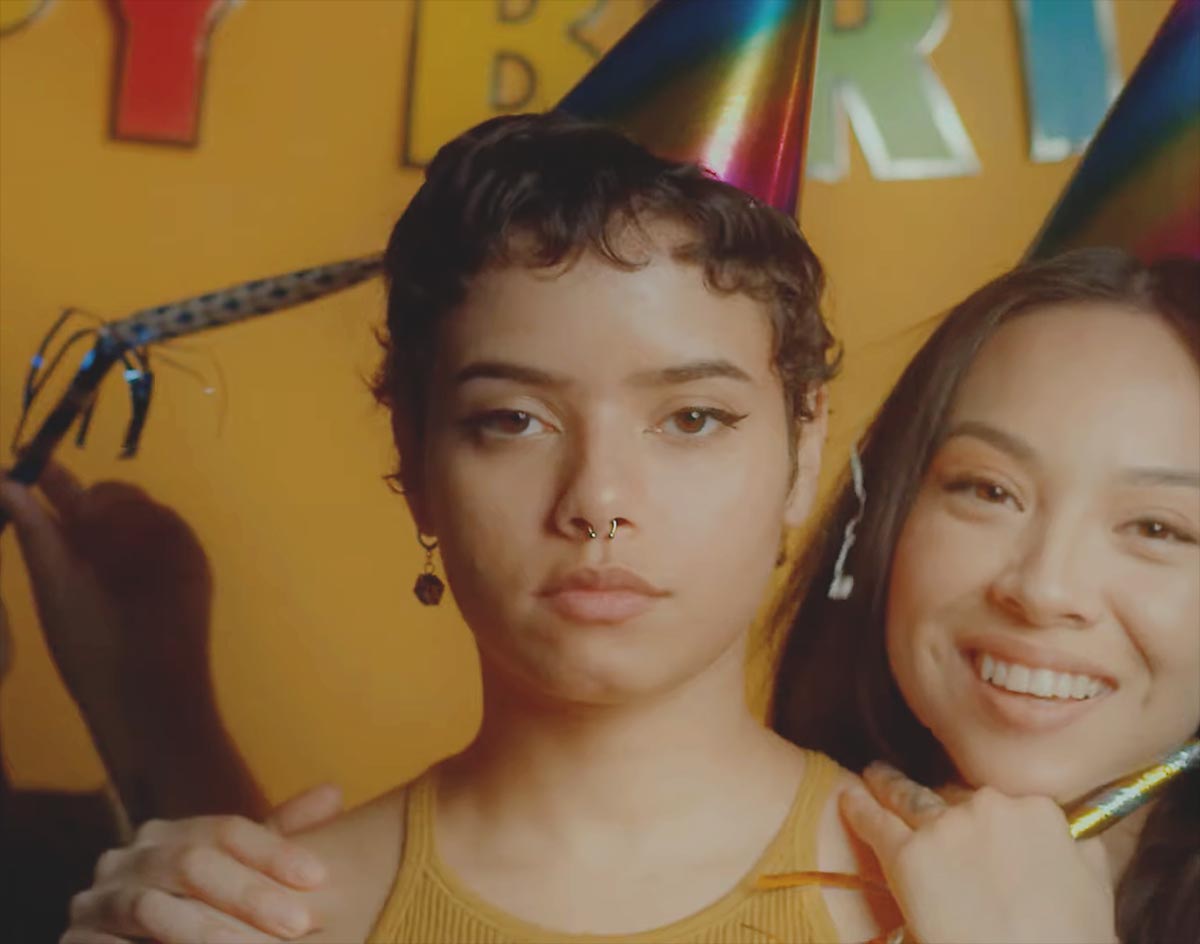 The Slow-Burning, Forlorn Kiss-Off Is Just One Of Many Must-Hear (And Must-See) Offerings From One Of Dallas Music’s Most Exciting Newcomers.

Tears — “I Wish”
RIYL: bilingual pop greatness.
What else you should know: The emerging Miami-born and Dallas-based pop artist Alex Alicea — otherwise known as Tears — has her cake and she eats it too, both literally and figuratively, in the German Torres-directed music video for her recent song, “I Wish.”

One of two new head-turning Torres-directed clips from the performer — the even more-recent “BYE” is also a supreme banger — the video for “I Wish” finds Tears celebrating a rather somber birthday the old fashioned way, which is to say by unwittingly getting a birthday cake smashed into her face by loved ones.

Talk about a good way to cause some serious trust issues! Or maybe it’s just good-natured humor. Either way, clever cinematic storytelling is starting to become a recurring standard in the Tears camp, which also counts music producer AZ alongside Alicea and Torres.

As Torres visually portrays it, the “I Wish” story starts the way most early romances do — with two people longing to be together, explore each other’s bodies and give their best at sticking it out through thick and thin. And, over the course of the video, Tears and Torres utilize birthday party imagery to reflect those early-romance beginnings with champagne and the lighting of candles. It’s clear from the get-go, though, that this particular memorable occasion is probably only memorable for the wrong reasons.

Coupled with the video, the song conjures regretful relationship emotions we’ve likely all experienced. Alicea’s soft-spoken and seductive repeated chorus of “I wish I had never met someone like you” very much drives the narrative to its inevitable tragic reveal.

Musically, gloomy organs encourage the lament ever further as Alicea sulks throughout the video and wreaks havoc on her own decorations with a chef’s knife.

Taking into consideration the young artist’s other recently released videos — the June-released “ENUFFA U” and last November’s “B4U” are also must-watches along with the aforementioned “BYE” — and it’s clear that Tears is an artist both on the rise and well worth more attention.

As for whoever “I Wish” might be about? Regretful as Alicea appears to be about that relationship, we’ve got a feeling a whole bunch of people are on the verge of being even more regretful that they ever let her slip away.