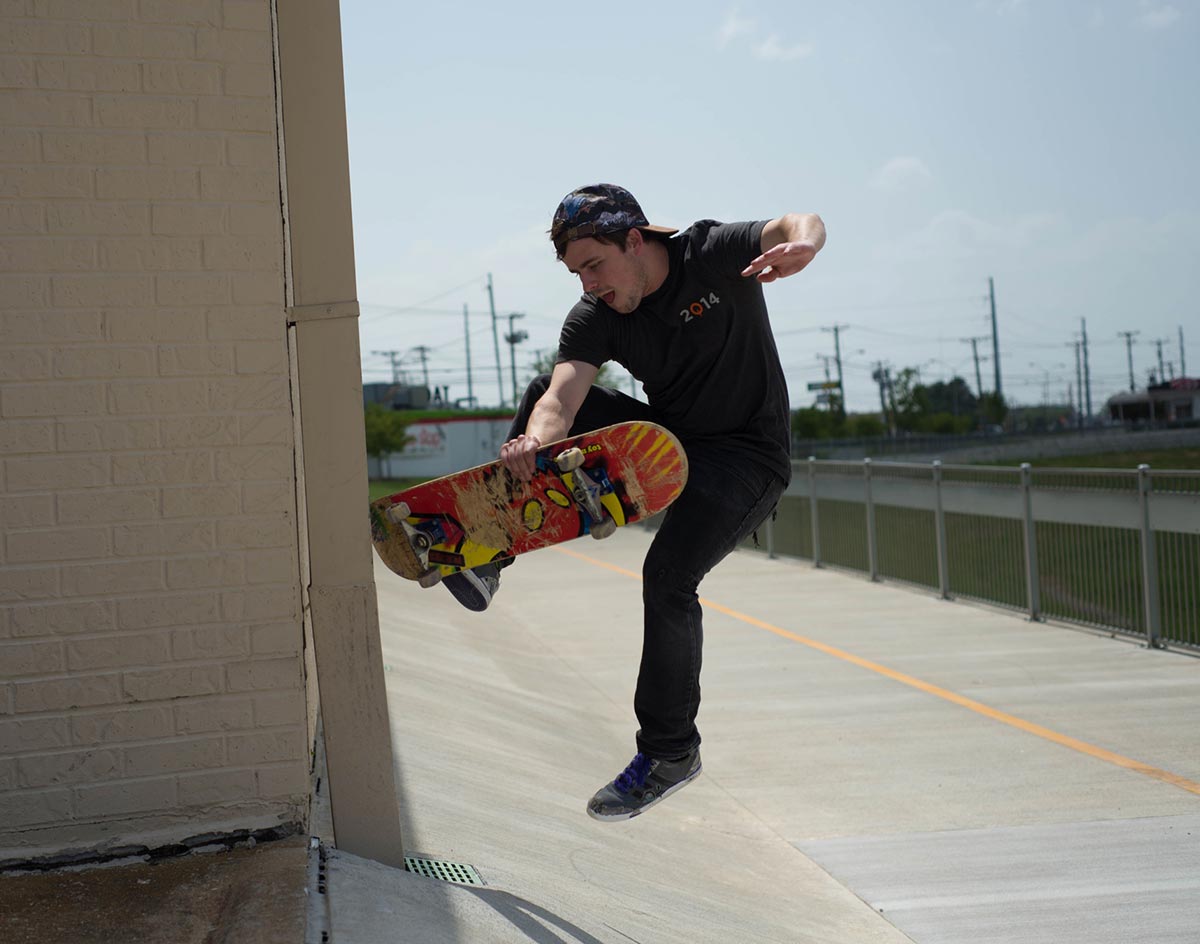 Finally, the City of Dallas is making headway on its plans to build its first modern public skatepark.

It’s about damn time, too.

For people that got into the sport around the time that Tony Hawk, Christian Hosoi and Steve Caballero were helping it explore in the early 1980s, skating in a park or a bowl around here always felt like a distant dream. Younger generations that played the Tony Hawk’s Pro Skater games on PlayStation only further felt that yearning.

Finding places to skate in Dallas has always been something of a journey.

Eric Kuhns knows this struggle well. He grew up in the Garland area, and now serves as a prolific YouTuber with his Urban Skate Spots channel. As a writer and actor in addition to working a day job, he’s always working on a new project. But his heart likes in trying to find new places to skate, and revisiting old skate spots to see if they live up to his memories of them.

Like any good skater, he’s actively helping out his fellow skaters with these efforts. Whether it’s scoping out an old parking lot or a gap between a car dealership and a funeral home, he loves to show places all over North Texas that make for good — if sometimes unconventional — skating destinations. He’s also used his channel to provide updates on the long-in-the-works skatepark in Garland, featuring an interview with people working on the project, as well as a history of it.

We recently spoke with Kuhns about why he started his channel, and what he hopes to do with it.

Before you did the YouTube channel, did you film yourself skating on VHS tapes and share them with friends?
I did! I remember my uncle had an old camcorder in the late ’80s and early ’90s, so I have a bunch of VHS tapes from him. He would film me, and it got me interested. Once I got into school, even as young as kindergarten and first grade, I started acting and stuff. Then I got into filming myself once I got a hold of an actual camera, back when I was 15 years old. Friends and I would film on a really old camera — like an 8-mm one — and then I would transfer all of that onto a VHS tape by recording certain parts. Then we’d do “premieres” of our skate videos.

Did you collect Bone Brigade videos, like The Search for Animal Chin?
Oh yeah! All the way up until the late 1990s, right before they switched over to DVD. I still have a collection and they’re all at my parents’ house.

I skated before I really got into music, and I had more than a few issues of Thrasher and Skateboarder. I would wonder, “What’s this Animal Chin thing?” Fast forward to a few years ago, my wife got into Moxi quad skates and she suggested I get a skateboard. I hadn’t had a new one since 1988! So we went to the Point Skate Shop in Deep Ellum, saw a Stereo deck, and I bought my first new board and wheels as an adult. I was curious about where we could skate around Dallas — and then I found your YouTube channel. It was a huge help!
I’m glad! I put it all up so I can help other people. During the journey of this. I found out there’s a guy in California who charges people for skate spots — like a skate spot map. I thought that’s such a weird, backwards thing to do to other skaters. I wanted to create this map and make it free for people, show it on YouTube and have a map on my website for anybody to look at.

When you featured a skate spot around the Aria funeral home and Popeye’s, I thought about how I used to live in that area and it reminded me of what I love about skating, which was seeing places you see everyday and looking at them in a completely different way. You think about how far you can go with a grind or how deep of a drop you have.
Yeah! It’s such a weird thing. My wife has gotten used to it now, but we’ll be driving and she’ll tell me to keep my eyes on the road. I’ll turn off and go to random places and check out buildings. The exploration aspect where you never know what could be behind a building. 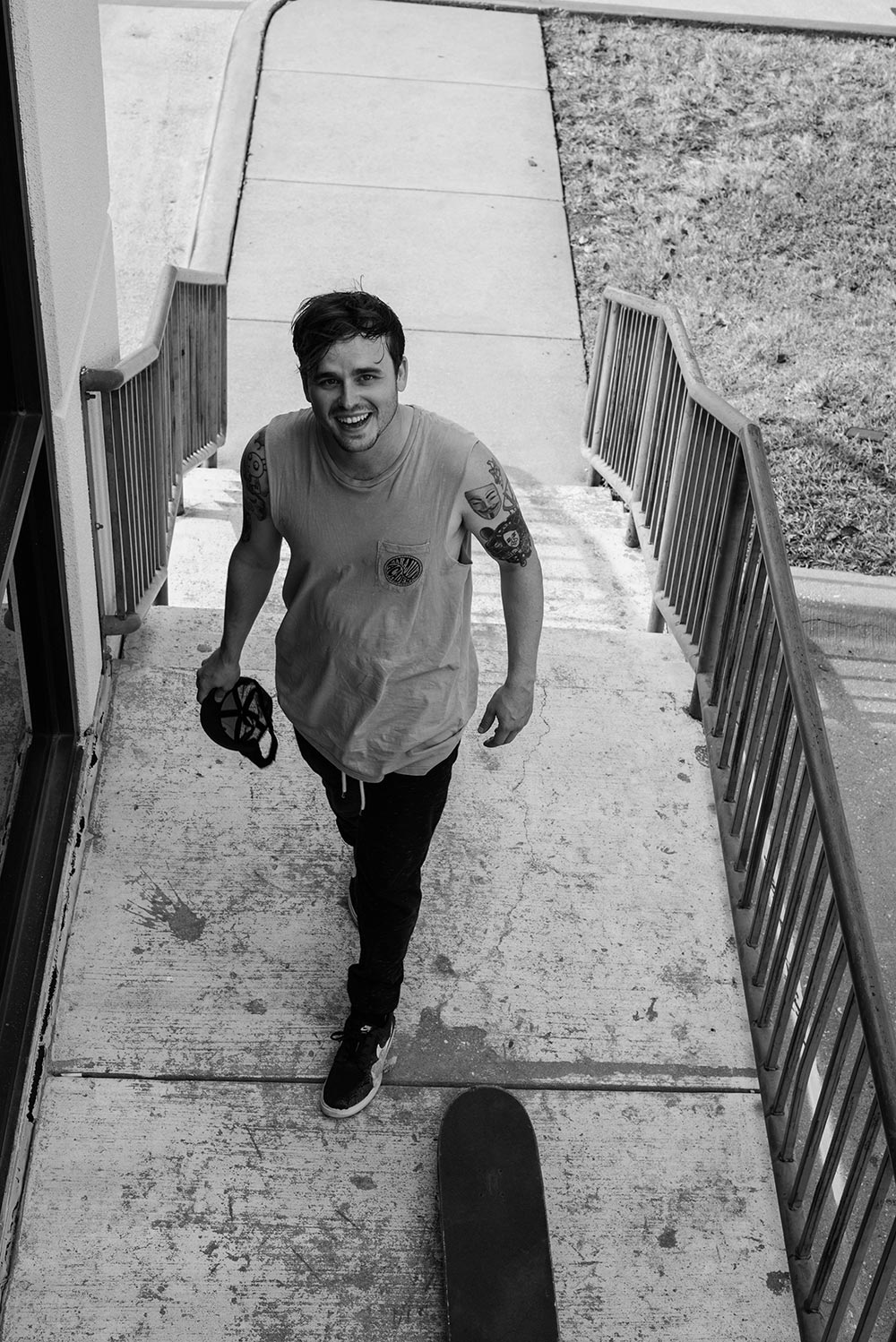 You present yourself on your channel as a lifelong skater, and you’re showing how to do stuff and making the most of what’s around your neighborhood before a skatepark is built — like the one being built in Garland.
Oh yeah! Dallas has never really had a park. We’ve had to fend for ourselves. It’s been forever. Skateparks started being built around here in the last eight to 10 years, all outside of the city. You nailed it. I want to show spots around here, but also what’s possible even if you don’t live in Dallas.

My wife and I recently went to the Chisolm Trail Skatepark in south Fort Worth. I was blown away by how spacious it was and how nice all the skaters were to us.
You picked a great time to get back into skating! In the early 2000s, skateboarding was having its resurgence from when it died in the early 1990s. A lot of people would find their cliques and stick with them. People were trying to show off and competing much more. Now, in the last five to 10 years, that’s completely changed. Everybody is so cool at skateparks. Everyone is so accepting. If someone needs help with learning a new trick or finding a new spot, there’s always someone helping. It’s a really good time to be a skater.

I’ve always admired the concept of looking at the world in a different way. When you skate, you’re forced to reassess your environment — and, thus, it reassesses your life. How has skating affected you when you’re not on your board?
It goes back to the TED Talk that Rodney Mullen had, when he talked about how skating gets you ready for life. Because you consistently fall, and you get used to that. The 10,000-hours rule doesn’t really apply to skateboarding. You can be doing it forever, but every time you go out to skate, you’re bound to fall. You create the mindset to keep going. I’ve brought that into my regular life, whether it be a project or my regular job.

Since you changed the name of your YouTube channel from Dallas Skate Spots to Urban Skate Spots, are you trying to expand beyond locally and spotlight places all over the state of Texas?
I am! My ultimate goal with the channel is I would travel all around the U.S. and show spots. I wanted to expand my reach of where I could go. 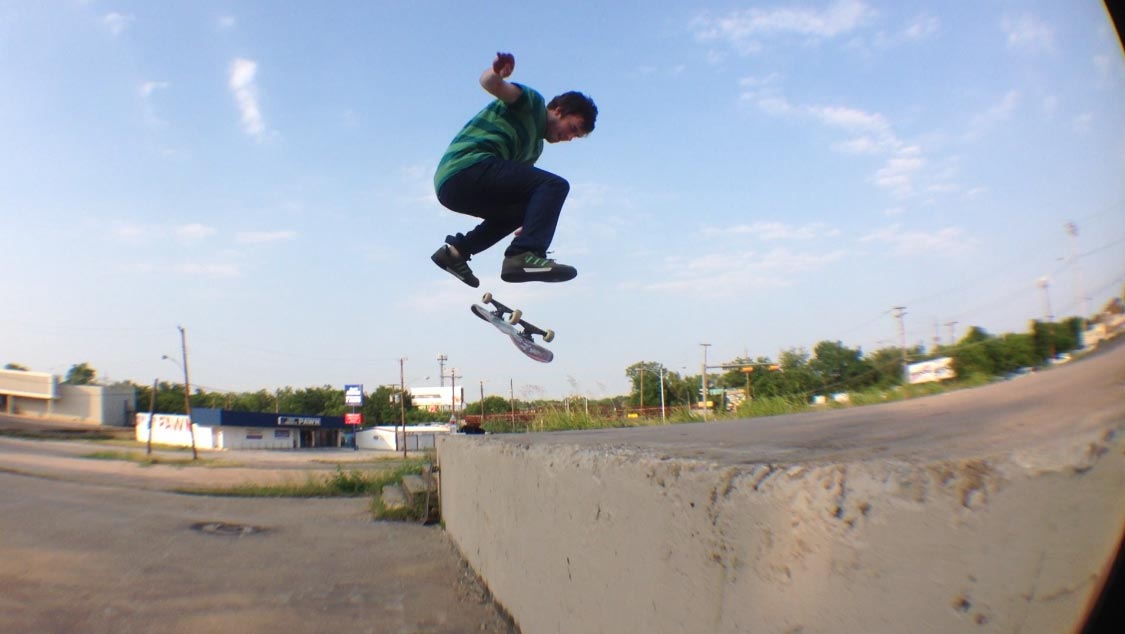 This interview has been edited for length and clarity. All photos courtesy of Eric Kuhns.