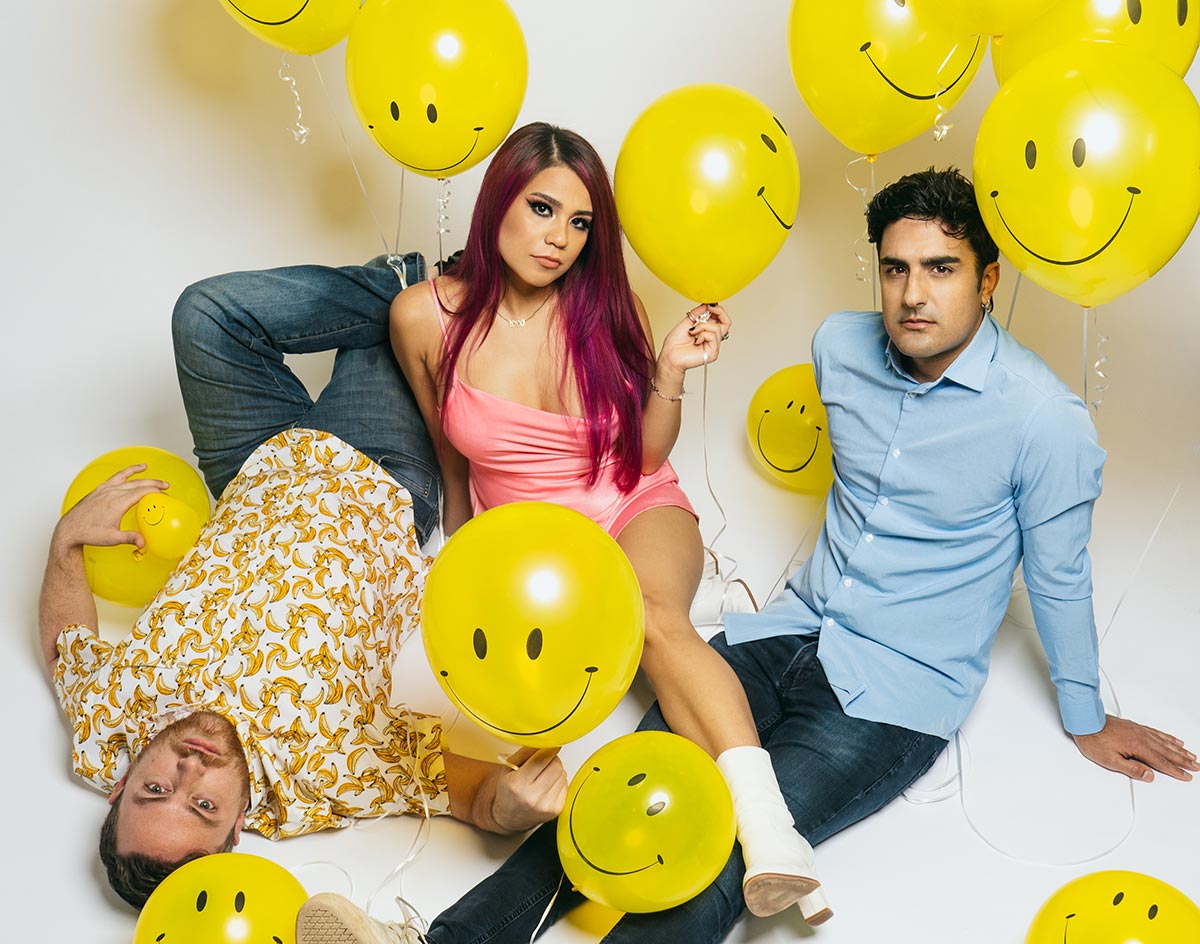 Phantomelo — “Space Prom”
RIYL:‌ the Dracula puppet musical from Forgetting Sarah Marshall
What‌ ‌else‌ ‌you‌ ‌should‌ ‌know:‌ With energetic live performances and an alluringly beachy sound, North Texas indie rock trio Phantomelo has been steadily establishing itself as a band to keep an eye on in this region for a few years at this point.

Now, the group is really looking to establish themselves as a band to watch — and we mean that very much literally, as in through your computer, television and phone screens.

After releasing a captivating video for its single “The Tempest” earlier this year, and even dropping some goofy, seemingly Adult Swim-inspired show promo videos too, the band’s new Anthony Milton-directed music video for its “Space Prom” single further establishes the band as an act that approaches its visual game with appropriate seriousness — so much so that we’d say it’s currently sitting as the clubhouse leader for North Texas music video of the year.

“Space Prom” is breezy, deliberately paced listen with darker lyrical themes than listeners might notice at first blush. To hear Phantomelo guitarist and vocalist Will Rakkar put it, it’s a song about contagious narcissism — and, more specifically, the band’s belief that humanity is so fucked up that our inadequacies would likely even corrupt aliens trying to live among us.

“It’s a dark world,” Rakkar says. “People do a good job — at least on social media — pretending that it’s not. Have a look at all the smiles on Instagram… This world is dark as fuck. Perhaps the smiles and filters and all that are coping mechanisms to help us get through the day to day, but why do we put up with this shit? Why are we choosing to cope with things that don’t make sense, that screw the next generations? When do we collectively stand up and say no to the politicians that are dividing us, and the corporations that are knowingly and remorselessly abusing us and the planet? We realize this is a bleak outlook, but recognizing and addressing these things is the first step to putting it back together, picking up the pieces and healing. We’ve to face our problems to exorcise them. There is hope. But it has to come from a sense of community. A sentient, alien life force would likely easily, stoically diagnose the afflictions pulling this world to pieces. But in this song, even an alien cannot resist for long. It’s too overwhelming.”

Alas, CGI aliens are too expensive for most local music video budgets. Enter, then, puppets as a stand-in. The video for “Space Prom” might not be an apples-to-apples comparison of the human-corrupted alien life forms at the center of the song’s lyrics, but the themes at play in these puppet-heavy visuals — set, at least in part at Arlington’s Sunshine Bar — are actually quite similar.

“These particular puppets are a reflection of the song — sweet and demure on the outside, but once you’ve seen the video, you realize that they are not quite as innocent as you might initially believe,” Rakkar says. “The contrast between their appearance and who they really are is a lesson to never take anything at surface level. There’s always more to the story.”

Indeed, in this stellar music video’s case, there’s a gnarly little, borderline cannibalistic twist at the end of these proceedings that would be downright frightening were it not presented in this tidy, enjoyable package.