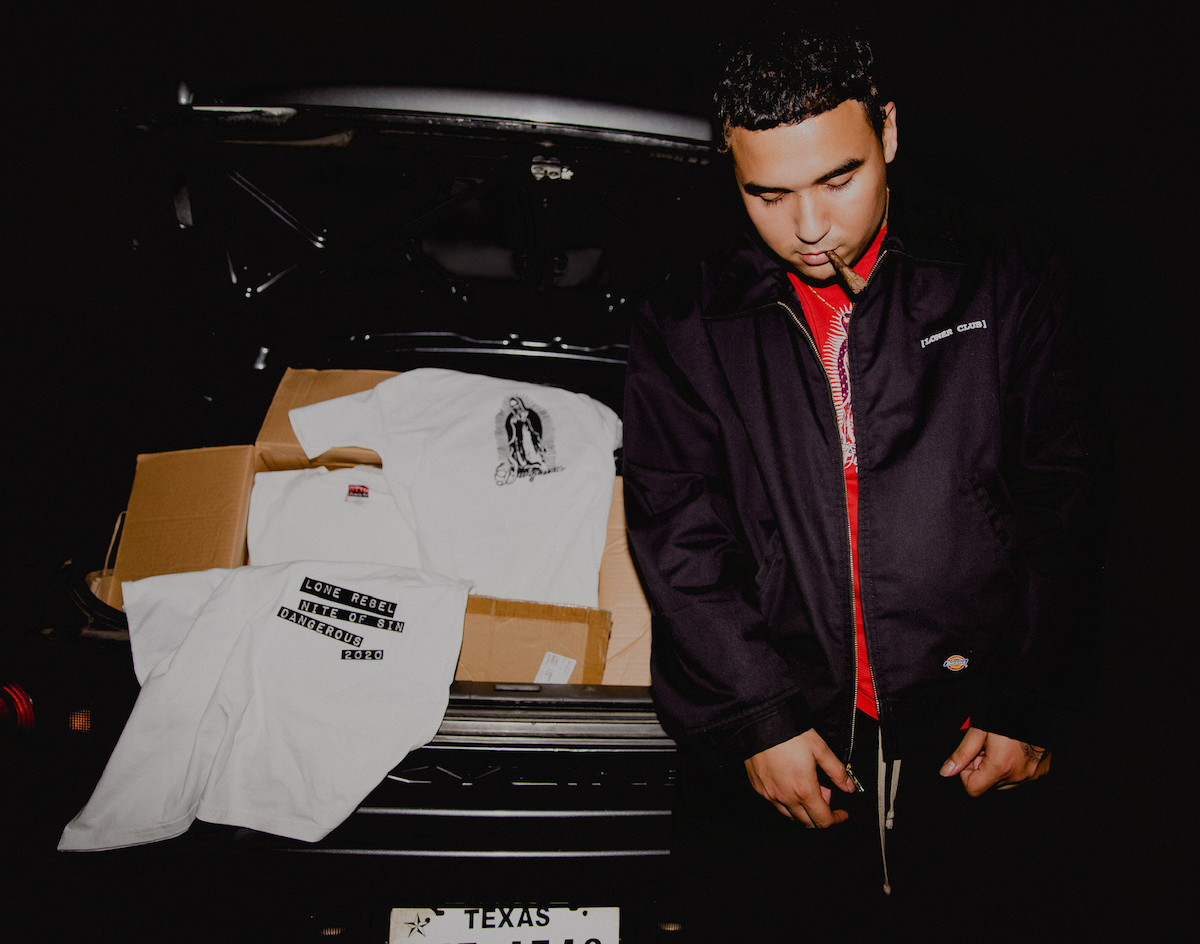 All Eyes Are On Lone Rebel, An Oak Cliff Man Whose Ambition Knows No Bounds And Is Bringing You A Powerful Rap Track About Success.

Lone Rebel — “All On Me”
RIYL: the grind
What else you need to know: Released a couple of weeks ago, this is the final single from Lone Rebel’s forthcoming debut album NITEofSIN.

The Lone Rebel is Alexander Romero, who grew up in Oak Cliff and has been working on his craft since his early years. As a teen, he recorded tracks under the moniker DATboyROME, his sound taking on an old-school hip-hop sort of vibe as you can hear with “‘94-2012“.

As Romero grew up, so did his sound, now embodying something more experimental and closer to trap music. We can only assume travel and networking helped his sound evolution, as he spent some time traveling and spending time in Los Angeles after high school. In the early days of NITEofSIN’s conception, the project was set to release back in 2019. Now years later, the drop day is soon upon us. With anticipation built — and polishing, no doubt — we’re hyped to hear a full album from this Dallas artist.

The shining detail of “All On Me” is the spooky beat. Songs about greatness and confidence are not scarce in the rap genre, but that beat makes this one stand out. It feels a little intimidating, which is really the perfect feeling to evoke within your doubters, so it really works within the context of the lyrics.

“I mean honestly / My space an odyssey / I don’t do modesty / Mode on dynasty.” It’s safe to assume a lot of hard work has culminated into this project, so we say Romero deserves every bit of our attention.

Lone Rebel · ALL ON ME
No more articles