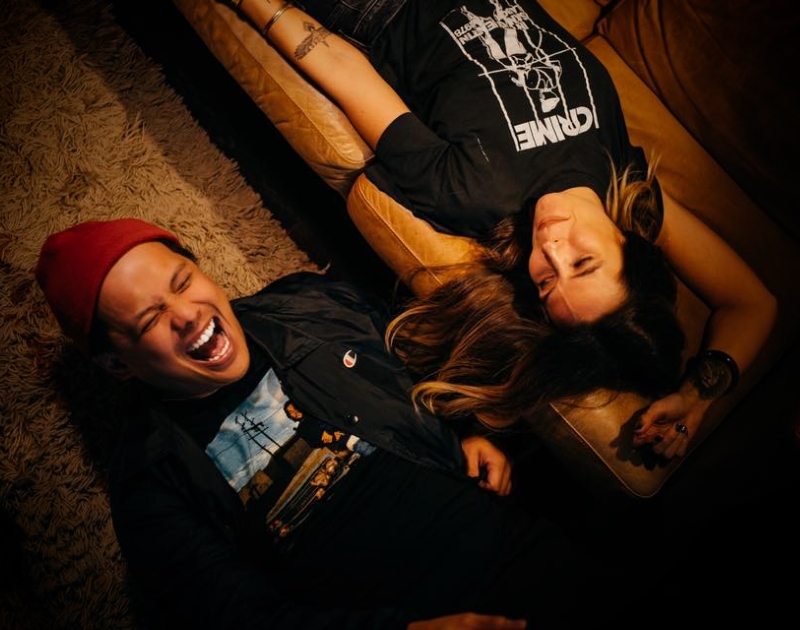 Check Out Larry g(EE)’s Latest Reinvention, As He Transitions From Soulman to Pop Star on His First New Material in Seven Years.

Larry g(EE) – “RNR (feat. LEV).”
RIYL: The latest trends.
What else you should know: Seven years ago, Larry g(EE) seemed to have the world by the balls, following the demise of his pop-rock outfit Odis, he reinvented himself into the centerpiece of a large soul band. They were a once popular one, too, consisting chiefly of a bunch of guys that’d go on to become the Texas Gentlemen, they were splitting time between playing local blog birthday parties and appearing on Jimmy Kimmel.

But up until recently, we hadn’t had any new Larry g(EE) in the disc changer since 2011’s four-song Weekends EP. The Observer fills in some of the gaps, which can be summed up as signed a bad record deal and gave up on music for a while.

Now, the vocalist born Larry Gayao has reinvented himself yet again, this time into an electro-pop singer. Like his Gents days, he’s still finding plenty of lauded DFW musicians to collab with in 2018. We’ve already heard songs co-written by Esteban Flores of Feeves and others featuring the talents of the undeniable Sam Lao.

Below, in the last single before Larry and Co. celebrate the long-coming release of the Love Things EP next month, he turns to another friend, pop singer LEV for another tune co-written by Flores.

It features more modern pop production courtesy of Flores, along with a super funky bass line that immediately jumps out. It underscores duet-style lyrics that yo-yo between the good times in a relationship, when it’s new and you’re “doing it” all the time, and the end when somebody throws the other one’s shit on the lawn.

And through all the good and bad, the highs and lows, the world keeps going ‘round and ‘round. Makes a pretty good analogy for g(EE)’s past decade, too, come to think of it.