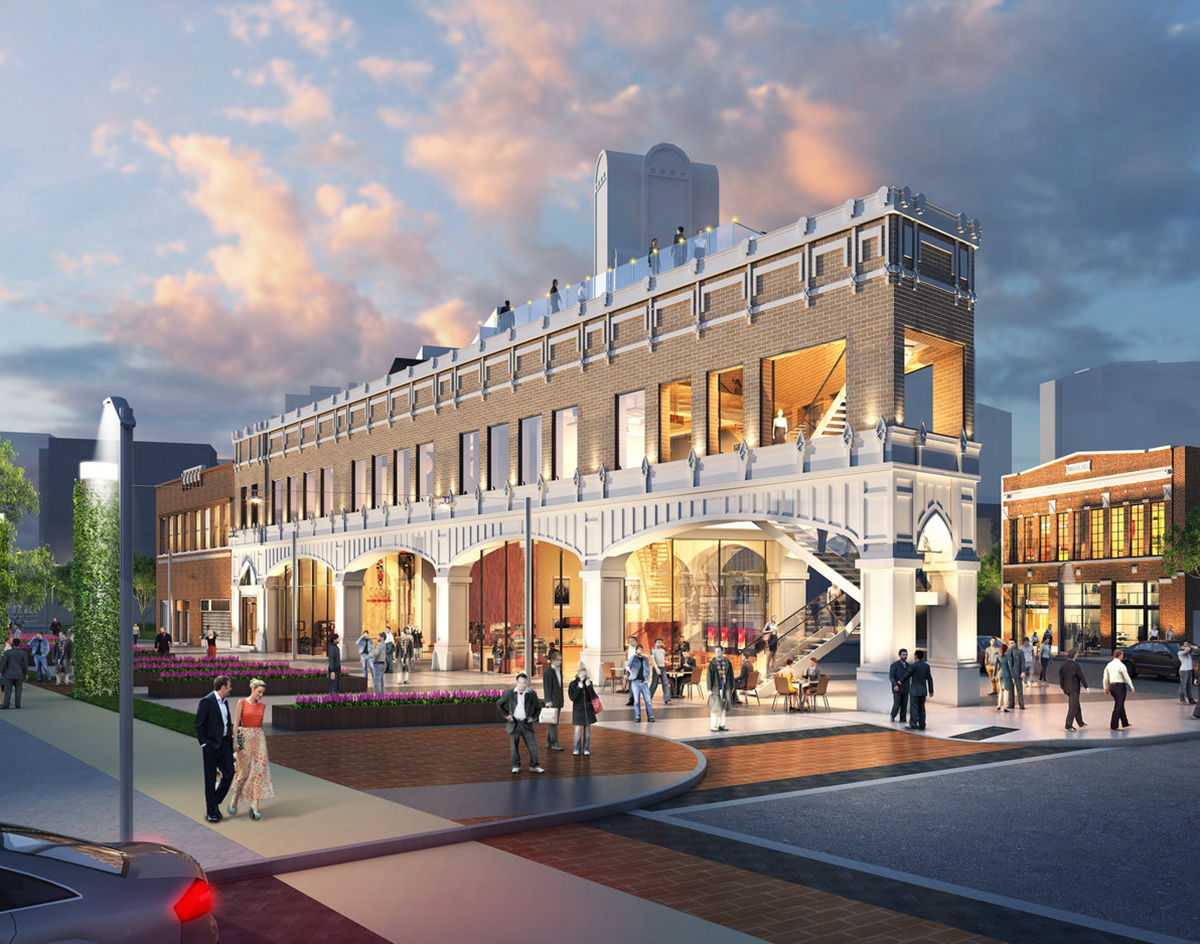 Nick Badovinus’ National Anthem Is Almost Open, Another Glitzy Spot Pops Up Along Good-Latimer And The Village Gets A True Destination Eatery. Plus More!

If you’re a close observer of the Dallas dining landscape, then you already know that no one does American food in this city quite like Nick Badovinus, whose roster of area establishments — Neighborhood Services, Town Hearth, Montlake Cut, Desert Racer and Yo! Lobster — all boast a certain Americana flare not just in terms of menu, but also décor. Well, now the restauranteur is going all in on that notion with his new Downtown Dallas concept National Anthem.

Earlier this week, Escape Hatch Dallas dropped the restaurant’s menu and reported that the spot — initially announced all the way back in 2018 — was finally set to quietly open up tonight in its location within the flatiron-shaped Magnolia Oil building located at 2130 Commerce Street in the East Quarter. Members of Badovinus’ Flavor Hook restaurant group refute that somewhat, warning instead that the spot isn’t open to the public just yet — although it will be “soon.” When it does, diners can head to the building — one that in past lives served as the offices for KLIF-AM radio and the Dallas Observer (at separate times) — and indulge in what Badovinus calls “a variety of riffs on classic new American [cuisine]… [in a setting that will be] hopefully capturing the vibes of a big-city, downtown dining room.” Consider us intrigued — not just for the restaurant itself, but also the rooftop bar it’s long promised.

Speaking of Americana, it doesn’t get much more American than car culture, does it? Well, to that end, CultureMap has the beat on a new garage-themed bar and grill is opening shop in Plano early next year. Called Ford’s Garage, the concept promises to boast over 150 different types of beers to go along with dishes including meatloaf, chicken wings, and burgers with the Ford logo branded onto the buns. One of 16 locations around the country, each location within the chain promises the feel of an old-style gas station, with classic vehicles, gas pumps and vintage photography completing that aesthetic.

If cars aren’t as American as it gets, then surely football is, right? If nothing else, that sport sure is popular — which explains somewhat the reason behind Southern Methodist University senior wide receiver Reggie Roberson Jr. inking a deal to become the spokesman for the fast-expanding Dallas-born Lucky’s Hot Chicken concept. The partnership follows the recent Supreme Court ruling that forced the NCAA to change its rules regarding college athletes using their name, image and likeness for monetary gain. Good for Robertson, we say! Could more area college athletes soon be signing similar sponsorship agreements? We’d love to see it!

Something we’re already quite used to seeing, meanwhile, is a never-ending new crop of glitzy bars and nightclubs opening up along the Good-Latimer Expressway strip in Deep Ellum. Well, just this week, CultureMap reported on the opening of yet another: The Austin-based Green Light Social will set up its second-ever location right next to likeminded spots including Bottled Blonde, Vice Park, Citizen, The Sporting Club and Blum. Three times larger than the original Austin location, guests can expect “Vegas-style DJs,” a cocktail lounge and a patio bar. We’re not sure if that’s enough to get us over there — but perhaps we can be sold on its club-within-a-club Ruby Room spot that was named for notorious Dallas icon Jack Ruby and bills itself as a 25-and-up membership-only speakeasy.

Elsewhere in Deep Ellum, the Dallas Observer reports that the hotly-anticipated Neon Kitten has finally opened up in the Main Street space previously occupied by Beauty Bar. This dim sum lounge offers sushi, dumplings, crispy beef rolls and craft cocktails — including some that are served in Hello Kitty-shaped glassware.

In more exciting Asian food news, Eater notes that Koryo Kalbi has re-opened its doors along Royal Lane after quietly closing last summer during the pandemic. Expect the same Korean barbecue recipes as before in a newly renovated space — and expect a higher quality of beef, too, now that the restaurant has acquired a new warehouse where it distributes its own product.

The Dallas Morning News, meanwhile, shared the cool backstory on a new spot set to open up in Plano later this month called Bells Sweet Factory. After originally selling $10 Cajun food plates in barbershops and nail salons, Ashley Johnson and and fiancé Thaddeus Bell and realizing it was their calling, the couple launched a food truck that has become favored of the likes of Dak Prescott and Megan Thee Stallion. And now that success finds the couple opening up their first brick-and-mortar spot where they’ll be serving up their beloved takes on New Orleans-style gumbo, fried fish, and crab cakes in the very near future.

And, lastly this week, Paper City notes that a new spot called Anise inside The Drey hotel in The Village is  open and serving up Mediterranean dishes and wines from an “extensive list.” Here, diners can enjoy light dishes like the roasted cauliflower, which comes served as a whole head, or they can splurge on a 16-ounce Wagyu ribeye that runs a cool $95. Wowza. The biggest surprise of all, though? That the Dallas Observer is calling it the new “place to be.” A restaurant in The Village, of all places!

What a time to be alive.

Cover photo of National Anthem’s rendering in the Magnolia Oil building courtesy of East Quarter Got a tip for The Spread? Email us!