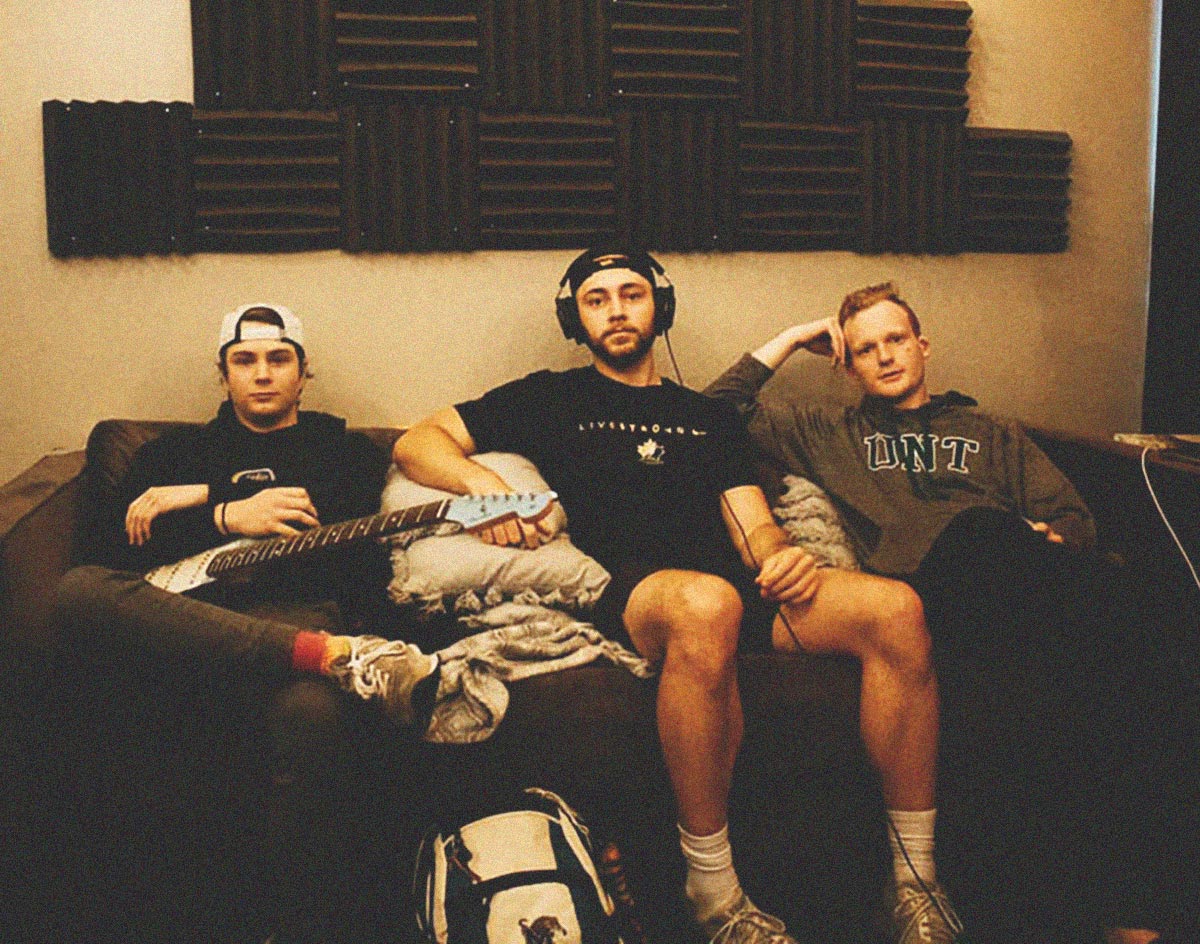 The Dallas/Toronto-Based Indie Collective Shares How Its New EP Was Inspired By Dallas Traffic And Its Efforts To Collaborate Together Despite Miles Apart.

If there’s one thing New Avenues has taught us, it’s the collectives’ motivating reminder that “If there’s a will, there’s a way.” Now, three years since it formed, it’s most certainly going the right way.

Driving Far Away is music to cruise to and reminisce. It’s for casual summer drives on I-35 and for long road trips — even if its only 12 minutes long. It’s a refreshing album — for New Avenues and the listener — but it’s mostly reflective on the efforts the collective took to create it. New Avenues originally formed in 2019 with frontman Connor Caldwell and drummer Chris Rodo, who currently resides in Toronto, but has flourished into a collaborative work with many musicians across the country.

The core members — or what Caldwell calls the “Mount Rushmore of New Avenues” — also include Caldwell’s brother Tanner, who now lives in Arizona, and bassist Connor Bankey from Memphis, Tennessee, whose also a member of the Memphis band Avon Park. Still, there’s more musicians they’ve met through the years to thank for the New Avenues’ songwriting. There’s Carter Lacy from Denton’s psychedelic band Bad Dad Jokes, its first producer Nathan Clark, Gratzi’s Charles Tobias and Jackson Thompson, Will Crowe of Avon Park and a different musicians in the Denton music scene.

Driving Far Away, written by Caldwell and Bankey, references their travel efforts to write music together and manifests a long musical journey together — one it will continue to refine.

We asked Caldwell and Bankey how the heck New Avenues does it and how its latest song “Dallas Traffic” resembles the collective’s mindset. Here’s what they said.

Connor Bankey: I’m some random person from Tennessee that knows Connor through our moms, who then became best buds, somehow reconnected and collaborated to an extreme. I think it’s a somewhat decent way to put it.

Connor Caldwell: I was going to say that was perfectly said and to add to that, I would say I’m a random Connor from Texas. It’s pretty easy to get us mixed up, and I’m not really trying to toot my own horn or anything, but I’m a ginger — we’re pretty rare.  As part of New Avenues, I would say I’m just giving it my all and everything, even if people don’t like it. I really like it myself and that’s why we put it out.

I really like what Connor makes with his band and I really like what he helped us with when we first started this band. On our very first song “Sunshine,” Connor wrote the lyrics. I just asked him “Hey, help us with some lyrics.” and then that blossomed into us talking during the pandemic, being bored, writing songs, writing Driving Far Away. Now we’re here — I don’t even know where we’re at right now. It’s kind of a weird dystopia feeling.

Bankey: We’re in the next phase.

The Driving Far Away EP you guys worked on in 2020 just released last week. How did you manage to record it during a pandemic and being so apart? I assumed you guys did a lot of traveling.

Bankey: Yeah, that’s the way we had to do it because Chris lives in Toronto.

Caldwell: Some of his family lives here, so it’s a good excuse for him to come down here to see his family. He calls it a “business trip,” when we’re going to record some music, write some music, take photos, do a music video or play a show. With Connor, I’m trying to coordinate a trip where I’m going to Memphis to see him and write some music. He’s came down here twice in the past couple of years, so this is my turn this year to go see him.

Bankey: It’s been interesting getting to help out New Avenues and seeing these different perspectives from different places. It’s like a unique melting pot of music. I really think that’s cool. 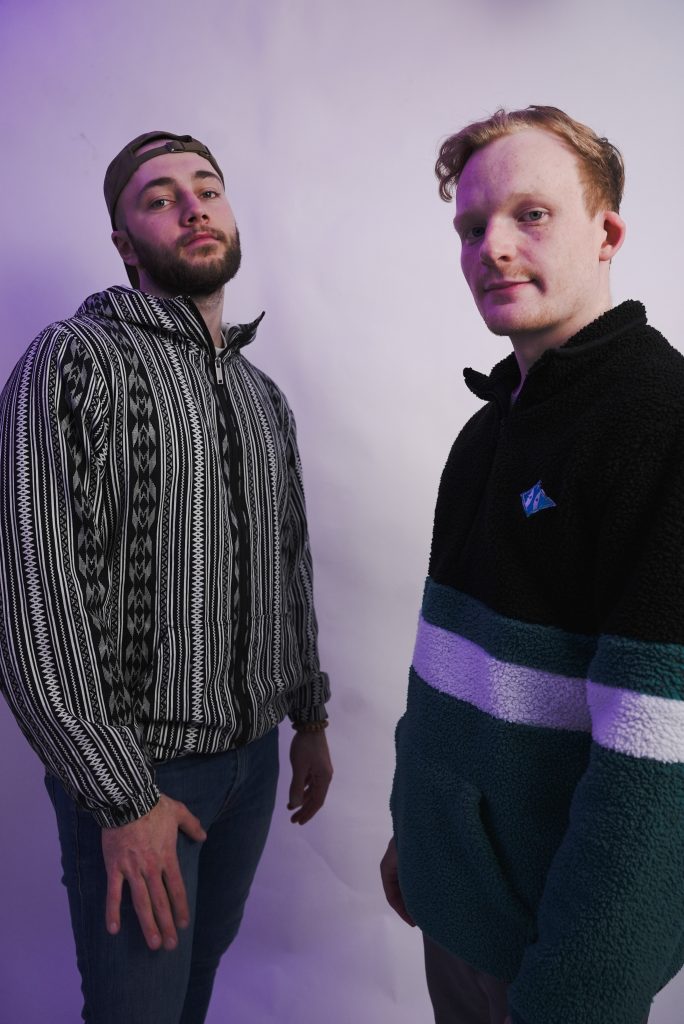 Caldwell: I think it does. It starts with “Taking Flight,” which is probably the song that has taken people by surprise the most — no pun intended — just because it’s a different sound for us. It’s more of like a pop song, in my opinion. The whole EP is based around the quote “driving far away,” which comes from the song “Sunshine” that [Bankey] wrote for us. It’s kind of just that theme of us reminiscing of the time that we had together, reminiscing of the times that we had apart – as individuals and as friends  just because we’ve come a long way. I think that represents a lot of the band too, because we have a lot of ups and downs, but it’s kind of what [Bankey] said, “If there’s a will, there’s a way.”

What are some of the ups and downs you’ve experienced together?

Caldwell: Just the communication, honestly, is difficult because we each are doing our own thing, like working jobs, living in different parts of the world and having lives by ourselves. My brother has a baby boy now, and he lives in Arizona, so I’ve only seen him, like, twice since he’s moved and had a kid. It’s just really hard to coordinate with each individual person at the same time while we’ve all got so much shit going on. I

just want to say that it’s also a really, really awesome thing that we can, you know, not talk for a couple months, and then come back to it like nothing happened — that we’re completely fresh slate and ready to go. It’s just us making stuff that we love and having fun, because it’s really all it’s about. Making what we really like and having fun while we’re doing it.

Bankey: You’re absolutely right, it just picks up like nothing happened. Every single time I just think it’s so refreshing once we start on something new.

Caldwell: I agree on that aspect that it’s always fresh. When I started with Chris, I was going through some shit in my life, and I just couldn’t come up with a name for a band. We were coming up with goofy names, like Vacation Shows, and just goofy, random stuff. I said, “new avenues” and he says, “That sounds great, it like rolls off the tongue well.” Then, he Googles New Avenues and it comes up like a rehab clinic, or some dark shit like that, I was like, “That’s perfect. Let’s do it.” It not actually like verbatim what it was, but it’s like a healing thing. It’s a place you to go where you can be free and not care about what’s going on. It’s very refreshing.

You guys released the first three singles, and the final track “Dallas Traffic” released the day the EP did. You actually talked about that last time we spoke and it’s the one I was the most excited about. So, refresh our memory and tell us, what is Dallas Traffic inspired by?

Caldwell: That’s the song we were holding on to the longest probably because we didn’t know what people were gonna think of it. So, we were kinda like, “Let’s save that one for last” and it’s the last song on the EP.

Bankey: Yeah, these songs are too good to be released as a whole, so let’s just release them as individuals and then group them together once they’ve been out and had their time. I think it’s perfect.

Caldwell: [Dallas Traffic] isn’t necessarily a deep song. It’s a song I made just as a demo and I sent it to [Bankey} and then we worked it out to the point where we were like, “We gotta make this a track.” It ended up being on that little album of demos that we made back in the summer of 2020, so we’ve had that song for a while/ We couldn’t really find words or lyrics for it. So, [Bankey] and Cody from his band helped us out with some.

Bankey: I remember he sent me that song and I was like, “That’s fucking dope.” Whenever I came to your house the first time, I played bass on it while you were at work and I was like, “This is the coolest thing ever.” I remember telling my bandmates about this and our drummer Will Crowe, who also sings in Avon Park [offered to help] and I was like “What if we asked him for a little bit of help?” and he did, and it was fucking awesome.

Caldwell: In Dallas Traffic, if you listen to some of the lyrics, we reference the first song on the EP, and then we reference the name of the EP in the lyrics. Dallas traffic is about driving far away with the feelings, racing to someone, getting stuck and then finally breaking through.

Bankey: You know with traffic you get stuck, then you go, then you stop, then you go? That’s kind of the song.