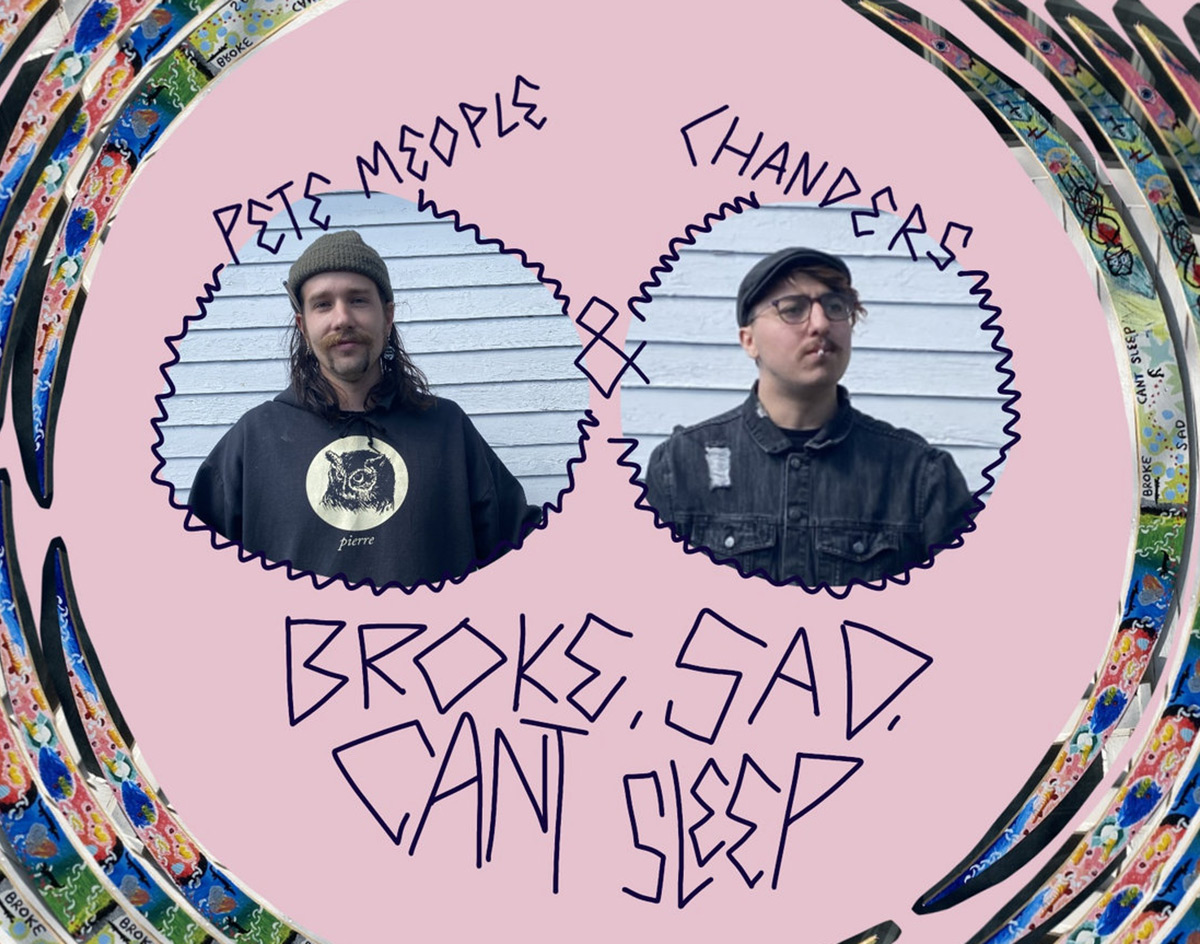 Fuck A Studio: This Pair Of Heretofore Unheralded Denton Singer-Songwriters Relies On Raw Emotion To Set Off The Lone Collaborative Track On Their Split.

Chanders & Pete Meople — “Broke, Sad, Can’t Sleep”
RIYL: walking into an empty room and clapping.
What else you should know: The label “bedroom recording” rarely sounds like what it actually is.

Let’s be real: Most of the time, so long as it was recorded with care, there’s almost no way to tell if something was recorded in a bedroom or some posh studio. It’s not all bedroom efforts come bearing the squeak of a bedspring or the squeal of a swivel chair or the hum of an air conditioner.

But the collaboration between current Denton resident Chanders and former Denton resident Pete Meople called “Broke, Sad, Can’t Sleep” kind of earns its calling card as a one-take bedroom jam. Ain’t no multi-track recording or an elaborate ProTools set-up here; it’s abundant upon first listen that these fellas just hit record with what they had nearby.

In this song’s case, that’s a banjo, a harmonica and some sad sack lyrics.

Chanders and Meople met four years ago, and have been close for the past two. Once upon a time, they’d joked about collaborating on a project one day — the result of which is a split album the pair recorded alongside one another in a nondescript bedroom back in the middle of April this year.

Now, their nine-song LP is up on Bandcamp for all to consume.

Throughout the album’s nine songs, each player gets four solo showcases. The fifth and title cut on the LP, however, quite literally divides the collection in terms of featuring one performer over the over, welcoming them both to the forefront.

Even with its upbeat rhythms, “Broke, Sad, Can’t Sleep” is no rosy song: “I woke up with a chip on my shoulder, feeling old as the years get shorter,” the song begins. The chorus is no less matter-of-fact with its bemoaning of “I’m broke, I’m sad, and I can’t fuckin’ sleep.”

There are shades of Magnetic Fields and the Mountain Goats at play here — enough, perhaps, to make the reader of this article to think, “Hey, I too can record something of this ’90s indie-recalling quality with my buddies in the back room of my rental property.”

Hey, God bless you if that’s the case.

But we’re betting you won’t end up with something as raw, refreshing and genuine as this offering.