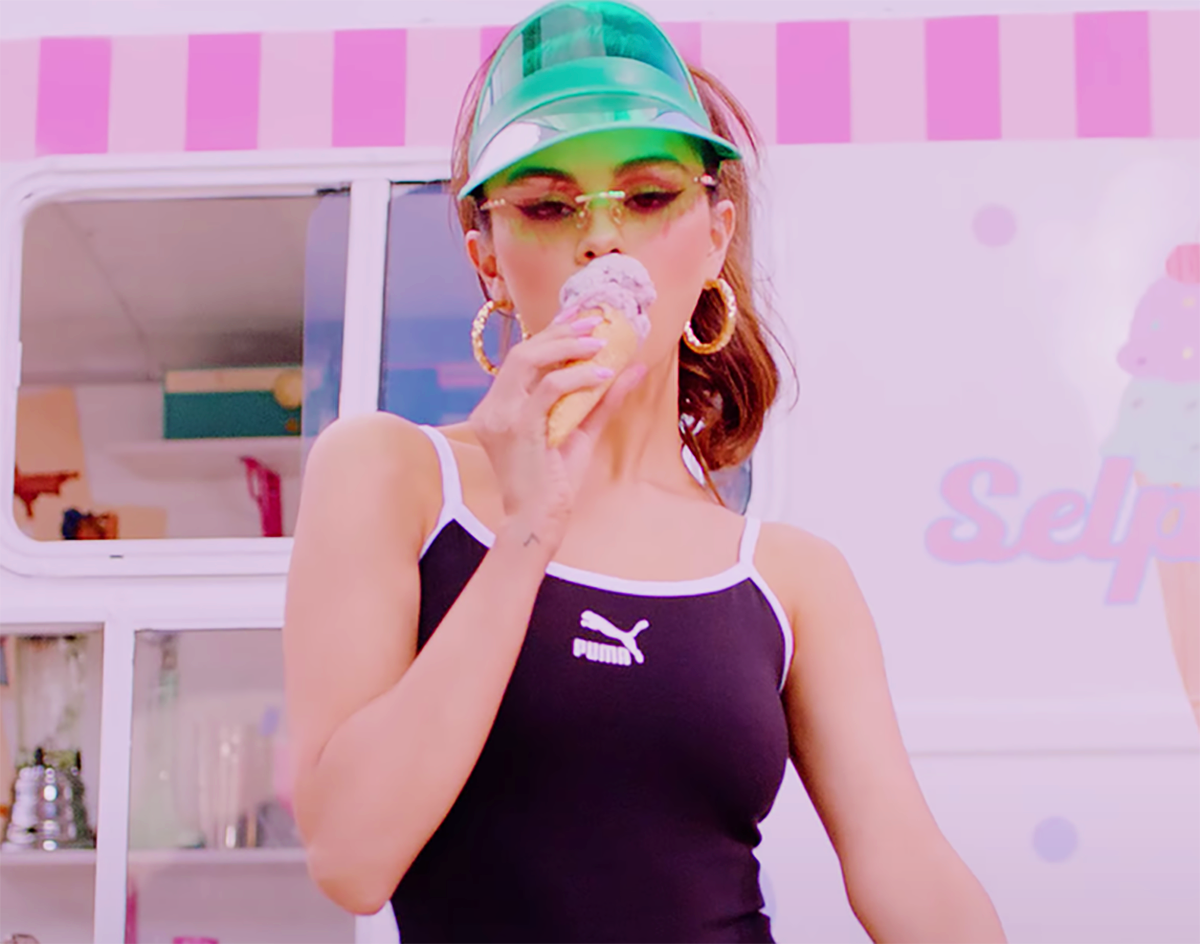 BLACKPINK & Selena Gomez – “Ice Cream”
RIYL: Glossy pop of the early 2010s.
What Else You Should Know: Selena Gomez is officially riding the behemoth of a train that is K-pop, and she’s doing buckled in with one of the biggest girl bands in the world right now.

Last week, the highly anticipated collaborative single titled “Ice Cream” between the North Texas native and K-pop group BLACKPINK dropped and it’s just a sweet taste of the latter’s upcoming debut album. Whether or not you’re a K-pop stan, there’s no denying the song is fit to be one of the biggest pop bops of what remains of the summer.

The retro-inspired video for “Ice Cream” is coated with the sucrose of rather literal imagery that engulfed pop at the turn of the last decade a la Katy Perry and Kesha. Gomez is seen in an old-school ice cream truck and later in a ‘70s inspired pin-up look as she croons through a true to form pop chorus of, “Diamonds on my wrist so he call me ice cream/You could double dip ‘cause I know you like me.” BLACKPINK rides around in a pastel-colored ice cream cul-de-sac taking turns taking for the catchy, upbeat verses. The girl’s voices are as colorful as the video itself, with each singer balancing a similarity while highlighting the personality of each individual tone — dare we say a vocal variety of ice cream flavors. Honestly, Gomez’s voice works so adequately with the quartet that you’d think she’s an honorary member.

“Ice Cream” is not the only collaboration Gomez has been up to this summer, either. After the pandemic foiled the touring of arguably her most well-received album Rare, which dropped at the top of 2020, Gomez has kept busy during quarantine learning how to cook. With the guidance of special guest culinary experts, Gomez has been anchoring her own HBO Max cooking show, Selena + Chef.