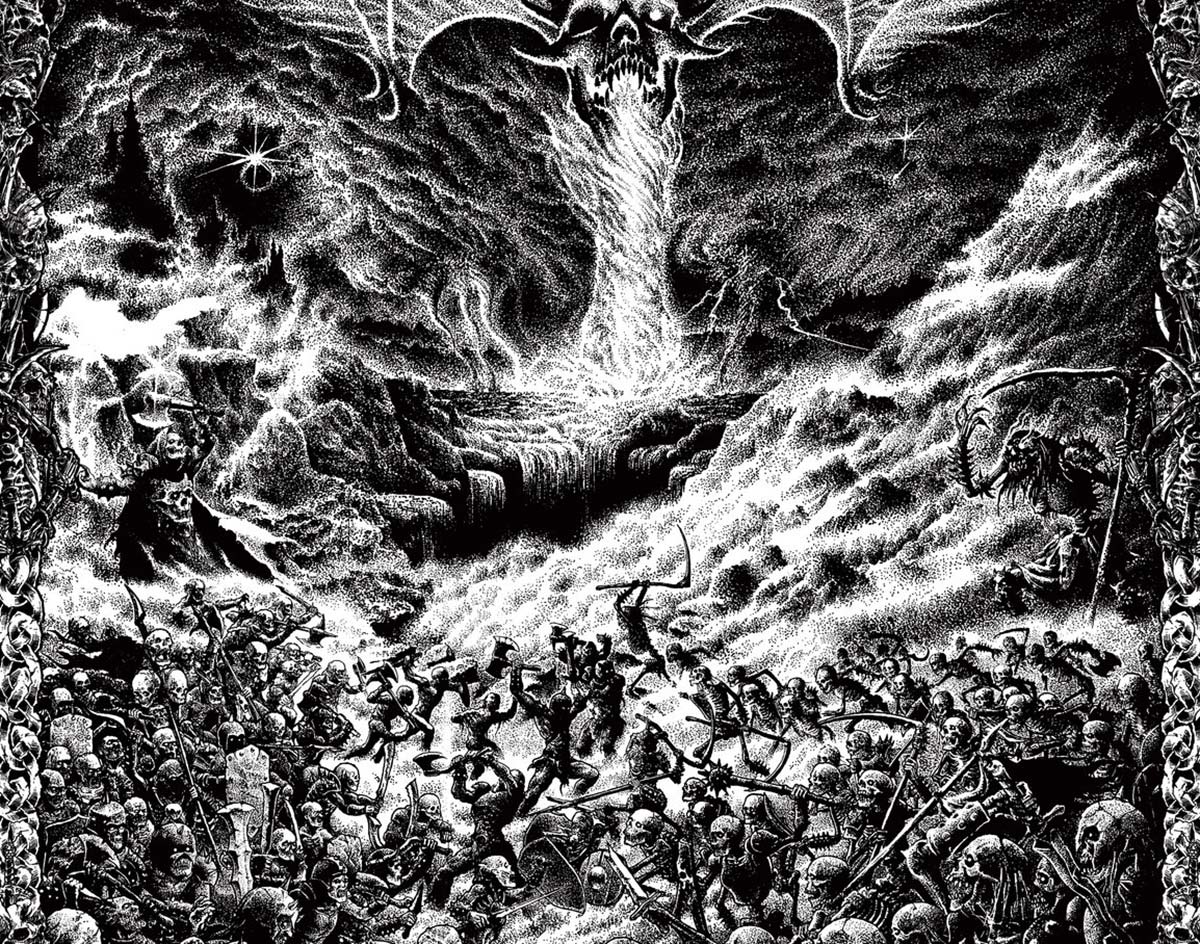 The Standout Track From The Acclaimed Dallas Metal Band’s Just-Released Sophomore LP Blasts Some Much-Needed Light Into The Darkness.

Yes, April 2 was a good Friday for heavy metal for sure, as Steel Bearing Hand released its long-awaited sophomore Slay In Hell LP on Carbonized Records after it sat on the record for right around two years to incubate.

Sometimes timing is everything.

The new album’s been six years in the making, and the follow-up to Steel Bearing Hand’s 2015 self-titled debut –which also happened to arrive six years after the band’s conception in 2009 — is now on the shelves. Here’s hoping it doesn’t take another six years to get more from one of Dallas’ most deliciously heavy outfits, although we’re not oblivious to the fact that doing so would give the band’s release schedule a certain sign-of-the-beast-imbued symmetry.

In the meantime, praise be, Slay In Hell stands as an absolute gas-burner of an album that only powers down with the onset of the rising sun — like some sort of werewolf like automobile that’s hell-bound and screaming down Fury Road. It’s packed to the brink with ear-splitting dive bombs and squeals, and more than enough power-shredding that registers like roundhouse kicks to the grill.

Yes, the whole thing if chock full of some serious high-tailing action from the guitar and rhythm sections, alongside some seriously nasty gutturals resting on top of it all.

One of the standout performances on Slay In Hell emerges in “Per Tenebras Ad Lucem”, a song that launches riff after riff in a unified assault and culminates in an accelerando that only concludes as the band finally turns to dust somewhere between 16th notes and infinity.

The song is aptly named, too: “Per Tenebras Ad Lucem” is Latin for “Through the darkness to the light”, which applies well in terms of its literal springtime arrival and the figurative spring of inoculation that’s arriving after what many might describe as the bleakest year of their lives.

But that’s nothing a little murderous death metal can’t fix, right? Steel Bearing Hand describes it own sound as what “[treading] as the jeweled thrones of the earth with booted feet and [overthrowing] the heretical tyrants and sacrilegious interlopers who corrupt the sanctity of metal.”

Sounds like just what the doctor ordered, if you ask us.