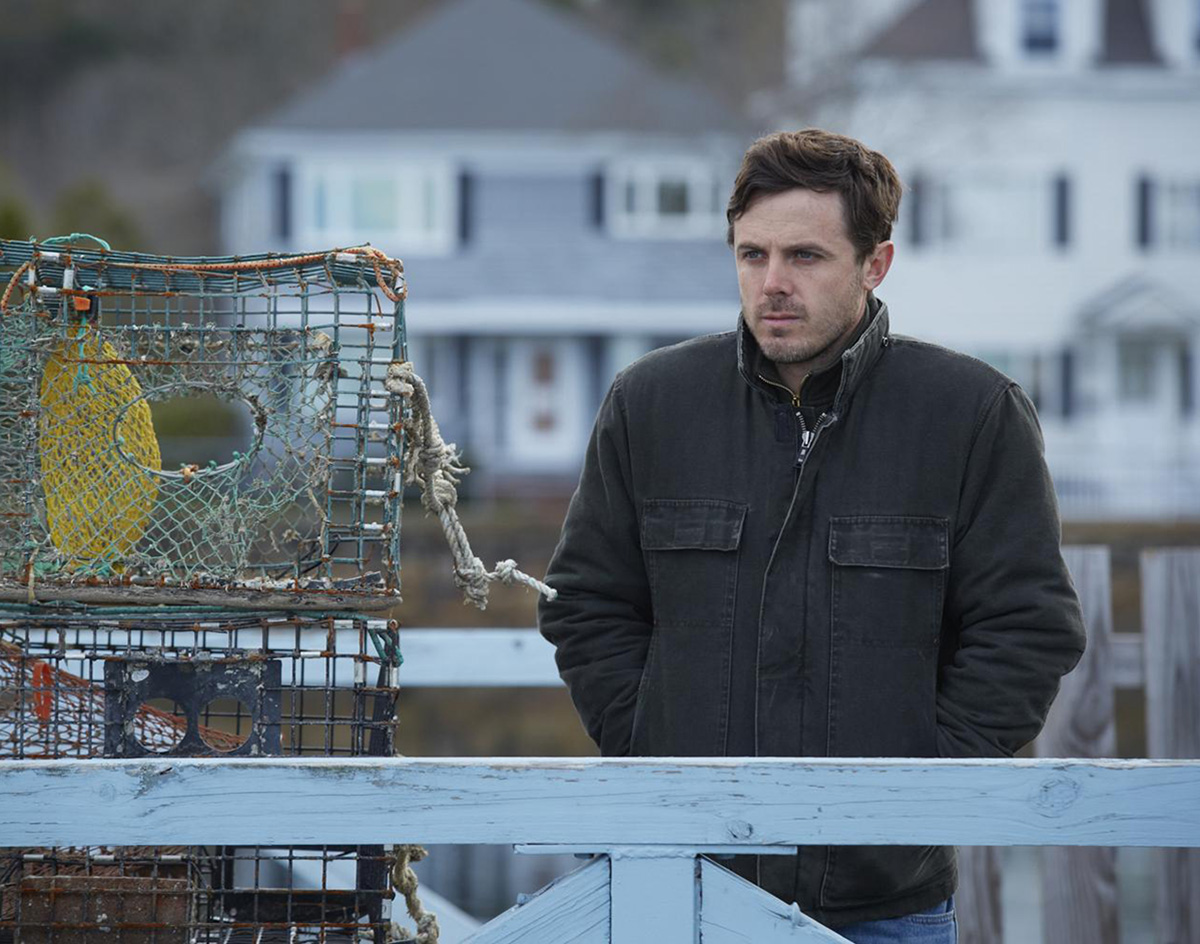 Great Performances From Casey Affleck and Michelle Williams Lift The Beautiful and Heartbreaking Manchester By The Sea, One Of The Year’s Best Films.

When you hear the word “dramedy,” it’s usually attached to some comedy — probably something Judd Apatow adjacent –that has some dramatic parts to it. Director Kenneth Lonergan’s latest, Manchester by the Sea, goes the opposite direction. It’s a slice-of-life movie that’s mostly a reflection of grief with some laugh-filled moments.

It also features Casey Affleck in one of the year’s rawest performances. Affleck plays Lee Chandler, a Boston super, who is the personification of a blue-collar worker. He puts in his hard work around the apartment building he maintains, and he lives out of his tiny basement unit.

Within the first few moments of the film, we find out that Lee’s older brother Joe (played by Kyle Chandler) has passed after a bout with a terminal illness. With Lee back in his hometown to assist with the funeral, the locals start whispering that there’s probably a good reason why Lee’s been away for a long time. Now, Lee has to face those rumors — and the task of taking care of his estranged nephew, Patrick (Lucas Hedges).

The result is some truly beautiful and heartbreaking cinema.

What’s truly remarkable, though, is that Manchester By The Sea accomplishes this with very little action. Audiences watch as Lee and Patrick try to figure out what they are going to do following Joe’s passing, but aside from the lingering plot point of whether Lee will choose tostay in town and become Patrick’s guardian, not much really happens.

This is not a critique, though; rather, it’s a testament to the truly impressive way in which this film makes mountains out of molehills. Simple things like Lee giving Patrick a ride to see one of his two (!) girlfriends or trying to settle Joe’s estate or eating cereal with his nephew are all given the same weight. In turn, the film boasts an almost documentary-like aesthetic. In other words: It feels real.

Adding to the verite vibe is the inconspicuous use of flashbacks as we go through the story. They not only add to the tragedy of Joe’s death, but they show the different person Lee used to be — and how close he once was to Patrick.

But, thank goodness, a total tragedy this isn’t. The chops Affleck flashed as the comic relief in Ocean’s Eleven and in Good Will Hunting are on display here as well. His Lee, as a broken and aloof man, clashes hilariously with those around him, and none more so than with his nephew, whose life of band rehearsals, hockey practice and girls doesn’t quite jive with Lee’s simpleton path. Affleck has long taken on interesting roles, but he outdoes himself by playing Lee, a man of few words whose actions say a lot. Here, his winces and quickly shifting eyes tell more than his dialogue ever could.

Just as impressive is Michelle Williams, playing Lee’s love interest. Her reputation as one of the best modern actors has already been established, but here she’s deployed almost like a secret weapon. In fact, she barely appears on screen at all. Ah, but when she does? It’s always with good reason. And together, Williams and Affleck share one of the single most heartbreaking and intense scenes found in any movie of this year — the culmination of great character work and magnificent acting, where both of them are saying as much with their actions as they are with their words, both said and unsaid.

Based on those powerhouse performances alone, Manchester By the Sea is a must-see movie. But, beyond that, it’s an exemplary exercise in storytelling and editing, too. It’s a film that shows that, sometimes, the tragedy of life comes in lacking the courage to move forward. It’s a film that is perfectly presented — a fact that is deliciously ironic, as its message is that not everything in this life comes all wrapped up with a bow.