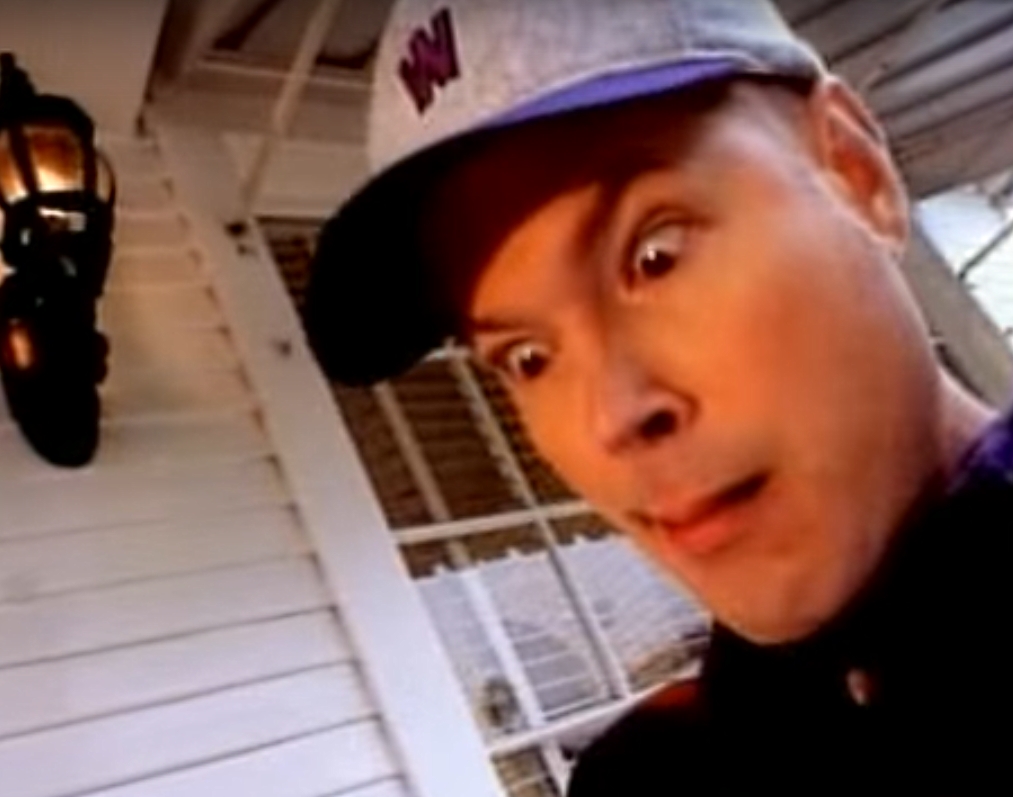 On Friday, MSNBC re-posted a two-month old James Altucher column called “The One Thing I Wish I Knew in My 20s,” which fortuitously starts out with a quip about the once-prominent Dallas emcee, MC 900 Ft. Jesus. Two days later, the Dallas hip-hop legend of yore announced his first show in many years.

In the early ’90s, the former jazz trumpeter born Mark Griffin earned himself quite the cult following by fusing hip-hop, industrial, soft-spoken lyricism and bits of jazz. Signed to Rick Rubin‘s Universal Music Group subsidiary label American Recordings for a time, Griffin filmed a video for 1994’s “If I Only Had a Brain” with Spike Jonze that was famously skewered on an episode of Beavis & Butthead.

And now he’s back! Well, for one day at least. Griffin is now set to perform at the Kessler Theater on Friday, February 3, 2017. Far as we can tell, it marks his first show since the fall of 2001, when he played Trees and Dan’s Silverleaf, among other area spots.

But The Jesus isn’t the only entity making a comeback. Forever the Sickest Kids is also getting back together next year, playing its first show since 2013 at the 10th annual So What?! Music Fest in Grand Prairie. Check out some of the other bands included in that fest’s first lineup announce here.

Other reunions to look out for in the next decade or so? Get-togethers from The Killdares and TALL, both of which recently called it quits.

Of course, that’s just playful conjecture. Other things we actually do know with certainty will happen. For instance? Over this summer, Comedy Central early-renewed its animated comedy series Legends of Chamberlain Heights for a second season. But it wasn’t until earlier this month that Picnictyme and Erykah Badu confirmed they too would be back on board next season, scoring and music directing.

In the more immediate future, record stores all over the country will be participating in Black Friday Record Store Day — a way to shoehorn a second annual vinyl holiday into the mix, and sell all manner of limited edition, collectable records. Locally, Josey Records will not just be hawking other label’s collectables, but even manufacturing some of its own. Like they did last year, the shop is putting out its own Black Friday record, featuring cuts from local folks like Garrett Owen, David Karsten Daniels, Malik Abdul Rahmaan, Triangulum, Rache’, Rami and SPK, who’ll also be performing live in the store throughout the day.

Similarly helping DFW musicians get their musical creations permanently affixed to various media is Civil Audio, which recently revamped its website, making it possible to request and pay for recording services online. The Denton company also the added ability to upload tracks for mixing/mastering directly to the site. Hey, the 252 artists that have already recorded there can’t be wrong!

Speaking of new records, Alejandro Escovedo stopped by Minnesota public radio station The Current to perform some songs from his 2016 solo album and stick around for a decently long interview.

Someone with a new album out early next year is Nikki Lane who, as we mentioned in the most recent edition of Songs of the Week, isn’t from here, although her album has plenty of Dallas ties. She recently premiered a new video from it via Rolling Stone, which she spoke with about recording at Dallas’ Modern Electric Sound Recorders with members of the Texas Gentleman and her producer/boyfriend Jonathan Tyler, whom she wrote a song about called “Jackpot.”

Another new one comes from Luke Wade, who premiered his new video on Conan O’Brien’s site earlier today. It marks the first single released from Wade’s third studio album, Only Ghosts, which is to release on January 13.

And, finally, Selana Gomez took home the “Favorite Female Artist” award at the American Music Awards over the weekend, where she also gave a fairly impassioned acceptance speech touching on her well-documented struggles over the past few months. For a full winners list, head here.