Scenes From The 2020 Women’s March In Dallas. 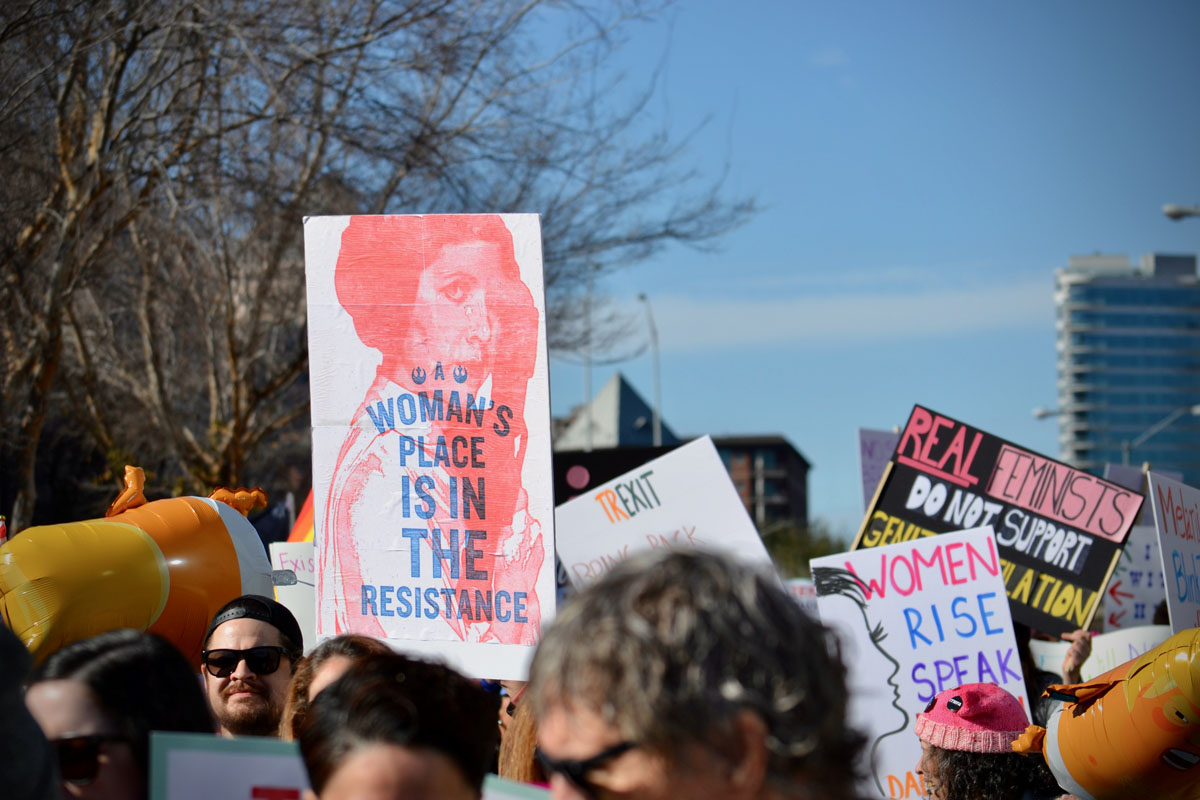 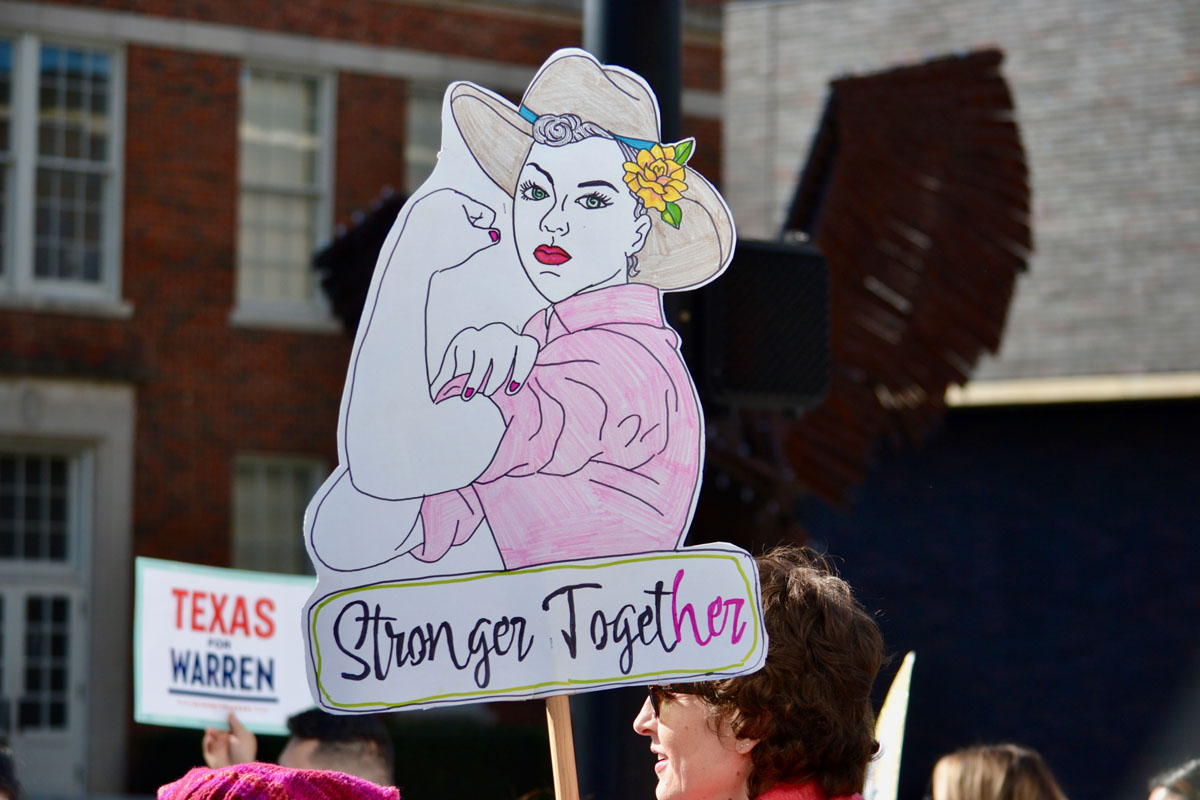 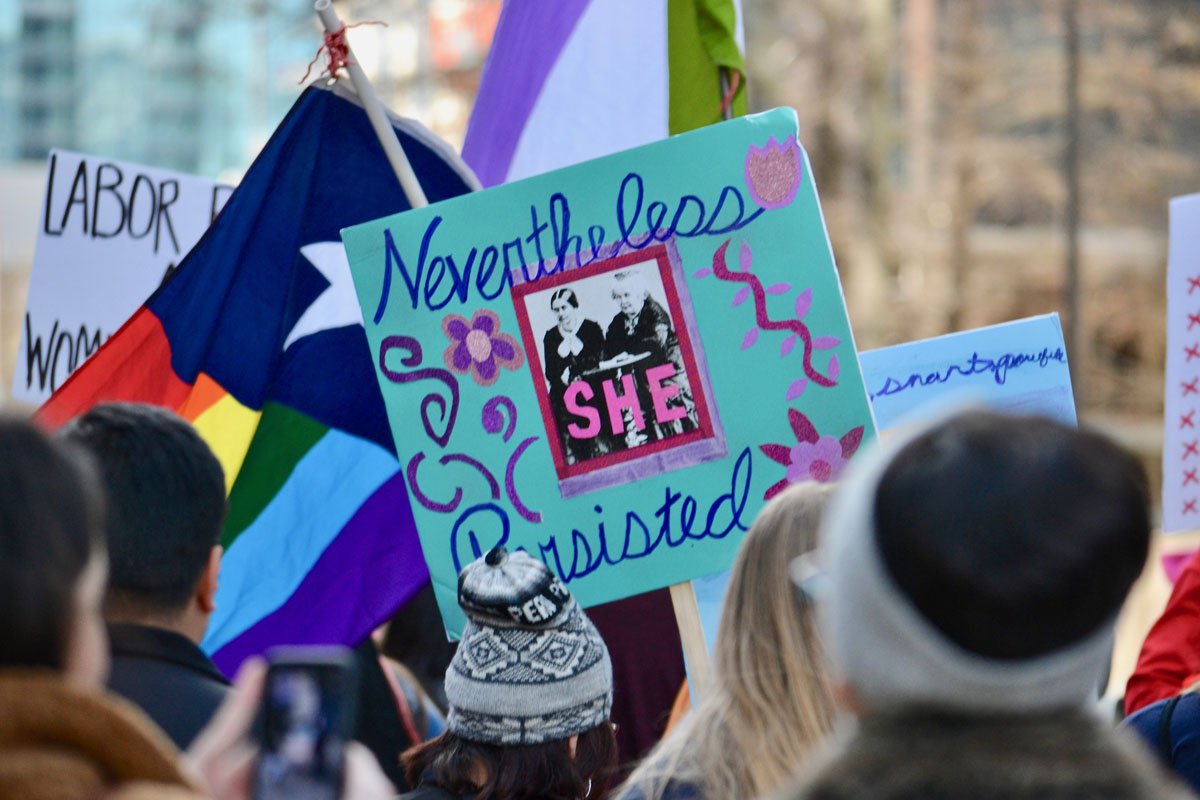 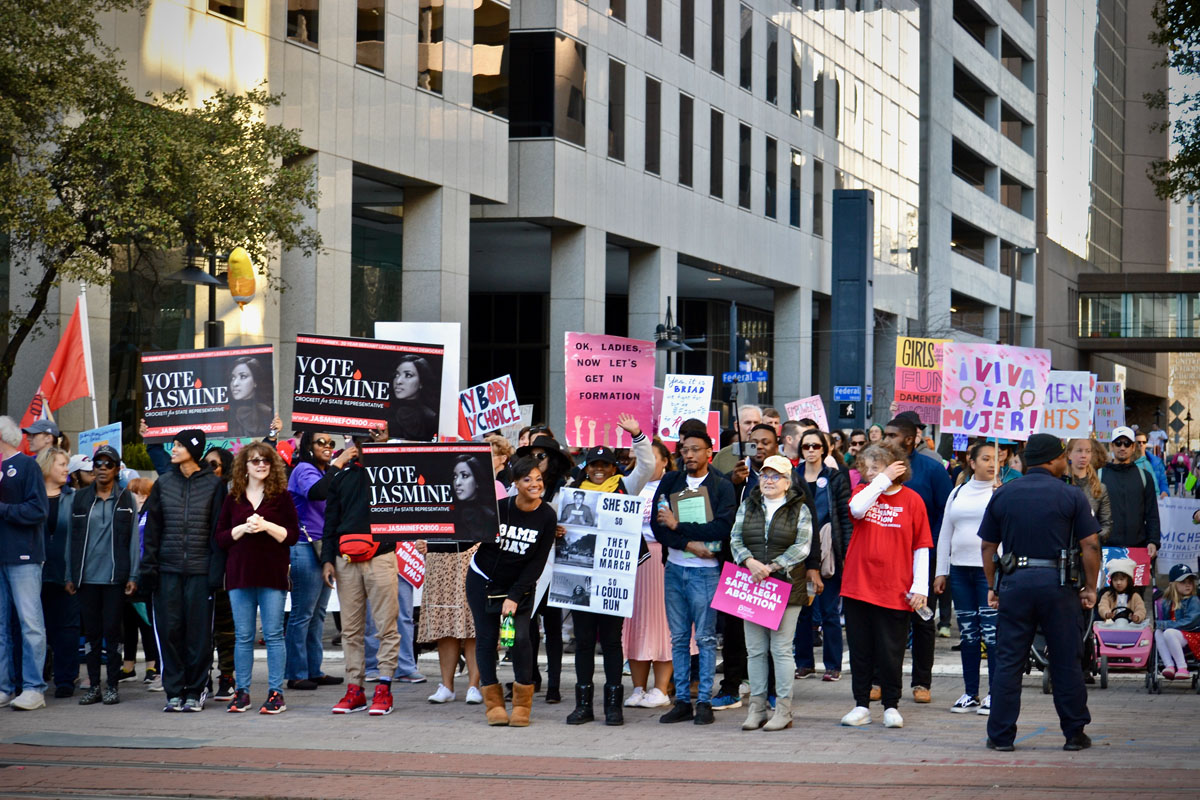 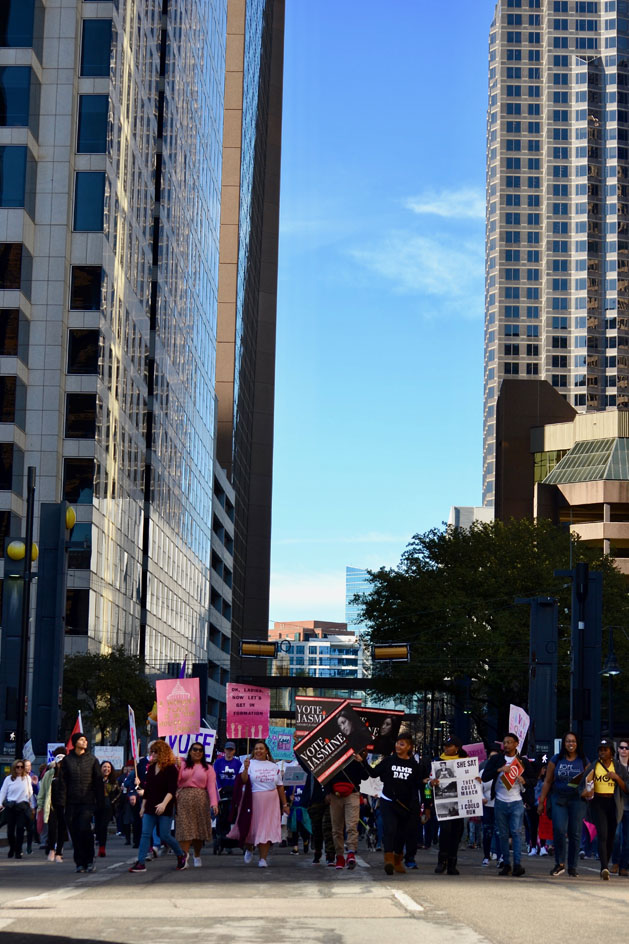 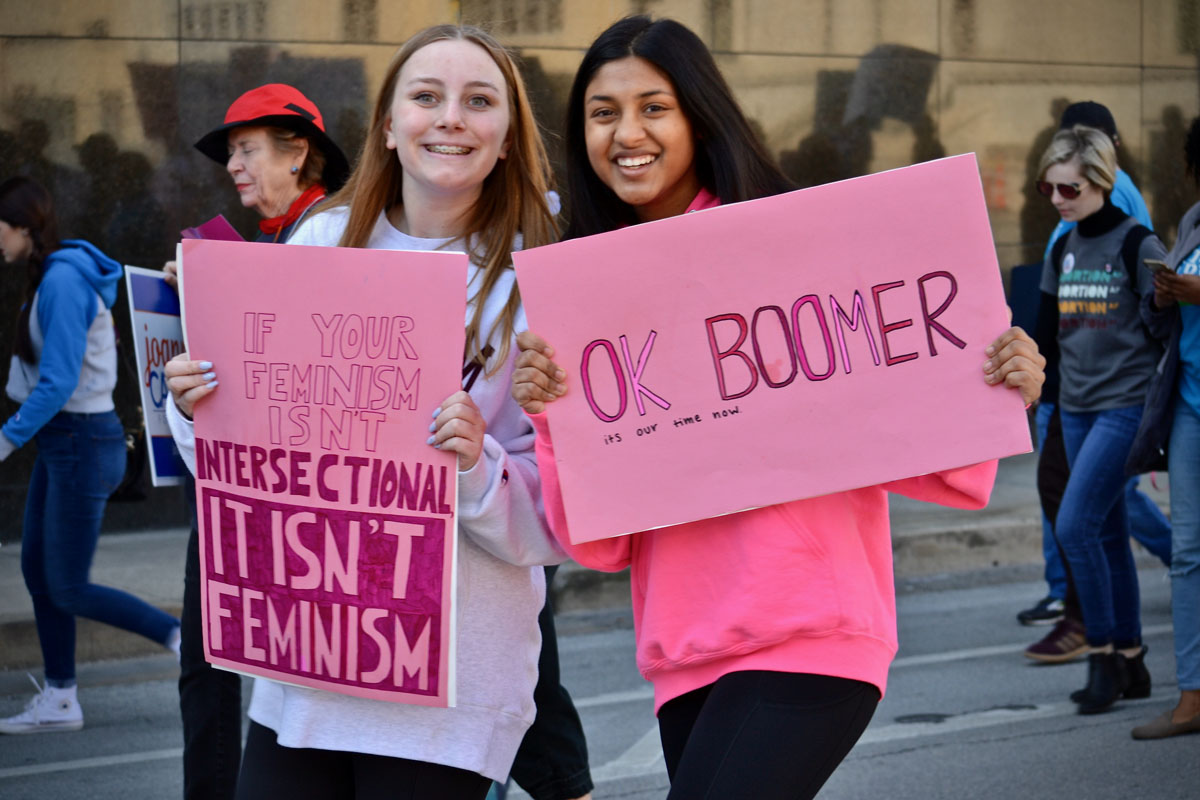 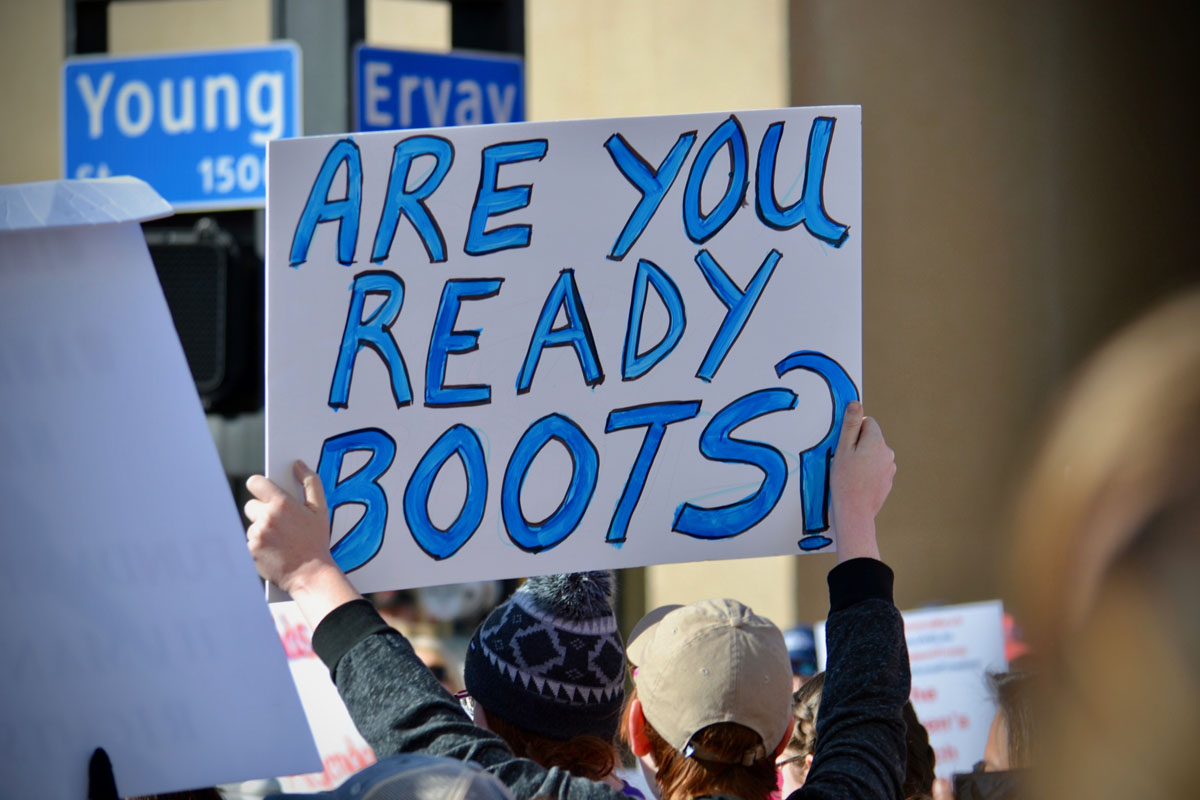 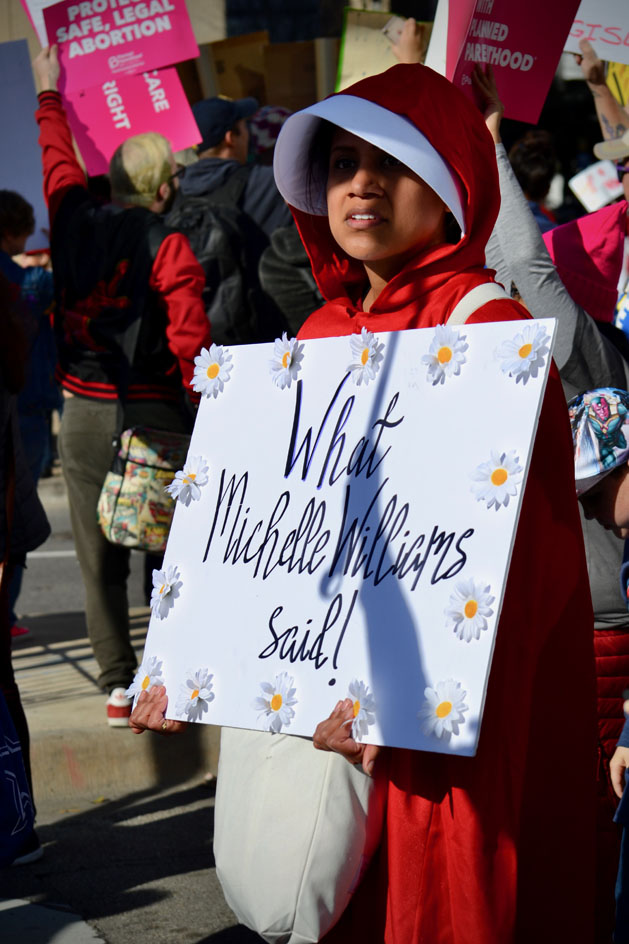 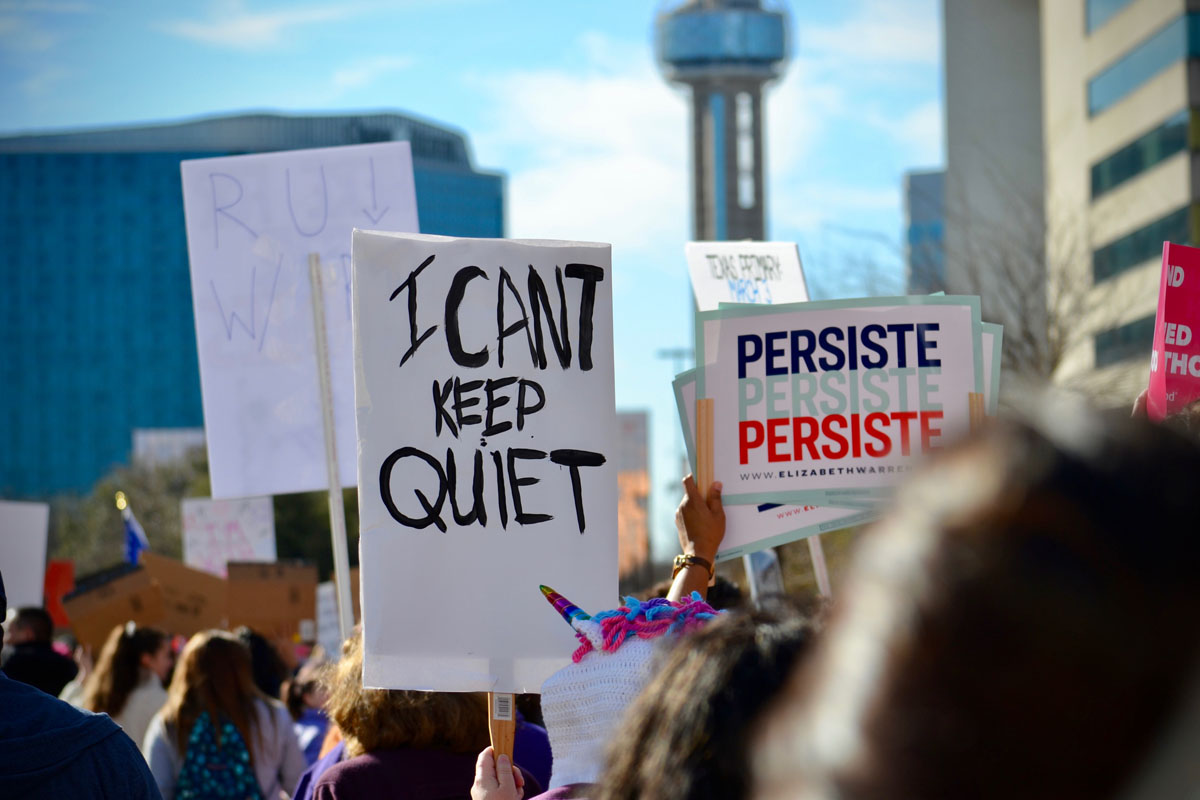 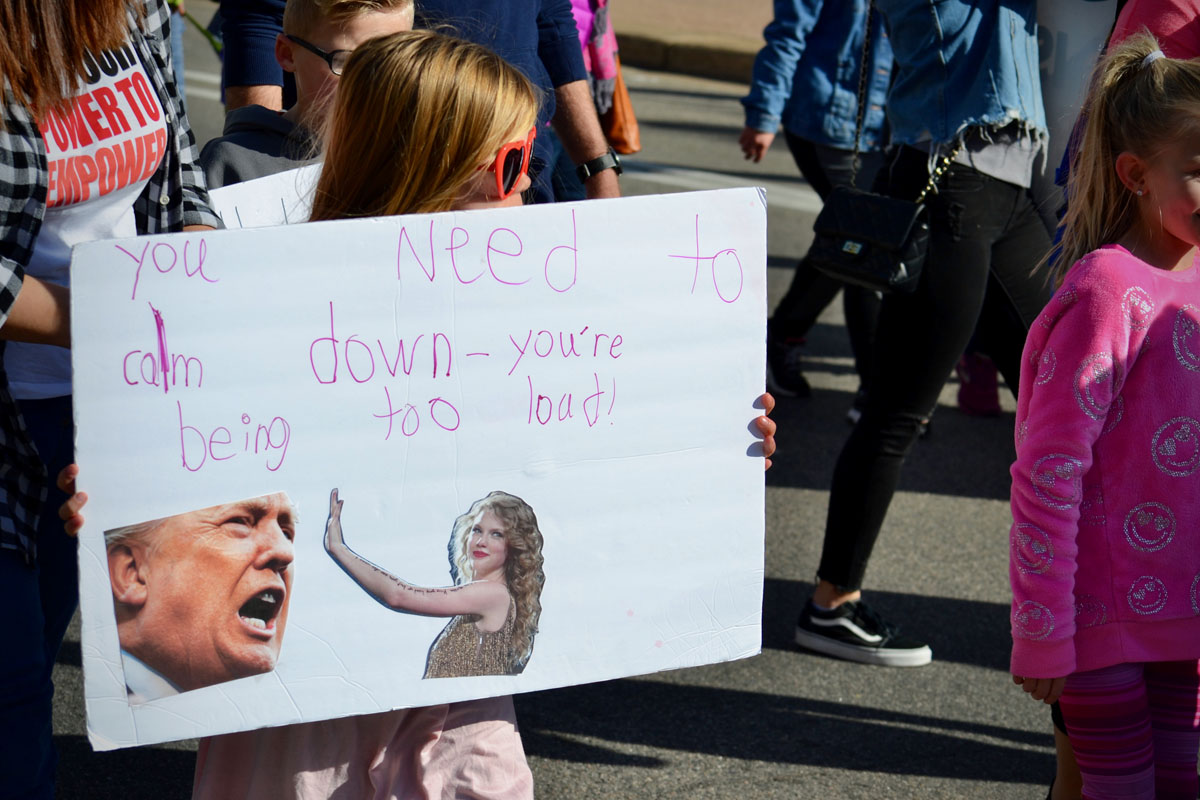 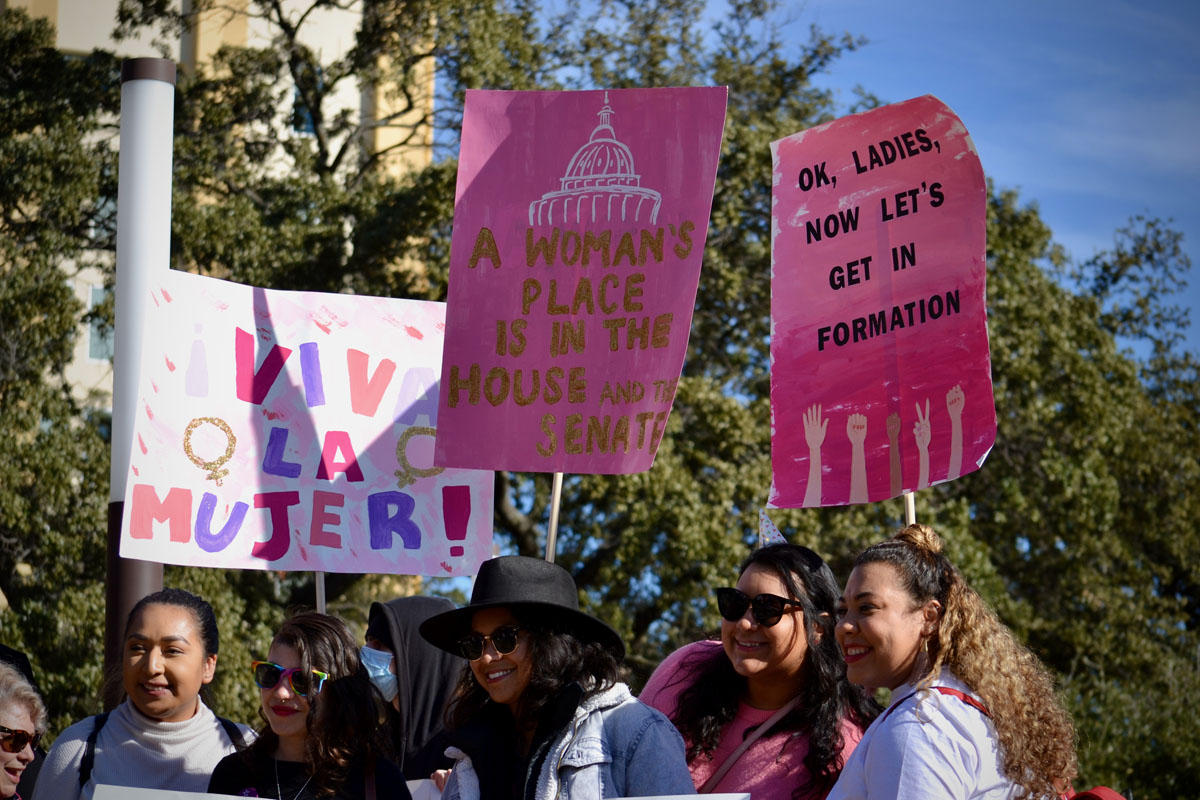 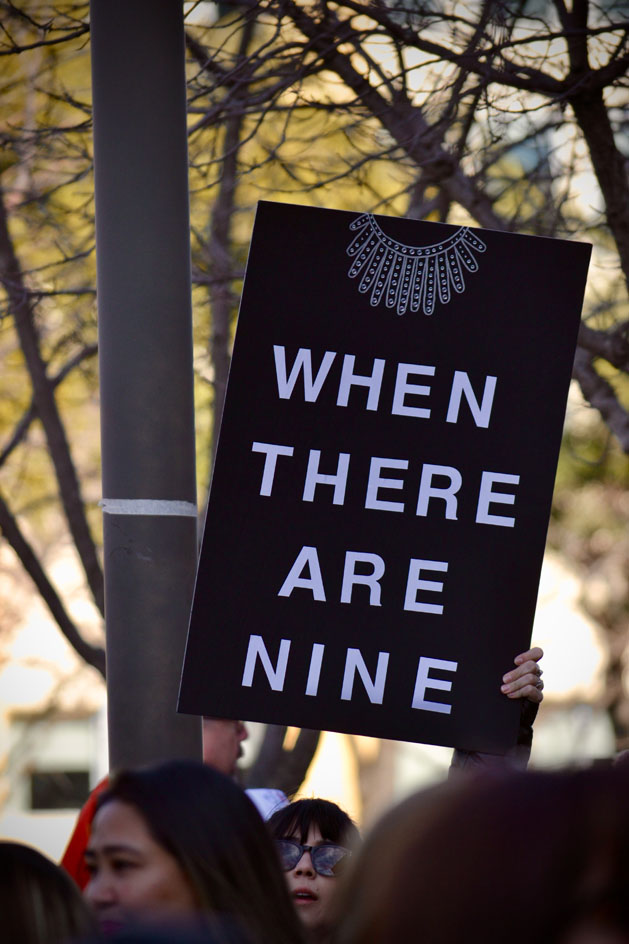 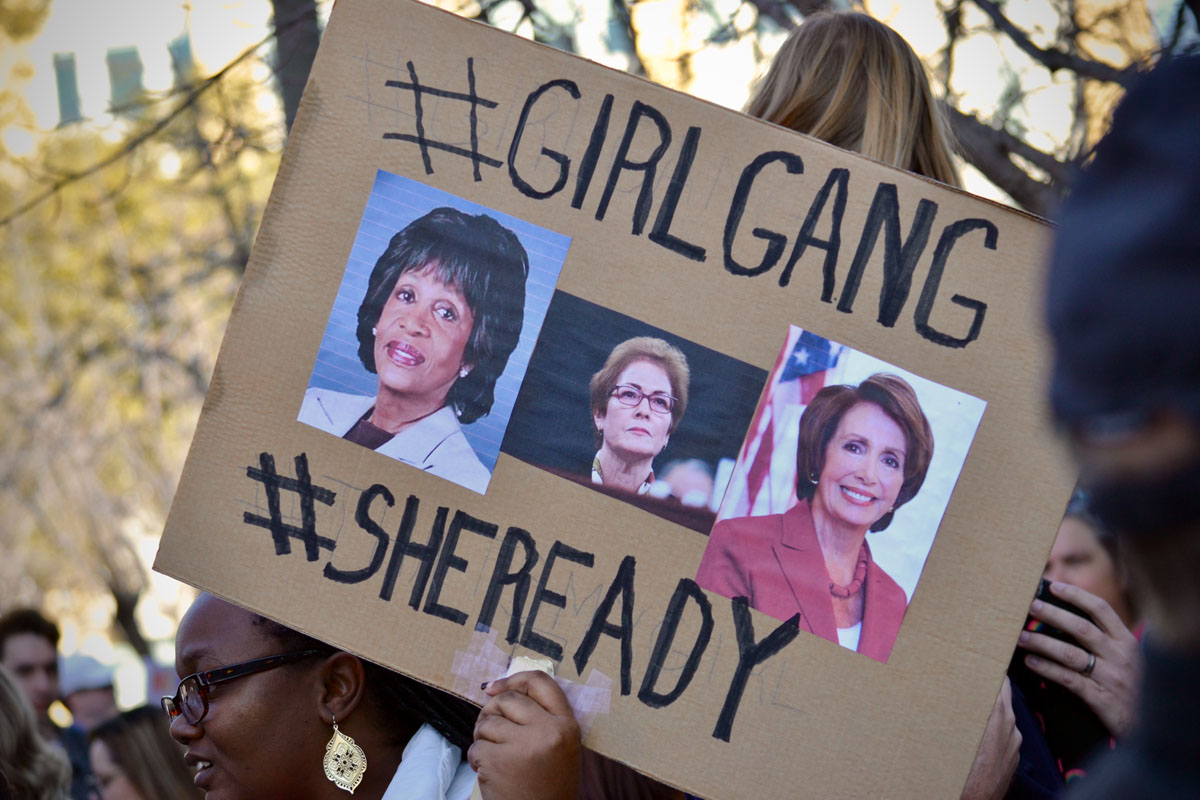 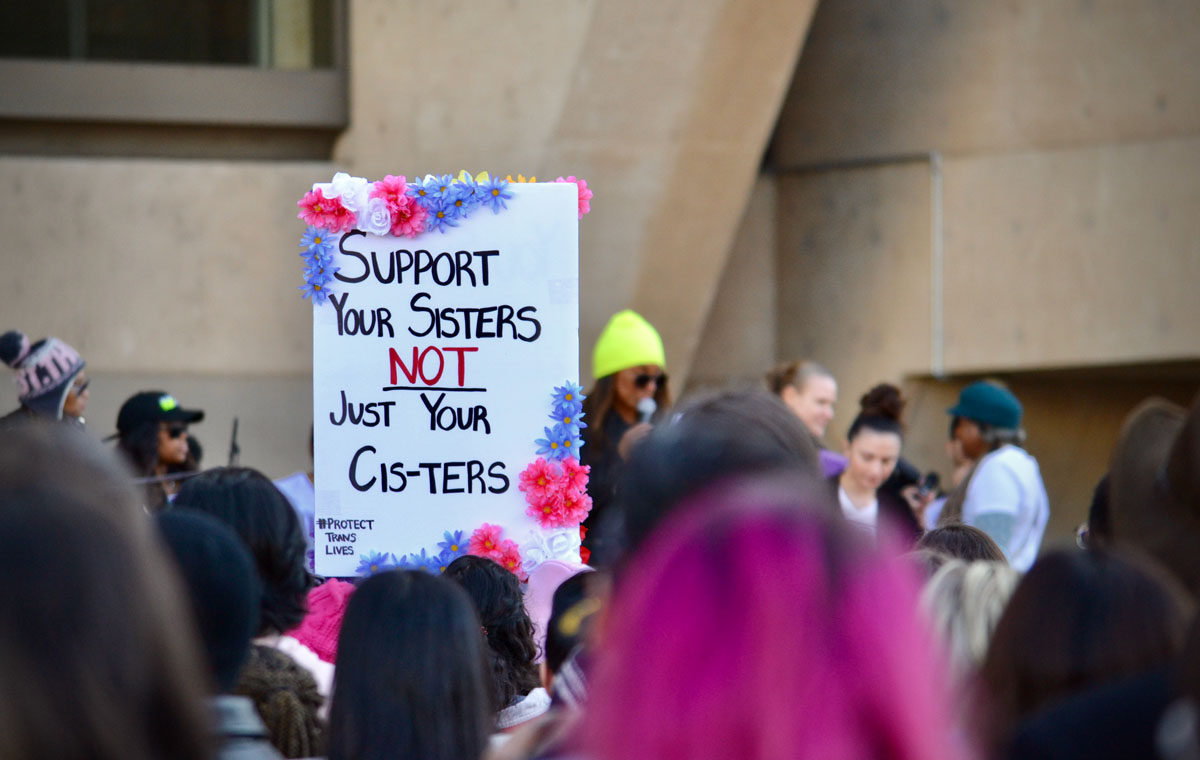 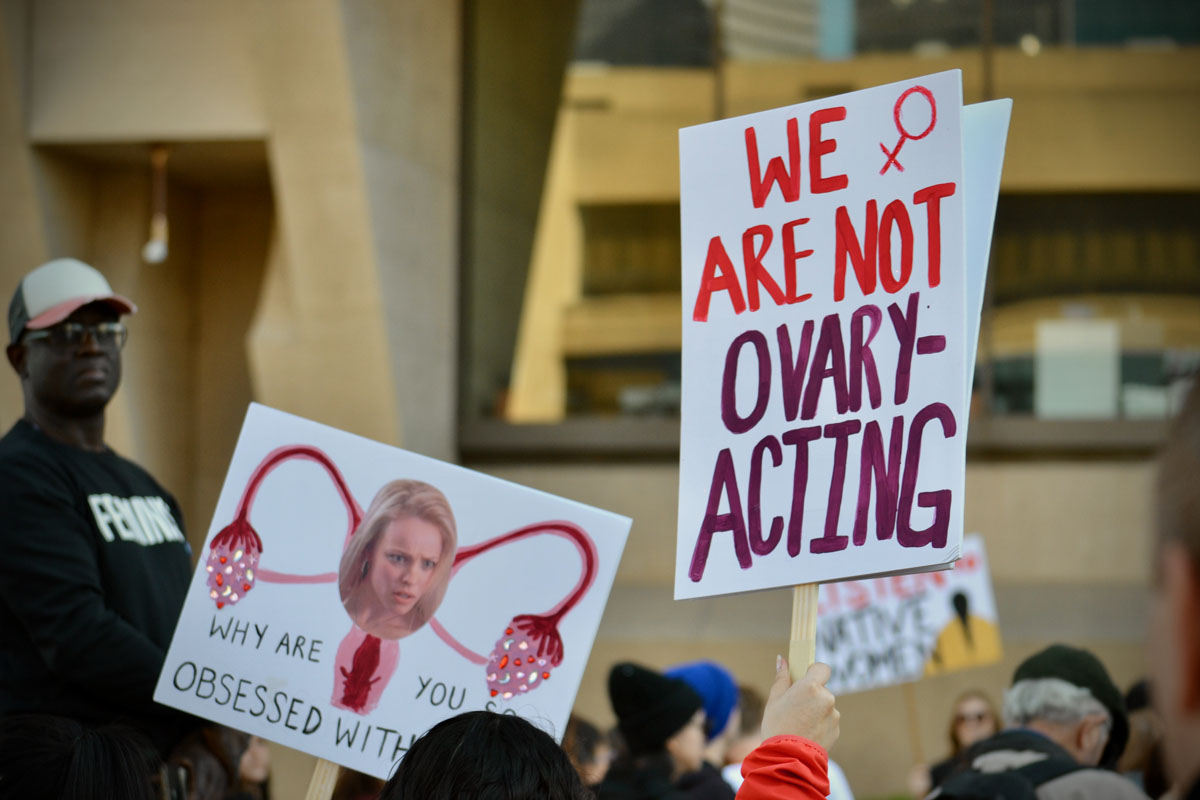 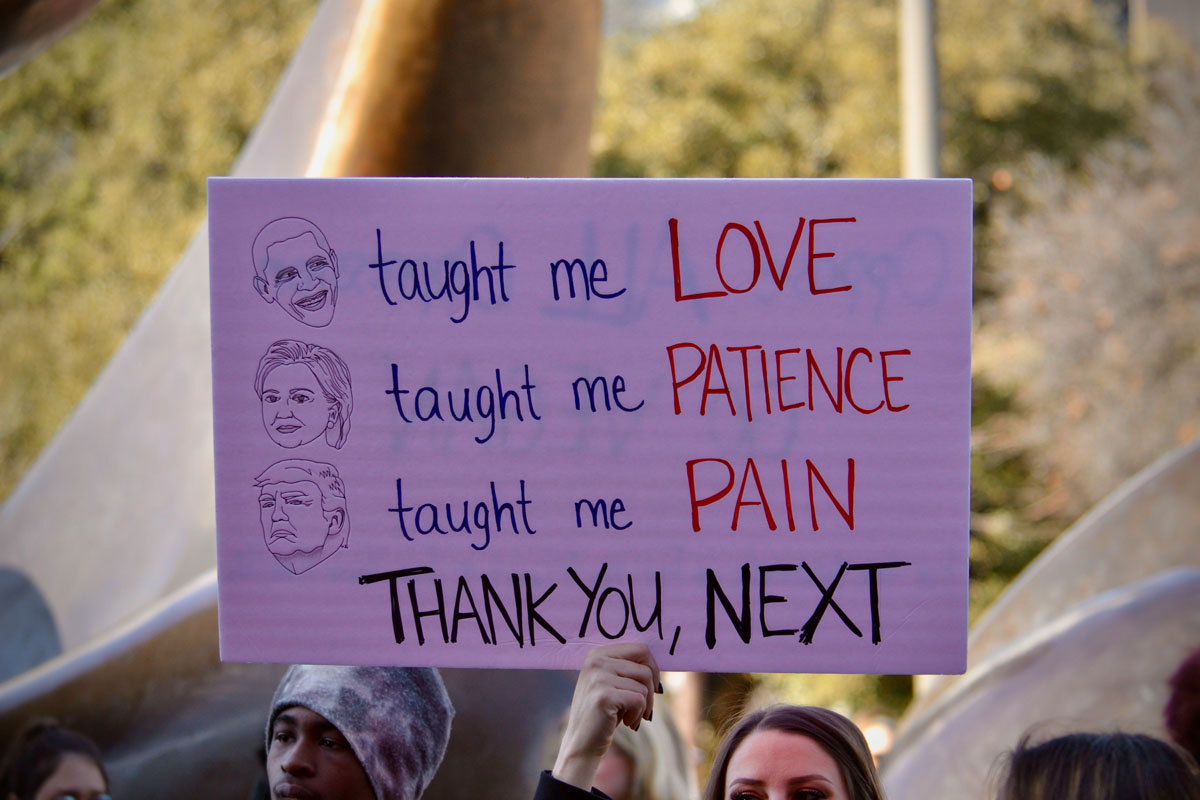 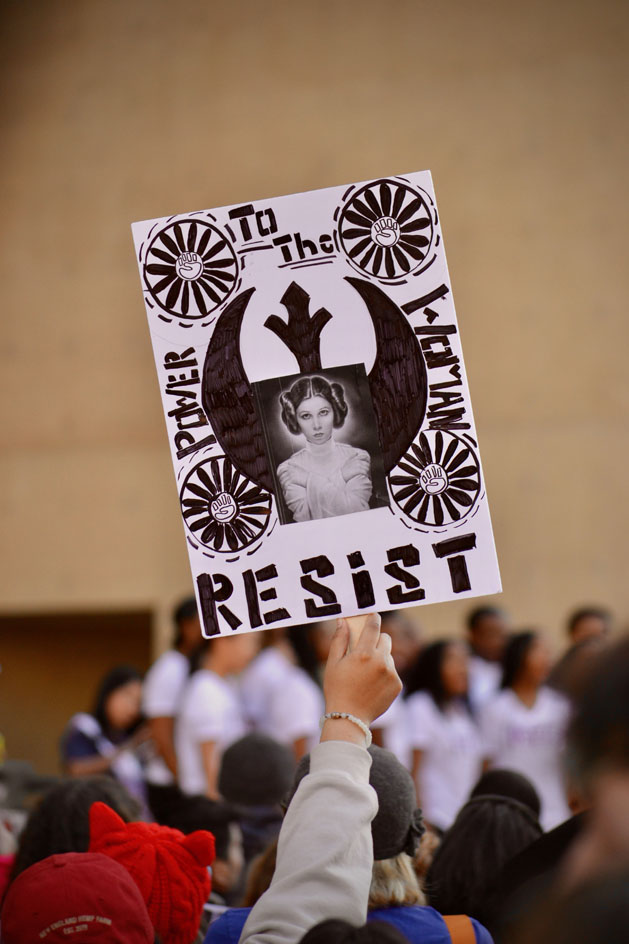 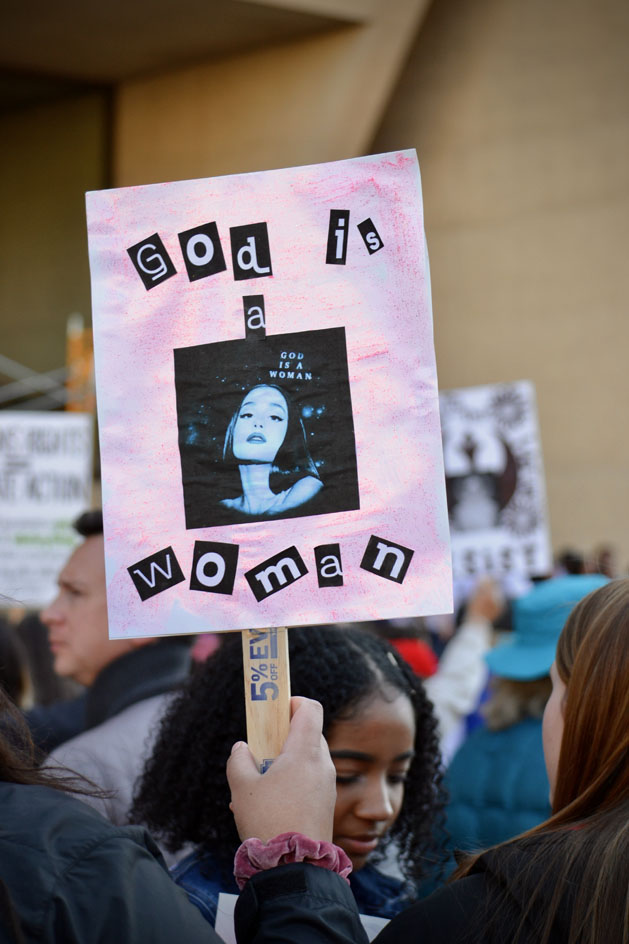 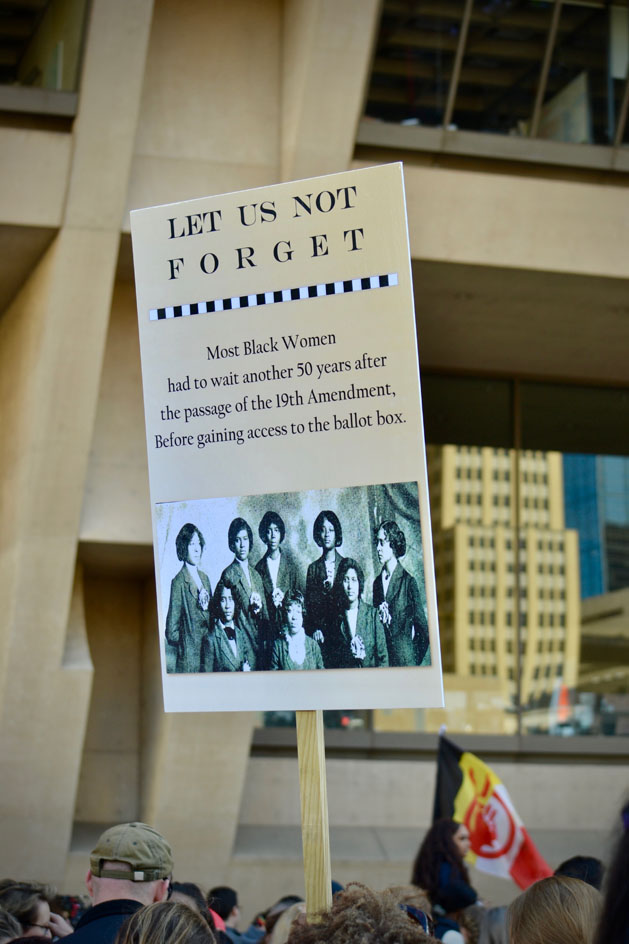 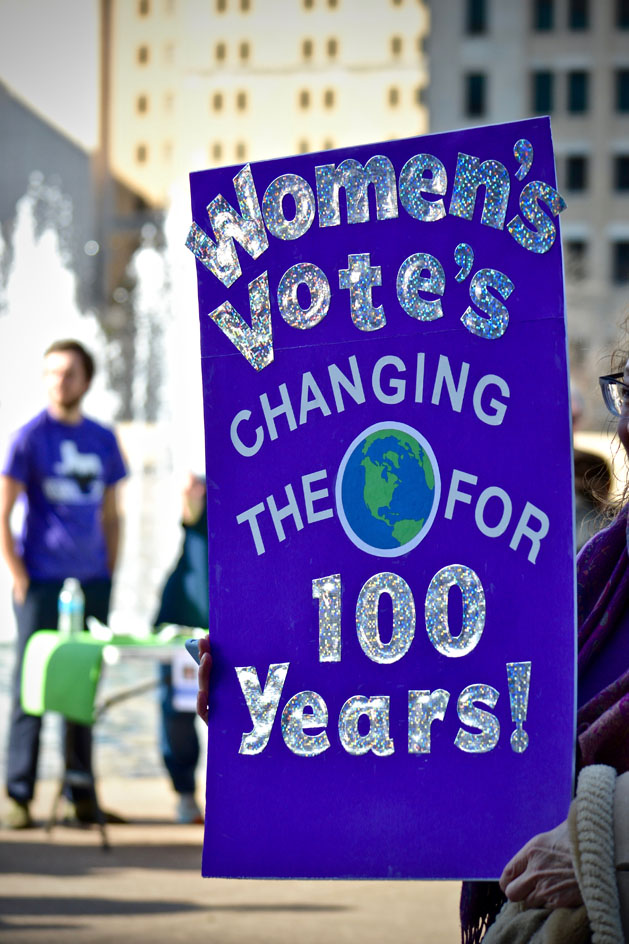 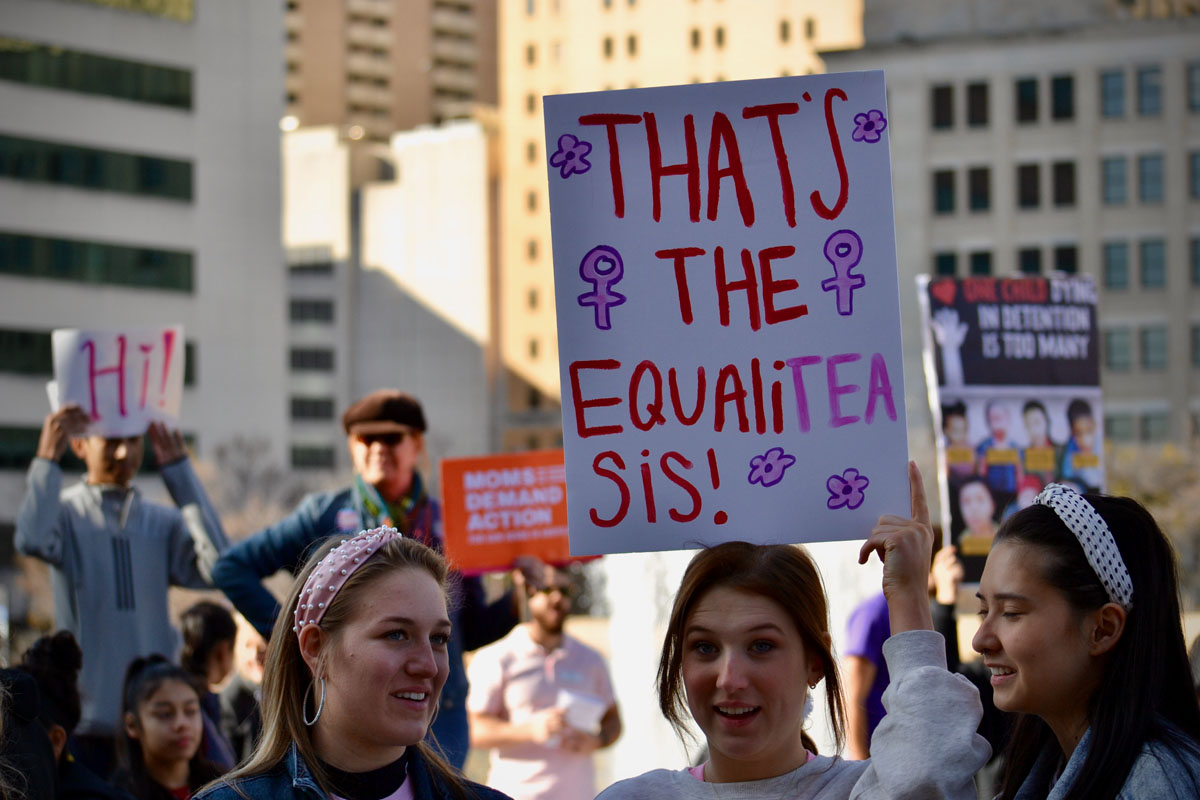 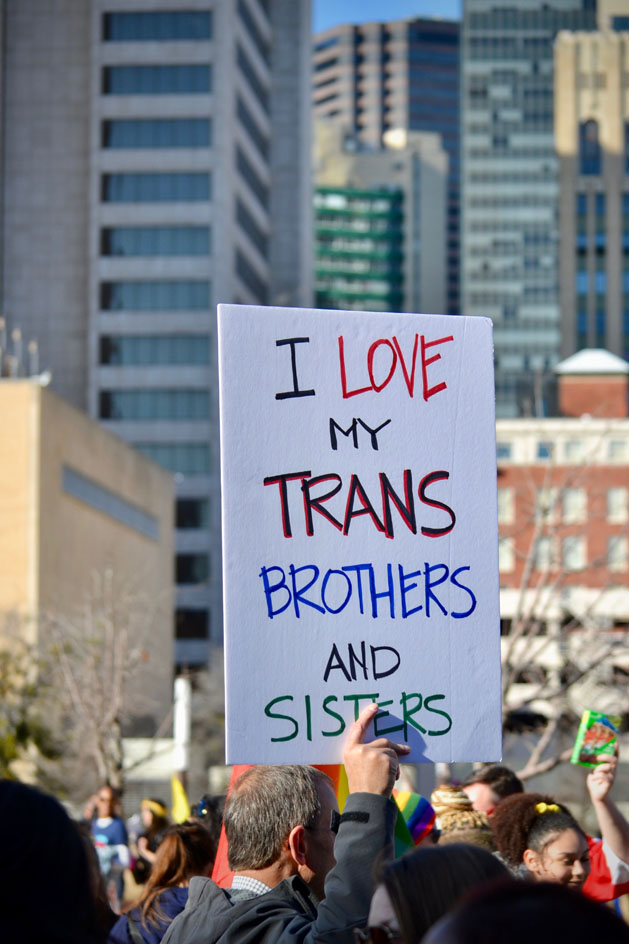 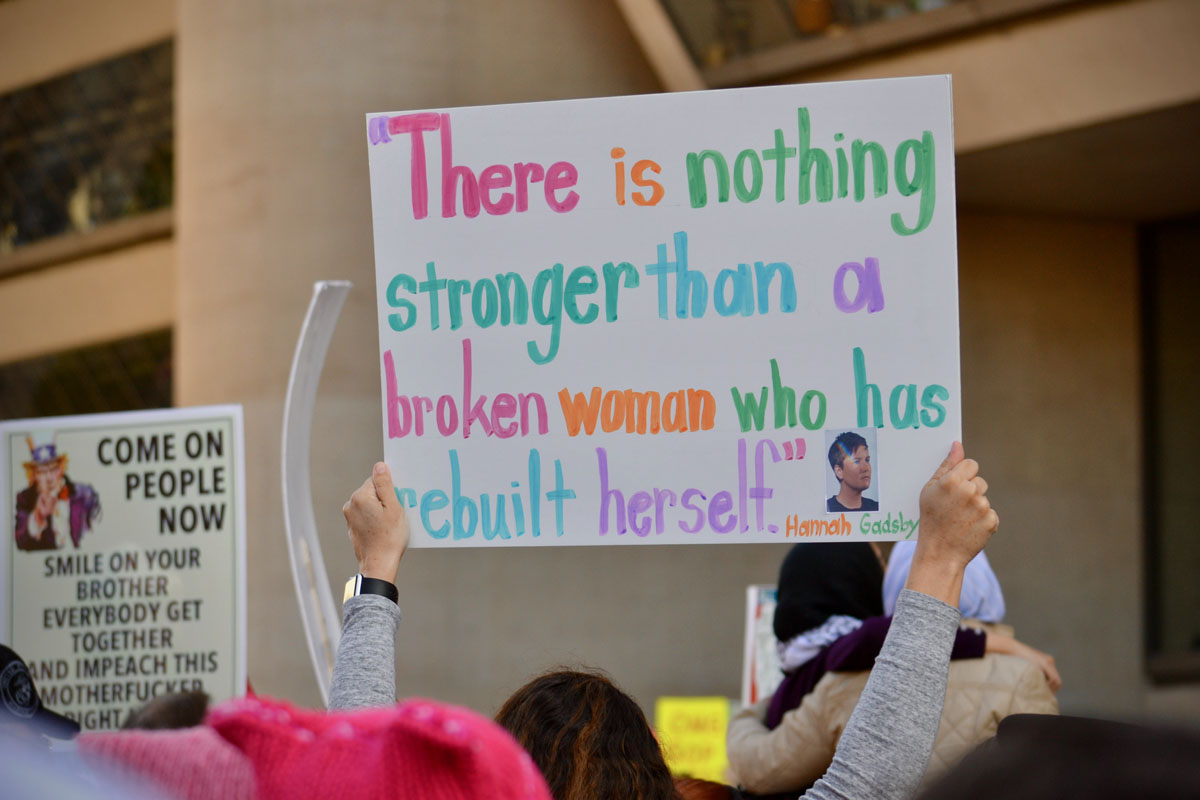 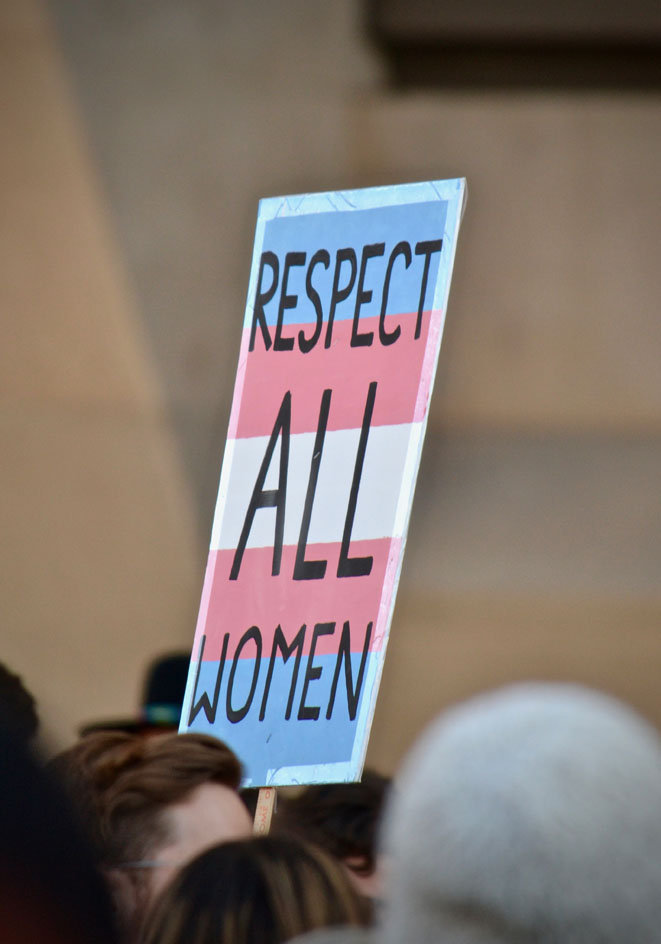 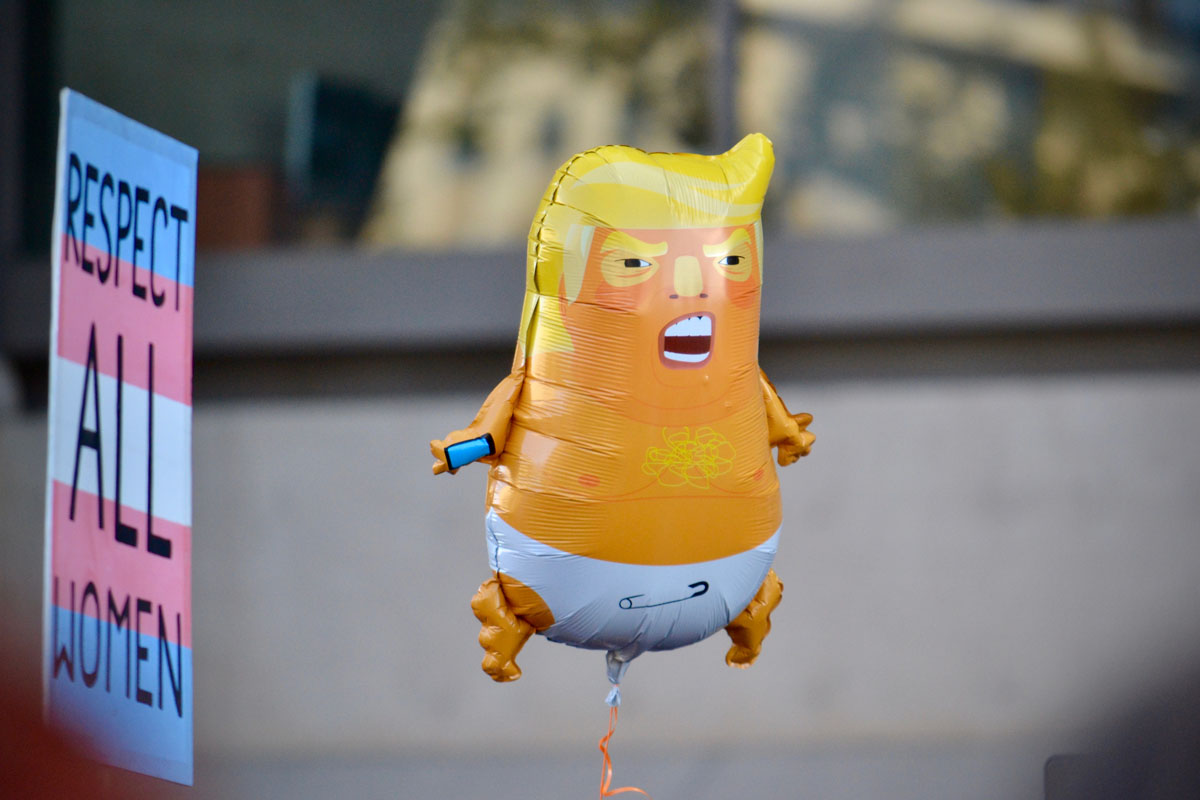 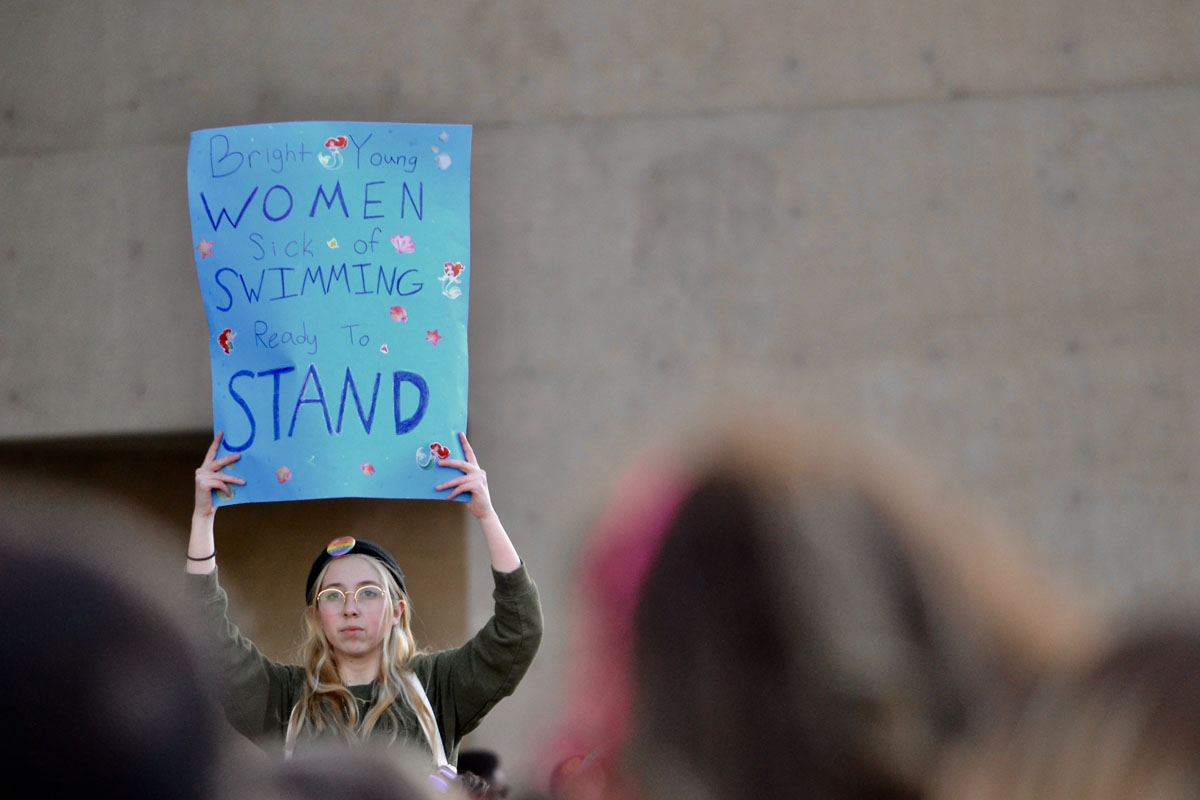 For The Fourth Year In A Row, Thousands Marched Through Downtown Dallas On Sunday, Championing Women’s Issues And Drowning Out Meme-Famous Trolls.

All photos by Morgan McPheeters.

For the fourth year in a row, Dallasites of all stripes showed up in droves to lend their voices to the national Women’s March movement on Sunday afternoon, joining 18 other cities across the country in the concurrent effort.

While this year’s numbers may have indeed been somewhat smaller than previous incarnations as reported elsewhere, the passion behind the participants at the Dallas edition was palpable as ever. As with past versions, this year’s event once again saw thousands marching through the streets of Downtown — starting at the St. Paul United Methodist Church in the Arts District and ending up at the plaza at Dallas City Hall — while carrying signs and placards that, along with their unified chants, again left no doubt as to their ongoing frustrations with the government’s treatment of women and other marginalized communities.

The march culminated in a rally hosted by K104 morning show “DeDe In The Morning” host DeDe McGuire, who introduced various speakers to the crowd, including State Rep. Rhetta Andrews Bowers (D-Garland), the first black woman to be elected to represent House District 113. Along with the other speakers of the day, Bowers used her time on the microphone to celebrate the 100th anniversary of the passing of the 19th Amendment, which gave women the right to vote, and to note the power that a unified voting block can wield. Other causes — including the women’s right to choose, trans rights and support for our nation’s indigenous communities — were also championed by many throughout the rally.

Just outside of the rally, opposite opinions were expressed, as a couple dozen counter-protesters gathered at the intersection of Young and Ervay streets to express support for President Donald Trump and their disdain for abortion, among other topics. Dallas police maintained a perimeter around this vastly outnumbered crowd, which drew the boos of the main march’s participants as they passed and filtered over toward the rally on City Hall’s plaza.

Most notably, this opposition crowd included Steven Crowder, the conservative internet personality better known as the “change my mind” guy after a photo of him setting up a booth with a sign reading “male privilege is a myth — change my mind” on Fort Worth’s Texas Christian University went viral (to hilarious ends that ran counter to his intent) in 2018.

On Sunday, the North Texas-based broadcaster showed up at the counter-protest location with the same sign.

Wow it’s literally That Guy. And I almost got hit by a car taking this. Not worth it. pic.twitter.com/OiFx19lbLY

On this afternoon, though, most marchers — aside from a very small handful that he was all too happy to mock and pretend were violent — appeared disinterested in engaging Crowder’s troll tactics, thus rather beautifully exposing the falsity of his premise.

Instead, the overwhelming majority of Sunday’s crowds were much keener on engaging with the positive intent being shared among their peers across the street than with the petty distractions of Crowder and his set. It was an encouraging reminder, especially with the November 2020 election fast approaching, that getting out the vote was the ultimate purpose of the day’s festivities.

Actions, as ever, speak louder than words. On Sunday, those actions roared.