Saga On A Stick: The Fletcher’s Corny Dog Fight Drama On. 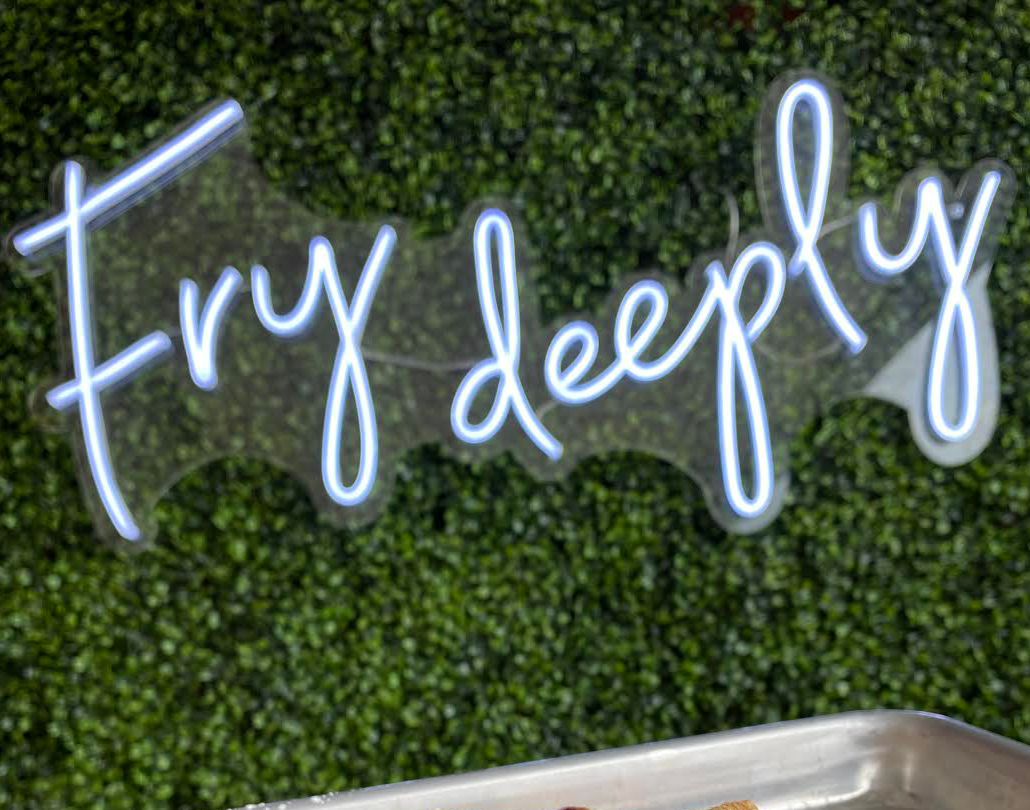 Despite Its Battered Journey Amid Family Drama, The Fried Food Eatery Formerly Known As ‘Fletch’ Has Resurfaced In Northwest Dallas.

There’s a new spot for eating your deep-fried feelings in town, where much of the menu is State Fair-style food — only, y’know, “elevated” in quality while also being served on a stick.

If that sounds a bit familiar, it’s because it’s not actually new at all. Though it currently goes by the moniker of “Corndog With No Name,” the restaurant formerly known as Fletch just opened its doors in Northwest Dallas after months of legal battles.

Titled “Artisanal Corn-Battered Franks,” the corn dog section of the menu includes multiple kinds of stick-meats, including beef, pork, bison, turkey or veggie, all of which are served in either regular or gluten-friendly batter, with six dipping sauces and several other sides on-a-stick.

How do you put a side on a stick, you might wonder? Between options like elote-like ‘Texican’ cob, fried pickles, Twisted Taters and bacon-cheddar-stuffed jalapenos, they manage just fine. Lunch combos, a couple of salads and a funnel cake bar round out the concept’s offerings. 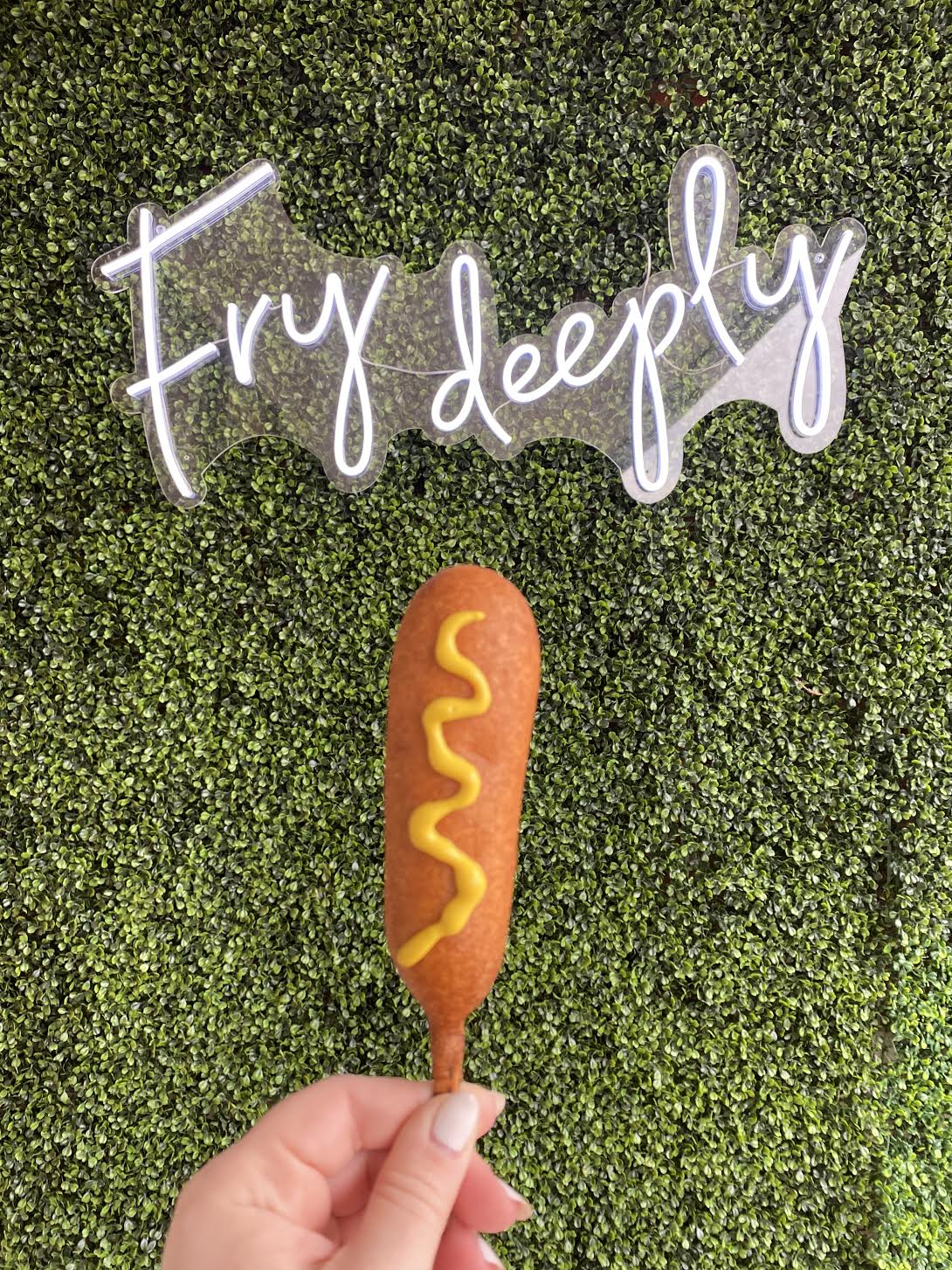 Careful attention has also been paid to the cocktail menu (these alcoholic beverages cost $10 each), which includes references to the family’s relationship to the State Fair of Texas via a smoky paloma dubbed “The Carny Queen,” for instance. It also nods to local neighborhoods with drinks such as “The Lakewood Latte,” which is a smooth combo of espresso, Tito’s and Kahlua.

A focus on health-minded ingredients has been perhaps the biggest priority for co-owner Jace Fletcher Christensen from the beginning, who says everything at her shop is either made from scratch or sourced from the highest-quality producers — including a CBD-infused classic frank that is available for those who are into that sort of thing. Why put CBD in a corndog?

“Why not,” Fletcher Christensen quickly replies when asked.

Perhaps she should also add a menu option for lengua, because there are tongue-in-cheek jokes about the family drama behind getting to this opening all over the place. From the “Howdy Folks!” painted doormat to a bloody Mary called “The Bloodline” to “The Nutty Nana” item listen on the funnel cake menu, there are constant reminders that what’s forgiven won’t soon be forgotten at Corndog With No Name. 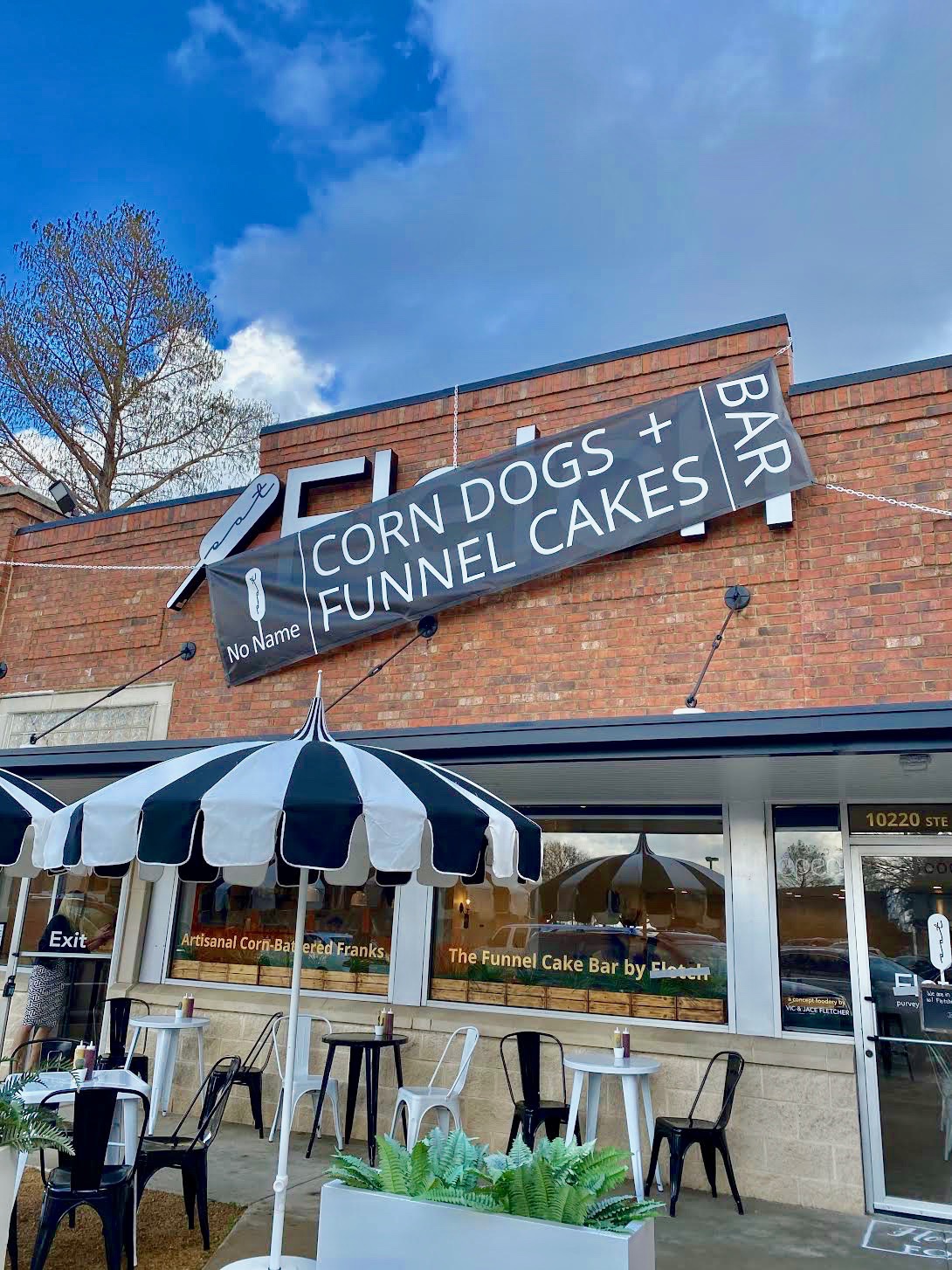 During our last bout of deep fried reporting on the legal battle that among the Fletcher family, it seemed that the fight had fizzled. At that point, Fletcher Christensen — the self-titled Corn Dog Queen and granddaughter of corny dog creator Skip Fletcher from the Fletcher’s Original Corny Dogs brand — had appeared to have made amends with the legal owner of the Fletcher’s brand, Skip’s wife G.G. Fletcher, just before his death a couple of years back.

“I have her blessing,” was the way they left it.

But the squabble, as it turns out, was not over. Last year, when Fletcher Christensen was given an opportunity to take her thriving concession business into a brick-and-mortar space in Northwest Dallas near Gas Monkey Live!, she reluctantly took it. Her reluctance was due to inexperience in that retail space, though, and not with the brand. With the encouragement of her friends and family, she and her mom Vic took a chance on opening up shop.

On the day that Fletch opened — and as we reported in September as part of Central Track’s 24-part series on why the State Fair Sucks — Fletcher Christensen was served papers from G.G. and her legal team, stating that their business was too close to Fletcher’s, and that consumers would be too confused. A cease-and-desist order accompanied the lawsuit, and Fletcher Christensen was forced to close the doors after Fletch had been open for only about an hour.

After weeks in court ensued, Fletcher Christensen called finally “uncle” — or “grandpa,” rather.

“A couple of hundred thousand dollars in legal fees later, I’m giving up on the battle to keep my name in order to finally open the restaurant,” she says. “The whole situation is completely insane, but the menu is fucking amazing.” 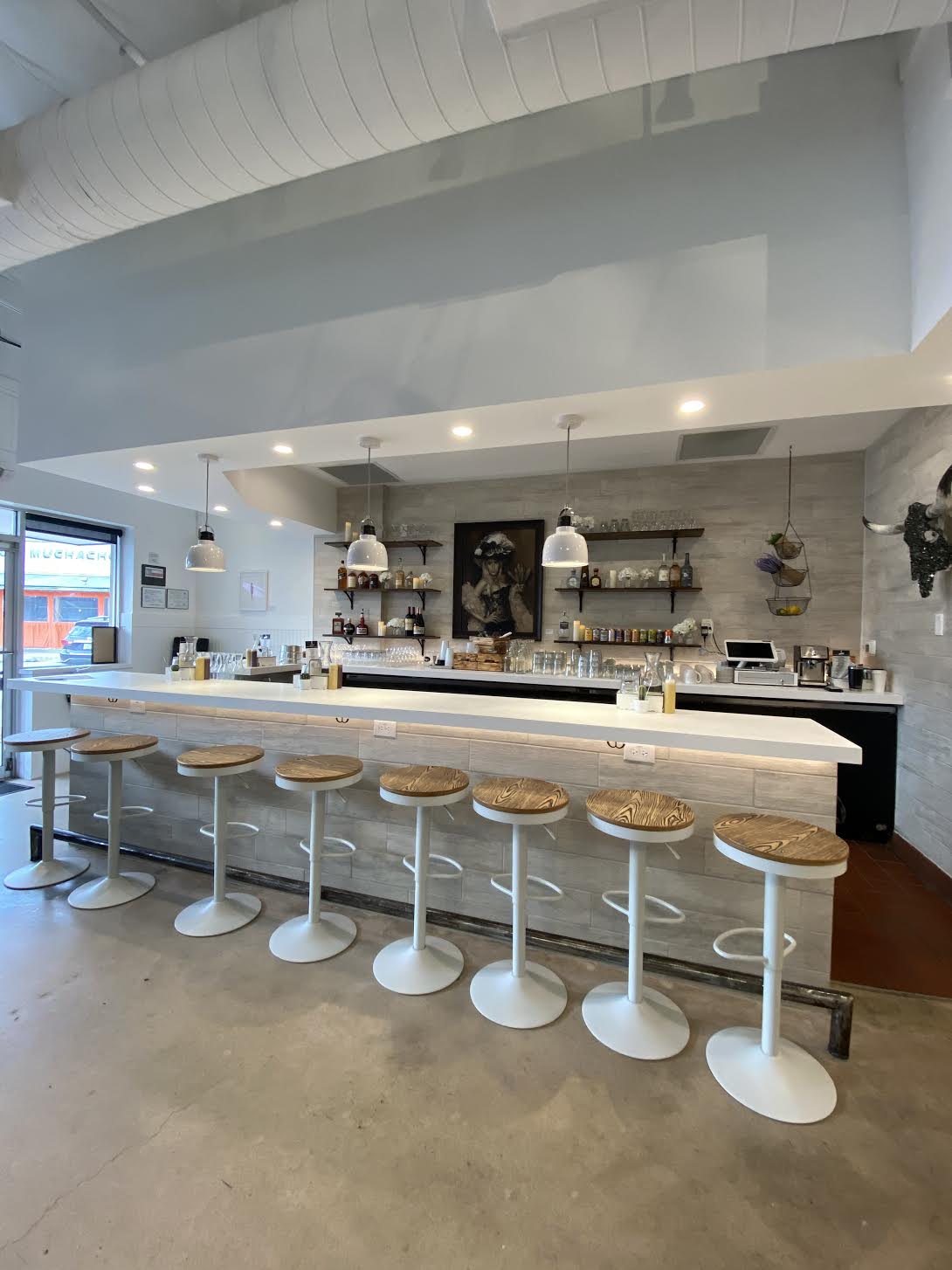 Aside from all the redacted or marked out “Fletch” references throughout its interior, the restaurant is black and white in a purposeful contrast to the yellow and red known of Fletcher’s. Fletcher Christensen had painstakingly designed every detail of the restaurant herself before the September opening, and she’s been tweaking it ever since. How so? Well, because she and her husband have four-year-old twins, the space is extremely family-friendly, complete with chalkboards, iPad stations and comfy couches.

In the meantime, the search is on for a new name — since “Fletch” is clearly off the table.

You can visit the restaurant’s  Instagram or check out its survey if you want to weigh in on that one and enter yourself into the juiciest family drama going in the Dallas food world.