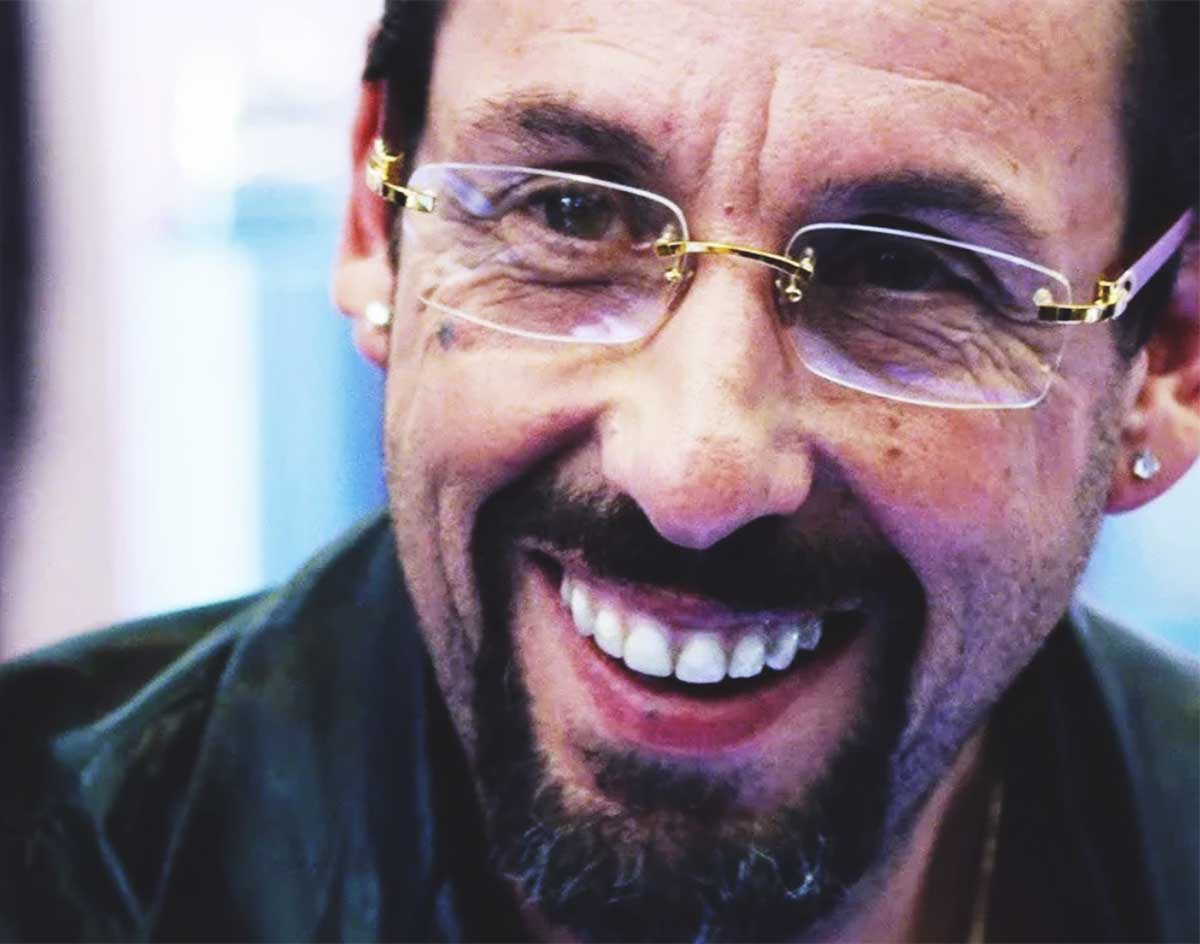 Want To Know What It’s Like Being A Down-On-His-Luck Gambling Addict In New York City? Man, The Safdie Brothers Have You Covered.

There’s a meme that’s been going around of late showing a defeated, crudely drawn figure with a caption along the following lines: “Me trying to have a career, eat right, exercise, drink enough water, maintain relationships, stay sane and survive.”

The meme implies the impossibility of maintaining a healthy lifestyle in 2019 and into 2020.

The Safdie Brothers’ new movie, Uncut Gems, feels a lot like that. It’s two hours of watching someone trying to juggle chainsaws while walking a tight rope.

Such is the life of Howard Ratner (Adam Sandler), the jewelry dealer at the center of this film. He constantly trades in favors in order to keep his revolving door of debt going — all so he can feed his gambling addition.

To his credit, Howard’s a surprisingly charming guy. He knows everyone all up and down the block, and he knows how to smooth-talk everyone from celebrities like NBA superstar Kevin Garnett (playing himself) to fellow jewelry dealers.

If anyone knows how to fail upwards, it’s Howard.

Following in the lines of their previous effort Good Times, the Safdies here too show that they know well how to create and maintain tension that’s so intense it borders on ulcerous.

This time around, the main stresses come from poor Howard’s always being on the edge of success and the brink of maybe being a good person. And yet, at the very last second every time, his adrenaline-fueled gambling addiction takes over and always ruins things.

To their credit, the Safdies wrote a part befitting of the skills and demeanor of their lead here with Sandler. To Sandler’s credit, he plays Howard so well that you root for him, even though he’s a completely insufferable and self-sabotaging man.

The synth score by Oneohtrix Point Never ties it all together, really. All throughout the film, the score’s synth stabs punctuate and enhance the stress of the story, providing a fitting soundtrack to the house of cards as it crumbles within itself in slow motion.

With both the capitalist gig economy and personal gambling struggles inside of its cross-hairs, Uncut Gems is just the latest seedy Safdie Brothers tale about New York City’s underbelly.

It never lets up as far its excitement or tension, and it manages to make the audience care deeply for its unsavory characters.

While Uncut Gems plays as a small movie about one man, the way it portrays this one man’s world quickly crumbling down around him — that makes for  a thrilling ride.