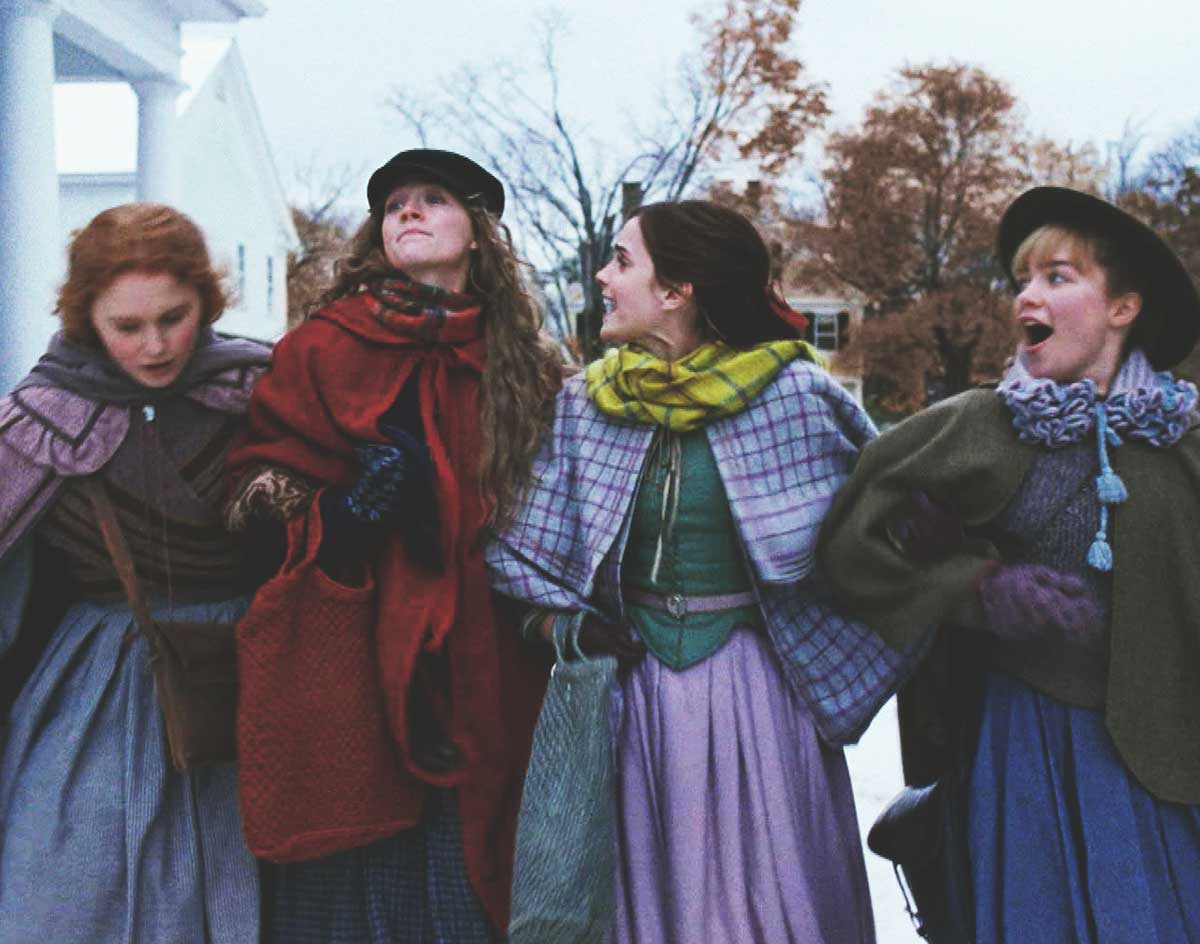 In Her Second Consecutive Standout Film, Greta Gerwig Has Once Again Proven Herself Adept At Carefully And Beautifully Portraying Female Relationships.

Louisa May Alcott’s Little Women is a timeless classic tale of sisters who struggle during the Civil War.

Sometimes, classic books can feel outdated for modern times. But director Greta Gerwig’s take on Alcott’s story gives the proceedings a fresh and modern feel while also managing to stay true to the original material.

You know the story: The March sisters and their mother (Laura Dern) are struggling as their father is off fighting for the Union in the war. As ever, our story revolves around these sisters: Meg (Emma Watson), the eldest and most pragmatic; Jo (Saoirse Ronan), who is vivacious and independent; Beth (Eliza Scanlen), who is quiet and sweet: and Amy (Florence Pugh), the youngest and fiery of the bunch.

Jo leads the clan by being the most outspoken: she isn’t keen on settling down and marrying a man like a woman should during these times. She is a trailblazer, and wants to make her own way in the world.

Rather than take the audience through this family’s story as the book does, director Gerwig cuts and re-imagines the story out of order.

Her tale starts with Jo in New York, struggling as a writer and teacher, before interluding seven years earlier to a Concord, Massachusetts, setting, Here, the family still lives under one roof.

It’s a nice way of paying homage to the original material while also making it feel like new.

Also feeling fresh? Ronan, who radiates off the screen as Jo. Her portrayal as a young woman who feels out of place in the world she was born into feels like a modern take on the character. We feel her struggle as she balances her duties to provide for her family, wants to stretch her wings and angles toward becoming her own person.

Through the eyes of Jo, Gerwig tells the struggle of women over a hundred years ago. Still, this story still feels modern.

The standout cast is to credit for at least some of that. After giving her soul for her performance in Midsommar, Pugh seems to have a lot of fun playing Amy here. her character’s arc is the most dramatic here, and perhaps the most complicated.

Gerwig, too, deserves applause. Her screenplay gives the March sisters many moments to just be sisters. Over the course of the film, we really get a sense of the relationship between all of them — how Jo and Meg depend on each other as the eldest, how sweet Beth looks up to Jo as a mother figure, how Amy feels second-fiddle to Jo, and so on. The chemistry and camaraderie between the actresses in this family is what really makes this film.

As one of the last films to be released in 2019, Little Women feels like a breath of fresh air. It’s smart, emotional, funny and heartwarming, and it features outstanding performances from everyone involved.

As she did with 2017’s Lady Bird, Gerwig has once again proved herself one of the best new American directors working today with this film.