[Review] Once Upon A Time In Hollywood Is A Real Throwback. 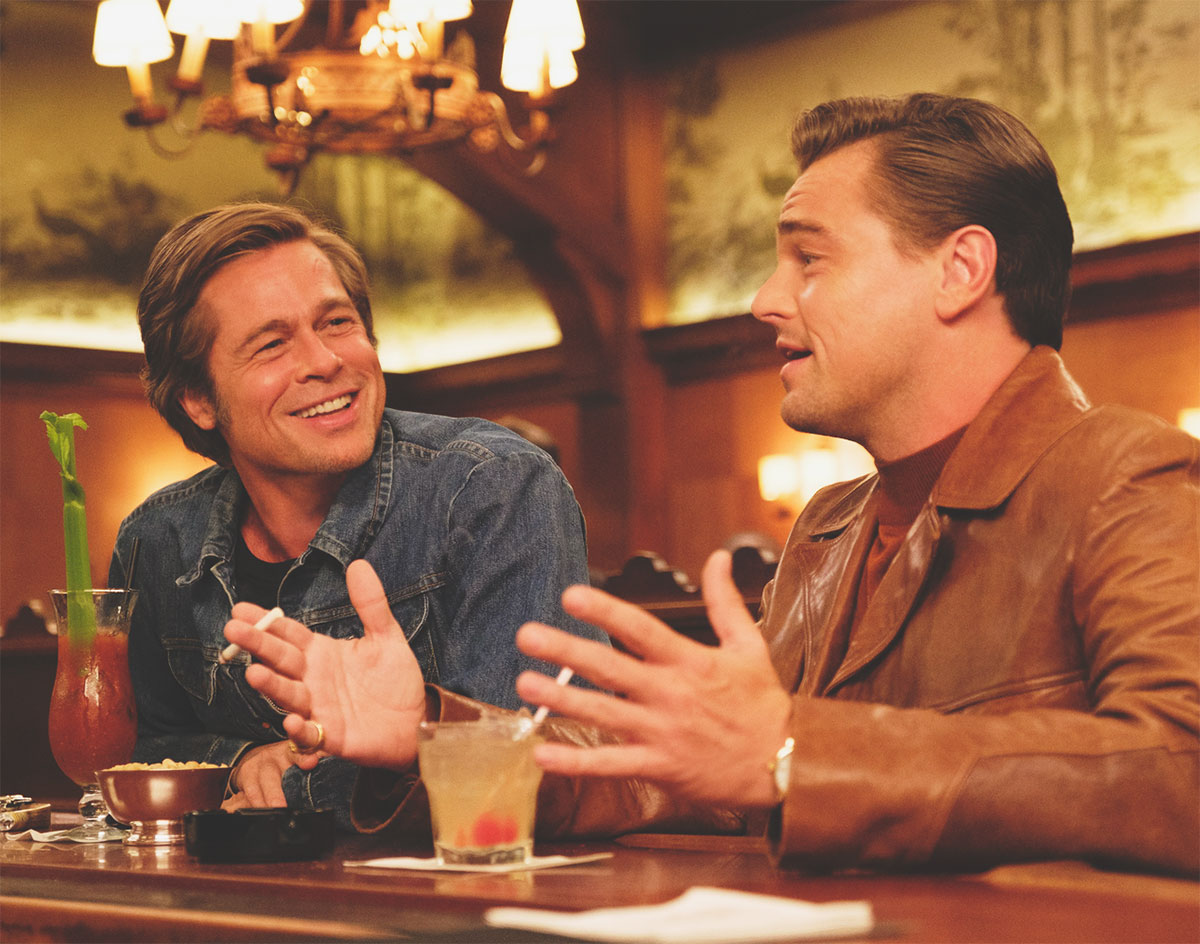 Quentin Tarantino Busts Out His Entire Bag Of Tricks For His Leonardo DiCaprio- And Brad Pitt-Starring Ode To What Hollywood Was Like 50 Years Ago.

It’s easy to accuse film purists of being too nostalgic. But if you’ve ever seen a film projected onto a big screen in 35mm or 70mm, you too should know that there’s nothing quite like the Hollywood of yore.

The crackle of the film, the grain, the colors and even the rattling from the projector — these elements all plays an integral role in a singular experience that’s unrivaled by current industry standards.

Director Quentin Tarantino, himself a noted film fanatic, understands this well. He’s long been on the record as saying that modern movie-making’s sharpness simply can’t compare to film’s hazier, back-in-the-day aesthetics, and his ninth feature film, Once Upon A Time In Hollywood, is very much a throwback celebration of those old capabilities, its celluloid warmth crafting an atmosphere and tone that’s pure joy to consume.

Really, everything about this film is an homage to a Hollywood era that’s no longer quite in reach.

It focuses on two men facing an uncertain future in the movie business, the latter years of the 1960s hippie movement (before the cynical ’70s) and even serves an an allegory to Tarantino, who is allegedly coming to terms with the impending end of his own career, having long made known his plans to bow out from the directing game after releasing his tenth feature.

Set primarily in 1969, Leonardo DiCaprio and Brad Pritt respectively star as Rick Dalton and Cliff Booth, an actor and stunt double who are both feeling the pressures of obsolescence. Rick is a former hotshot actor who once starred in a Western TV show called Bounty Law, and while his drinking habits removed him from leading man territory, he’s enough of a functioning alcoholic to scrape by with meager villain-of-the-week guest-starring roles on other programs. And, of course, if Rick’s not working, then Cliff isn’t either — and thanks to his own rather bizarre but nasty reputation, Cliff’s been reduced to serving as Rick’s driver after his meal ticket got too many DUIs.

Despite being complementary on screen, the two characters could not be any more different, and DiCaprio and Pitt feel like they’re firing on all cylinders in portraying these troubled, borderline pathetic men. DiCaprio portrays Rick as walking ball of anxiety complete with a nervous stutter. Pitt, suddenly looking like a younger Robert Redford, channels his own very hip and swaggering, but also very weird, vibe for Cliff.

Cast in a Manson Family-era Hollywood, the film also features director Roman Polanski (Rafal Zawierucha) and actor Sharon Tate (Margo Robbie) as distant stars orbiting our main duo. Where Rick and Cliff represent the past, Roman and Sharon represent the future while happily dancing through the party circuit and driving all sorts of high speeds just to bask in the glow of their successes — Roman celebrating the critical success of Rosemary’s Baby, and Sharon fresh off her starring turn in The Wrecking Crew.

Despite a run time that lands just 15 minutes shy of three hours, the film never feels bloated. Even its lingering establishing shots of LA and the Hollywood Hills serve to give the film a magical feel, what with all the glowing neon signs, bright marquees and the constant presence of cigarette smoke and booze.

Alas, plenty of typical Tarantino nonsense is also present. While there’s no n-word dropped here, there’s plenty of casual racism and violence towards women that is off-putting, at best, considering they’re played for laughs. For better of worse, that’s all to be expected in a Tarantino joint.

Ultimately, Once Upon A Time…In Hollywood feels most like an early retirement party for Tarantino himself. He takes every trick in his arsenal and applies it to this movie, be it flashy editing tricks and camera work or humorous stunt casting.

Despite its largely primarily pessimistic tone, the film’s message — that the world might change, but not always necessarily for the worse — is more half-full than half-empty.