[Review] On The Crimes (And Punishment) Of Grindelwald. 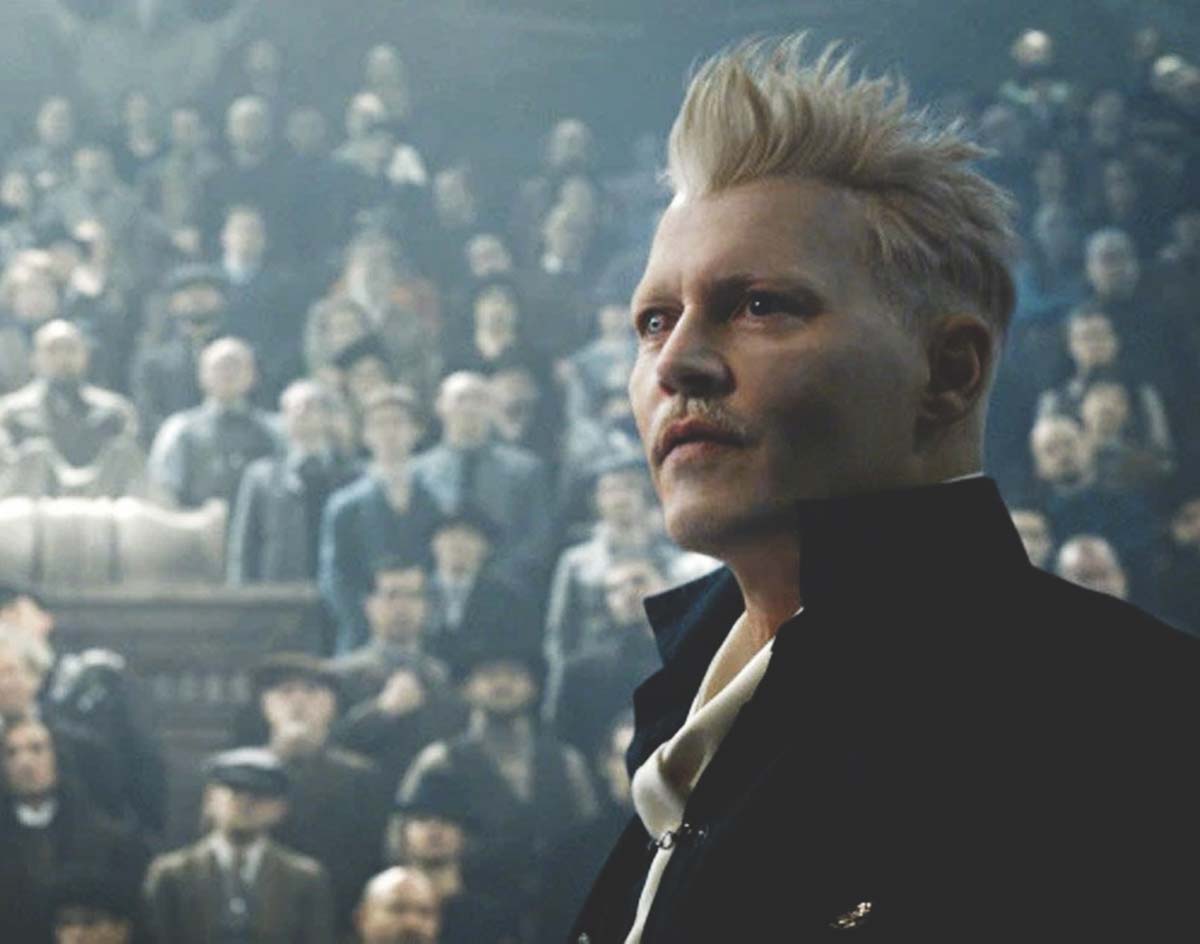 When A Series That Was Proposed As Being One Thing Ends Up Becoming Something Else Entirely, Who Wins? Not The Wizarding World, That Seems Clear.

With The Crimes of Grindelwald, beloved author and screenwriter J.K. Rowling has taken the worst of J.J. Abrams’ mystery box style of storytelling and George Lucas’ retcon-happy Star Wars prequels and combined them in a movie so convoluted and filled with inconsistencies that it will leave even the most enthused of Potterheads confused.

Thanks to its labyrinth plot and confusing editing, it is without a doubt one of the worst movies to emerge from the Wizarding World.

Picking up nine months after the events of the original Fantastic Beasts movie, the film opens with Grindelwald (Johnny Depp) very easily escaping capture as he’s being transferred from New York City to London. Meanwhile, Newt Scamander (Eddie Redmayne) is now under strict watch by the Ministry of Magic and not allowed to leave the country after the events of the last movie. And Credence (Ezra Miller), previously thought to be dead, is suddenly back and already making his way to Europe to track down his real family. It takes no time for Grindelwald’s power and influence in the wizarding community to grow following his escape thanks to his gospel of demanding a fight for freedom from the “oppressing” humans. Troubled by this groundswell, Dumbledore (Jude Law) enlists a reluctant Newt to find Credence before Grindelwald recruits him to his evil cause.

That premise set, it’s pretty clear that this film should be a rather simple race to get a living MacGuffin. Instead, it’s a jumbled mess of flashbacks, genealogical monologues, misdirections and unresolved plot lines.

The problems all stem from the first film in this Harry Potter offshoot series. While 2016’s Fantastic Beasts & Where to Find Them has aged well enough, its inconsistent tones and focus — was it a movie about adorable magical creatures or a super dark exploration of discrimination through religious zealotry and in America? — carry over to this sequel, which continues to wrestle with these aspects with messy ends.

Most egregious are the retcons about this world’s more important wizarding family plot points, its spells and even its own characters. God bless the editors of the Harry Potter Wiki who’ll have to come to terms with these sudden new rules.

This, of course, is something we’re seeing with all of Hollywood’s most cherished franchises — like the new Star Wars movies, which have posited that heritage is not that important. A similar gambit is at play here, and it feels so damn reductive for a franchise known for having progressive ideals.

Worse, the focus is too far shifted away from the original Newt story this arm of the franchise promised. The Crimes of Grindelwald is so zoomed out from this series’ original scope that our supposed protagonist feels mostly irrelevant, and every minute spent on the random magic animals he studies feels wasted.

That this is supposedly just the second in a five-part series is only greater cause for concern.

One hopes that all of the loose ends left dangling by this film will be wrapped up eventually, but considering how greatly this film is under-utilizing its lead, there’s cause for concern.

Here’s hoping that The Crimes of Grindelwald isn’t a sign of greater malfeasance still to come from this otherwise adored franchise.