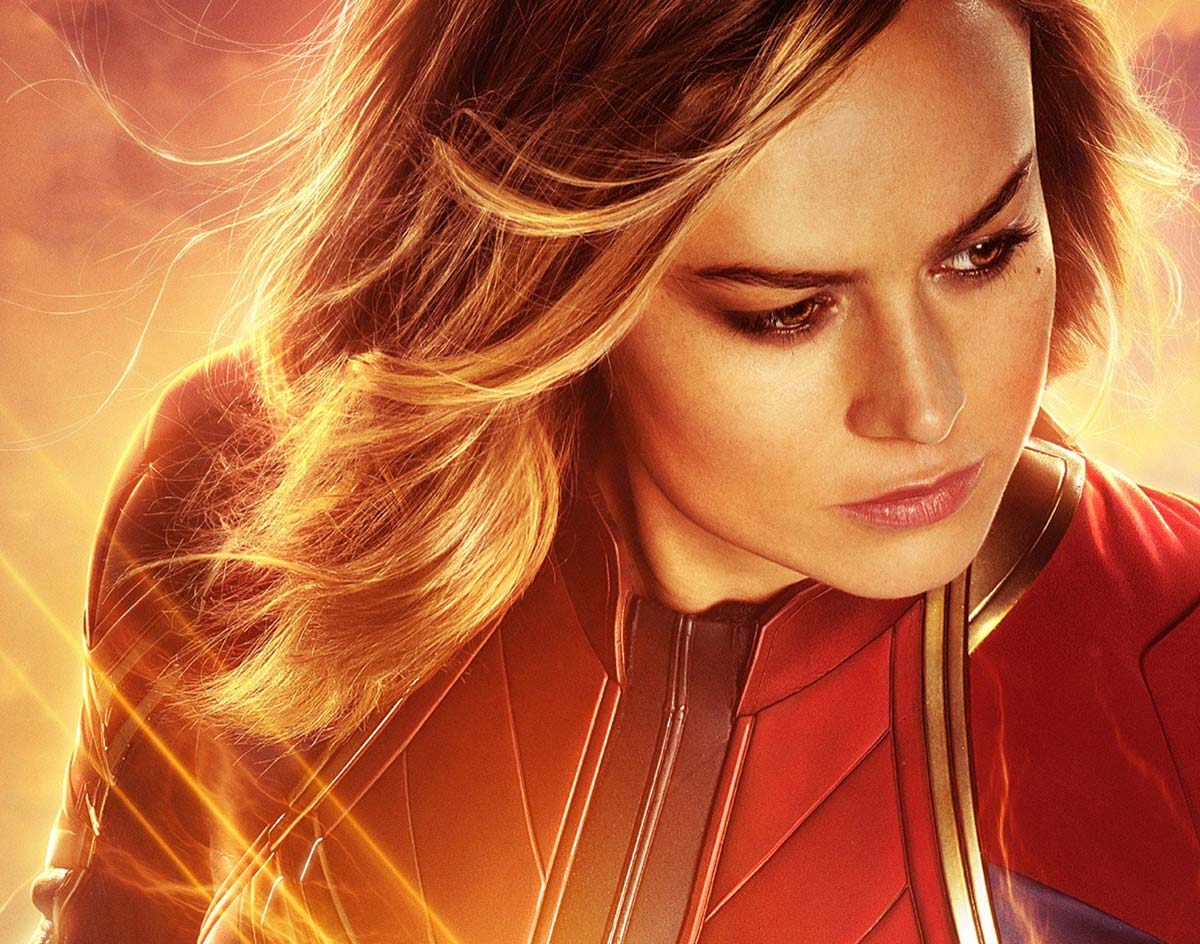 Brie Larson’s MCU Debut Flashes Some Killer Tech And A Charming Supporting Cast. But How Does Captain Marvel Compare To The MCU’s Biggest Hits?

All throughout her own movie, Carol Danvers (Brie Larson) is annoyingly lectured by her intergalactic Kree commander Yon-Rogg (Jude Law), told to control her feelings and scolded for being too emotional.

Originally presented as a lesson — as the movie goes on, these lessons’ layers are peeled back and their subjugating undertones are revealed — Yon-Rogg does have one piece of true wisdom to pass on while dispensing his casual sexism: “Humor is a distraction.”

Whether he realizes it, the Kree warrior is describing the modus operandi of the MCU, where quippy one-liners, pop culture references and surface-level humor often replaces storytelling and character development. Sometimes it works, and sometimes it doesn’t.

Unfortunately for Captain Marvel, it does not work here.

It very much feels like Disney wanted this movie to be female version of Black Panther — but that, instead, the execs forgot the lessons learned by hiring James Gunn, Ryan Coogler and Taika Waititi, whose unique styles and tendencies made their respective movies hits beyond simply existing in the MCU.

Set in 1995, the MCU’s first female-driven arc follows Carol Danvers — or Vers, as her Kree compatriots call her — as she goes on a mission to stop the shape-shifting and nefarious Skrulls from intercepting an undercover intelligence agent. This eventually leads her back to earth, where you can see such hilarious callbacks such as Blockbuster Video, Radio Shack and some egregious era-specific music usage.

The main plot itself is essentially about Carol being gaslighted — a very real and dangerous type of abuse — and our hero trying to overcome that trauma and embracing what makes her great.

There’s also an immigrant refugee subplot, which was surprising to see at first.

The biggest problem with Captain Marvel, though, is that it spends so much of its time revolving around a mystery that the audience can easily figure out. This leaves the Big Ideas the movie is trying to convey feeling so thin that, at least in the case of the refugee plot, feels borderline offensive.

Directing duo Anna Boden and Ryan Fleck seem to have been ground down by producer notes here, as this movie just has no stylistic flare. The typically humanistic directors instead deliver a movie filled with bland and unexciting camera work. The action scenes are particularly clunky too, with the first battle scene being hard to follow in terms of plot and action alike. Worse, you don’t understand character motivations or where the characters are at any given point in relation to each other or, frankly, why there’s a sandstorm in the middle of a battle. The confusing action scenes continue on throughout the rest of the movie.

Brie Larson’s performance, much like the movie at large, is a bit awkward. There are times where the actor looks uncomfortable standing around in her superhero costume or interacting with other characters. It’s only towards the end that she seems to open up. It’s either a so-so performance by one of the best actors in this generation, or a bad intentional move meant to try and show that Carol is only truly comfortable with herself after she embraces who she really is. (The latter feels like a stretch.)

But all is not lost! The entire supporting cast breathes life into the movie. Here, we meet a younger, less-paranoid Nick Fury (Samuel L. Jackson), who gets roped in to what is his first alien invasion. It’s jarring to see how relatively humorous the stern spy we know used to be. Kinda makes you wonder what happened in the 15 years that went down between this film and his next MCU chronology appearance in Iron Man! Additionally, Lashana Lynch’s Maria Rambeau (Carol’s best friend) is very much up to her task of handling some of the movie’s biggest emotional moments and action scenes. Ben Mendelsohn is great too, as the seemingly villainous Skrull commander Talos, and able to rise well above the typical bad guy roles he’s been given by Disney. And, of course, there is Goose, the plucky cat that loves up on Nick Fury and Carol for the last half of the movie and steals the scenes any time he’s on screen.

Also, it has to be said: The de-aging effects used on Nick Fury are so good, you’ll think you’re watching Samuel L. Jackson in Die Hard 3 or The Long Kiss Goodnight. like, it is so good, it feels like we are mere years away from a new movie starring a Marilyn Monroe facsimile, ushering what should prove to be a rather dystopian phase of filmmaking.

For now, that tech appears to still be fairly expensive, to the point that the rest of this movie’s visuals all look cheaper than usual. Greg Clark’s young Agent Coulson looks like a Madame Tussaud’s reject. Everything else — from Skrull effects to the space battles — all seem to suffer, looking like video game cut scenes.

Ultimately, though, all of that matters is whether, like Wonder Woman before it, the importance of representation will make this movie a surefire hit. For a large portion of the audience, the thrill of seeing a female superhero onscreen is indeed paramount. The thrill of seeing oneself and our experiences represented in media is as universal as it is personal; this is both both exciting and a sad testament to inequality still plaguing us.

It’ll be interesting to see what comes next for Captain Marvel after Infinity War: Endgame. With this movie, we’ve been introduced to a character that’s basically the analogue of Superman in terms of powers within the MCU.

Even if her debut was uneven, a bright future still feels like it can happen for this captain.