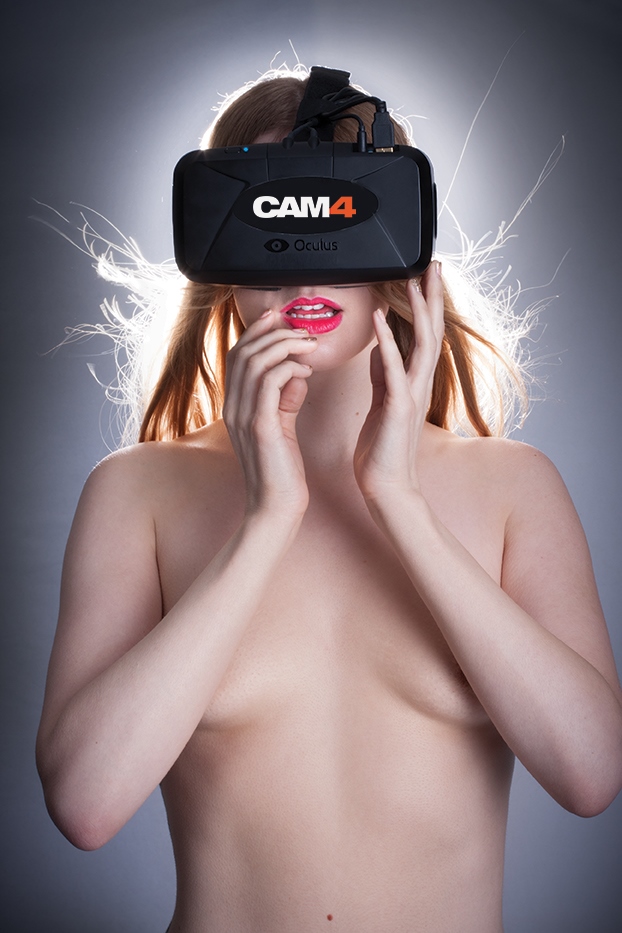 As it turns out, an ex-Denton resident is one of the biggest voices leading the charge.

Like the VCR and digital camera before it, the creation of VR technology is being driven by consumers that see its potential to watch people touch each other’s junk. But Darling is a respected voice in the VR space beyond just her involvement in creating the first pornographic holograms. When we recently caught up with her, she had just finished speaking in front of representatives from over 100 VR companies at the Silicon Valley Virtual Reality Conference in San Jose, the largest professional event for the virtual reality industry.

What did you end up doing with your library degree?
Well, I became the associate director of the library right after grad school. I was head of reference. I was in charge of a big teen services grant, and also a big health grant. It was pretty cool. It was actually a really great opportunity. They tell you to wait at least six months before you get a job, but a month later, I was in charge of this library, and it was great. I liked it, but I graduated early twice, so I was only 21 when I got my master’s degree, and 22 when I started working at the library. It was the job that I thought I wanted to do for the rest of my life, but I didn’t want the rest of my life to start when I was 22. So I started doing fetish modeling, and I realized that I made more in an hour doing fetish modeling than I would in a day as a librarian — which you have to have a master’s, y’know. I started doing a little more of that. I decided to move to L.A. and do that kind of work full-time while I still had the opportunity. And that’s how I got into porn.

Do you think the library thing is something you’ll go back to someday?
Not professionally. I would love to volunteer at a local library once I have more free time to do so. I’m pretty heavily revered in the tech world now.

Is anybody else out there doing anything like this?
We were definitely the first. There’s another company that came in and did the same green screen technique that we abandoned. I don’t know if they’ve really made much progress; I don’t hear much from them. There’s one company that does 360 2-D, which is easier to do but, like I said, consumers don’t respond well if it’s not in 3-D. So we’ve watched a couple other people crop up in the live field, but nobody else is taking the technique we’re using. We actually patented the approach we’re doing, so they kind of can’t. We’re about to soft launch in a few weeks, which will be with performers that are available in a free chat, where you just tip performers to see them do whatever. Shortly after that, we’ll move to doing private shows. Then probably the next wave — it’s already possible, we just need more software — we’ll make it widely available where performers can record their performance using the 3-D 360 capture and sell the 3-D 360 porn themselves. It empowers performers to create their own content and own their own content. It’s big. As it stands now, if you’re a performer and you want to do VR porn, you take a day rate from whoever is willing to hire you, you leave and that’s it. A lot of performers are realizing that owning your own content, or creating your own content, is very important to stay relevant and to stay successful in this industry. We’re trying to make that a possibility for people without having to spend a bunch of money on a giant camera array and learn complicated stitching software and everything involved in that.

Finally, I don’t know how much you’ve been keeping up with what’s going on with the Exxxotica Expo in Dallas, but basically the City of Dallas told them they couldn’t put their event in the convention center, and then they sued for discrimination, and now the city is spending $4,000 a day on lawyers to figure out a way to legally get away with telling these people they can’t come here. What’s your take on what’s going on with that situation?
I’ve definitely heard about it. It sounds like there’s some complexities and nuances in the lawsuit that I can’t speak intelligently about, but I think, from what I hear, they’re trying to find an excuse to prevent Exxxotica from having a show there. What I hear from performers, though, is that it was fucking atrocious [last year]. The people who were protesting it were absolutely horrible to them. There were people that told them that they deserved to be raped and that they and their families [should] die. The people were fucking vicious. The people who were critical and were protesting it were really nasty. Some women got groped — a lot of the time, when you go to an adult convention, you get groped because people are fucking animals and they don’t respect boundaries sometimes. They don’t see you as a human sometimes. This was particularly bad and, from what I heard, a lot of people didn’t even make money on it. I sure hope that they are allowed to have Exxxotica there just for the sake of free speech. But I also hope that, if they do, there will be a little bit more attention paid to security and making sure that this is a safe space, because the things I heard from performers about the way people were treating them were appalling. When I was a librarian, [I learned that] if you have an open space, anybody can go there. It isn’t just the people that you like. It isn’t just the organizations you think are great. If you have a community space in the library, if the fucking KKK wants to come in and have a public meeting there, as long as they follow the same rules as everybody else, you kind of have to let them — whether you like it or not. Because that’s the nature of free speech. The reason we have this excellent society that we live in is because everybody has the right to express themselves. When it comes to a public space like that, I think they need to stick to the same rules. Fuck, I’m at a convention center in San Jose, California right now, and I just had a talk about VR porn. I’m given the same respect and the same voice as all these other professionals in the VR industry. And I think that’s how it should be. It’s legal work. We pay taxes.