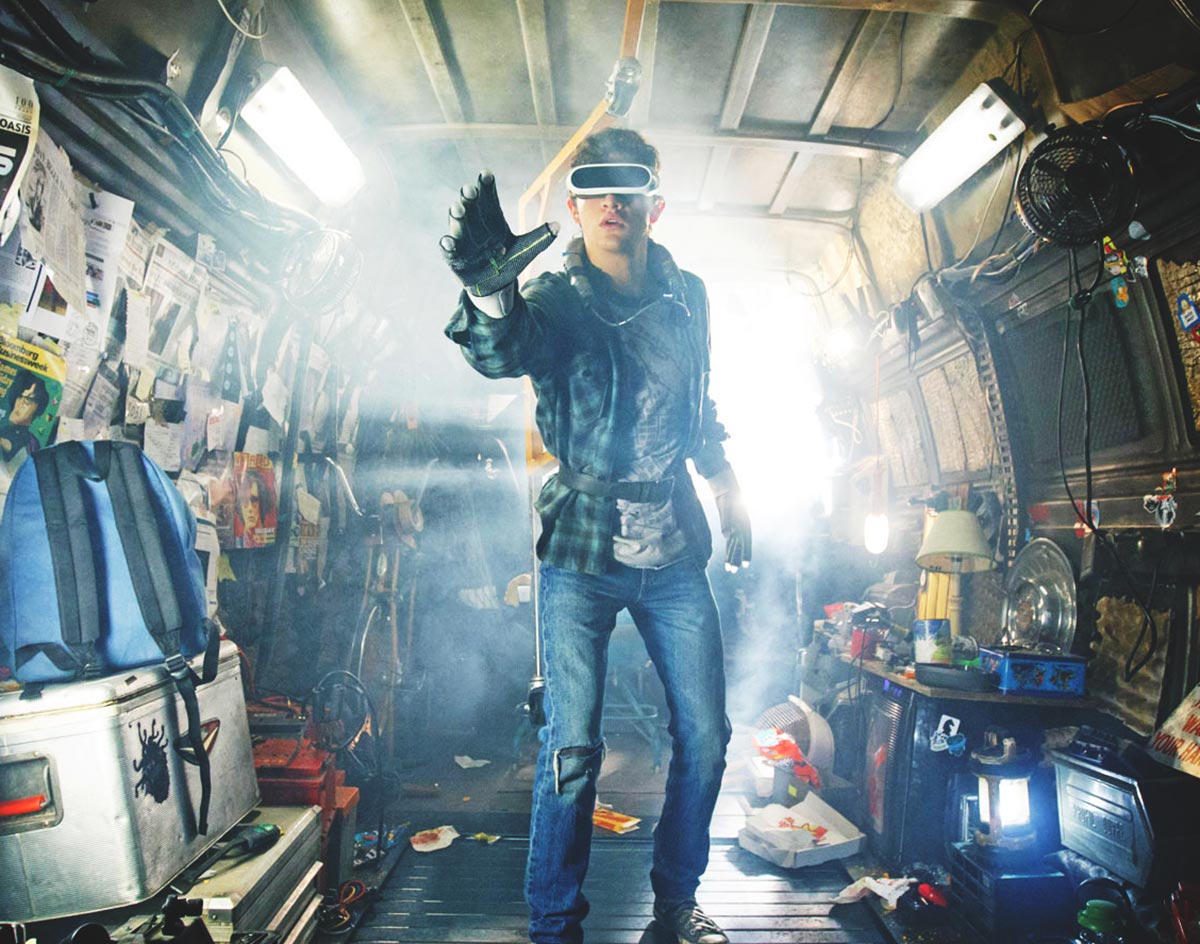 Even In Spielberg’s Hands, Ready Player One Still Manages To Represent Everything Cringe-Worthy About Society’s Obsession With Pop Culture.

A couple years ago, if someone had told you that Steven Spielberg — y’know, he of Indiana Jones: Kingdom of the Crystal Skull fame — would be directing the film adaptation of Ernest Cline’s pop culture reference-filled Ready Player One novel, you would’ve thought it was a joke.

Why would Spielberg, who created the summer blockbuster with Jaws, pushed the boundaries of visual storytelling with E.T. and Jurassic Park, and helmed a number of thought-provoking Oscar winners, take on a project whose source material has been panned by critics as empty nostalgia fodder?

Perhaps it’s because, what with all of his experience in creating the kind of entertainment that Cline’s novel so worships, he’s the only one who could possibly elevate the material to something great.

Or so one would think.

Clocking in at an excruciating 2 hours and 20 minutes, Ready Player One is Spielberg’s worst movie in a long time. Turns out, the farting corgis in The BFG were not the man’s low point after all!

In its vaguely defined dystopian setting of the year 2045, everyone in Ready Player One regularly logs onto an advanced version of the internet called The Oasis, where people basically turn themselves into antiquated pop culture-referencing avatars to do… well, something that isn’t explained very well. The point is that the real world is so bad — again, for vague reasons — that people enter The Oasis as an escape.

If they want, users can spend their time in the Oasis chasing down a literal Easter Egg left hidden in the system by the deceased mastermind who created the whole shebang — so futile an exercise in recalling obscure nerd references and details specific to that creator’s personal life that few even bother. But the prize that comes with that Easter Egg is enticing: Its eventual owner will inherit all of the Oasis creator’s stock in his company, along with complete control of the virtual world.

Those who vie for this prize are both regular people who call themselves “egg hunters” (or “gunthers” for short) and the evil Innovative Online Industries that hopes to use its eventual and seemingly inevitable control of The Oasis for capitalistic gains. Ready Player One‘s  protagonist, Wade Watts (Tye Sheridan), is among the former set. He hopes to claim the prize because he hates the real world and loves the pure escape from it that The Oasis provides. And, to be sure, he’s better suited than most for the task because he is so creepily obsessed with every minute detail of the dead Oasis creator’s life.

Along with pals both already had and picked up along the way, Wade races to possess the film’s maguffin, and the audience is supposed to root for him along the way, nevermind the glaring contradictions that fill the narrative.

Audiences are to disregard the fact that one message of the film is that pop culture is meant to be enjoyed and not to be profited from when, as a major Hollywood release, that’s exactly what this film is hoping to do. They are to not mind the fact that the film glorifies pop culture obsessions while attempting to teach its audiences the lesson — through very empty gestures — that real life is where the truly good stuff is. And they are to ignore the fact that another major message Wade and his pals must accept in order to win their game — that having fun is more important that winning — is antithesis to their grasp for glory.

Ready Player One, like the culture obsessives to whom it panders, is sorely lacking in the self-awareness department. One would think that a movie so filled with Ninja Turtles, Gundams and Halo dudes would be a perfect opportunity to explore the tenuous relationships between the corporate interests that bring popular culture to the masses and the people who consume it. Instead, Ready Player One is content to allow those references to carry the bulk of this film’s weight on their own.

In the film’s defense, the gratuitous references work better on the screen than they do on the page, as it’s less taxing to just see that Wade’s car is a mix of Back To The Future‘s DeLorean DMC-12 and Knight Rider‘s KITT than to have to read every excruciating detail explaining it.

Other positives of the film include: Mark Rylance’s incredible performance as The Oasis’ creator — the man can disappear into a role with an ease and comfort that few others can match — and The Oasis itself, which seamlessly blends live-action and CGI in some genuinely interesting and unexpected ways.

Too bad those positives are drowned out by other missteps. At one point, Ready Player One‘s already male-heavy gaze tells one of its female characters — a manic pixie dream girl stereotype if ever there were one — that her insecurities are only as valid as her male counterparts accept them to be. Later, Wade rebels against his antagonist by saying that, “A fanboy knows a hater when he sees one,” which reads as a bit of a gross pander to the type of people whose entire existence is defined by their interest in pop culture — and, even more so, by those who disagree with their opinions, particularly women.

Ultimately, Ready Player One feels like a vapid salute to a kind of lazy pop culture consumption that now feels antiquated. It’s a shame, really, that this is the film with which Spielberg decided to take his break from Oscar bait.