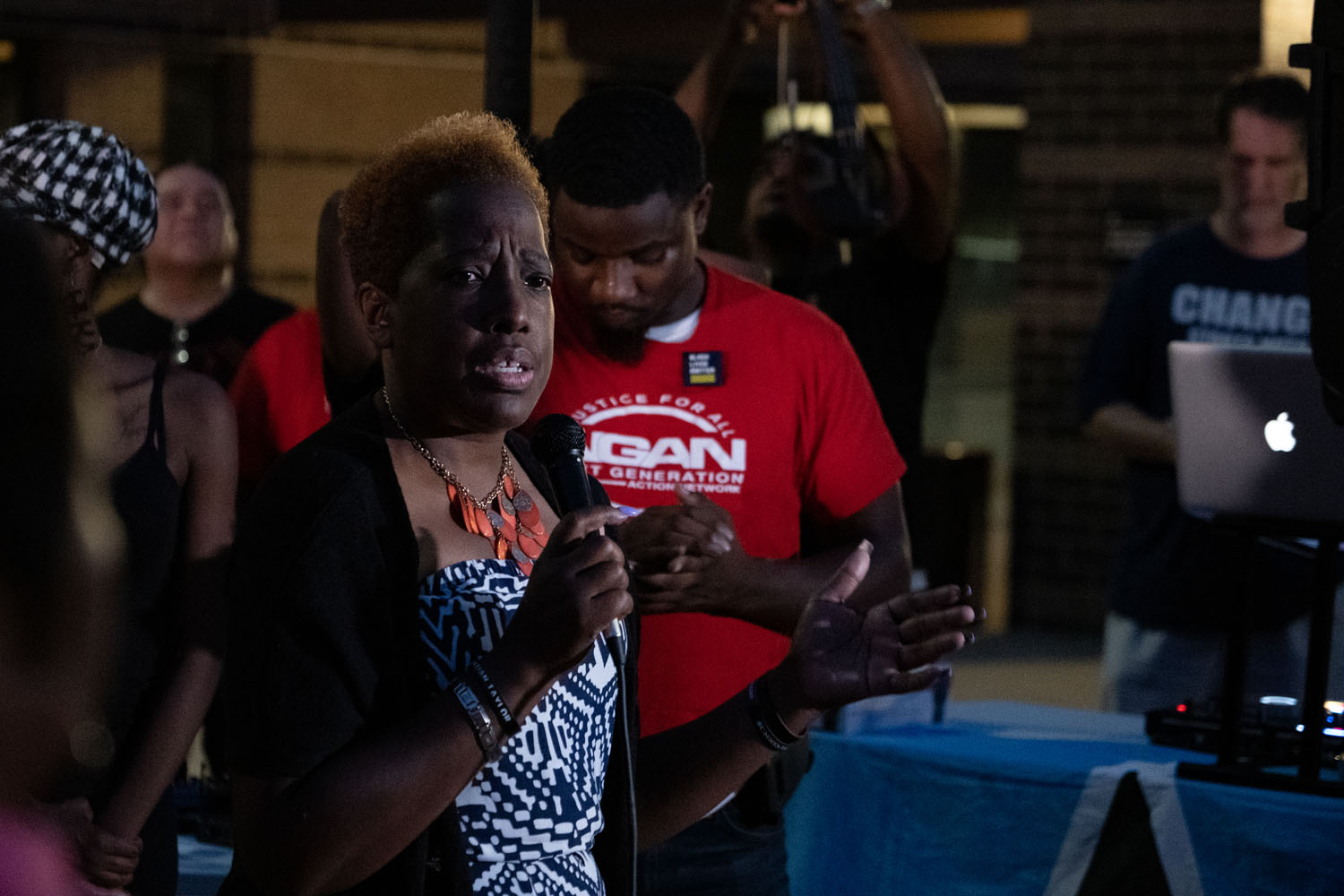 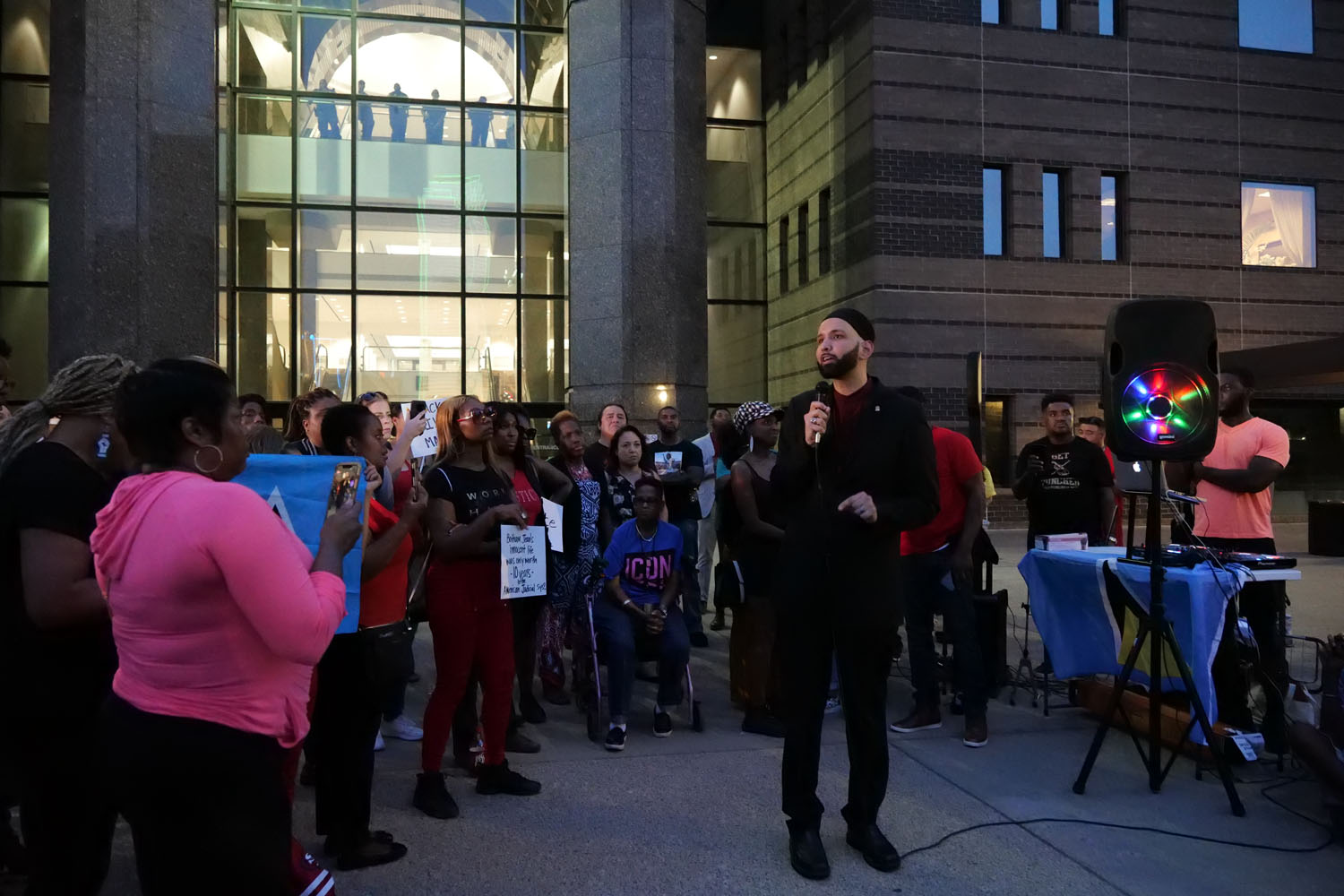 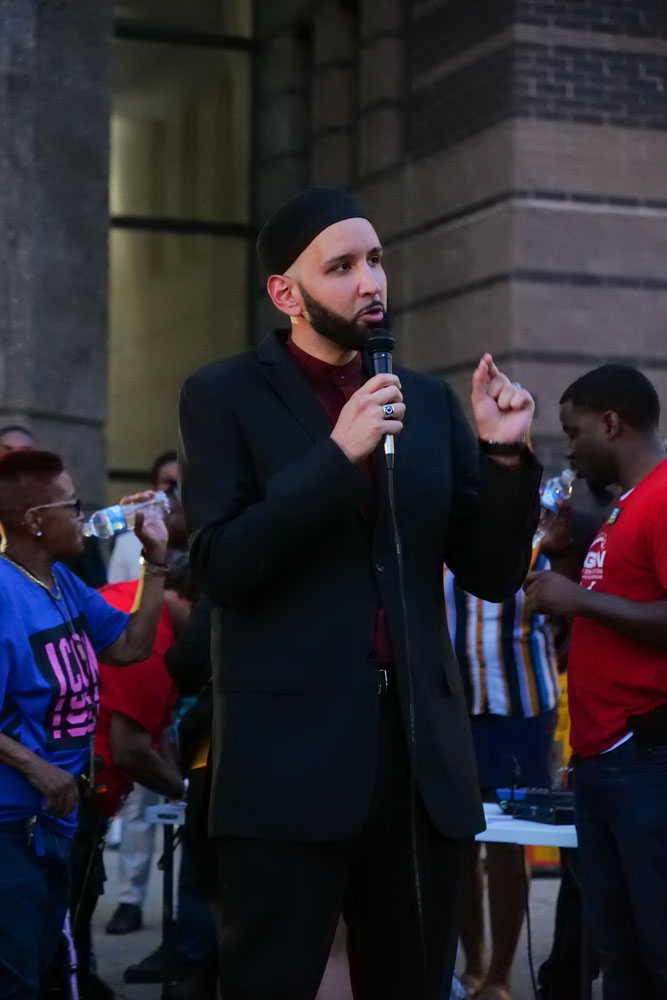 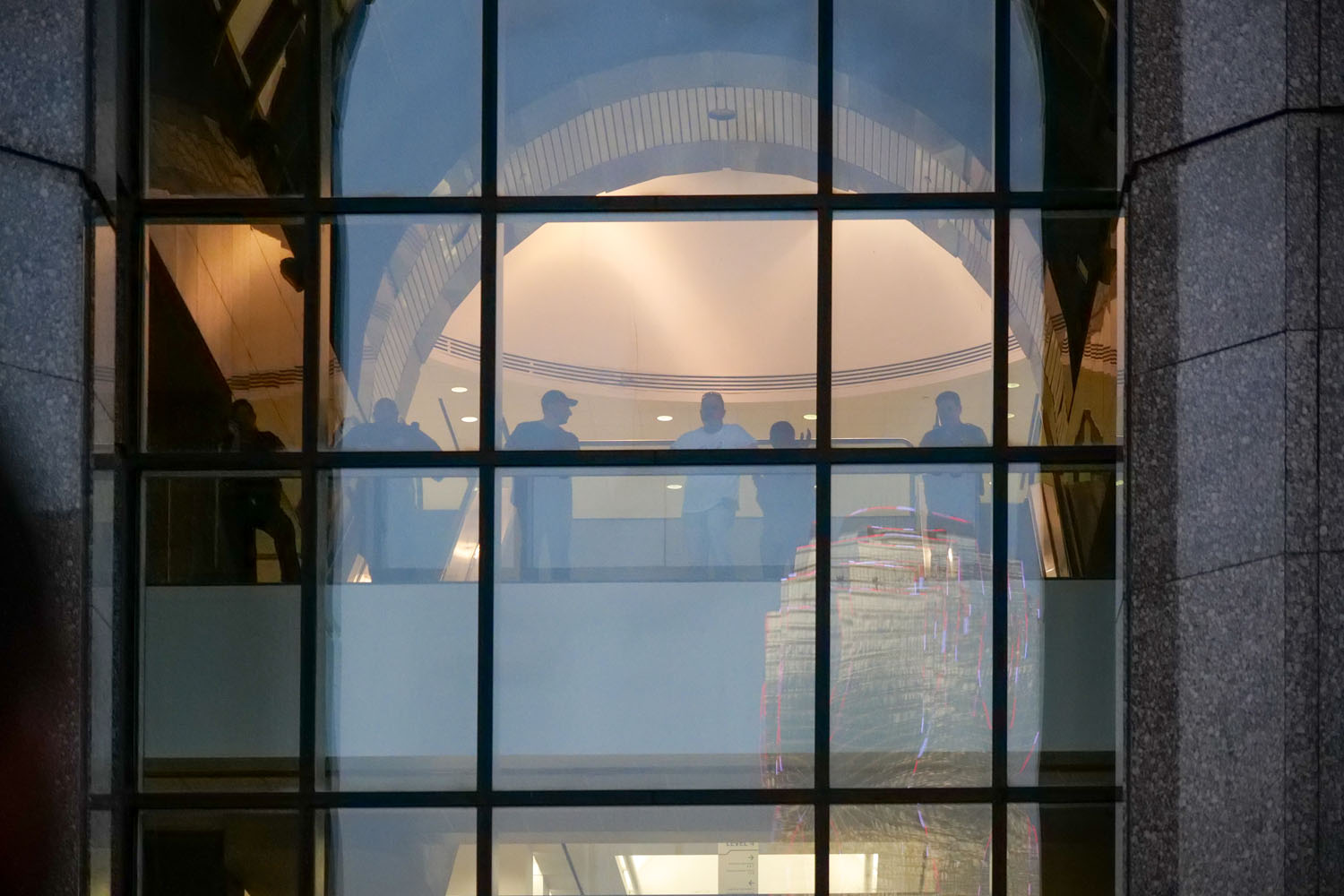 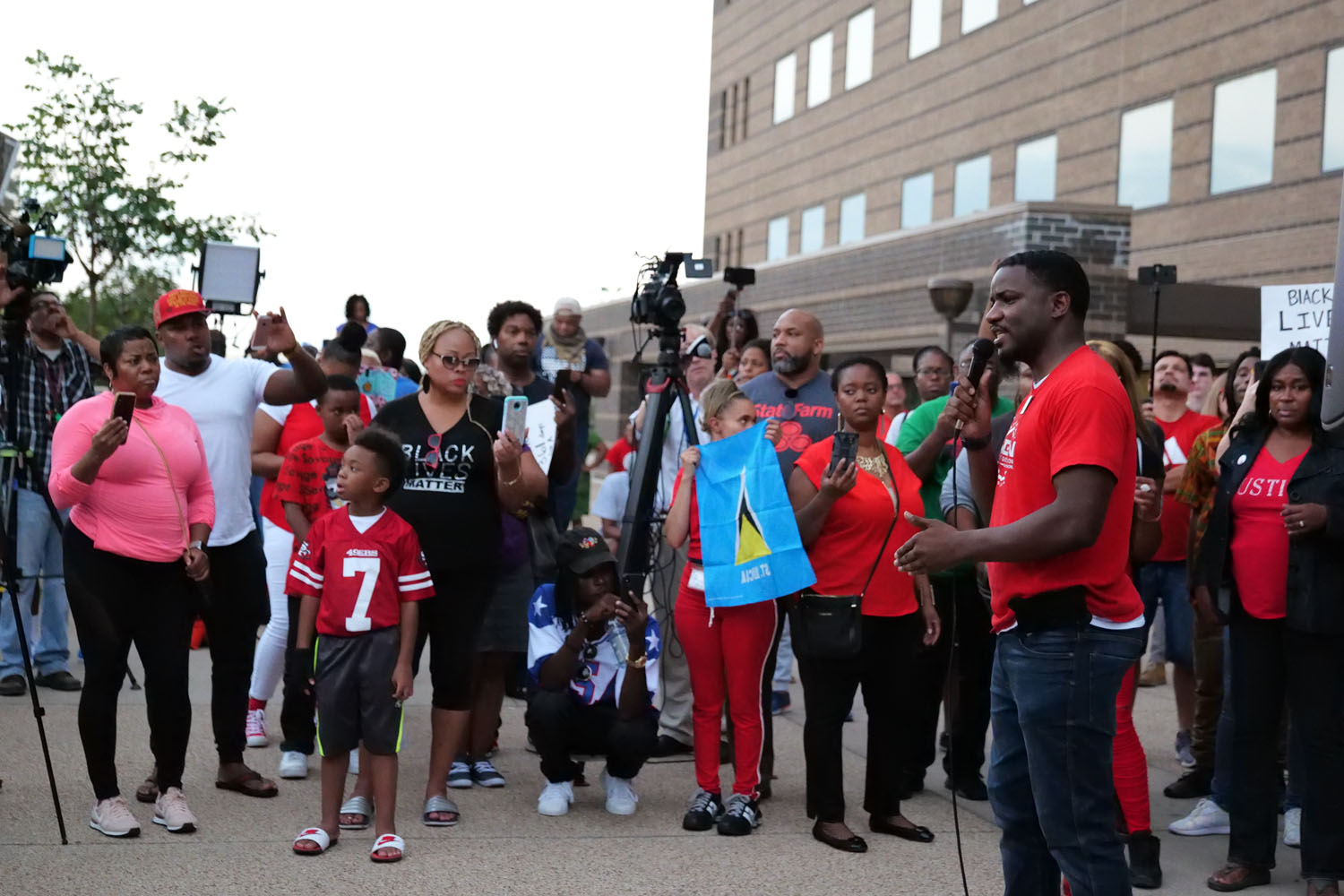 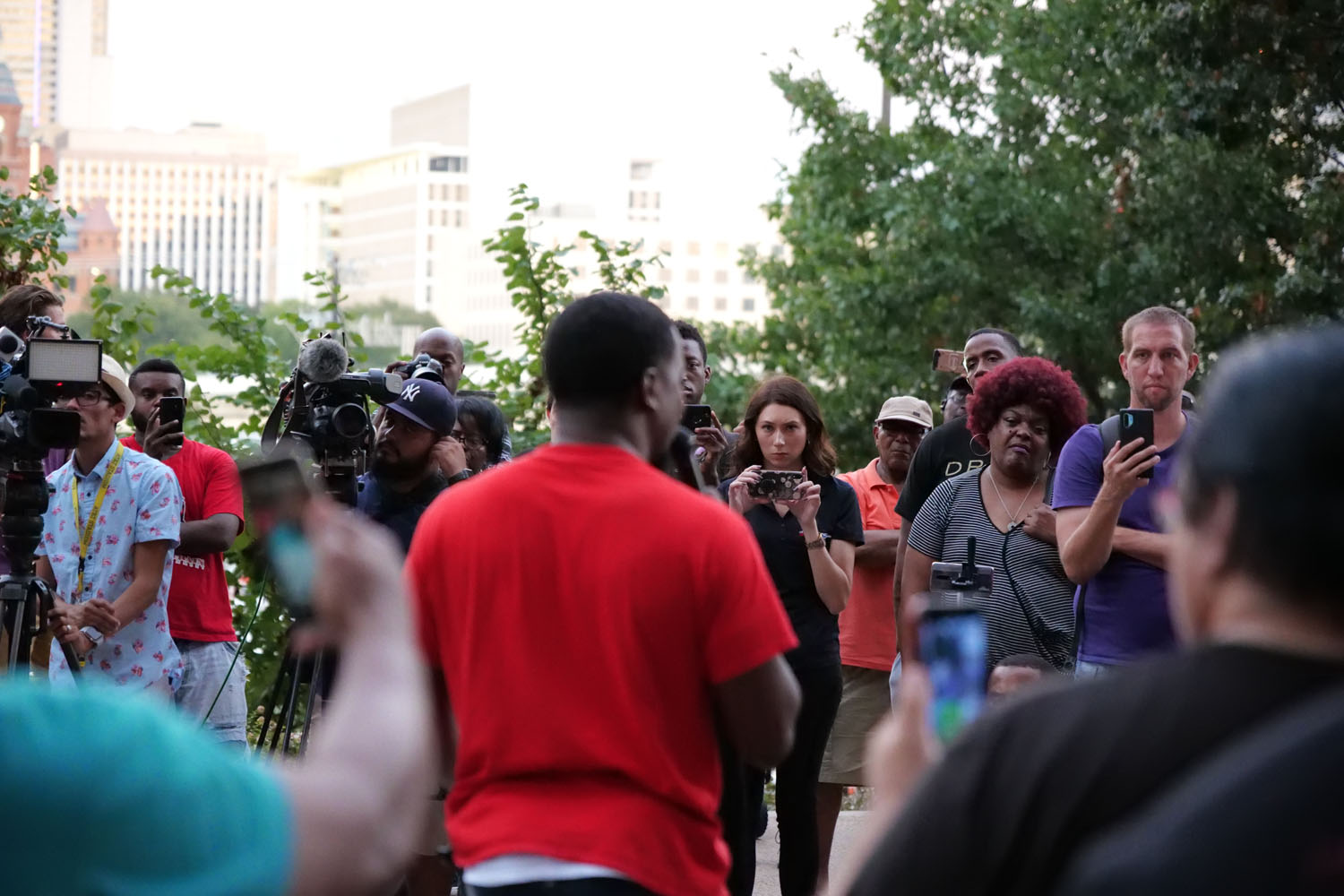 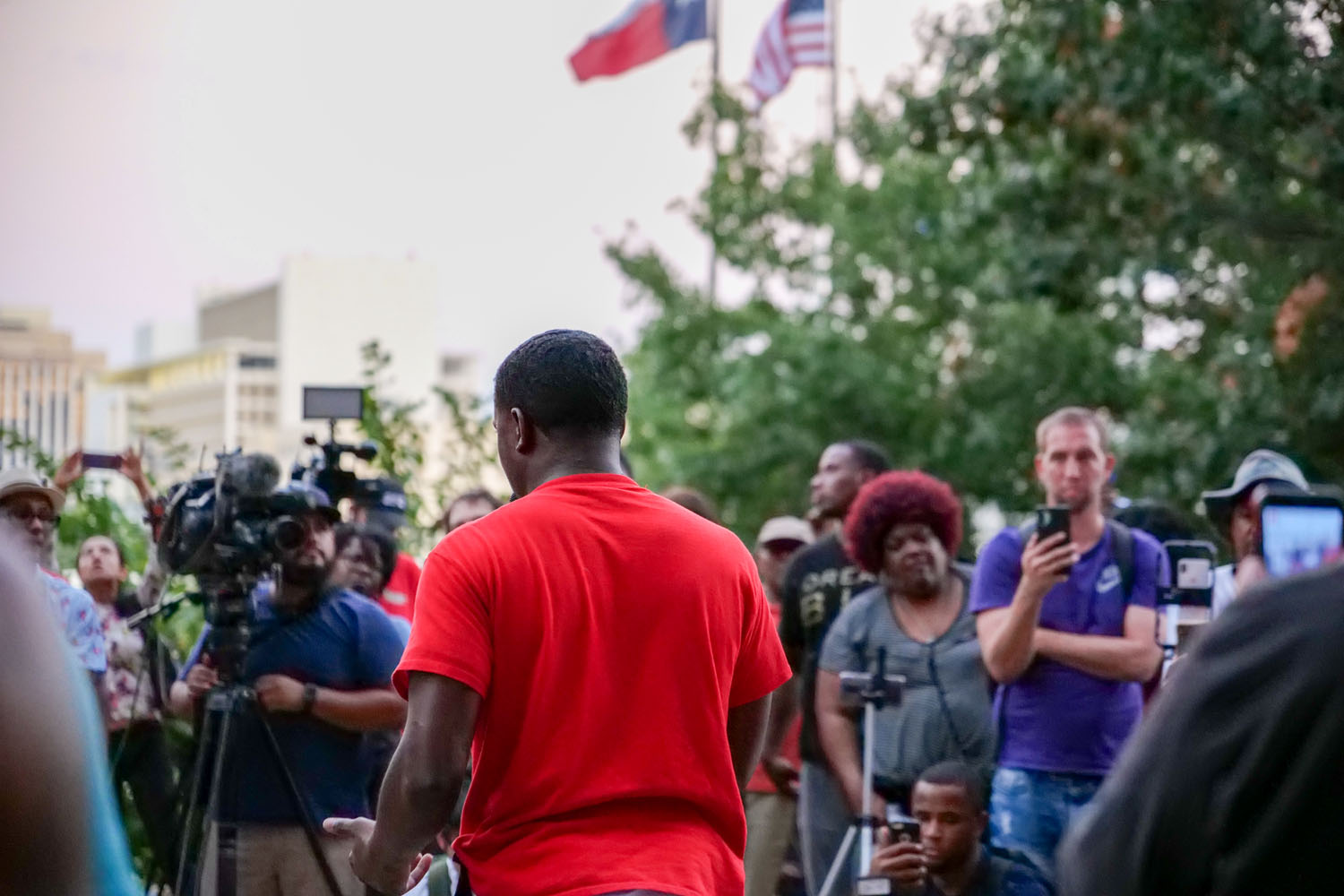 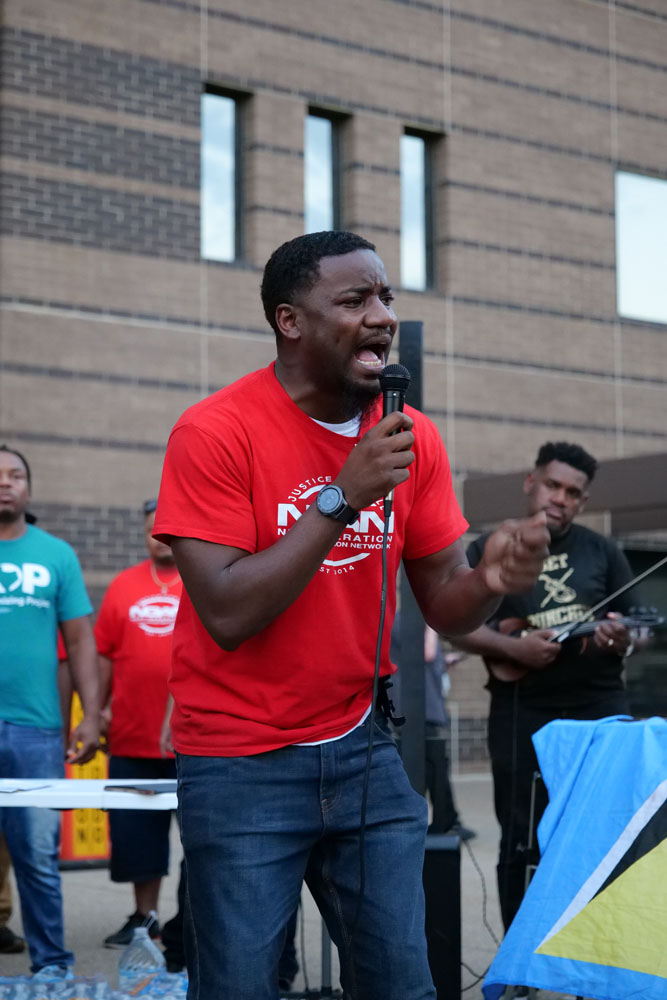 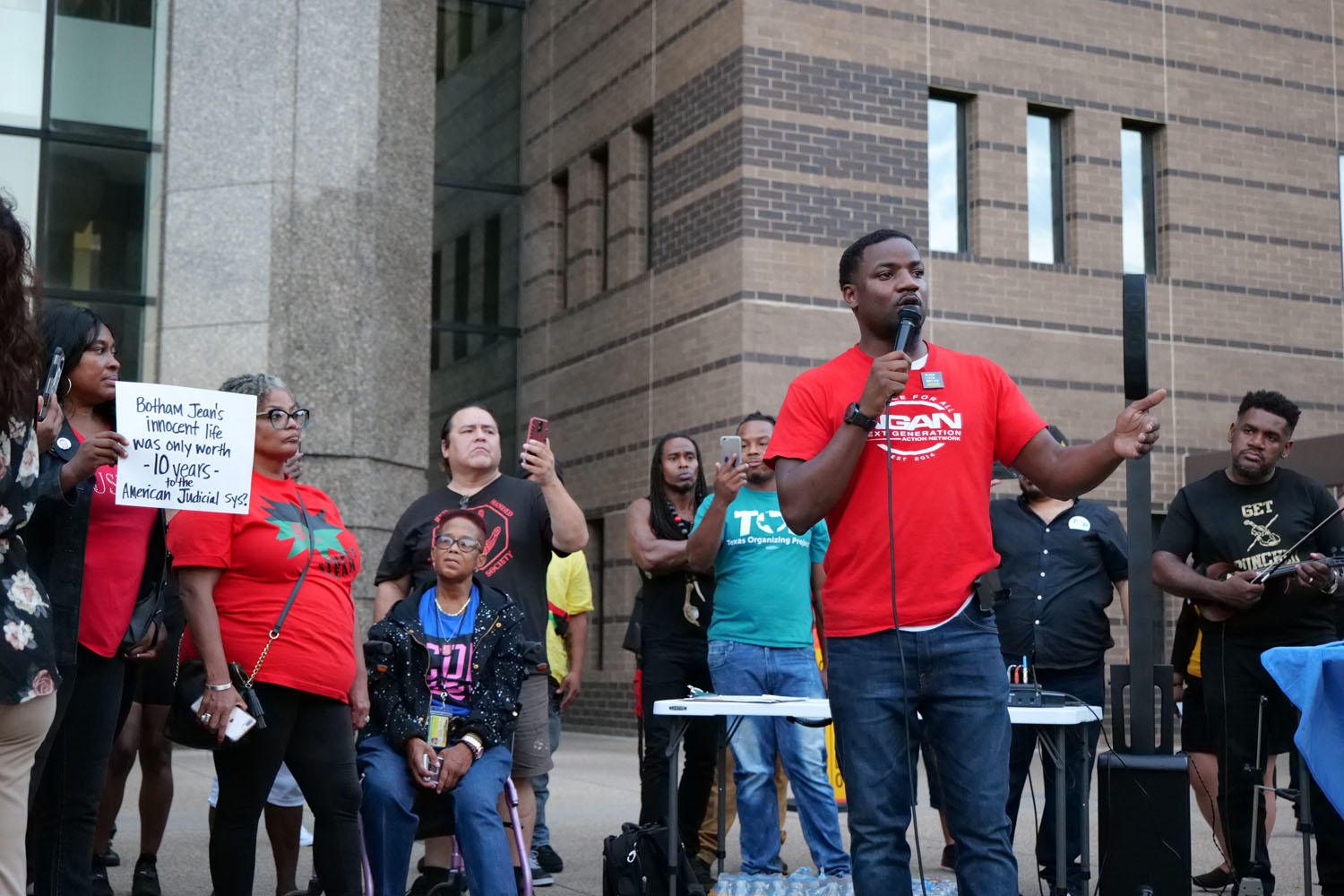 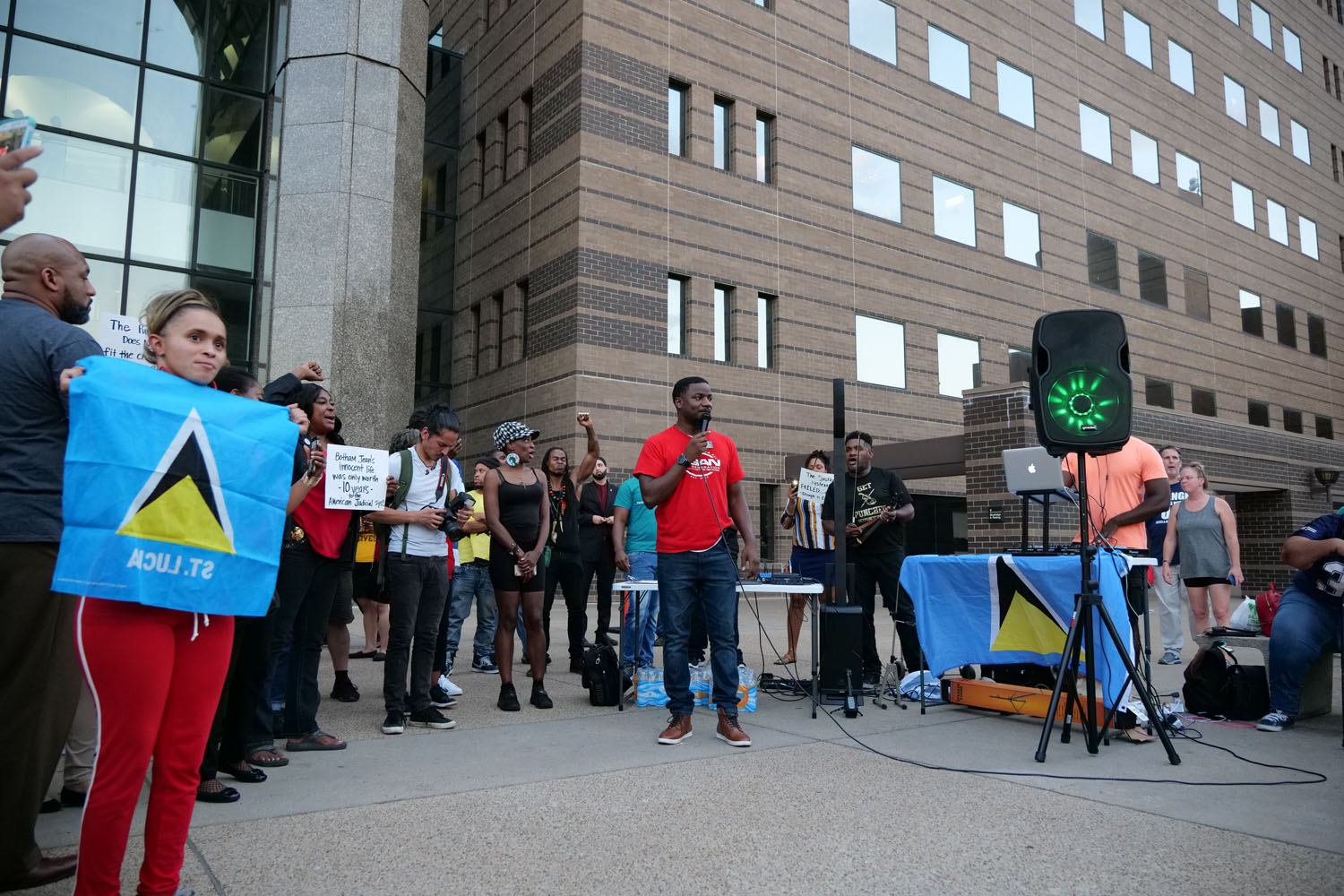 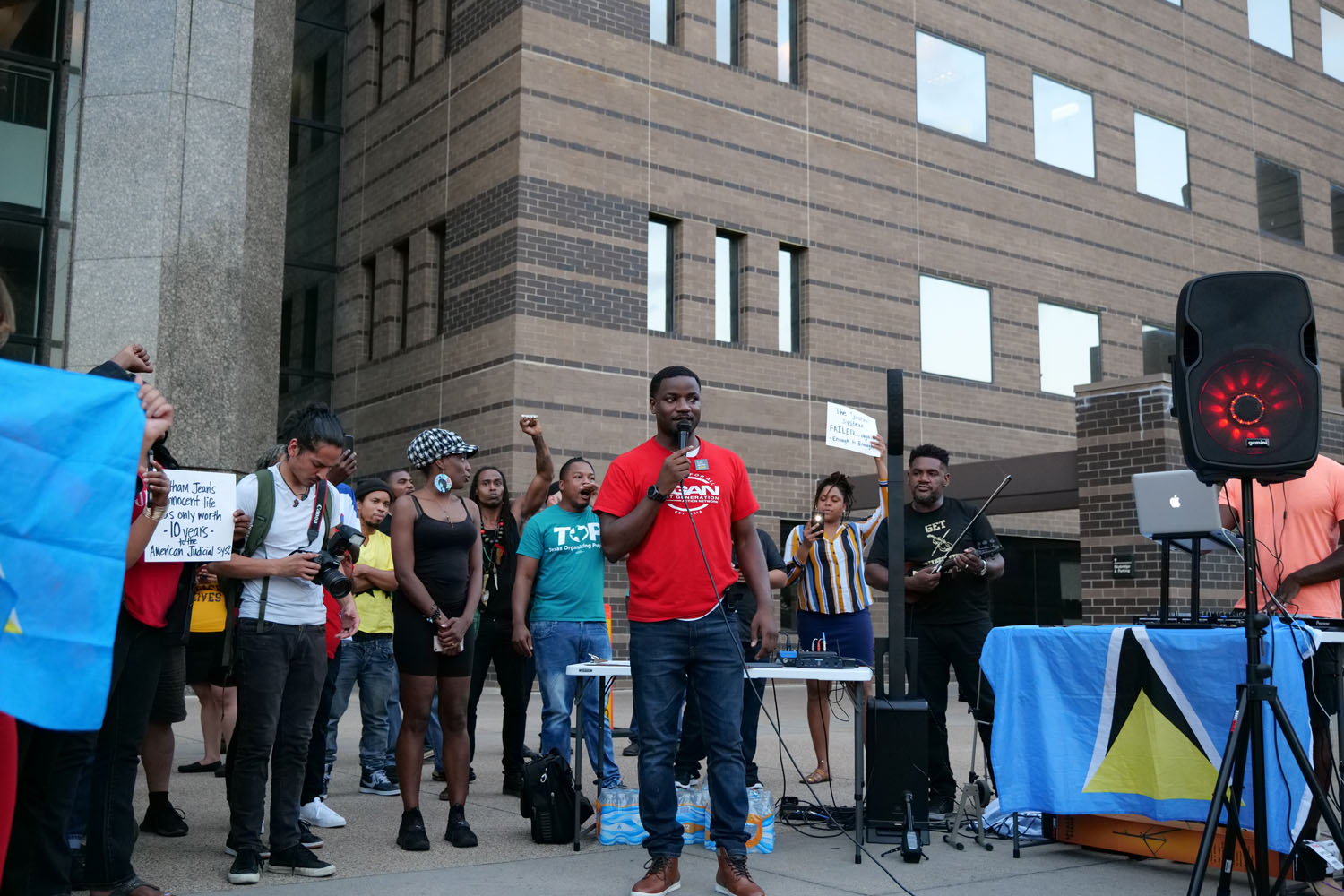 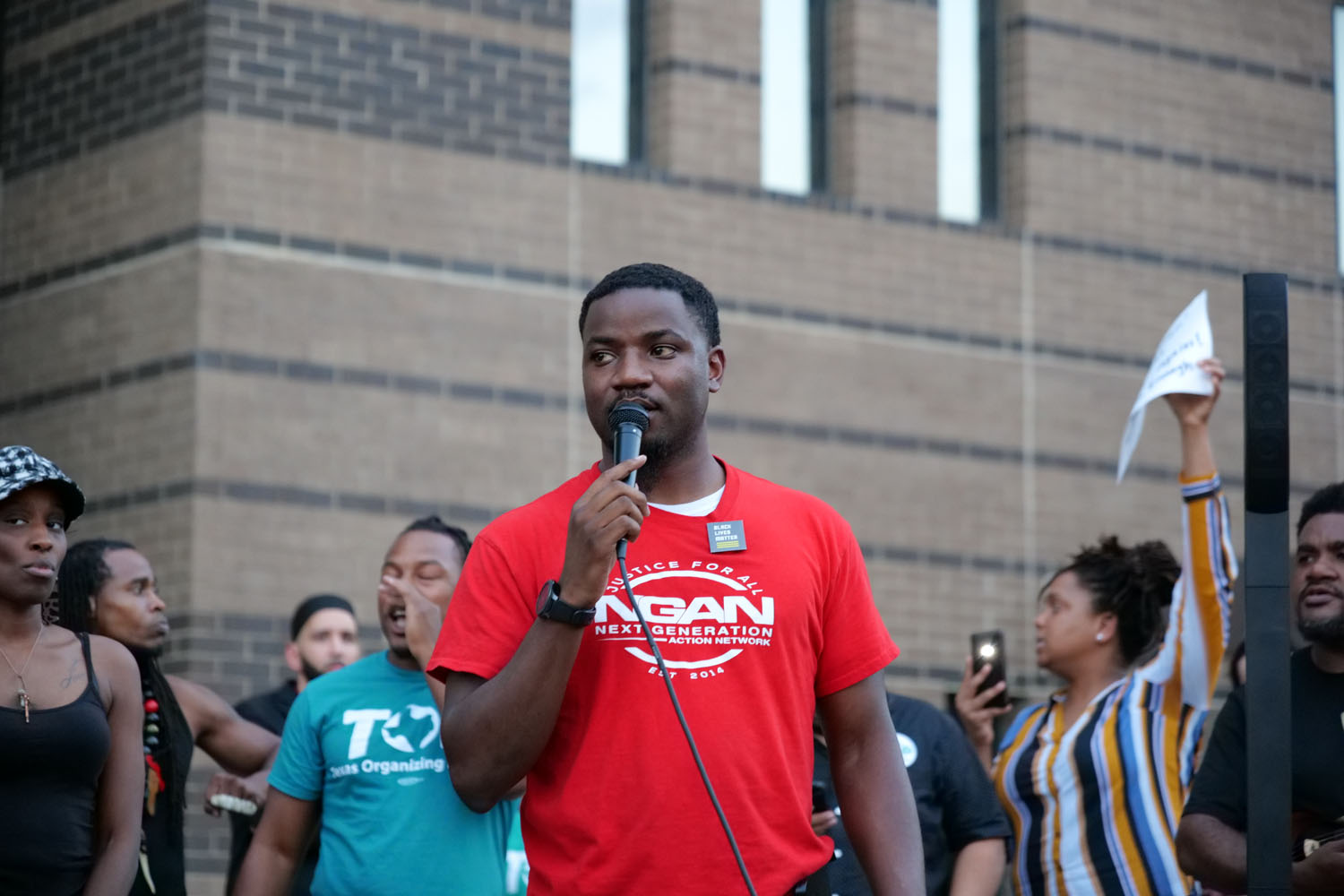 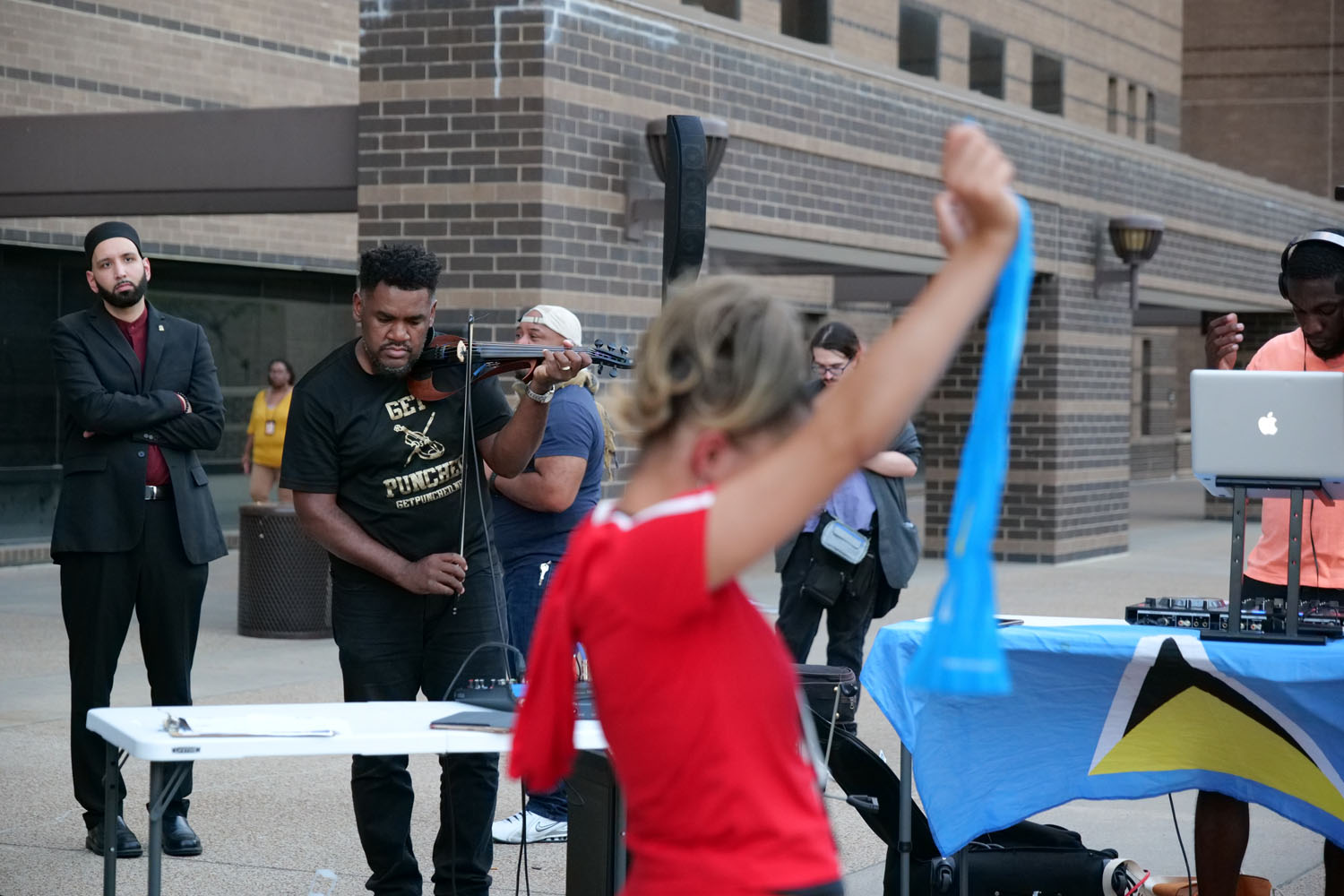 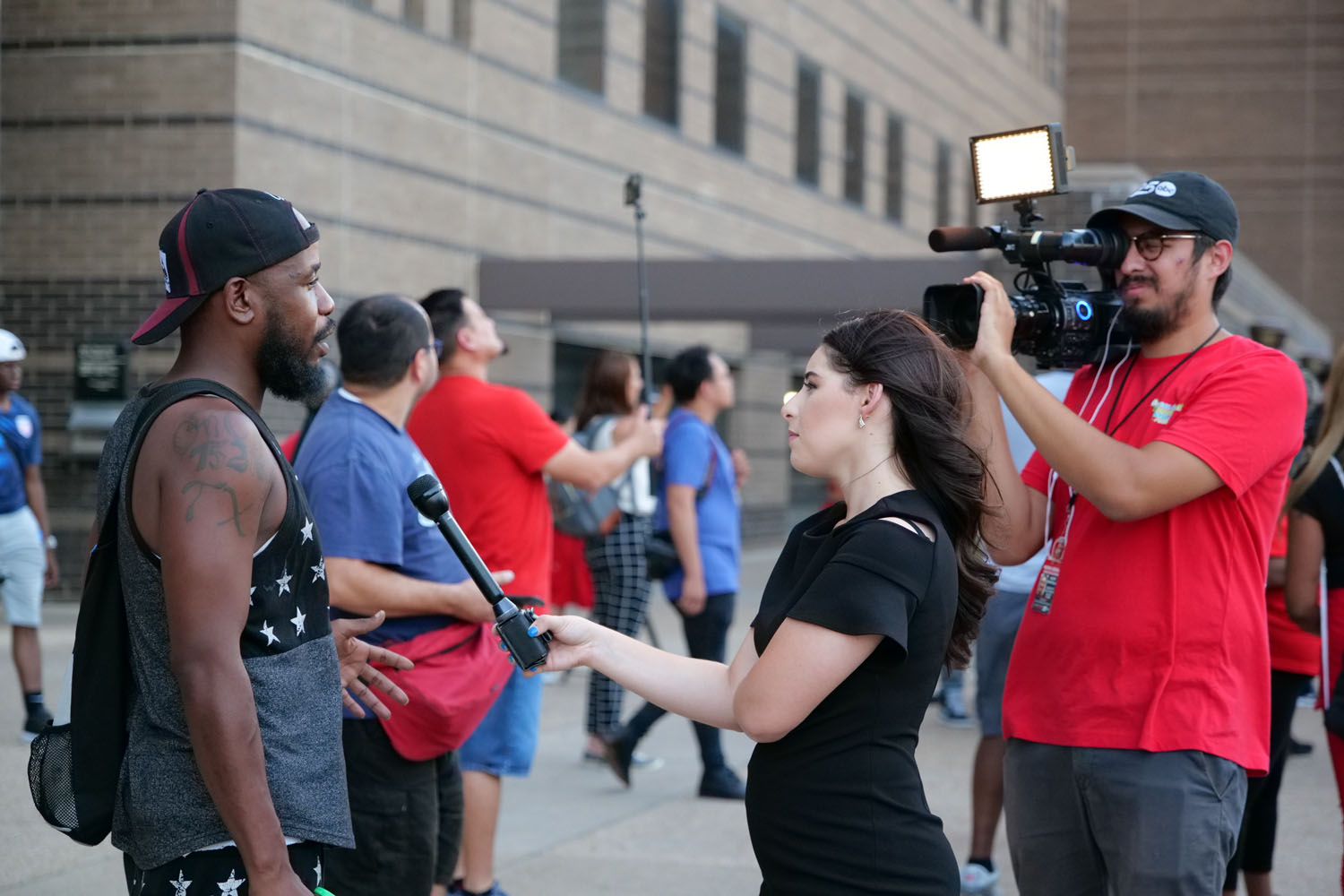 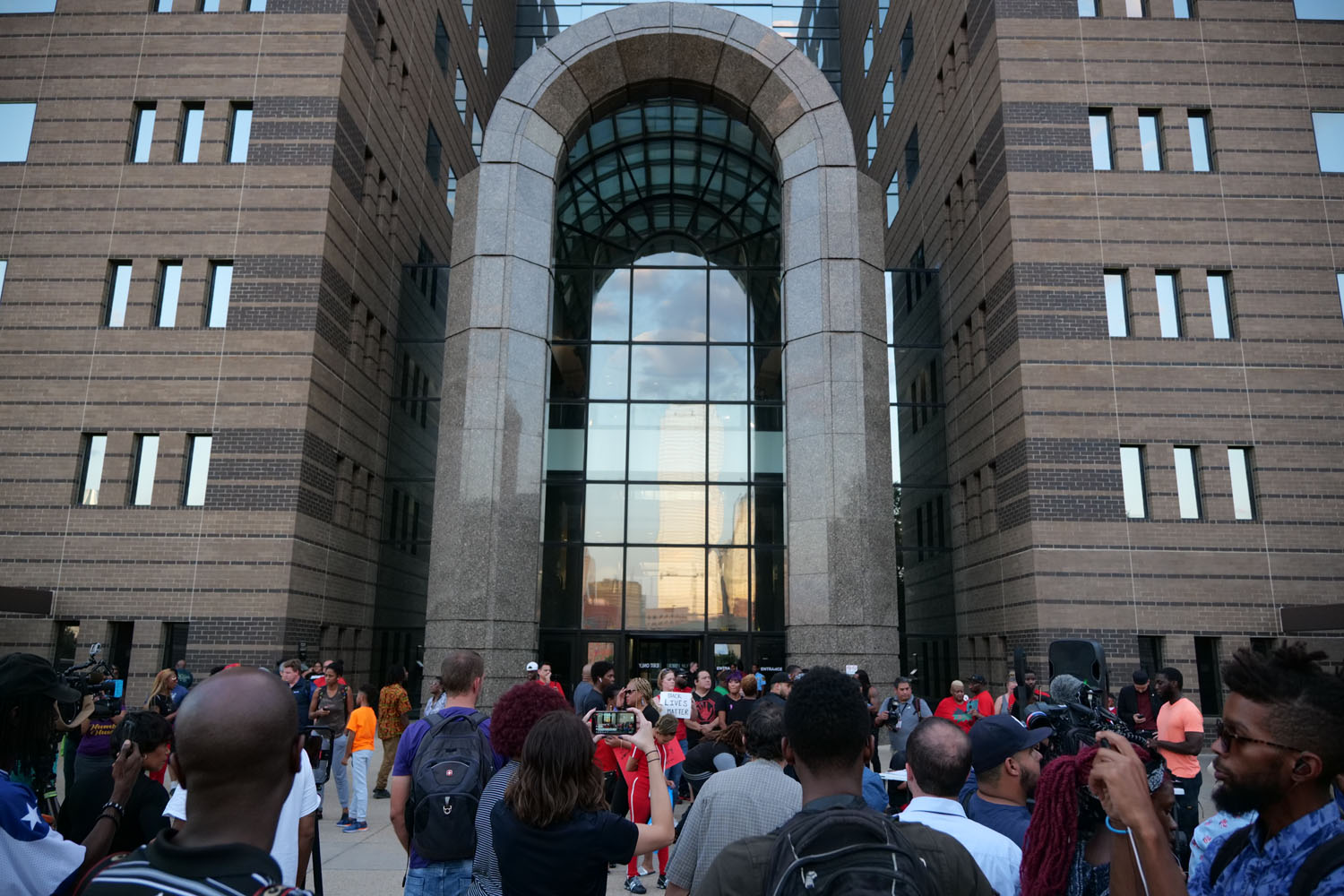 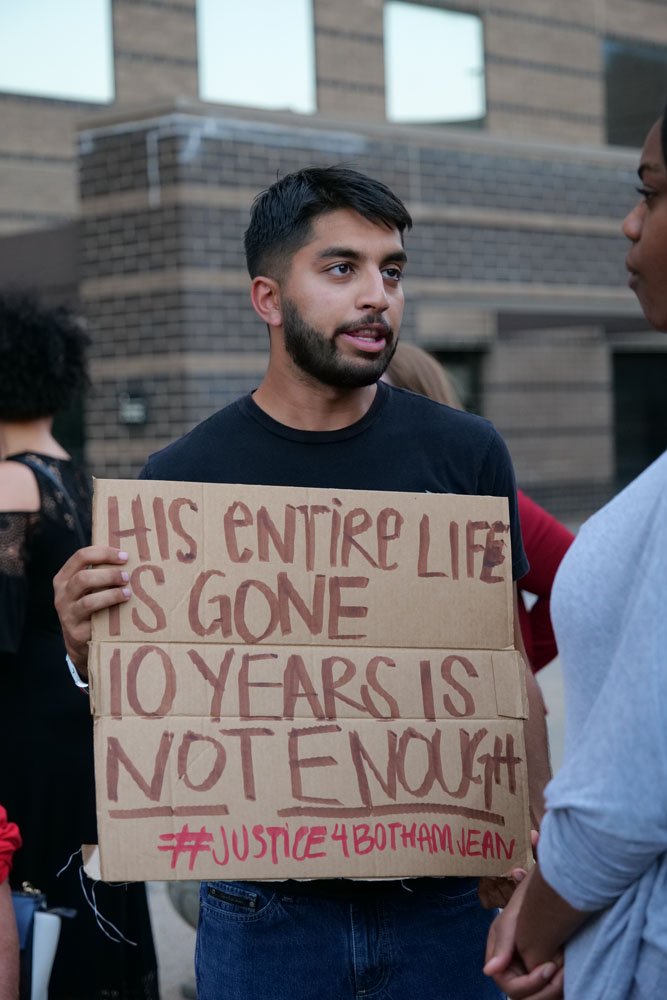 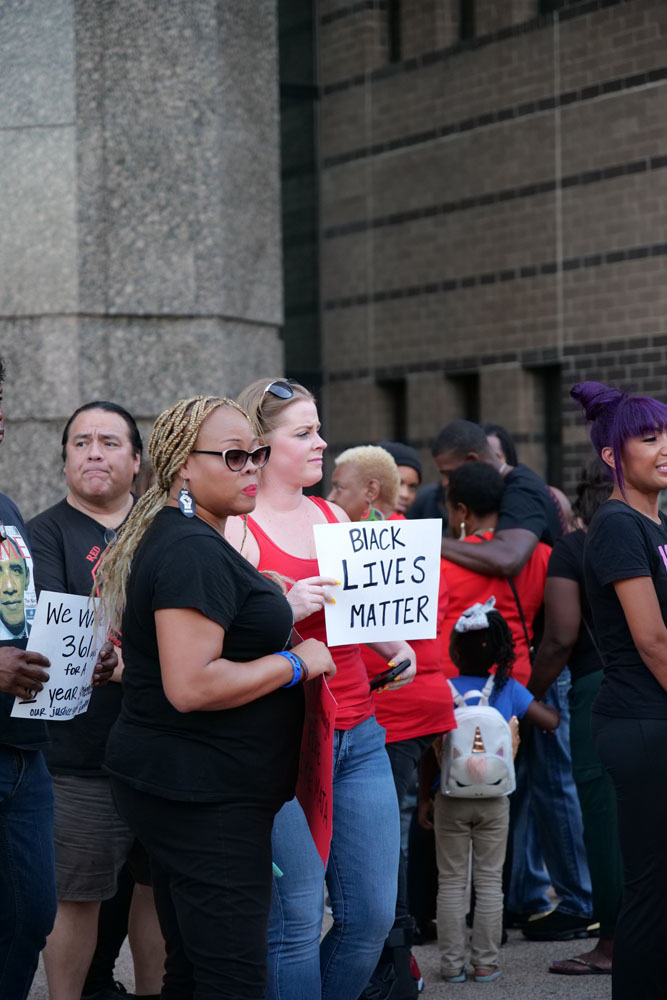 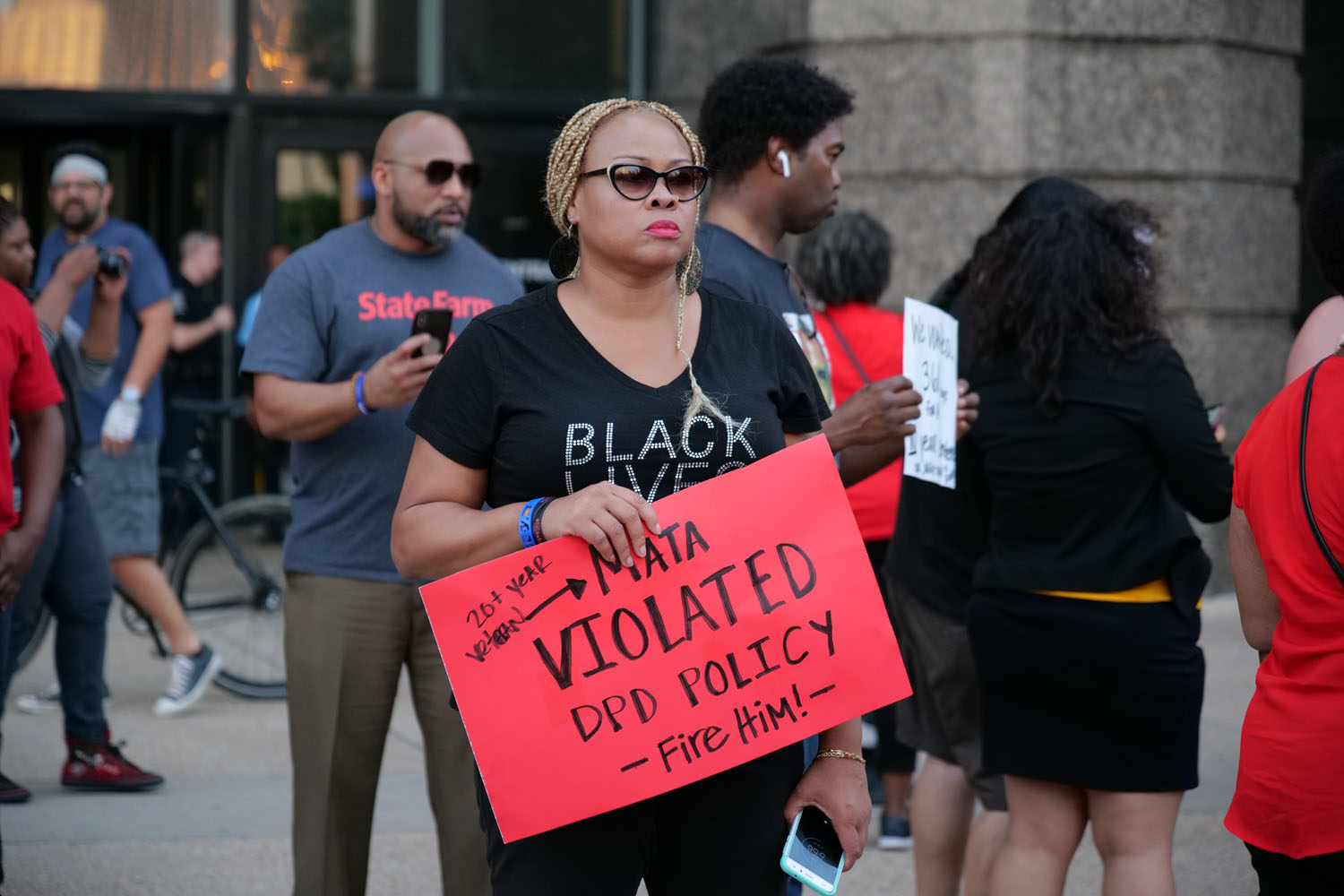 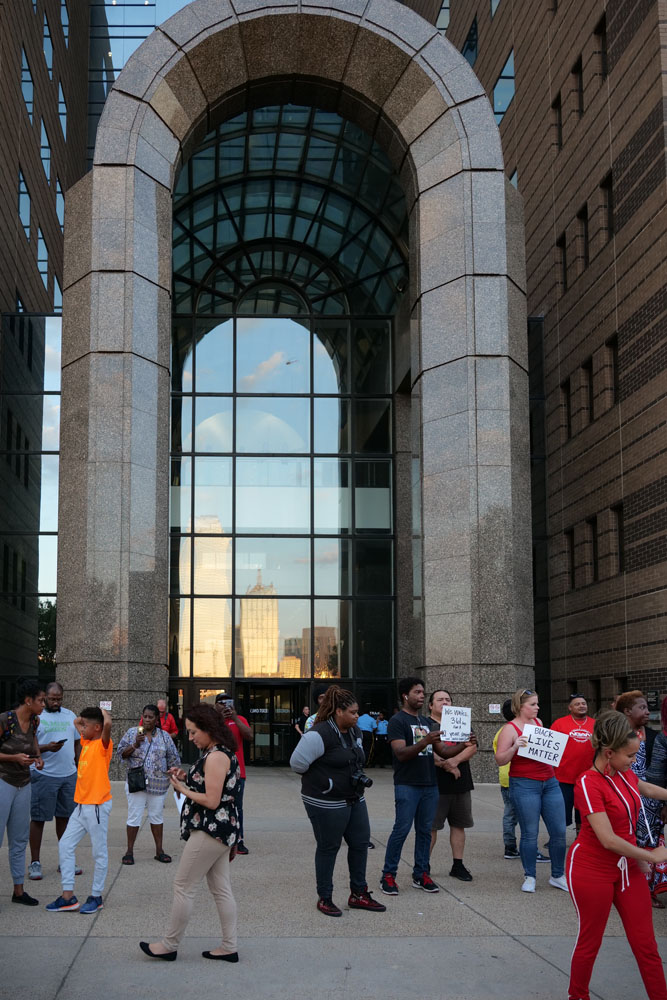 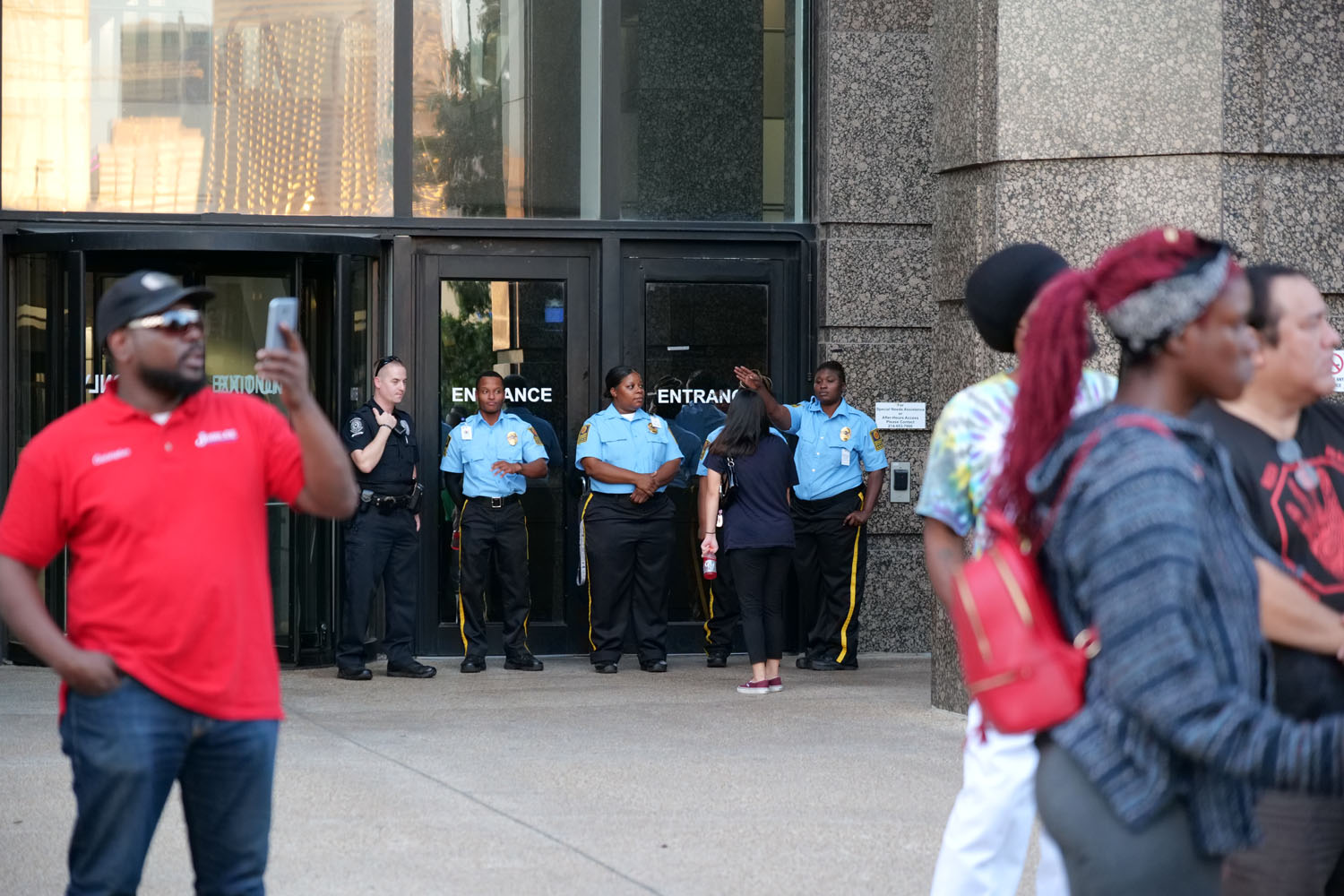 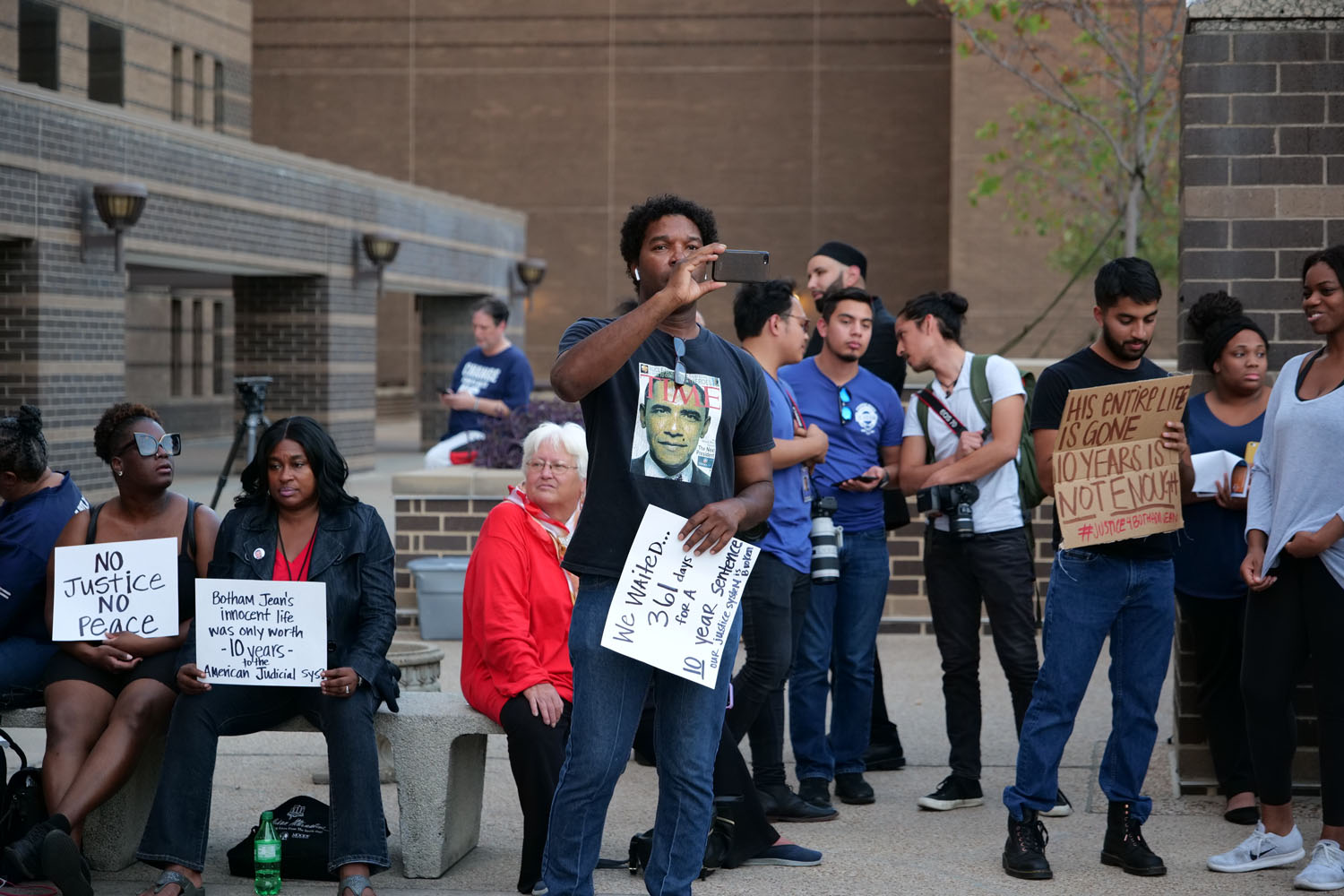 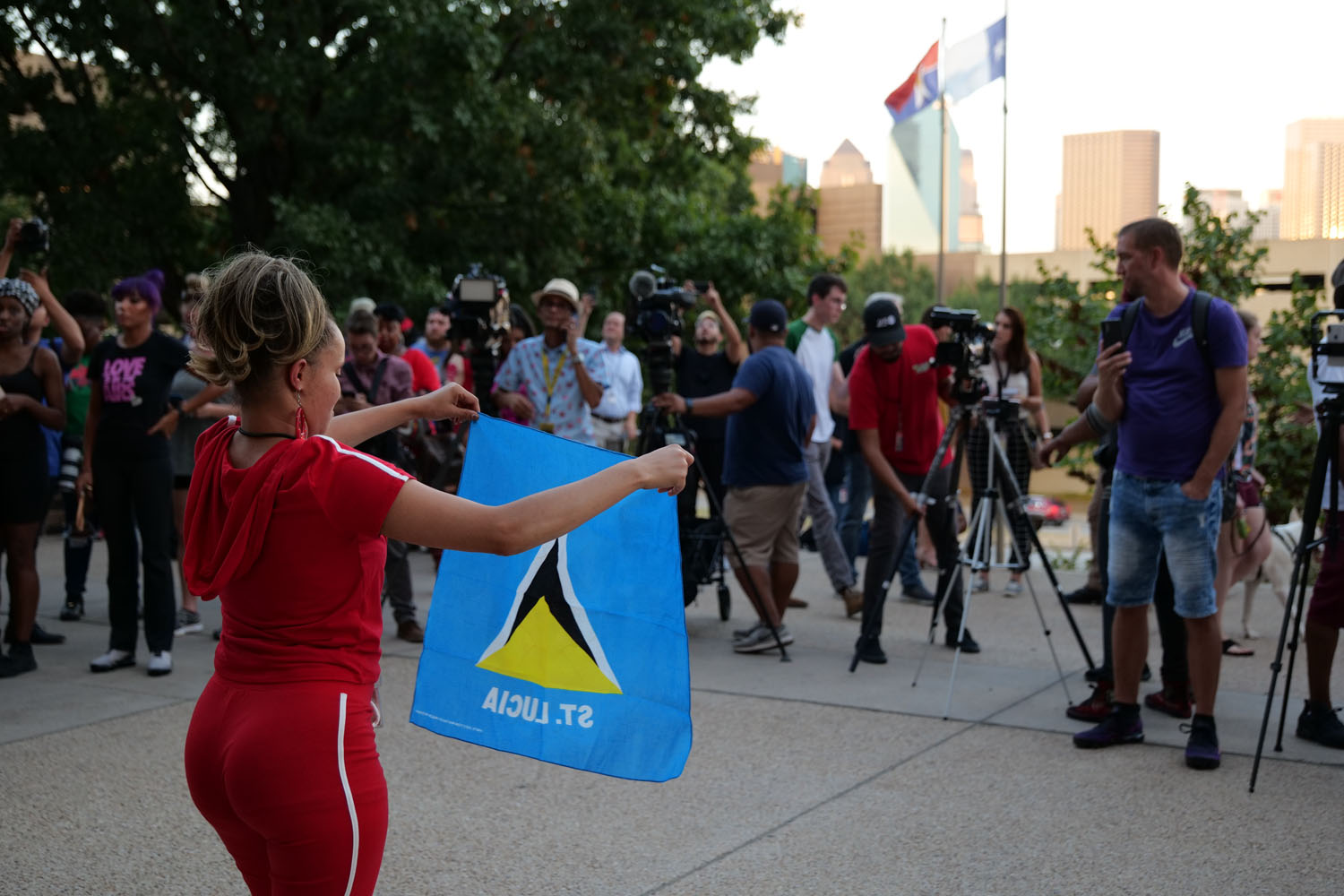 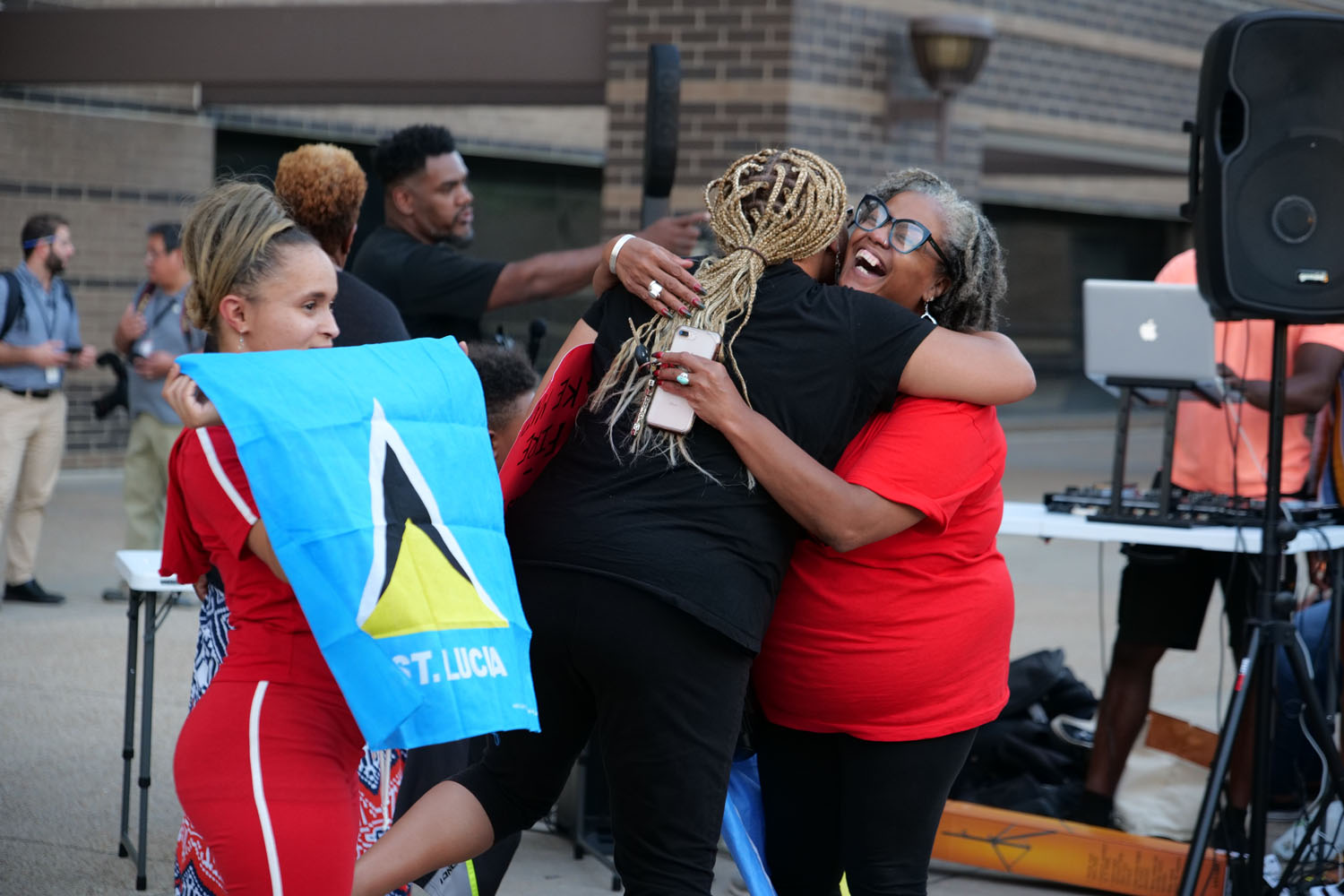 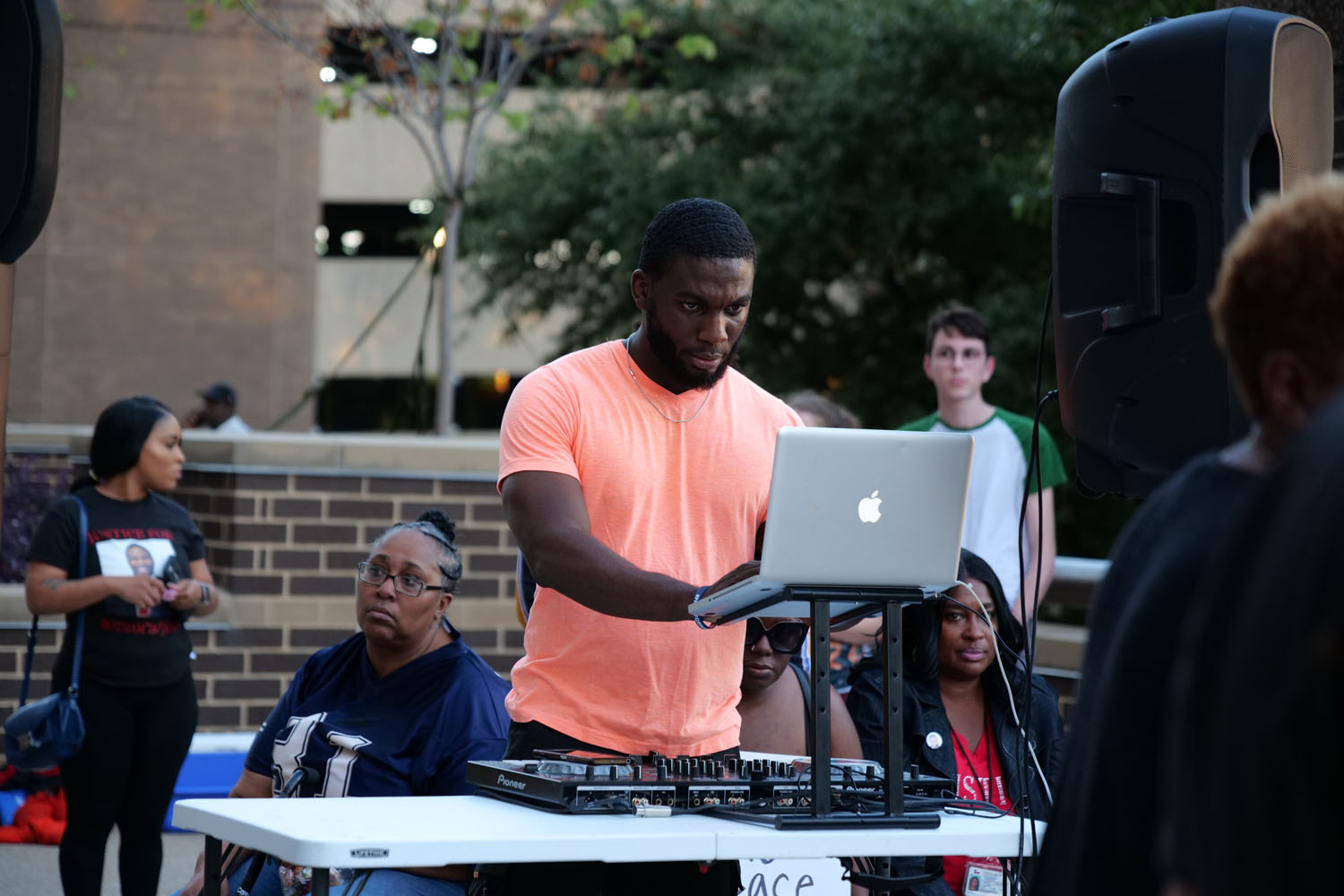 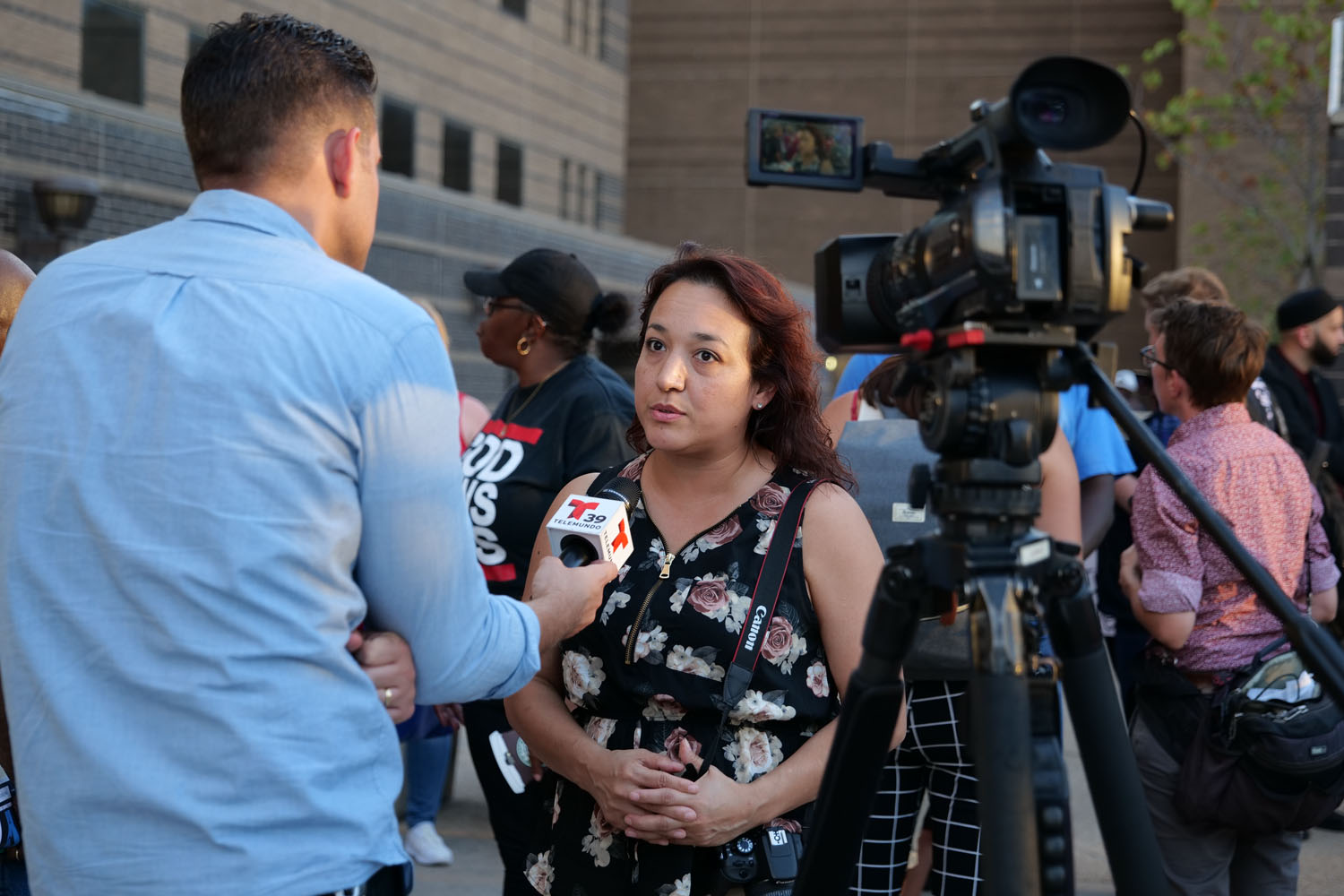 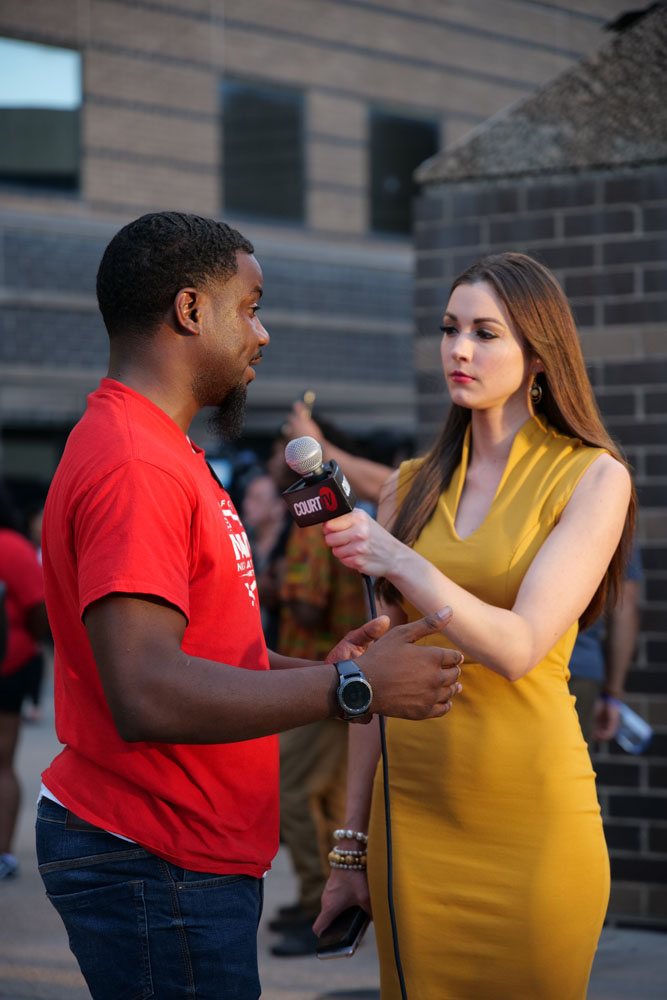 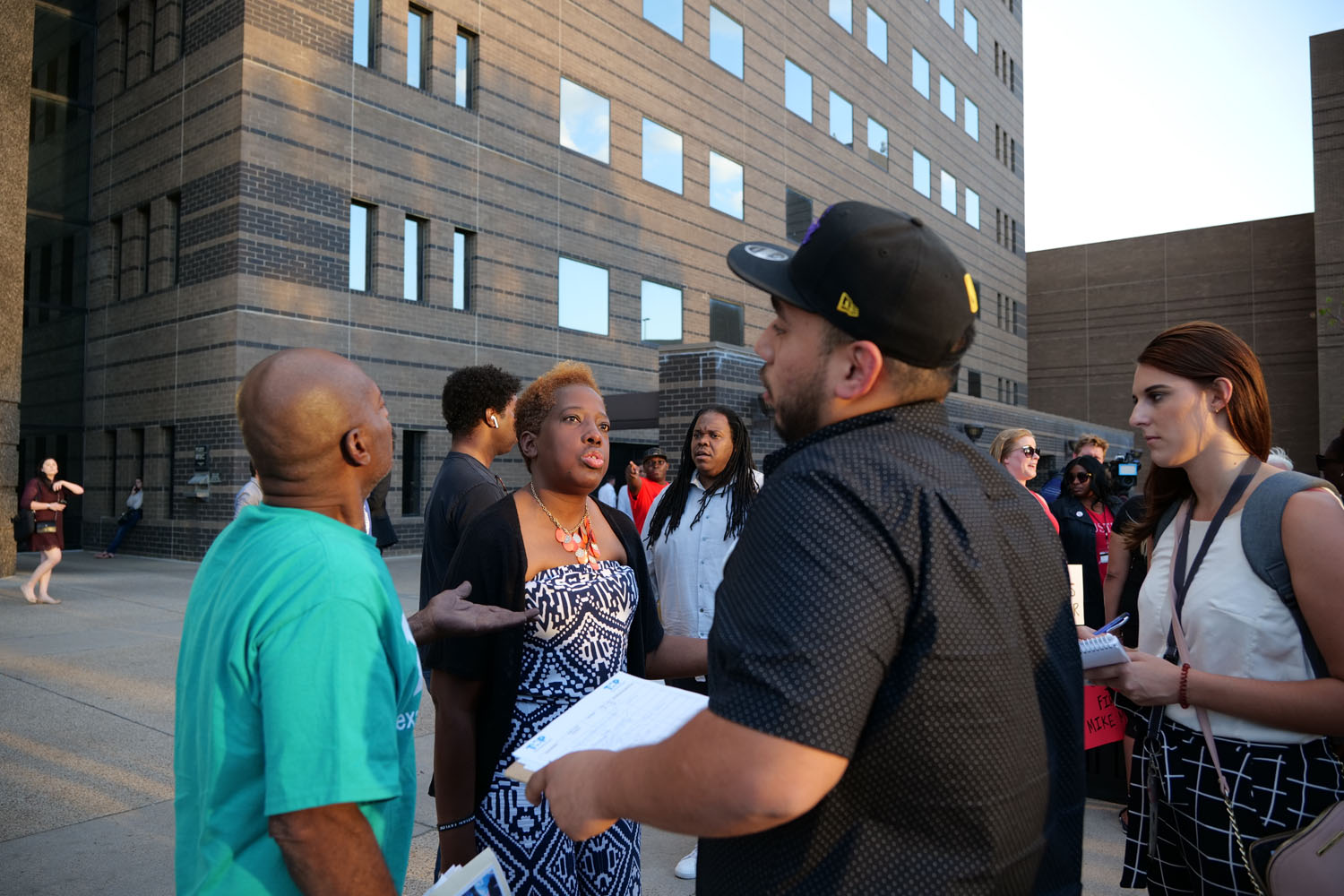 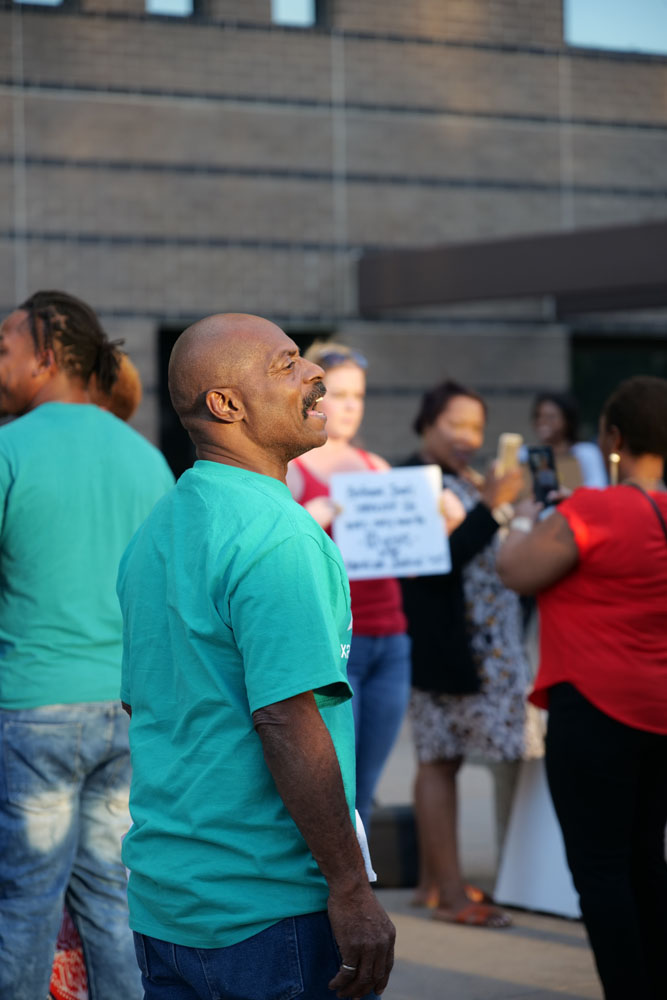 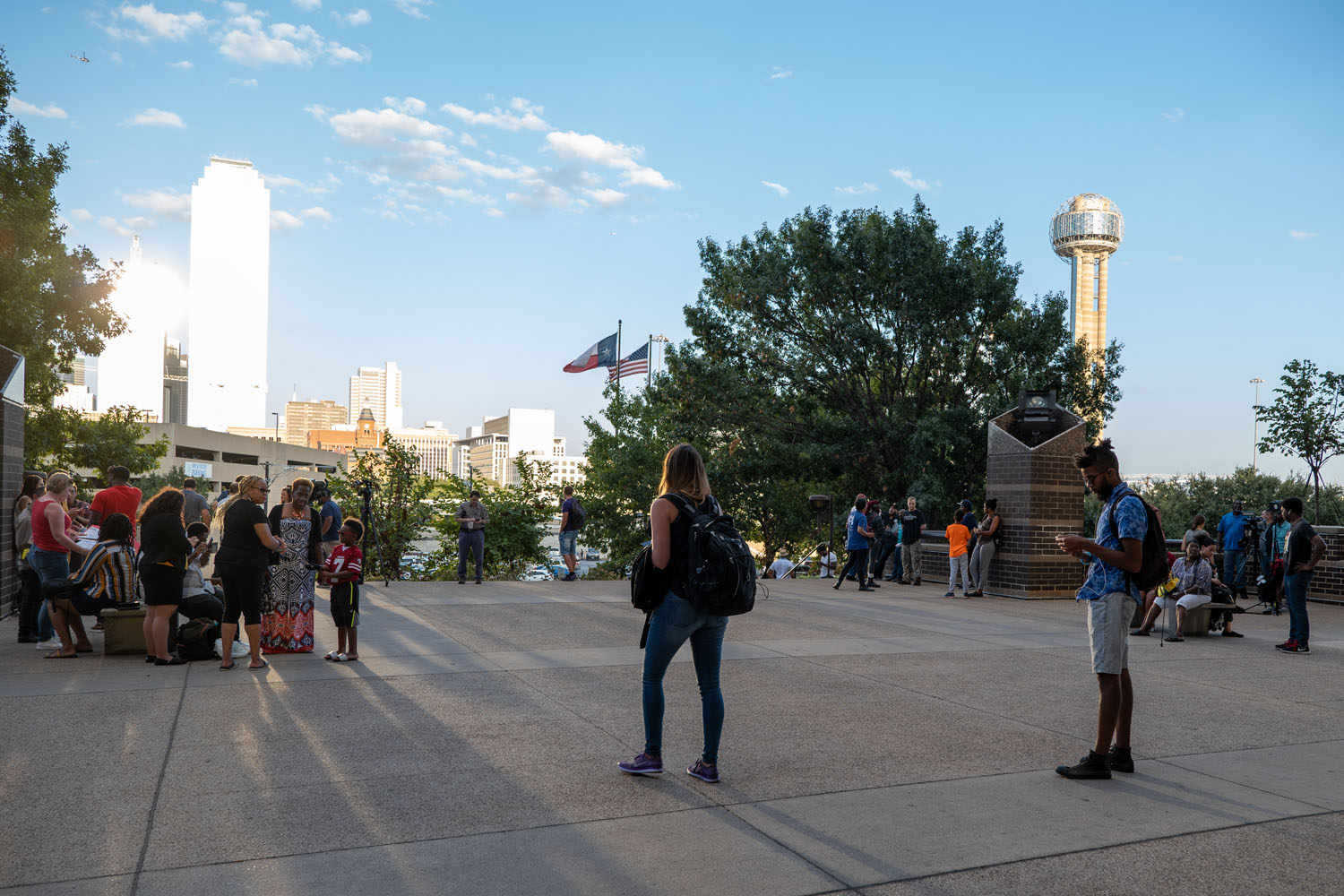 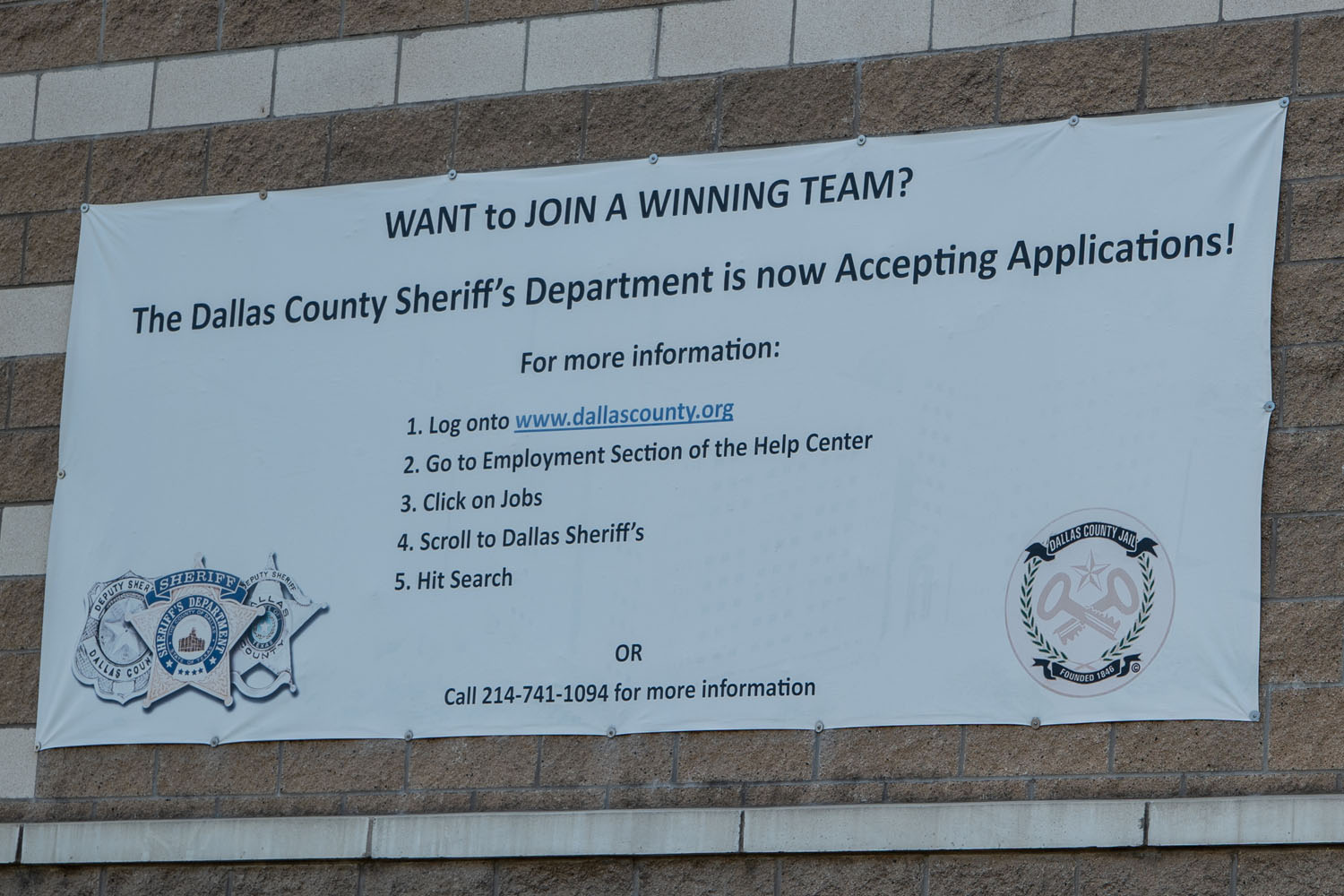 Following Speeches Outside Of The Courthouse That Housed The Trial, Some Demonstrators Then Marched Through The Streets Of Downtown Dallas.

On Wednesday evening, under the shadow of the Frank Crowley Courts building and the whir of press helicopters circling above, activists gathered to air their grievances against the City of Dallas and its police department.

It’s been a year of grieving for many people in Dallas since the death of Botham Jean. Now at least, that death can officially be called a murder following the Tuesday conviction of his killer, the ex-Dallas police officer Amber Guyger. But any good feelings the community gained from that murder conviction quickly dissipated on Wednesday as a sentence of 10 years was handed down by her trial’s jury.

Such was the focus of this gathering, the tone of which was immediately set at its 6:30 p.m. start by Next Generation Action Network leader Dominique Alexander calling for the resignation of Dallas Police Association president Mike Mata, who was revealed last week to have instructed officers to shut off their cameras upon his arrival on the scene of Jean’s murder.

“The Dallas Police Associate president has to go,” Alexander exclaimed to the cheers of those watching on. “He has to resign.”

Alexander was not the only speaker to speak. As the event wore on, he introduced several other speakers: Dee Crane, whose son Tavis Crane was shot and killed by Arlington police officers in 2017; Joshua Taylor, the former Arlington City Council candidate whose brother Christian Taylor was shot and killed by police at the age of 19 in 2015; and Imam Omar Suleiman, the charismatic Dallas religious leader whose presence has become a permanent fixture at area protests in recent years.

Per Alexander, the goal of the night was to show that, while these people came together because of what happened to Botham Jean, additional reasons for regional police reform are plentiful.

“If we can’t get justice, there won’t be no Texas-OU game, there won’t be a State Fair — I’ll shut the whole thing down,” Dominque Alexander at one point said to an emotional crowd in front of the courthouse.

Following the speeches, a large group of these activists then took to the streets. They marched down Riverfront Boulevard and eventually made their way to the West End area. Some demonstrators then blocked traffic in Downtown Dallas, leading to one female demonstrator, Safiya Paul, being arrested by the police on Pedestrian in the Roadway and Failure to Identify charges. Paul was eventually released later in the night on $500 bond. Eventually, activists circled back toward Frank Crowley Courts around 10 p.m., at which point they dispersed with promises to continue their fight in the days to come.