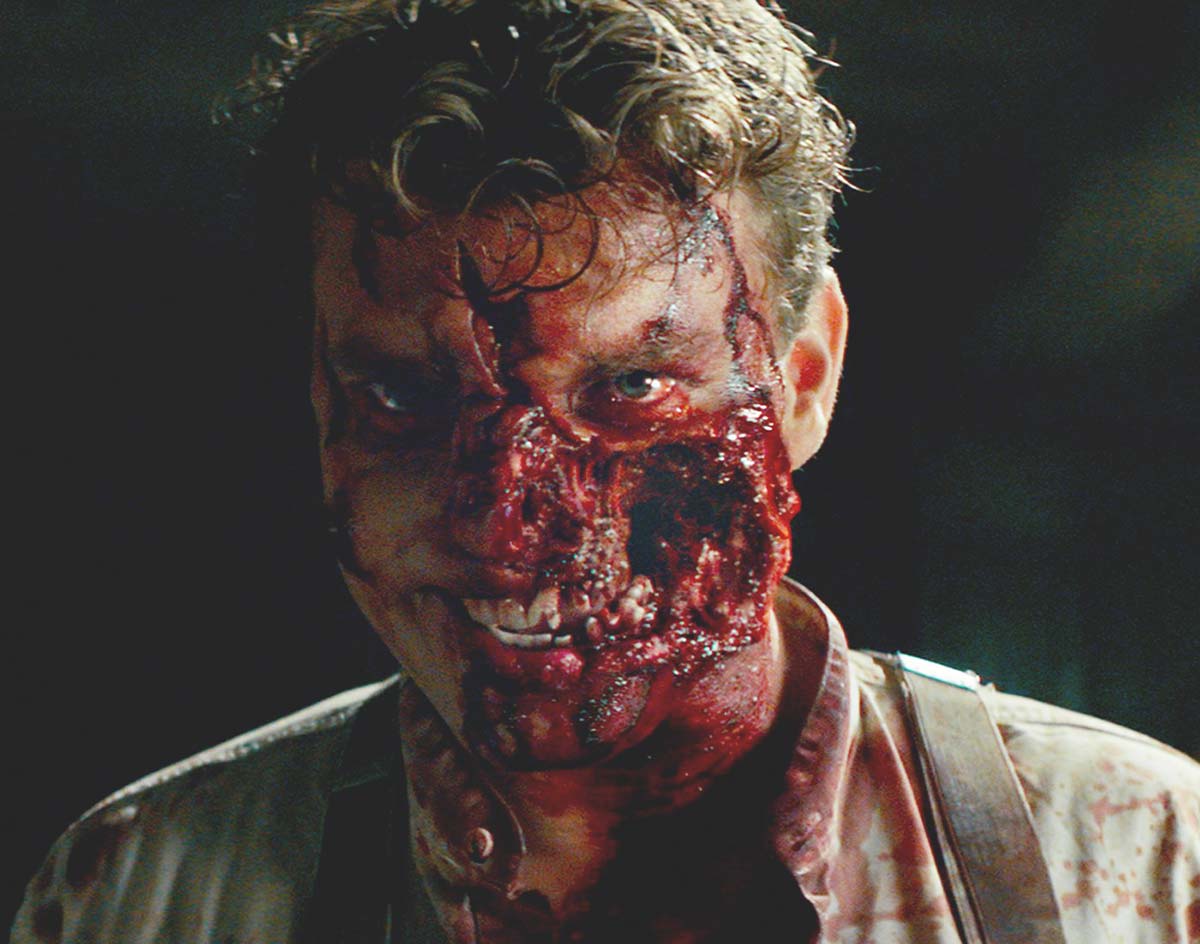 Despite A Solid Cast, A Slick Look And A Promising Concept, The J.J. Abrams-Produced Overlord Ain’t Worth Going To War Over.

But that doesn’t quite sum up the movie. Moviegoers expecting a horror war hybrid will be sorely disappointed by what Overlord brings to the table.

The film follows a company of soldiers dropped behind enemy lines the day before D-Day who have been tasked with taking down a communications tower on a church. The idea? To hinder the Germans and ensure an Allied victory on the big day.

It hits the ground running too by introducing the main soldiers Boyce (Jovan Adepo), Ford (Wyatt Russell), Tibbet (John Magaro) , Dawson (Jacob Anderson) and Rosenfeld (Dominic Applewhite) right before their plane is shot down. Specifically, the surprisingly tense opening scene shows the chaos and carnage all around Boyce as he survives the drop against all odds. Then, after connecting with the rest of his troop’s survivors, the soldiers head to a village near the tower. There, they start seeing increasingly creepy things — a bizarre animal corpse first, then some deformed villagers.

Things get weirder from there.

Considering he’s just a second-time director, Avery has an impressively keen eye for hauntingly beautiful images and a real talent building tension. His cast does a great job also, with Wyatt Russell even finally dropping the slacker stoner persona from his prior work to a hilariously dour tough guy act here. Add in the fact that there’s some really great gore and freaky makeup throughout this film, and it should by all accounts be a winner.

Well, except for the fact that the script is severely lacking. Every single beat that you could imagine for a movie built around this premise actually happens. Meanwhile, every character acts more like a stereotype than a person. This even extends to the villains, where Pilous Asbaek is trying his hardest to ape Christoph Waltz’ now-iconic Hans Landa from Quentin Tarantino’s Inglourious Basterds. Even the scientist character looks like a dollar store Toby Jones.

The film is also lacking in its justification of the gruesome Nazi experimentation at the center of its plot, which is especially disappointing considering that the real-life Nazi’s actually did well-documented and horrific experiments on their concentration camp prisoners. Meanwhile, it just glosses right over what war movies over the decades have shown us, that war itself is the true horror.

By exploiting this and turning it into a horror extravaganza, nothing’s really gained. There’s literally no allegorical or metaphorical justification for this angle. Not even the “zombies” are especially interesting. Overlord is all premise, no payoff — a film with the thematic weight of a single video game level.

The one positive here? At least it’s not another Cloverfield movie.