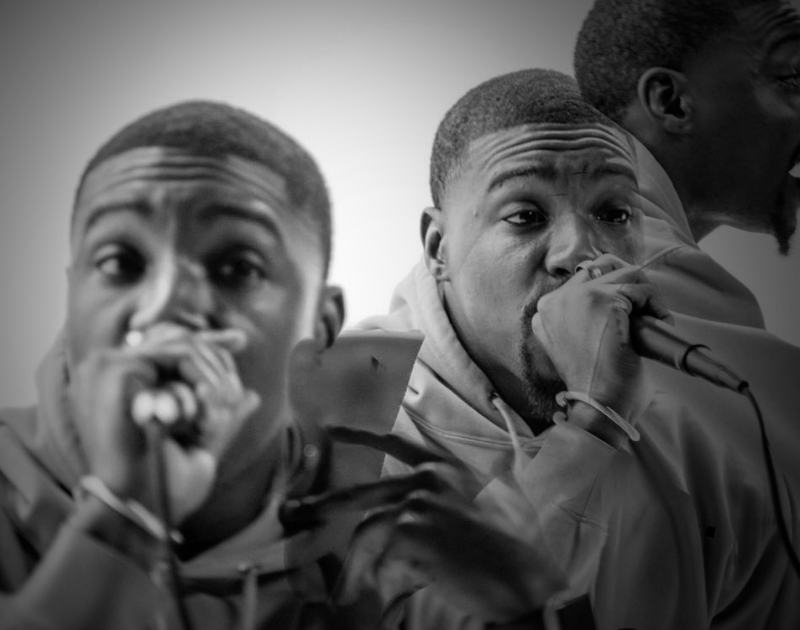 Lamar Adot Thomas – “Energies”
RIYL: Weathering the storm.
What else you should know: We’ve made much ado about the many North Texas rappers that have signed major deals this year. At some point, that rising tide is bound to raise the hundreds of other ships still plugging away, too.

For instance, at the other end of the spectrum are guys like Lamar Adot Thomas, who is really only at the beginning of his ride, having just played his first paying gigs this year. But it’s not like he’s a complete n00b, either: The New Orleans-raised rapper has four albums and 11 mixtapes to his credit thus far.

We can’t imagine that any of those are as solid as his latest, though. October’s Aura LP mixes in some of his home city’s soul and jazz flavors – as well as an obligatory New Orleans bounce track – with some of the Dallas vibes that he’s picked up since relocating here in the aftermath of Hurricane Katrina devastating his hometown. It’s a sly mix of NOLA resilience and the Texas boldness.

Over the years, the rapper has clearly learned to weather a storm and fight through adversity, all while taking things not just with a grain of salt but a sprinkle of Tony Chachere’s. Thomas has previously said that he takes inspiration from the fact that pressure is what turns coal into diamonds, and he applies those principles to his life and writing.

As a result, his latest album is calm and calculated, with the performer spitting wisdom in a plain and direct language that speaks directly to its audience. And find an audience he almost certainly will. On Aura, he shows off an ability to take a grain of sand and fashion it into a pearl.

Head here to check out the album in full on Spotify. Check out lead single “Energies” below.