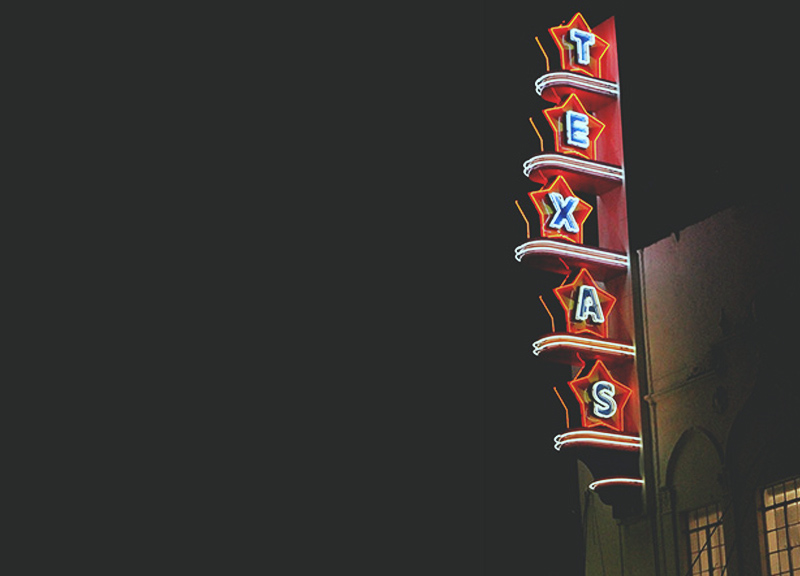 On The Eve Of Its Five-Year Anniversary, An Ode To The Texas Theatre.

Anyone who's lived in Dallas for any reasonable stretch of time can attest to the number of changes that this place, as a city, has gone through, especially in the last few years alone.

It's been a pretty amazing thing to watch: The old stereotype I so often heard when I was younger — that any cultural consumer in their right mind would choose to live in Austin over Dallas — has started to fade as this city has grown into to quite the center of culture and art all its own.

There are a number of factors behind this change, of course. But, for my money, Oak Cliff's Texas Theatre is at least partly responsible for it.

Just five years ago, my BFF Angela and I would often find ourselves driving to Austin just to watch some special repertory screening or see some quirky indie movie just out of the festival circuit.

There were simply no theaters around here showing anything like what we were looking for. No shade to the other independent theaters in town, but they tend to show a lot of standard fare that would be more Juno than say, Beyond the Black Rainbow.

That all started to change when the Texas Theatre opened back up five years ago. And given that the Avaiation Cinema-run theater is celebrating its fifth anniversary with a series of special screenings and a “behind the screen” show on Saturday, it only felt right to pen an ode about what this place has meant to me over the years.

For starters, it's one of the best places to watch movies in all of Dallas-Fort Worth. Over the years, I've just seen so many special screenings there — and not just repertory screenings, either. The Texas Theatre also hosts many first-run movies and just so happens to be the headquarters of my local favorite film festival, the Oak Cliff Film Festival, too.

I used to do birthday screenings back in the day here, so I'm pretty biased. But, man, were those times fun — if only because they gave me and my friends an excuse to order a few extra drinks at the bar. Oh yeah: They have a bar here, too, and it's a damn good one, as there's always rad special drinks and a good draft beer selection to choose from.

How about the fact that no other theaters in town have 35mm projectors or host nearly as many 35mm screenings throughout the year as Texas Theatre does? I don't know that you've truly ever seen Rock N' Roll High School, Stop Making Sense, the freakish Return to Oz or even a new releases like Guardians of the Galaxy until you've done so in their most beautifully flawed format.

It really is the little things here. Ever check out the many recurring film series hosted here? TNT (Trash Night Tuesday) is a free night of sleazy and trashy, low-budget genre films. The queer cinema-focused Cinewilde features stuff from noted filmmakers like John Waters. Not many other theaters would dare, let alone bother, to dip their toes into the stuff the Texas Theatre rightly reveres.

But, again, it's not even just about the movies here. I've also seen some of the most memorable concerts of my life in this theater. In 2013, I saw Midlake celebrate the release of Antiphon here — and it was a great, great show. I saw legendary Italian giallo soundtrack legends Goblin perform one of their very few U.S. dates ever at the time in this space. And right before that, I saw what was probably the best Pinkish Black set I've ever seen from those local heroes of doom and gloom. I've been introduced to a number of local musicians here, actually. The “behind the screen” shows are always memorable thanks to their dark and industrial setting in the back of the theater. But I've even seen greatness out in the lobby. That's where I got to witness an intimate show from Dallas rapper Sam Lao and first realized just how obvious her talent is. She had the whole lobby mesmerized with her charisma at that show, and her music was so enjoyable, it caused everyone in the place to just all of a sudden start bumpin' and grindin'.

Before Oak Cliff and Bishop Arts became the yuppie destination it stands as now, the Texas Theater's location here served as a gateway for me into this area's unique charms. It was through heading that way for a random screening that I first found an excuse to try the seminal vegan restaurant, Spiral Diner. I've since transitioned from vegetarian to vegan because of that restaurant — although, really, if you want, you could credit the Texas for even that

Speaking of food, do you want to know the biggest reason why I love this place? OK, but it's going to sound dumb. It's here where I discovered my super weird obsession with popcorn covered in Frank's Red Hot Sauce. Like, I said, it's dumb. But it's something I eat at movies all the time now, and the Texas is where I first did it. Like I said, it's a weird thing. But that too somewhat speaks to what the Texas Theatre provides.

The Texas Theatre is just a safe space for cultural experimentation. For five years now, I've loved it more than any other theater in town, and for that very reason.

It's a great space. The people that run it and work there are great, too.

Here's hoping the last five years are only the opening scene of the Texas Theatre's epic story.

The Texas Theatre celebrates its five-year anniversary on Saturday, December 12, with screenings of The Royal Tenenbaums and The Shining, plus live performances from Pinkish Black, Party Static and Blue, The Misfit. Head here for tickets and more information.