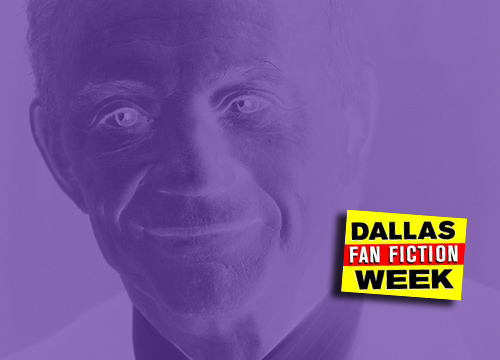 “Dr. Phil’s Show of Revelations.”
Talk shows are a massive production. They seem so simple as they’re placed in front of us with seasoned personalities oozing their dogma. From your couch, it’s a seamless little thing, complete with transitional graphics. But behind the curtain, down in its guts, it’s organized chaos: Production assistants scurry about; guests are thrown here and there and prepped by producers; audio technicians tinker to make sure the sound — from the boom mics to the lavaliers — are extra crisp; makeup artists powder up faces to perfection. This sheer mass of people also must be fed, and they’re fed particularly well.

The massive craft services table here is gaudy, as if Leonardo da Vinci rose from the dead and curated it himself. James, a production assistant, hovers above the table and stacks a paper plate with sushi, a ham and turkey sandwich and tacos.

“Don’t be such a fucking glutton, James,” says Thad, one of the show’s executive producers. “You have 15 — tops — and then I need you to sit the audience. 15 minutes.”

James inhales what food he can. The rest, he puts in a plastic bag that he then puts in his backpack to save for later. For a poor theater student like him, this is scores above Ramen and hot dogs.

Sitting the audience isn’t easy. 416 lucky people are at today’s special taping, each earning the chance in their own unique ways. Most stood in a long line that wrapped around the Irving studio. A handful used connections that made it particularly easy to get a coveted seat. Three lucky die-hard Cowboys fans won their chance to see Jerry Jones get interviewed by Dr. Phil thanks to a radio show contest on 105.3 The Fan, the flagship of the Dallas Cowboys Radio Network.

The DJs at the radio show ran a call-in contest. Three of those callers would get tickets, along with a plus-one, to the special taping of the Dr. Phil Show featuring Jerry Jones. They simply had to be the sixth caller to phone in and answer one of three specific questions.

In what years were the Dallas Cowboys Super Bowl champs?

What Cowboys coach did Jerry Jones play football with in college?

For what did Jerry Jones find himself in legal trouble in 2014?

Philip called in sixth for the final question. As he and the DJs talked about Jerry Jones’ sexual assault scandal, one of the jockeys remarked, “I mean, c’mon, do you really believe that stripper?!?!”

“Hell no,” Philip said. “That broad is just looking for a payday.”

The last people James sits are Philip and his wife, Candace. He sits them 12 rows back, in an aisle seat. The producers use an attractive scale that determines who gets to sit where. Philip and Candace are a seven. Sevens get the aisle seat.

“How much longer until this dang thing starts?” Philip asks. “Y’all can’t you just get to it?”

“Shortly. It won’t be too much longer. We’re just making sure everything is settled.”

James is polite and calm. He’s a fine actor.

* * * * *
When Dr. Phil McGraw walks out in a stiff Men’s Warehouse suit, the studio audience erupts. A brightly lit neon sign flashes the word “APPLAUSE” above head, but this is all natural.

The crowd erupts yet again.

“You excited? Hell, I’m excited. I’m ’bout excited as a dog with a new bone. So, we’re just gonna get straight to it. Everybody: Jerry Jones!”

The crowd erupts — yes, yet again — as Jerry Jones walks out from behind the back of the set and over to Dr. Phil at the center of the stage, where the two shake hands. They go into a thunderous rendition of “The stars at night are big and bright — [clap, clap, clap, clap] — deeeeeepppp in the heart of Texas.”

“Settle down there, guys! You know that’s not the right show, right?” Dr. Phil says, all too happy with himself.

“Now, Jerry, I wanna thank you for coming out here and getting in touch with me to have this show. I don’t even know what you’re gonna reveal, but I’m here to help you get through it.”

“Please allow me to introduce myself,” Jones says. “I’m a man of wealth and taste.”

“These people know who you are. Don’t be as silly as a goose fighting a shovel.

“I’ve been around for a long, long year,” Jones continues. “Stole many a man’s soul and faith.”

“Here you have it, folks. Here is Jerry Jones expressing remorse for some of the decisions he’s made as the owner of the Dallas Cowboys. Some would say, ‘Well, that Jerry Jones, he just chews ’em up and spits ’em out like tobacco.”

“Tell us. Tell us all… right after this commercial break!”

Phil turns away from Jones and addresses the camera.

“Does Jerry have cancer? Is he retiring as owner of the Cowboys? Are we all getting free cars? Who knows? But we’ve got some news that’s surely gonna knock you on your ass like a shit-kicking steer.”

The cameras stop rolling for a 15-minute break. Its when the filming stops that most of the studio action really takes place. As Thad runs around barking orders, James follows him.

“What is he gonna reveal?”

“Welcome back, everyone. Sorry to keep you waiting, but we’re here with Jerry Jones, and he’s getting ready to reveal his secret right now”

“Pleased to meet you,” Jones says. “Hope you guess my name.”

“Is Jerry Jones not your real name?”

“Well, if it ain’t dead, don’t dry the stallion! That’s just my Phil-osophy.”

“Phil, I’ve made some mistakes here and there, I concede. But it’s in my blood.”

“Jerry, are you saying th–”

“Hey, I know that sometimes you get Cowboys fans as pissed as a startled coonhound, but don’t let it get you down, man.”

“Depression is a very common psychological disorder,” he continues. “It’s a disease. Millions suffer from it. There is a stigma behind it, but don’t let that stop you from seeking help.”

The audience claps. Phil puts his hand on Jones’ knee.

“I’m here to help. I’m glad you’re reaching out. You are an inspiration.”

“You idiot,” Jones says while smacking Phil’s hand away. “I’m not depressed.”

“Hey, when the cow takes a dump in the courthouse, you needn’t get aggressive.”

“What in the hell does that even mean?”

“It’s like when Billy gets drunk: The potato salad gets cold.”

“Phil, none of what you’re saying actually makes any sense. These aren’t common southern sayings. They’re just words put together. Are you having a stroke?”

“Well, right now, I feel like I must not know my ass from my shoulder.”

“You’re so, so dumb,” Jones says. “You couldn’t pour piss out of a boot with the instructions written on the heel. That’s fact — and also a thing people actually say.”

Jones can’t take it any more.

“Listen carefully, Phil: My secret is that I’m the Devil.”

“I’m shakin’ like a Shiner Bock tryna to shit a peach pit!”

Jones rips off his lavalier mic and starts to storm off. Then he remembers that he’s the devil. So he just evaporates through the gates of hell, right into Arlington.

“There you have it, folks. Dra-ma. In-trigue. Jerry Jones is the devil. We’re now gonna answer some questions. Our PA, James, he’s going to come around with a microphone.”

James walks over to Philip, who looks completely flustered.

“Is Jerry not gonna talk about who he’s looking to draft this year? It’s like, Romo’s great, he’s a legend. But he’s getting kind of old. It’s about time we start looking to the future.”

The crowd erupts yet again.

• All Tay’s Exes Perform In Texas. On a serendipitous evening three of Taylor Swift’s ex-boyfriends perform in Dallas at the American Airlines Center. Yes, there is drama. Yes, there is bad blood.
• Out To Lunch With John Tesar and Matt McCallister. Two of Dallas’ most celebrated chefs have lunch… at a Taco Bell. James Beard award winner Alice Laussade’s hilarious story sheds a light on the chef’s “big” personalities.
• I, Nowitzki. Comedian Clint Werth pals around with Dirk Nowitzki, then steals his identity — and much to the chagrin of Tim Duncan.
• The Misadventures of Lo Down Loretta Brown. Ever wonder what it’d be like if Erykah Badu was a superhero? In this story she is; she’s Lo Down Loretta Brown.
• Too Old For This Chip. Frustrated at Dave for always exploiting them, the Chipmunks quit Hollywood, move to Texas and become the best ever death metal band in Denton.
• Another Keep-It-Real Moment. What happens when a radio ad pitch stops being polite and starts getting real?