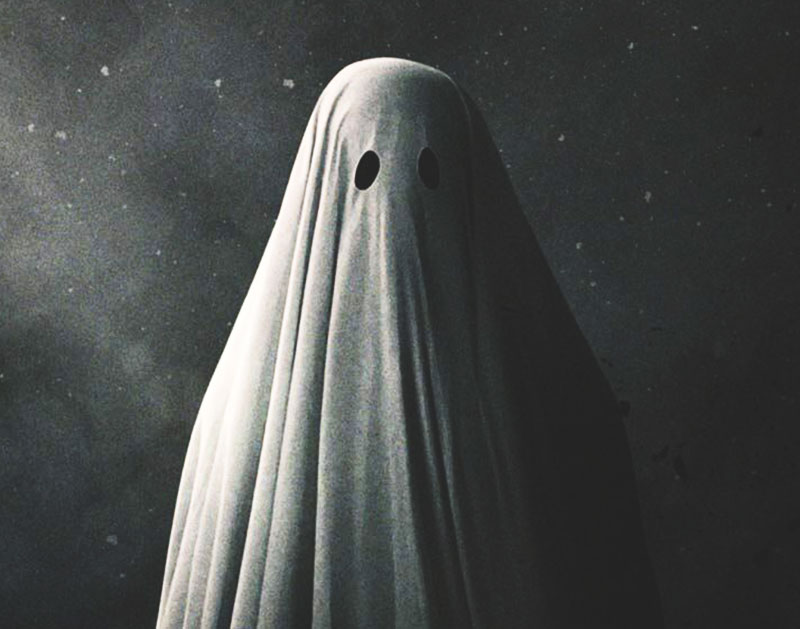 A month out from the start of its three-day run, the best film festival in North Texas has announced the lineup for its sixth annual offering. And it’s a doozy.

The inclusion of A Ghost Story is perhaps to have been expected. Lowery is a frequent collaborator of the Aviation Cinemas team behind the Texas Theatre and OCFF, and he shared a trailer of his Pete’s Dragon remake for Disney at last year’s fest while presenting a free outdoor screening of Flight of the Navigator. Still, it’s a helluva coup, given that Lowery’s production partner, Toby Halbrooks, tells us that the love- and grief-centric A Ghost Story, which finds this Dallas-based filmmaking team again collaborating with their Ain’t Them Bodies Saints stars Rooney Mara and Casey Affleck, is “the best movie we’ve ever made.”

The inclusion of Jodorowsky’s Endless Poetry is just as exciting, though, with the 88-year-old director’s son Adan Jodorowsky attending the screening for a Q&A and a post-show performance via his music alter ego, Adanowsky.

Of course, these two offerings are but a tip of the festival’s iceberg. Tickets to this year’s event run $11.50 for individual screenings, $35 for bundles of four screenings or $175 for VIP passes that offer entry to all screenings, all parties, all music performances and more. Purchase your tickets here, and check out the full schedule of events here.

Scan the festival’s own descriptions of all 25 films it’s screening below.

OCFF 2017 FEATURE PROGRAM
OPENING NIGHT SELECTION
LEMON (USA, 90 mins)
Dir. Janicza Bravo
Drama teacher Isaac Lachmann (Brett Gelman), a tall, balding man of extreme moods, is argumentative with everyone except for one student, Alex (Michael Cera). Willing to debase himself to get any kind of job in TV commercials, Isaac lets his relationship with longtime girlfriend, Ramona (Judy Greer), a blind woman, fall to pieces. In her directorial debut, Janicza Bravo displays an impressive sense of composition, timing, and humor wrapped in absurdist comedy.
DFW PREMIERE
Filmmaker Janicza Bravo and writer/star Brett Gelman in attendance
CLOSING NIGHT SELECTION
A GHOST STORY (USA, 87 mins)
Dir. David Lowery
With A GHOST STORY, acclaimed director David Lowery (Ain’t Them Bodies Saints, Pete’s Dragon) returns with a singular exploration of legacy, loss, and the essential human longing for meaning and connection. Recently deceased, a white-sheeted ghost (Academy Award-winner Casey Affleck) returns to his suburban home to console his bereft wife (Academy Award-nominee Rooney Mara), only to find that in his spectral state he has become unstuck in time, forced to watch passively as the life he knew and the woman he loves slowly slip away. Increasingly unmoored, the ghost embarks on a cosmic journey through memory and history, confronting life’s ineffable questions and the enormity of existence. An unforgettable meditation on love and grief, A GHOST STORY emerges ecstatic and surreal.
TEXAS PREMIERE
Filmmaker David Lowery in attendance. Producers Toby Halbrooks, James M. Johnston, and Adam Donaghey in attendance
NARRATIVE FEATURE COMPETITION
ASSHOLES (USA, 75 mins)
Dir. Peter Vack
Adah and Aaron are recovering addicts who are struggling to stay sober. After meeting in their psychoanalyst’s waiting room, they fall in love, relapse on poppers, and become the biggest assholes in New York City. Literally. Writer/Director Peter Vack makes his feature directorial debut with an undeniably special, WTF film, that will have you cry-laughing-nauseated.
DFW PREMIERE
Director Peter Vack in attendance
Preceded by CHILD PSYCHOLOGY (USA, 15 mins)
GOLDEN EXITS (USA, 94 mins)
Dir.Alex Ross Perry
Alex Ross Perry’s (Listen Up Philip, Queen of Earth) fifth feature is an intersectional narrative of two families in Brooklyn and the unraveling of unspoken unhappiness that occurs when a young foreign girl (Emily Browning) spending time abroad upsets the balance on both sides. With an ensemble cast, including Jason Schwartzman, Adam Horovitz and Mary-Louise Parker, GOLDEN EXITS is a finely tuned, unhurried examination of characters in stasis.